In spite of the rain the previous evening, on Sunday morning, July 31, we woke to sunlight streaming into our tents. It was a perfect summer morning, just slightly cool with a warming sun. Before heading home that evening, we had one more hike in store: a jaunt to Hawksbill Summit, the highest point in Shenandoah National Park. 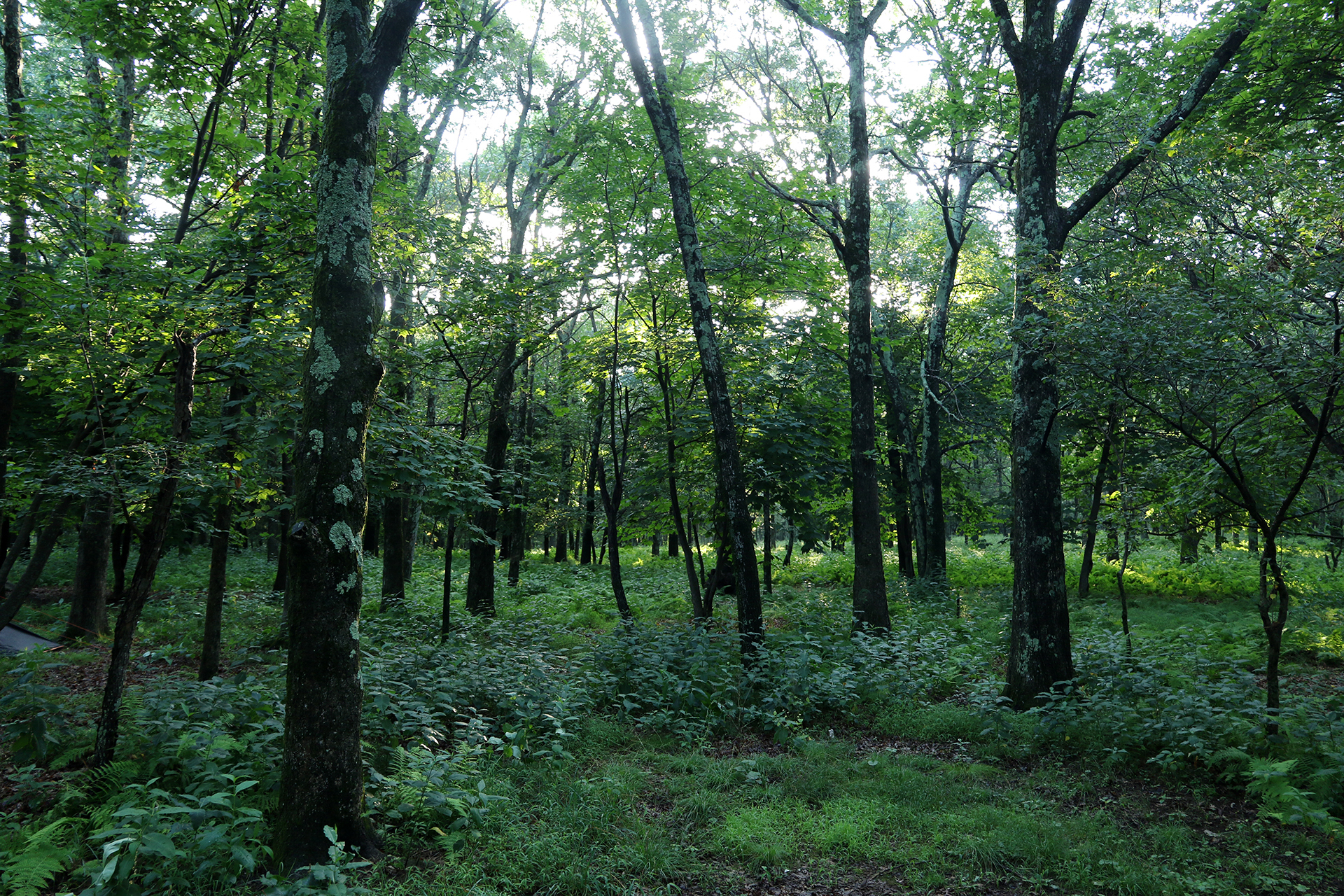 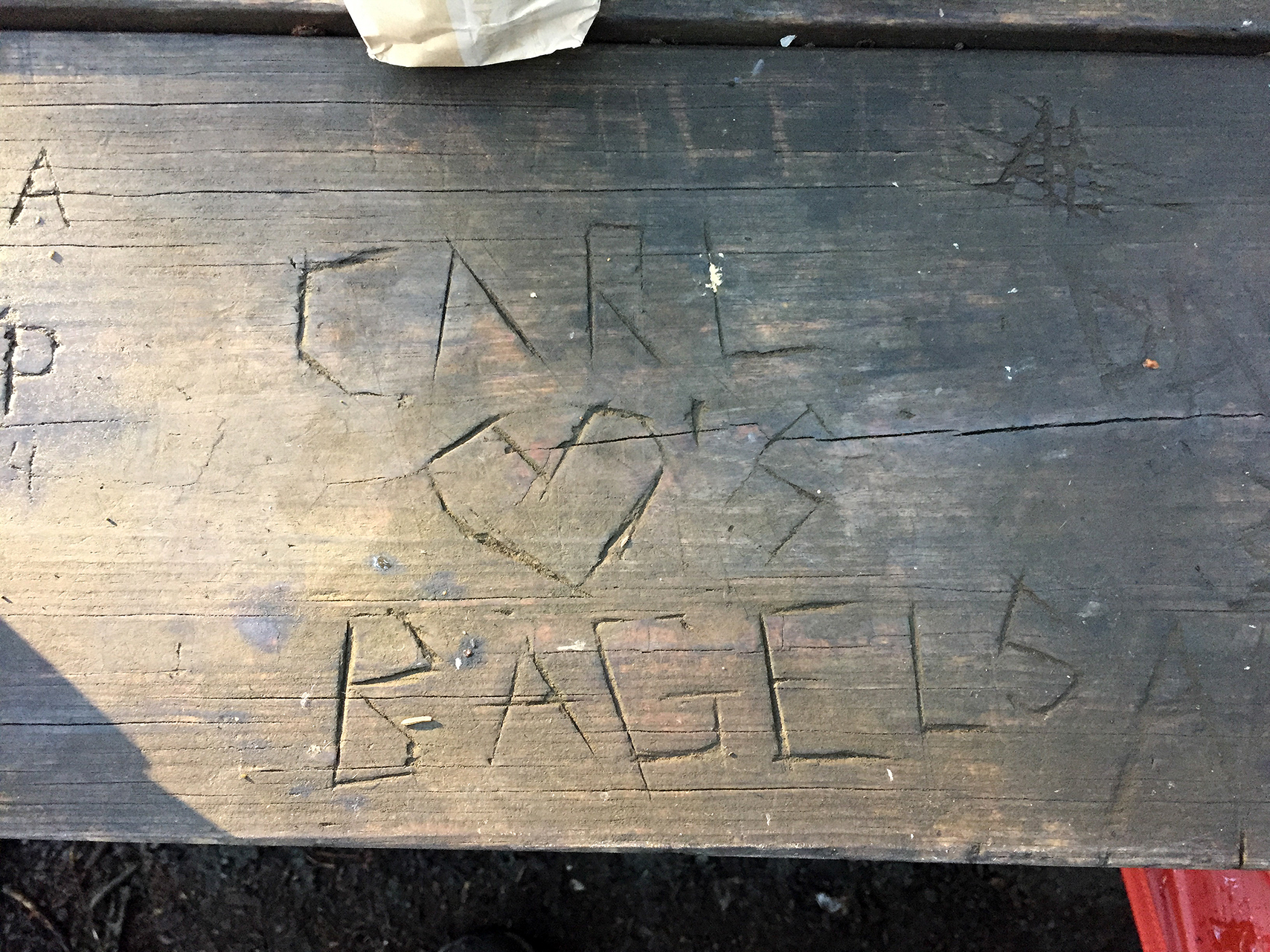 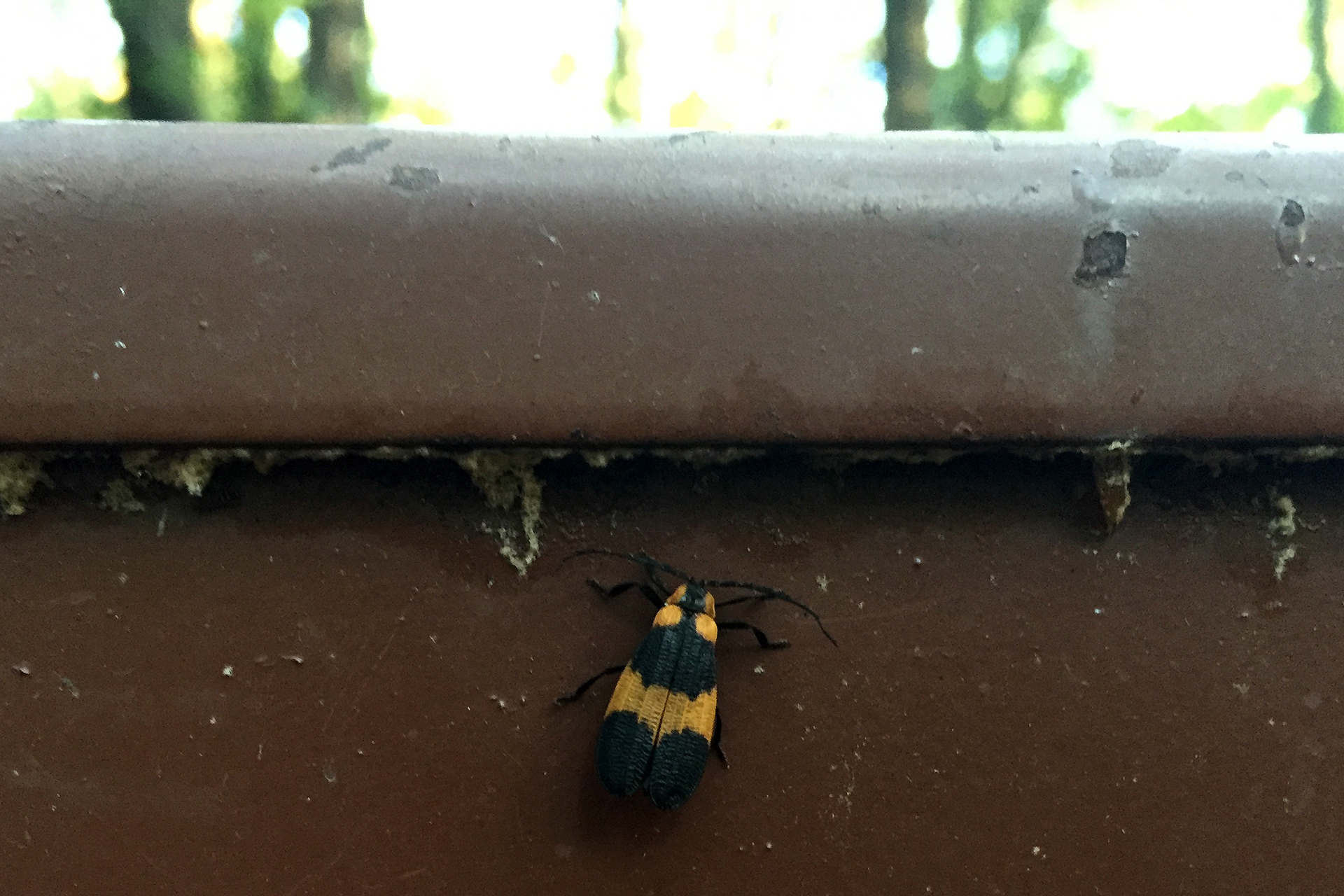 The mixture of evening rain and morning sun brought a different feel to our campsite. We noticed more insects moving about. And mushrooms had sprung up where there had been none before (a harbinger of what we were about to see on our hike).

And there was a small pile of Black Bear scat quite close to our tents. It was thrilling! Happily, we were all three responsible campers and everything had been stored overnight either in the bear box or in the cars. But even on the edge of a bustling campground and lodge and visitor center complex, Shenandoah was a wild place.

Hawksbill was a short drive north of Big Meadows on Skyline Drive. We arrived at the trailhead around 9:30am. Ahead of us was a relatively short hike. Starting at the parking lot elevation of about 3,600 feet, the trail climbed roughly 500 feet in 1.1 miles to the top of Hawksbill.

Not far into the forest, we began to notice the mushrooms. There were dozens of them in an array of shapes and colors. The precipitation from the previous evening had performed its magic, and lots of fungi had emerged from the forest floor. 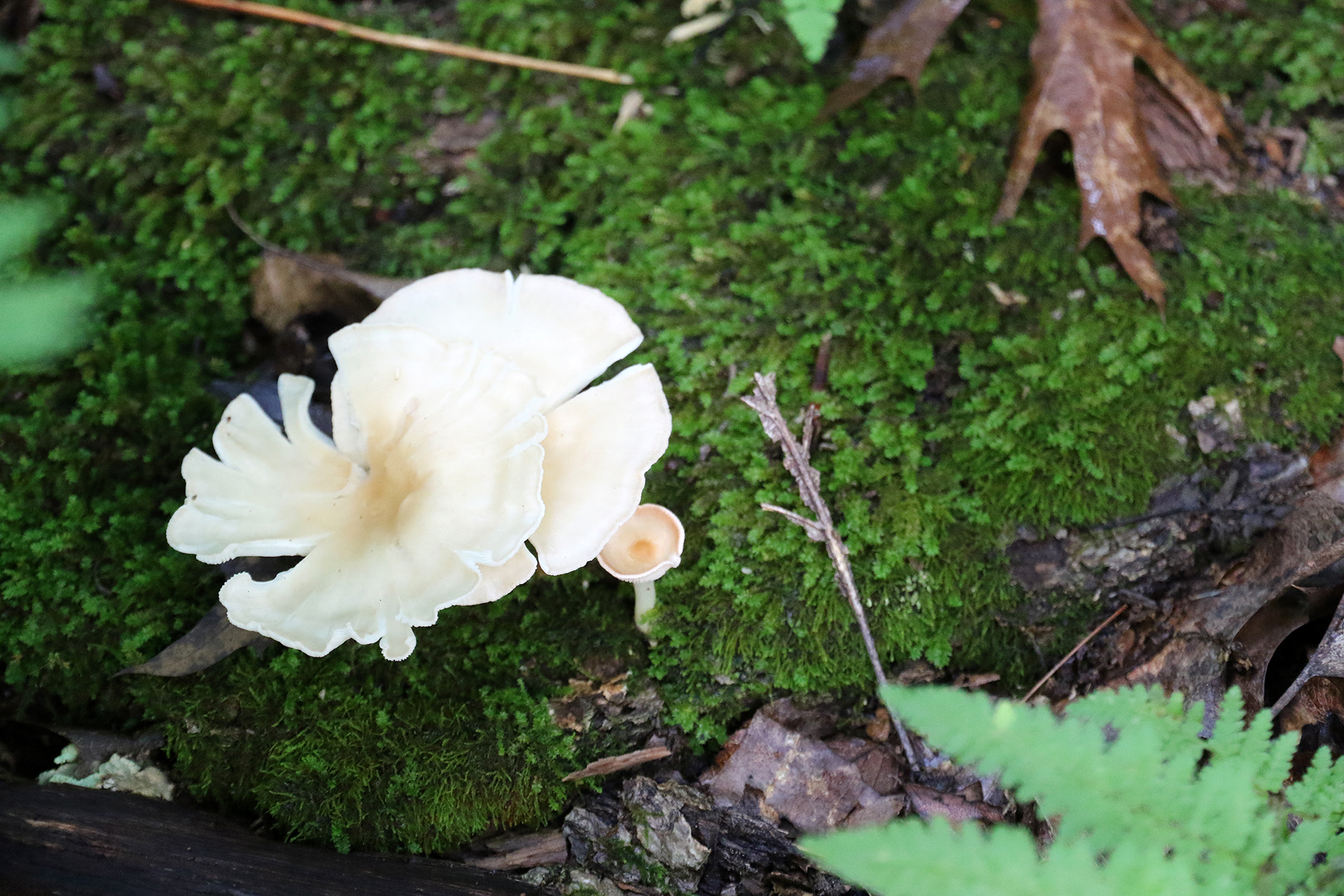 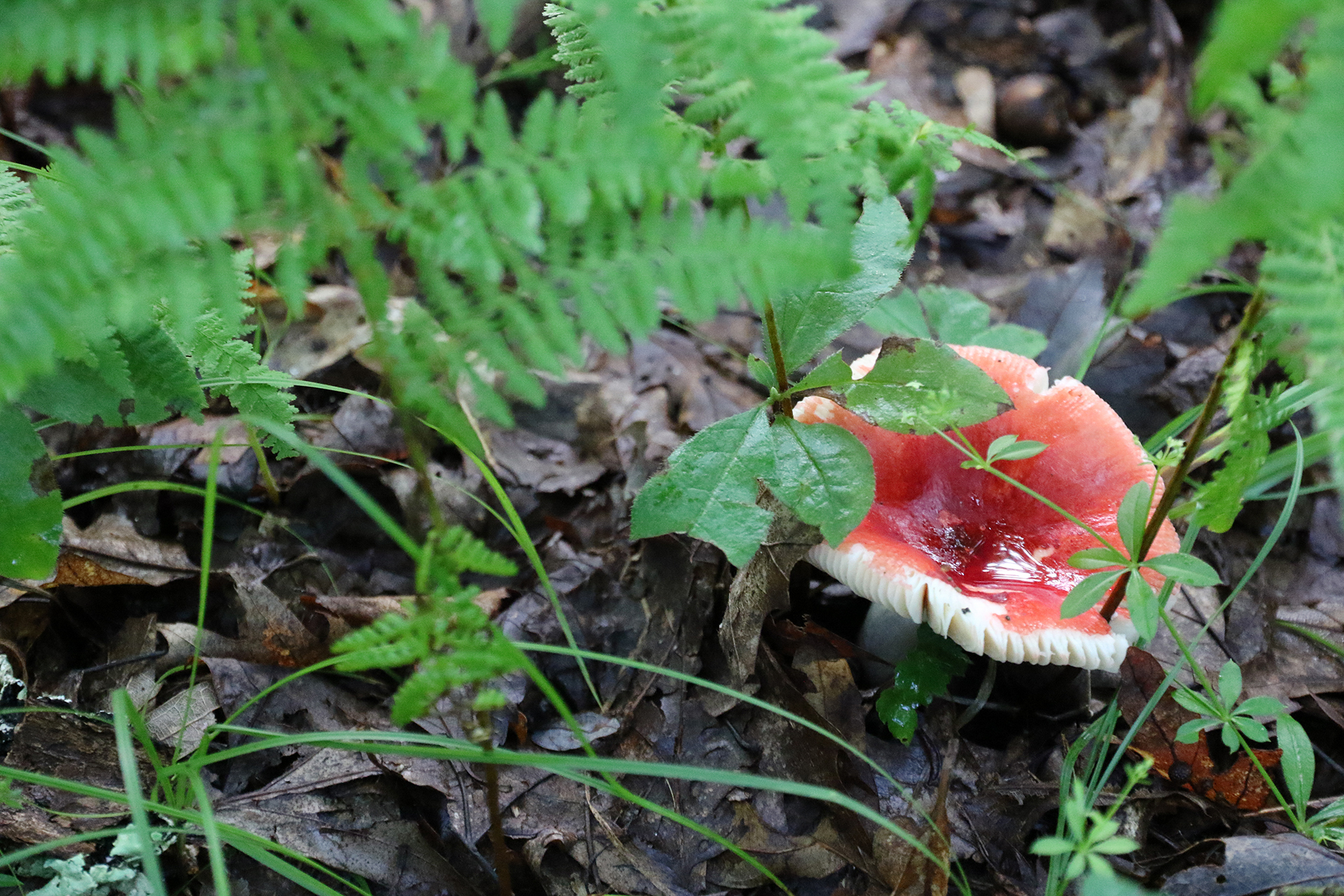 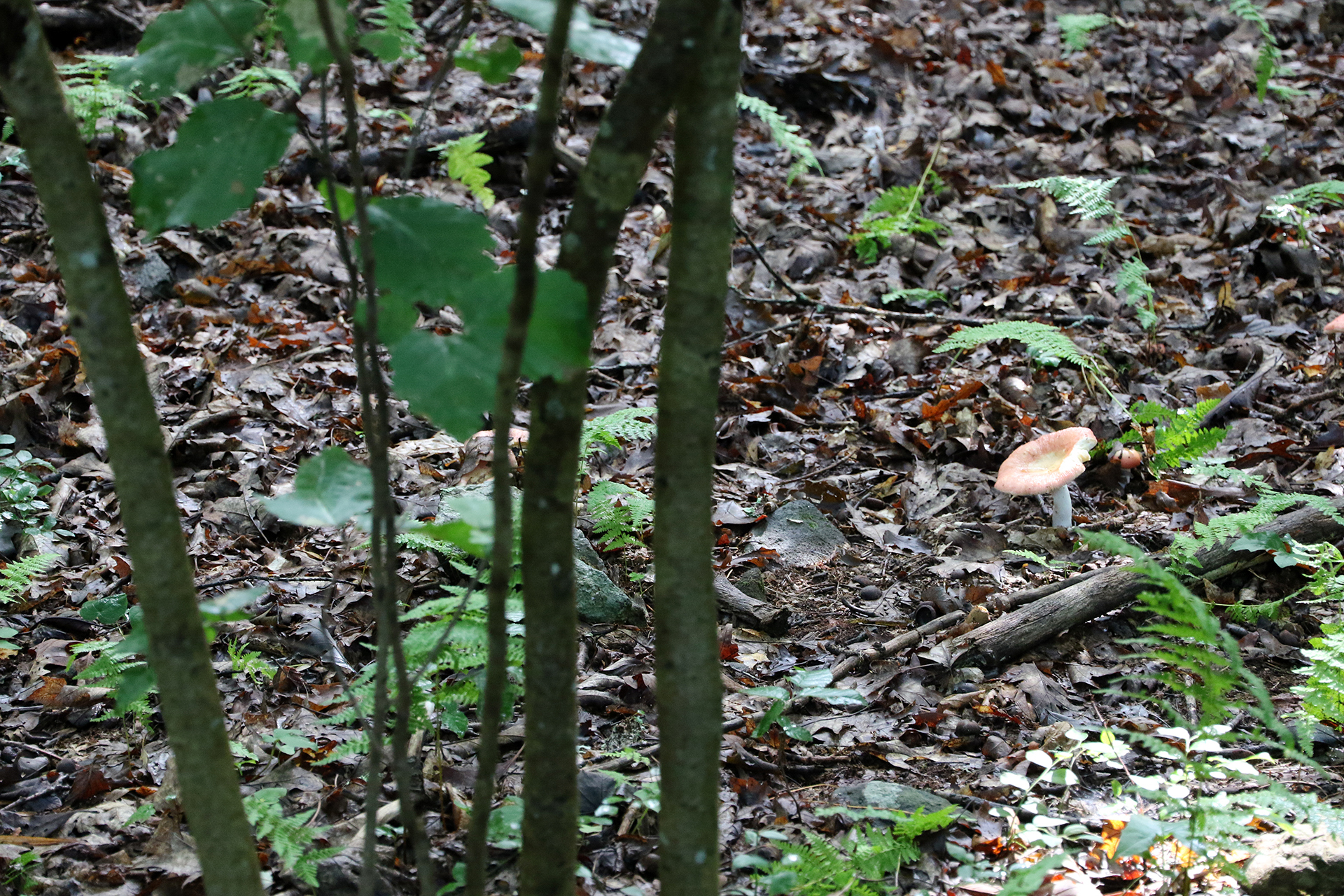 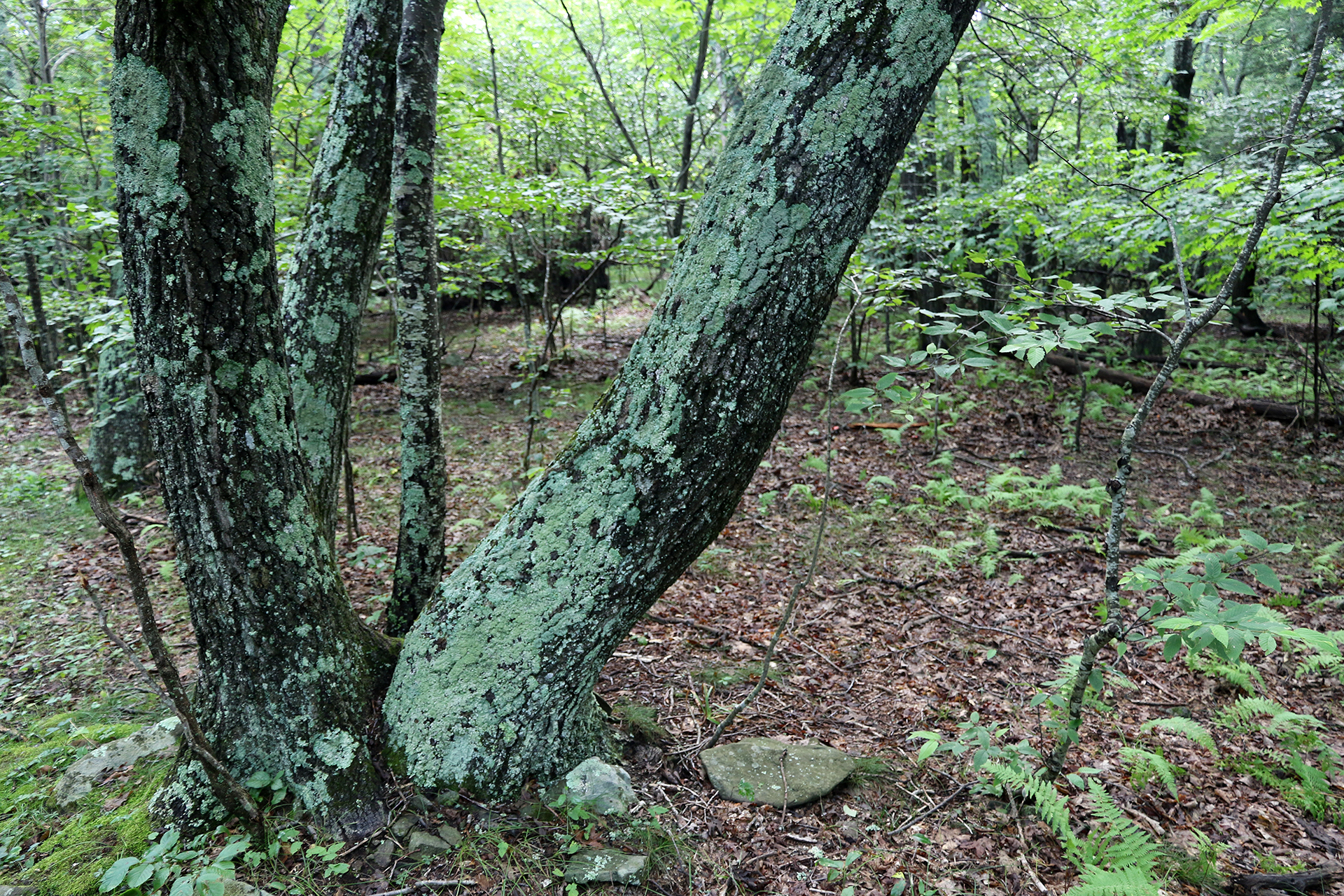 And occasionally, bizarrely from the trees. 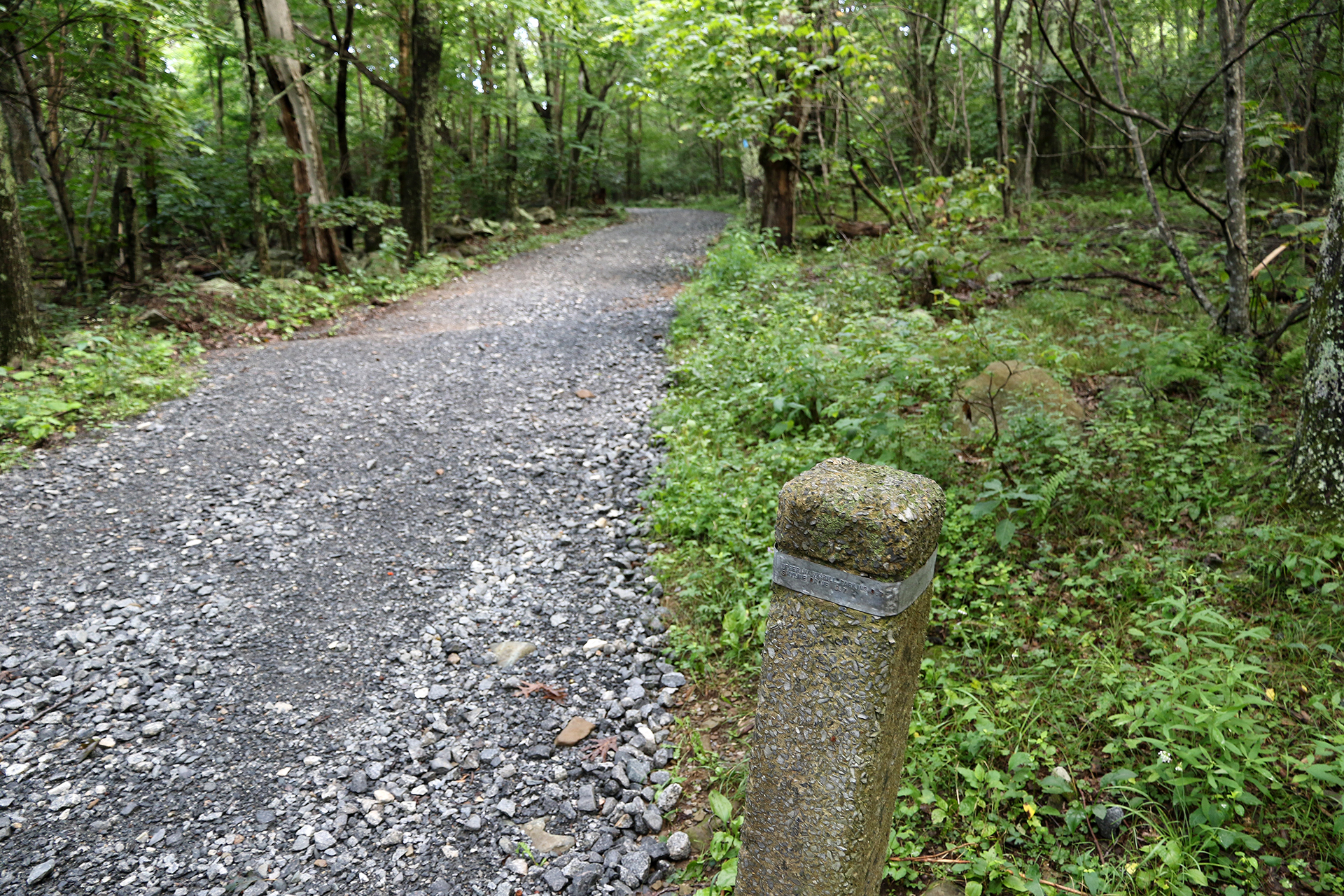 At 0.6 miles, the trail intersected Hawksbill Fire Road, a wide gravel track similar to Keyser Run Fire Road. We turned right. The trail had been undulating, but the fire road climbed steadily up toward the summit of Hawksbill. 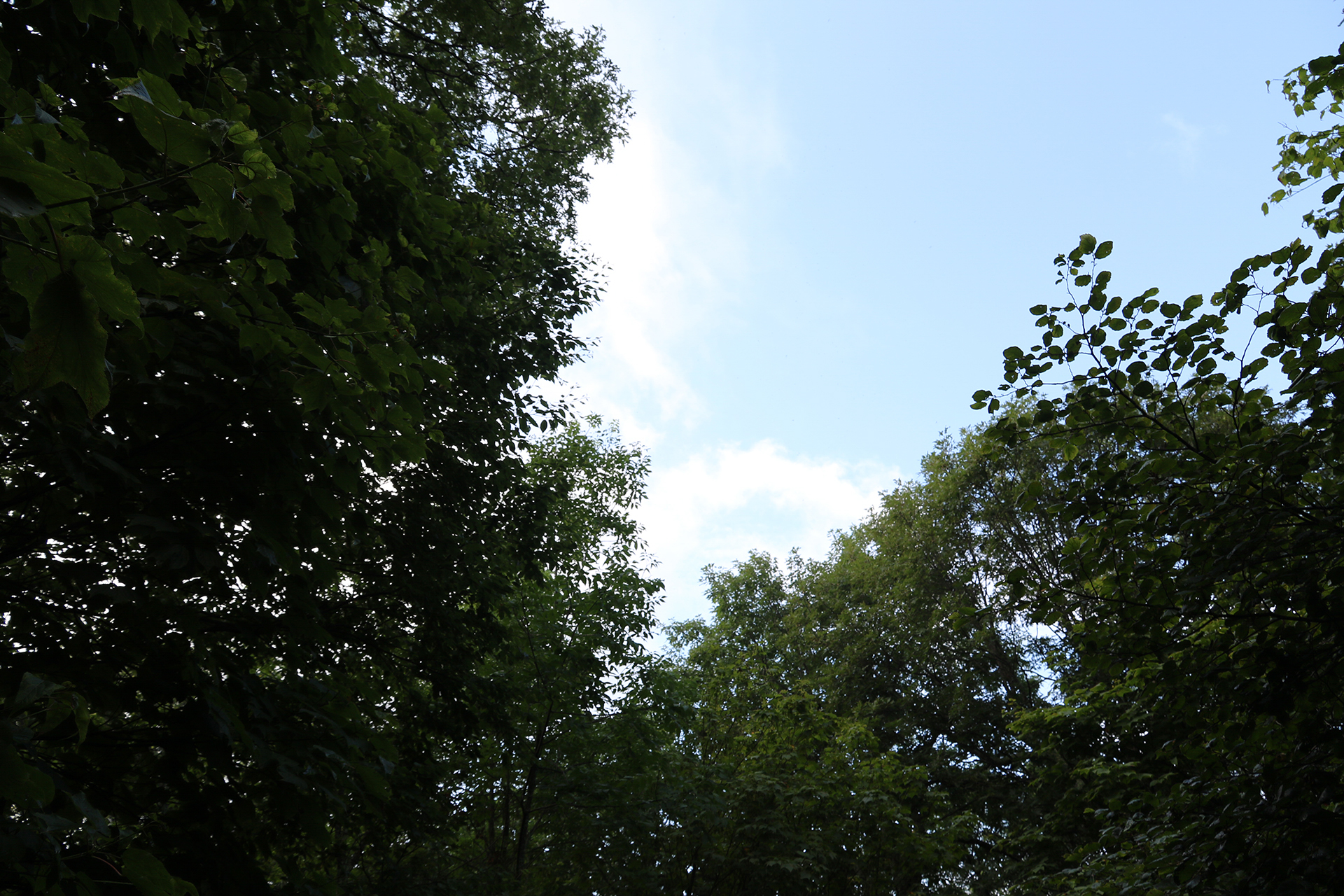 Shrubs and wildflowers took advantage of the sunlight where the road broke the forest canopy. 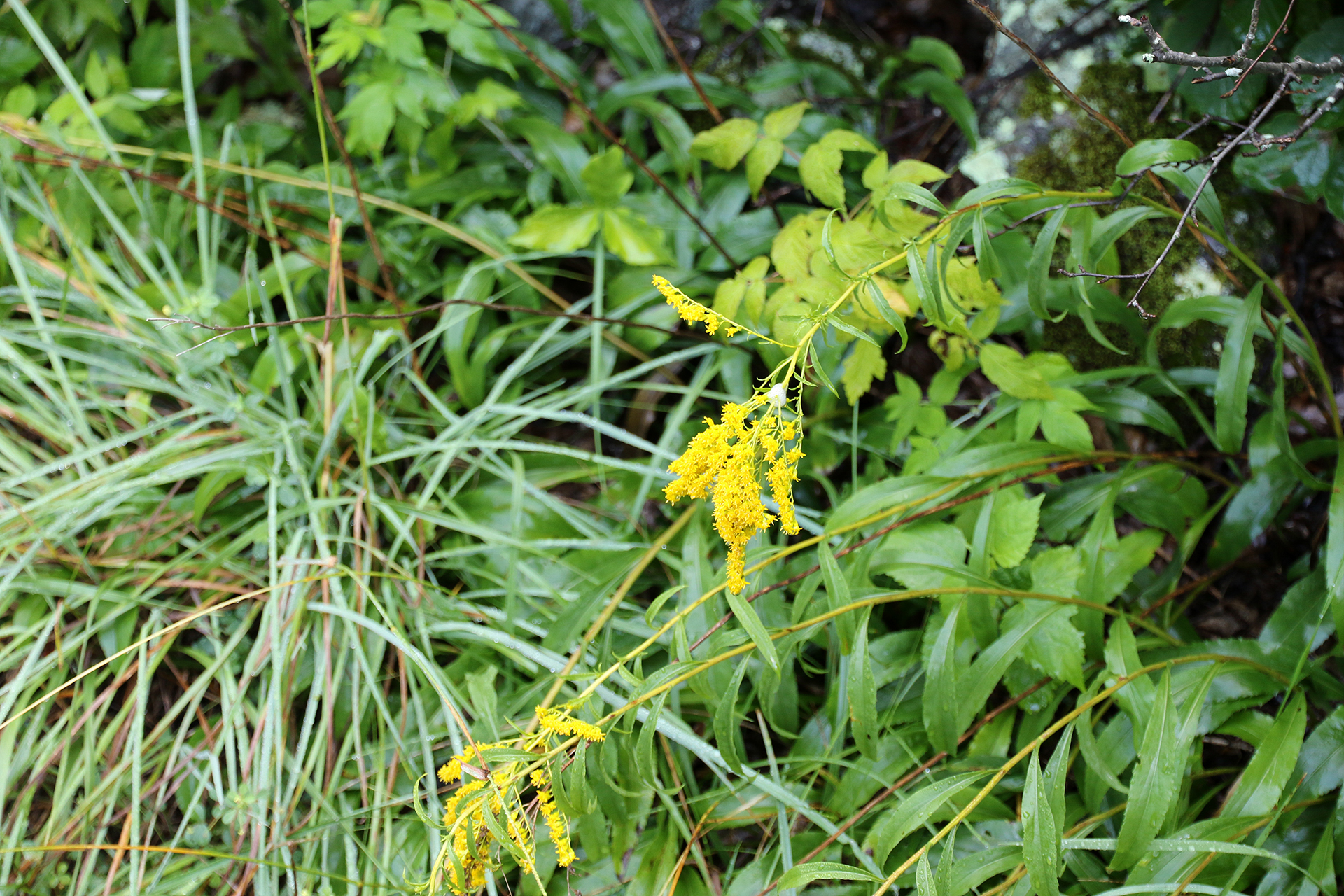 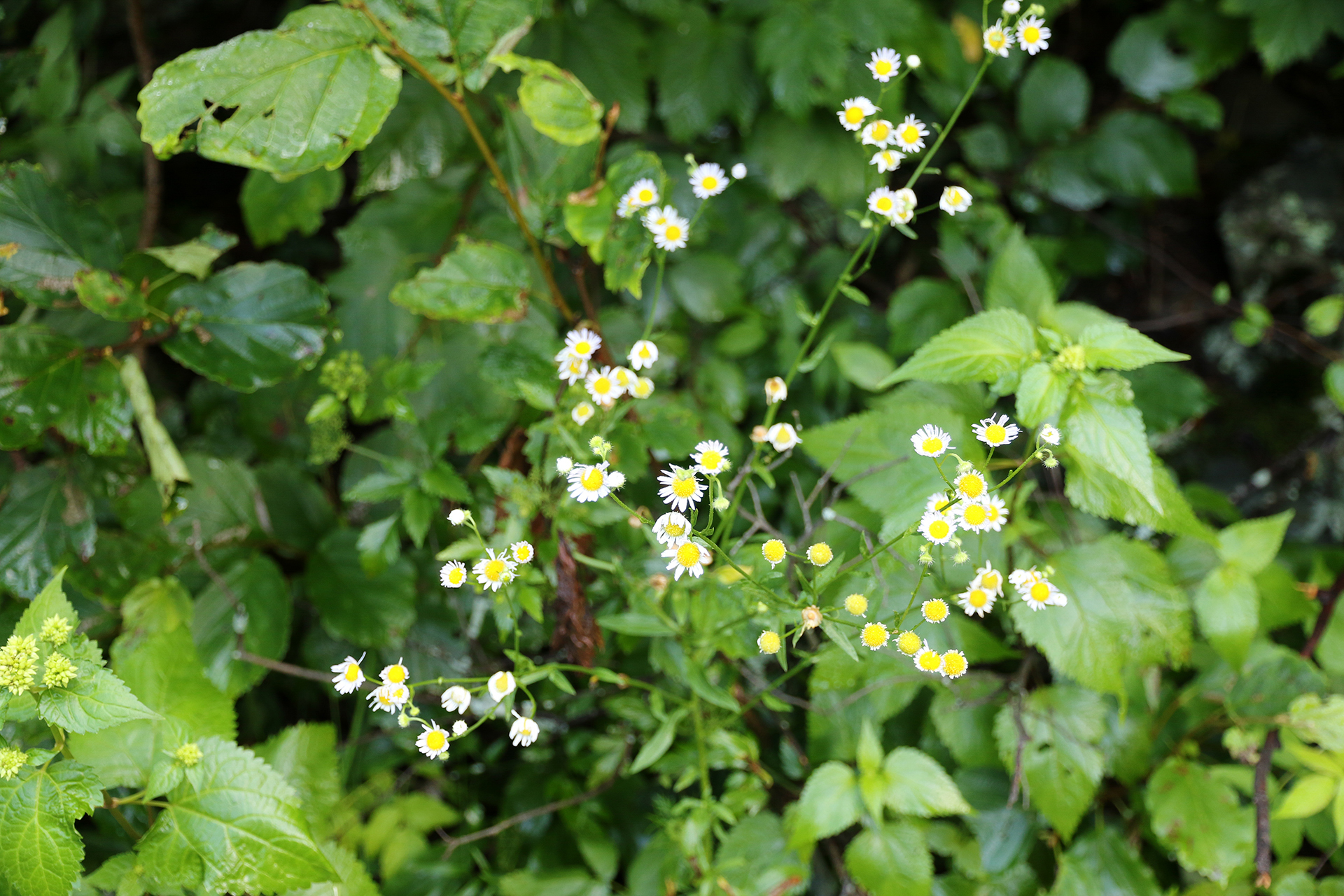 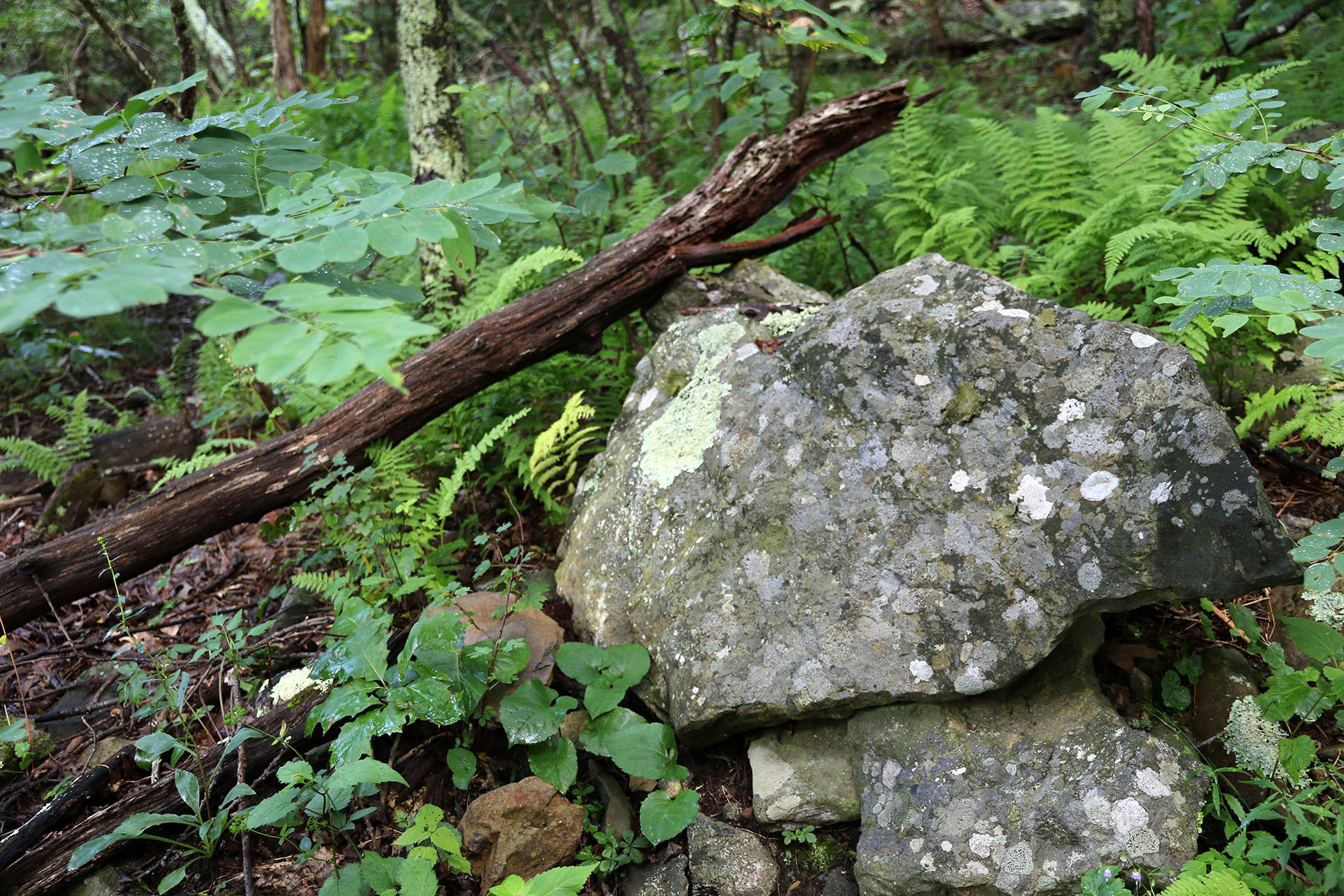 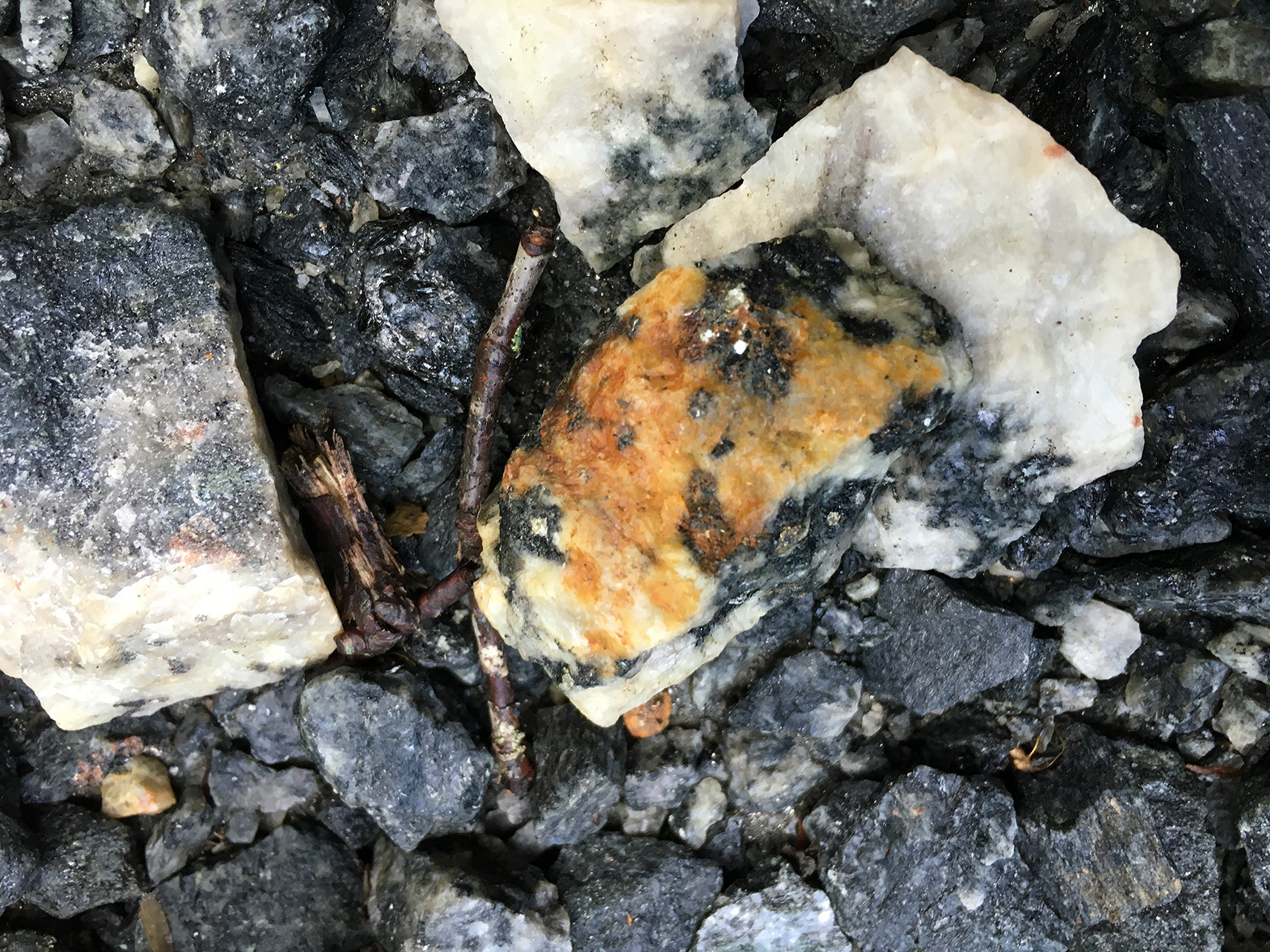 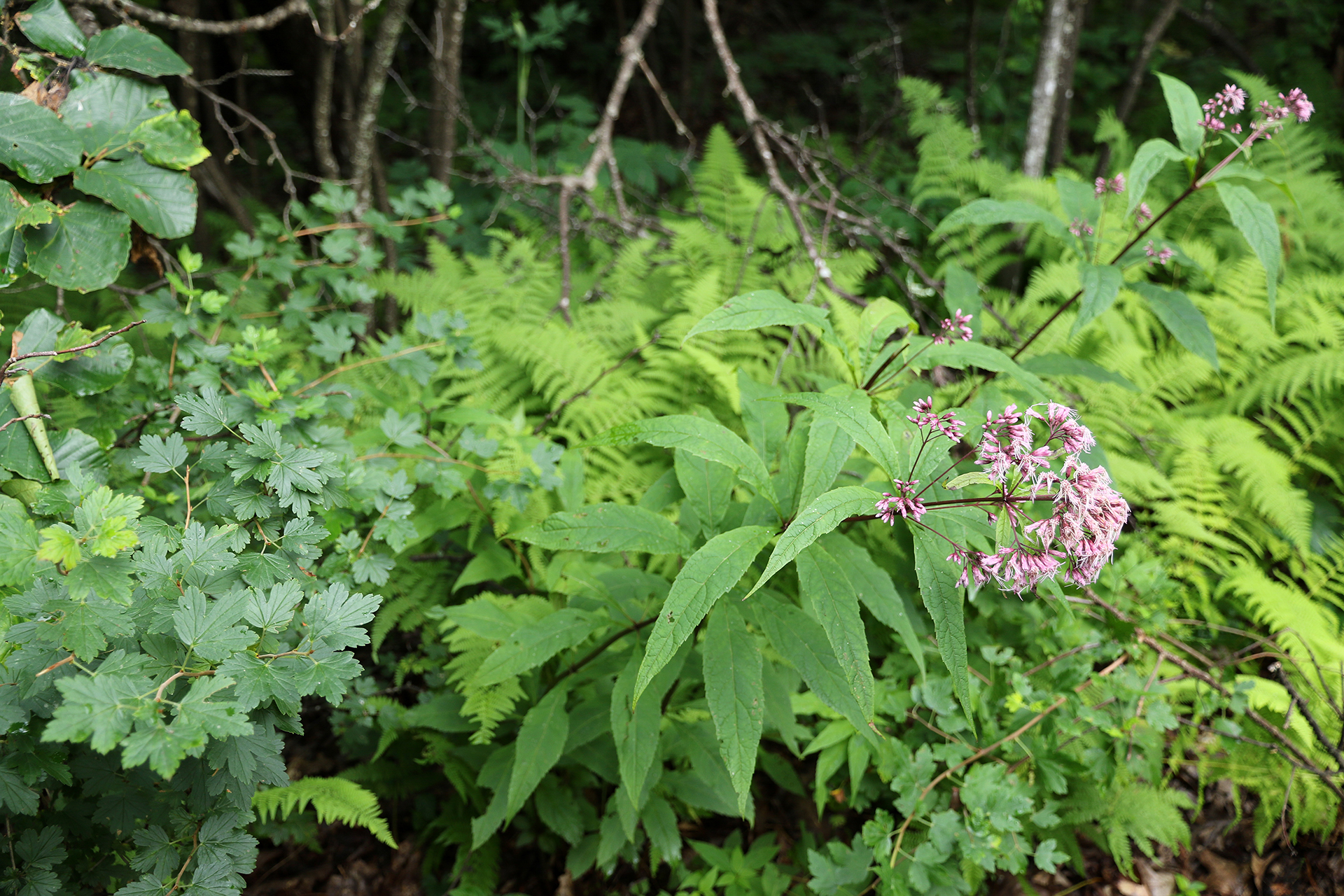 About half an hour after we’d set out, we reached the summit. 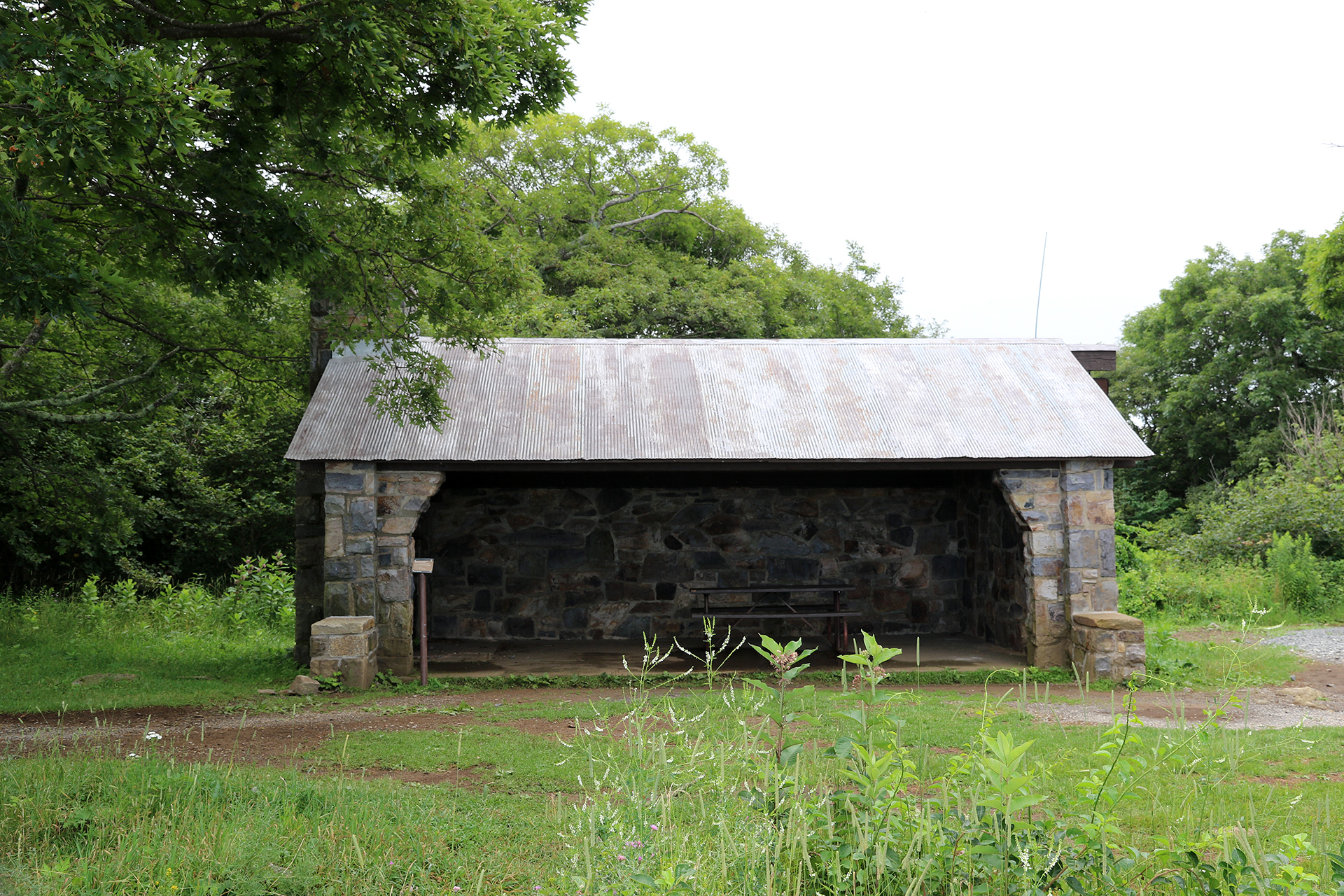 Our view was oriented toward the northwest. We gazed out across the Shenandoah Valley to the long, low ridge of Massanutten Mountain beyond.

The Shenandoah Valley was filled with a lake of low clouds. The clouds crept out of the valley into Timber Hollow immediately below us. It was a misty, foggy morning in the towns and hollows of the valley.

We turned and took the short path up to the true summit of Hawksbill. 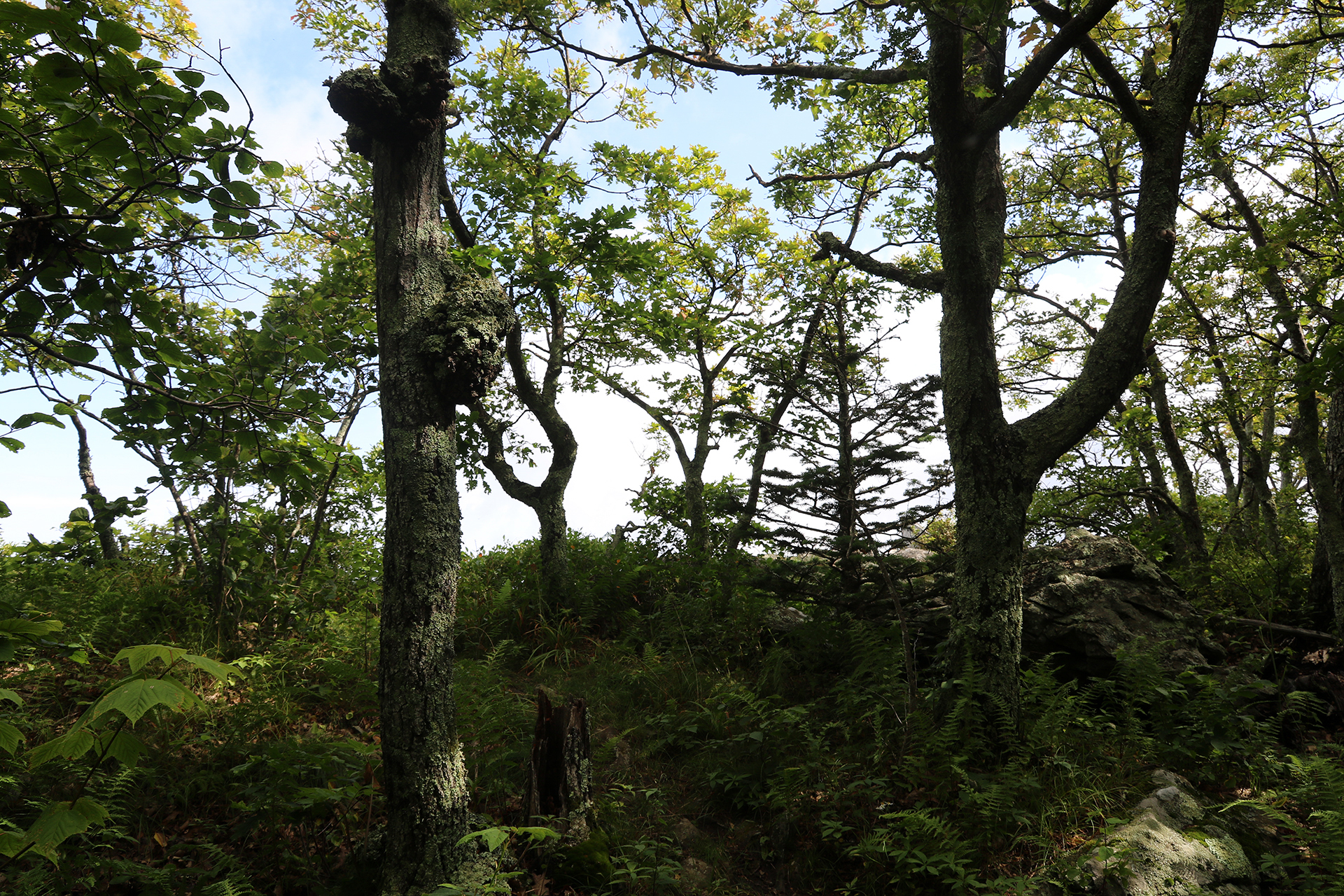 At 4,050 feet above sea level, Hawksbill Summit in the Blue Ridge is the highest point in Shenandoah National Park. By comparison, the summit is roughly the same elevation as Yosemite Valley in the Sierra Nevada. But the Sierra Nevada is a young range, which began its orogeny, or mountain-building uplift, some twenty million years ago, and it still continues today. The Appalachians, on the other hand, are phenomenally ancient, having begun their orogeny some 480 million years ago. 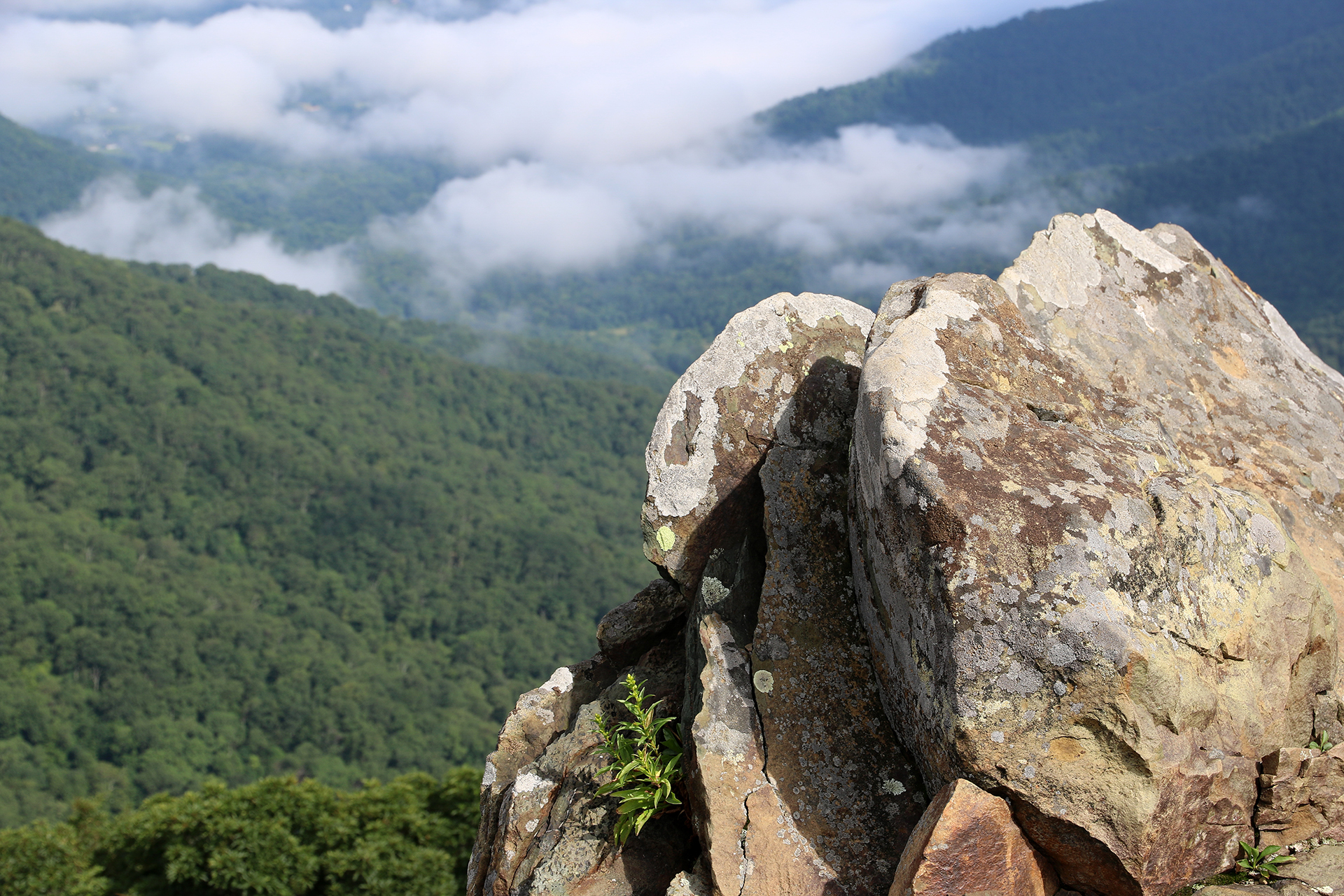 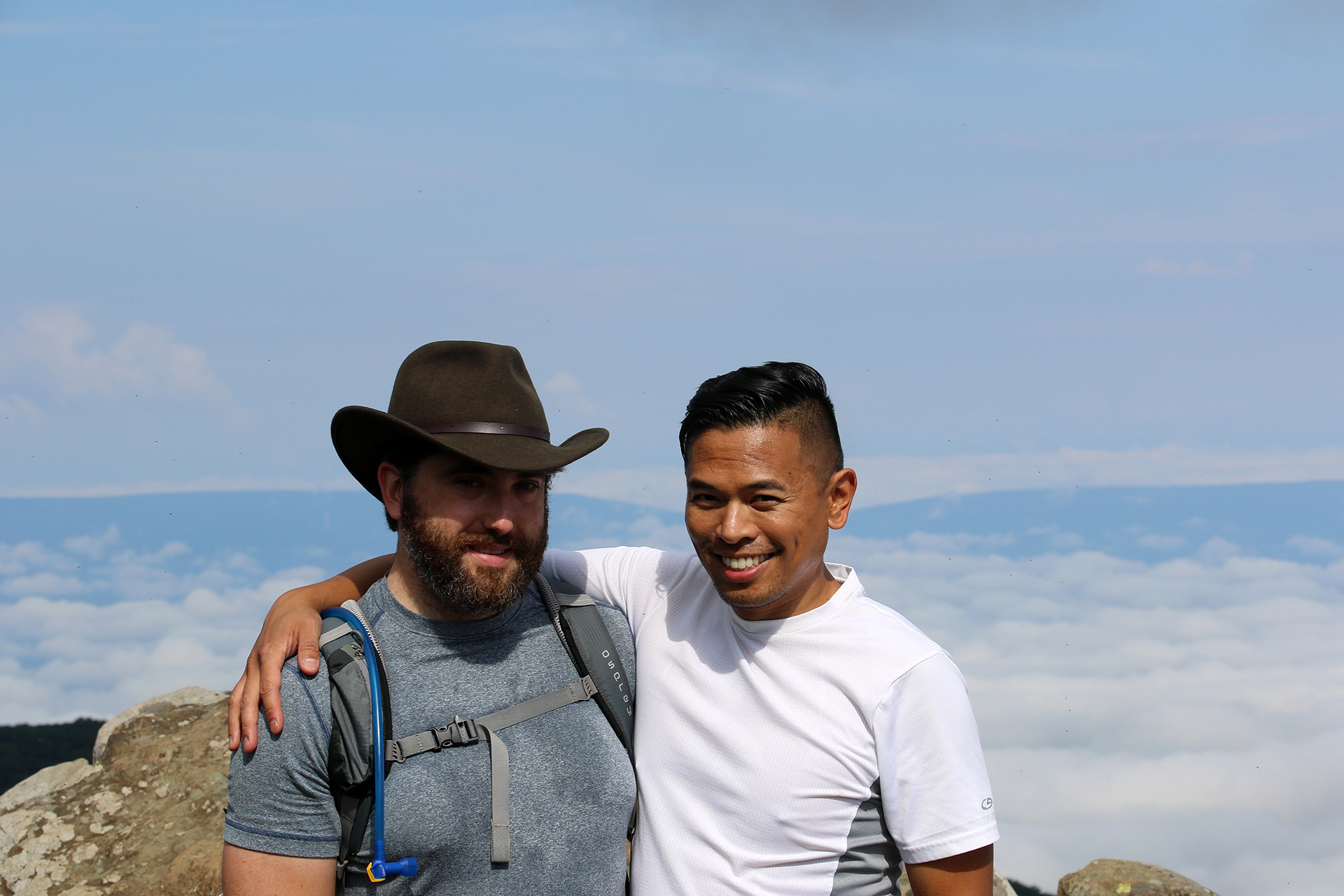 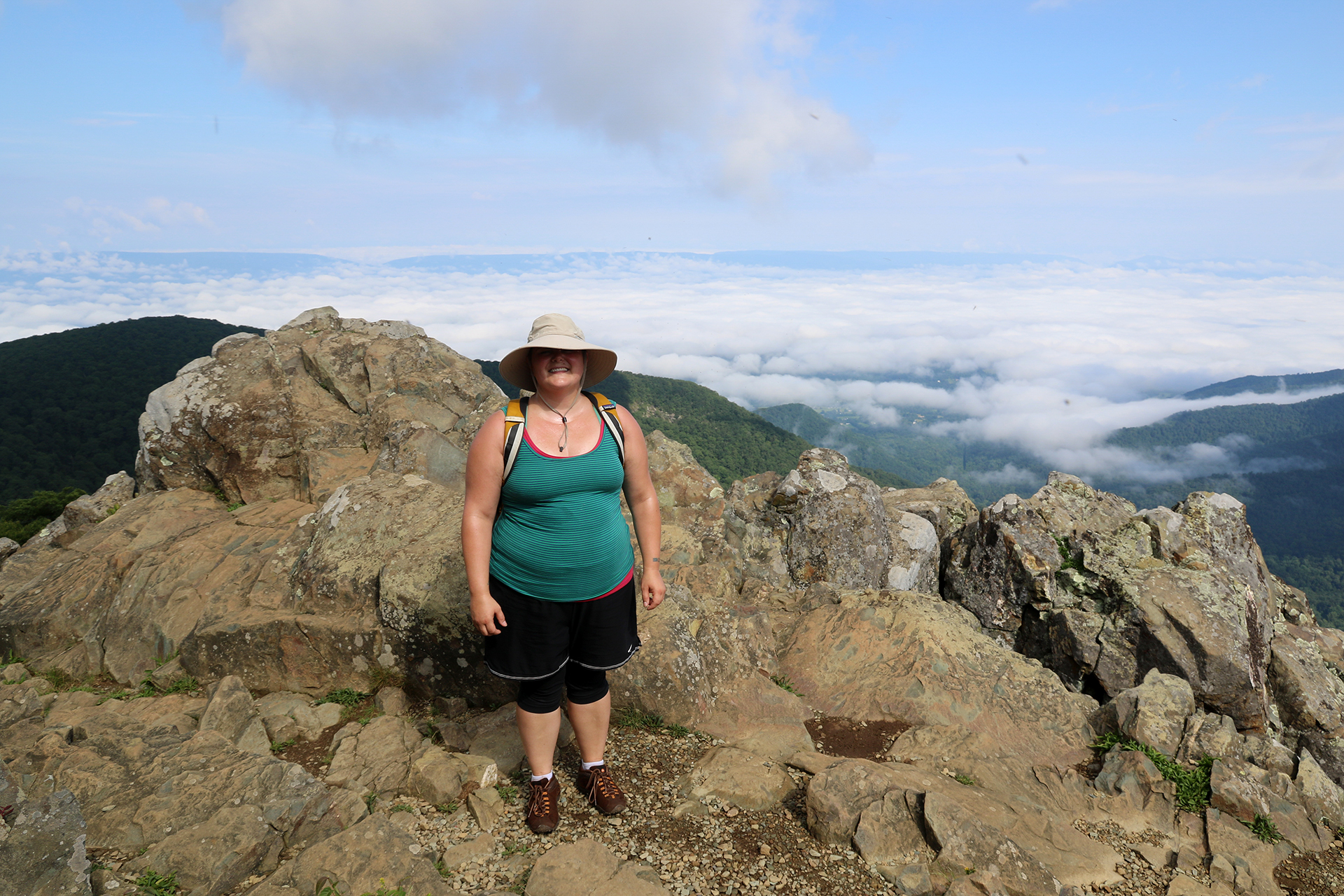 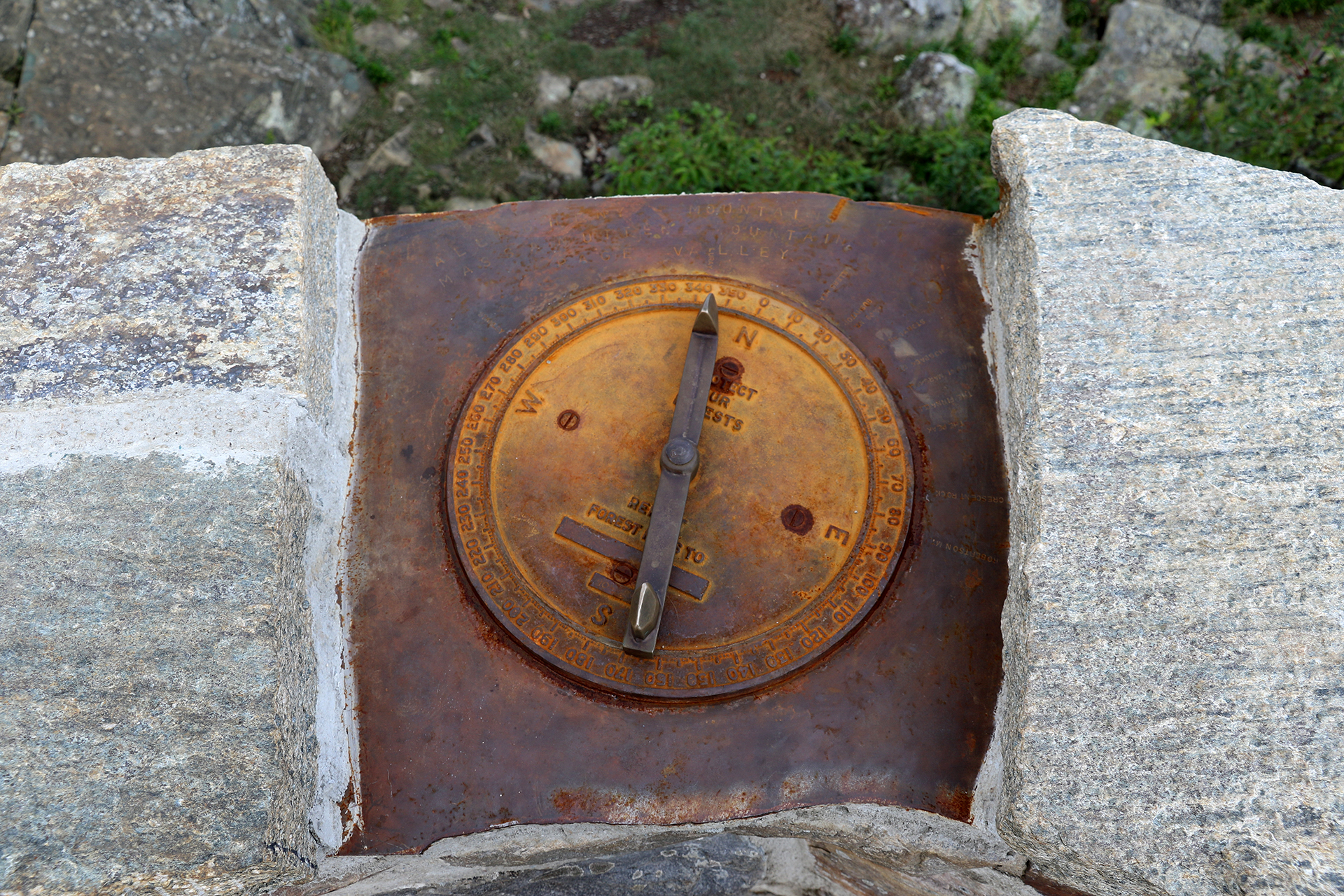 At the summit, a dial helped visitors orient to the cardinal directions. 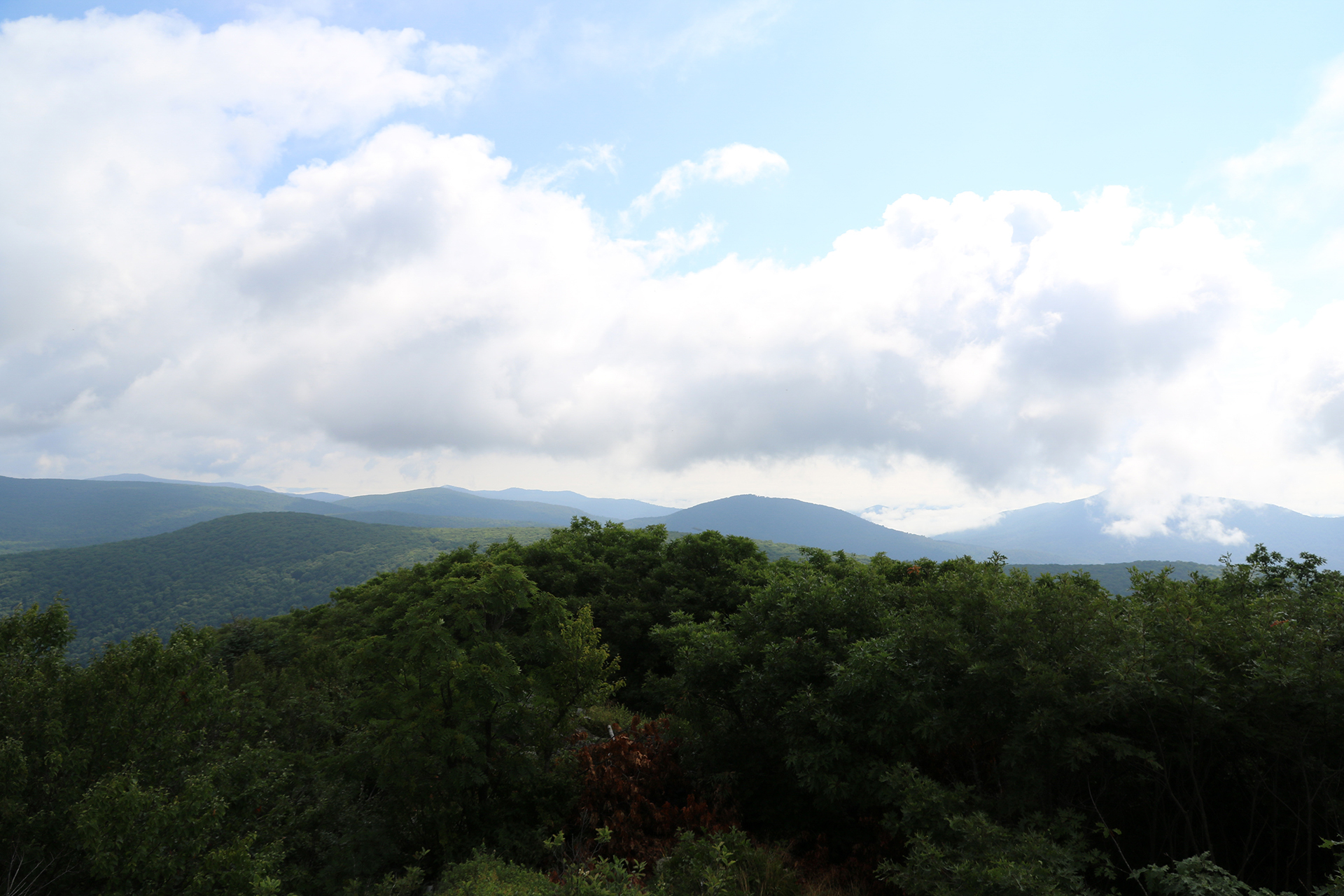 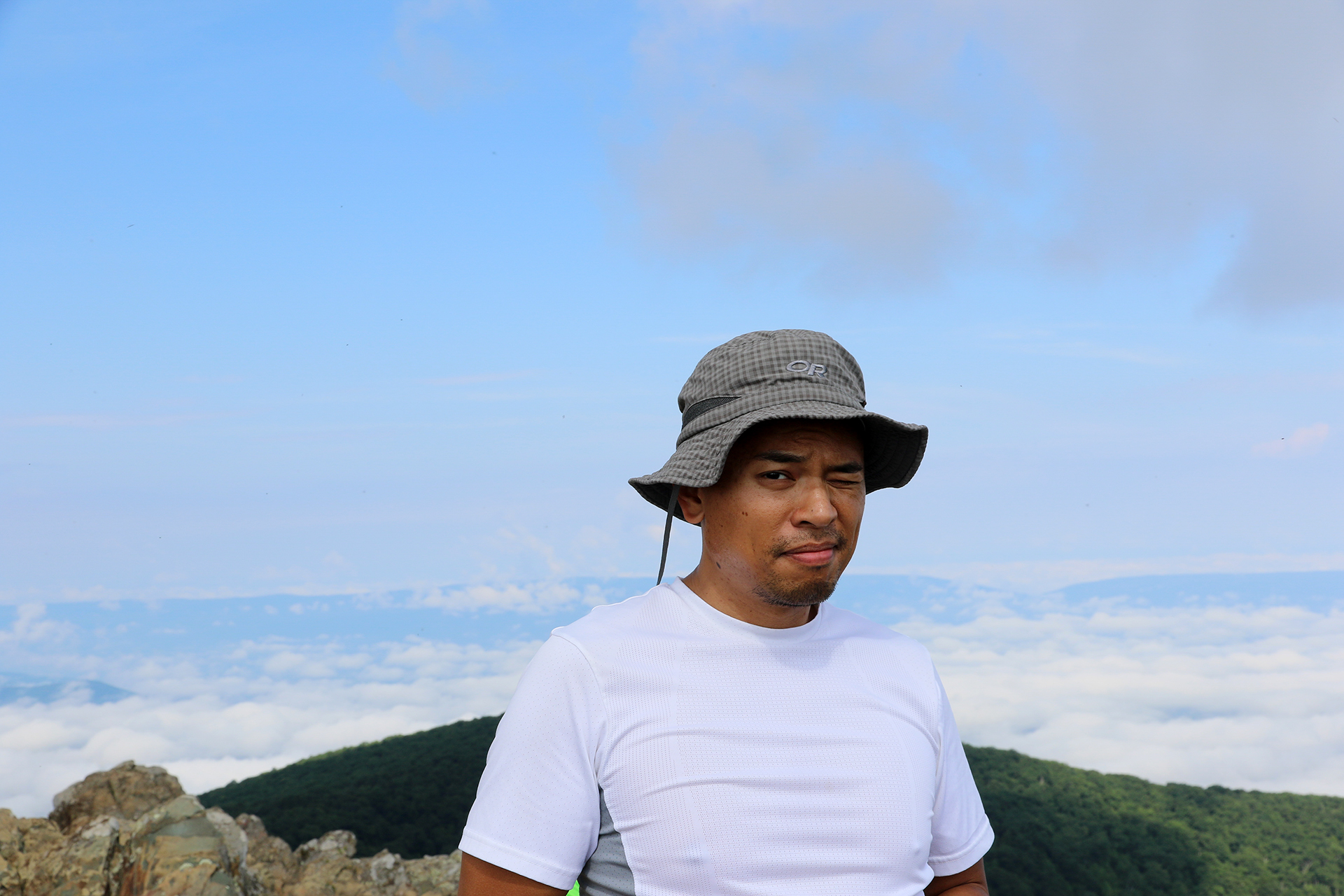 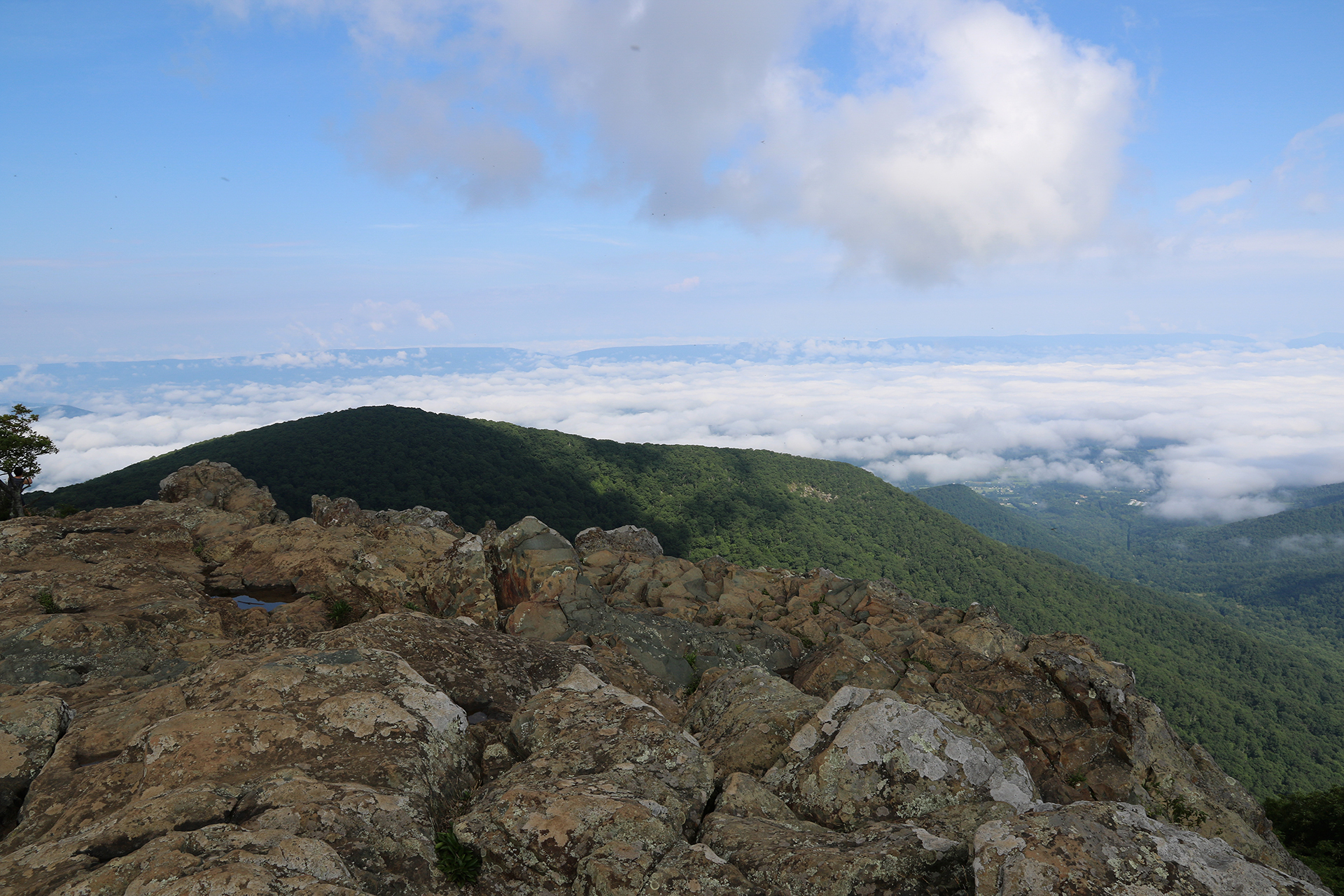 Even as we stood there taking it all in, the clouds and mist in the valley began to recede and break up.

After sating ourselves on the views, we headed back down. 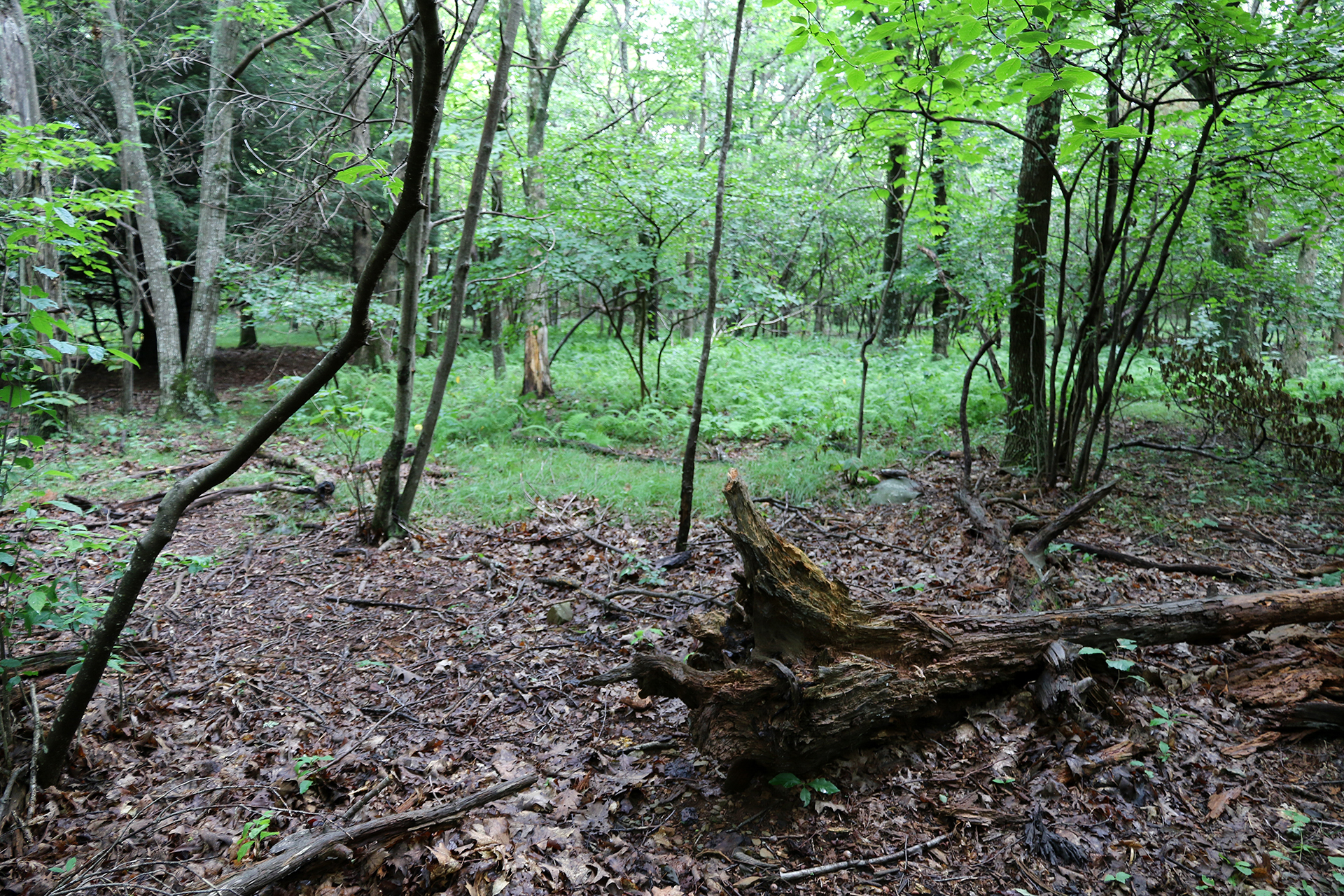 Down on the trail, a Whitetail Deer doe unhurriedly crossed our path. She paid us no heed whatsoever as she enjoyed her Sunday brunch of understory plants and grasses. 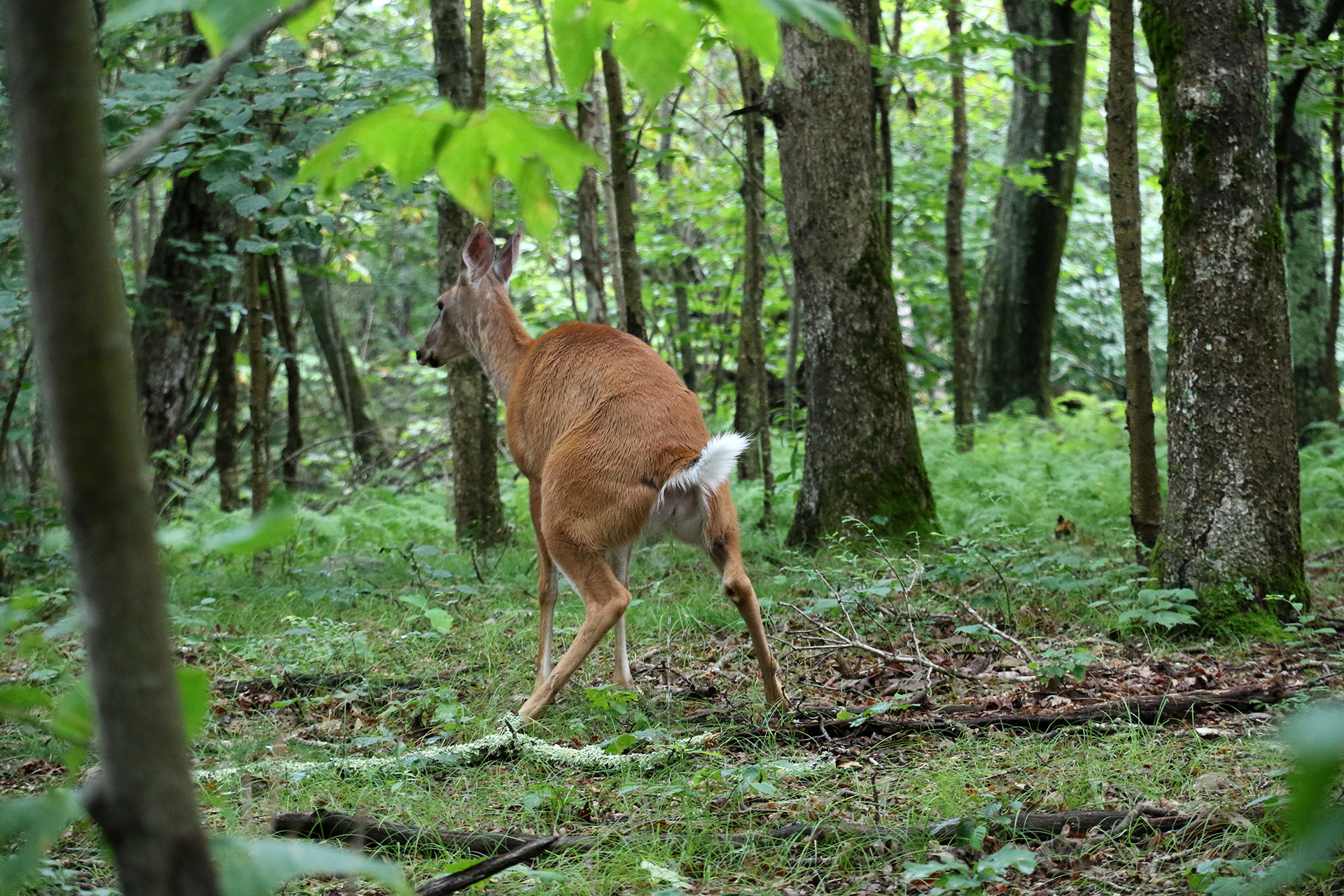 She also exhibited no modesty in our presence.

Bethany remarked that deer were actually kind of weird looking up close. Touché.

Soon we were back at the parking area. The hike to the top of the Park had taken about an hour and twenty minutes. It was time to head back to Big Meadows and break camp. Our time at Shenandoah was fast coming to an end.