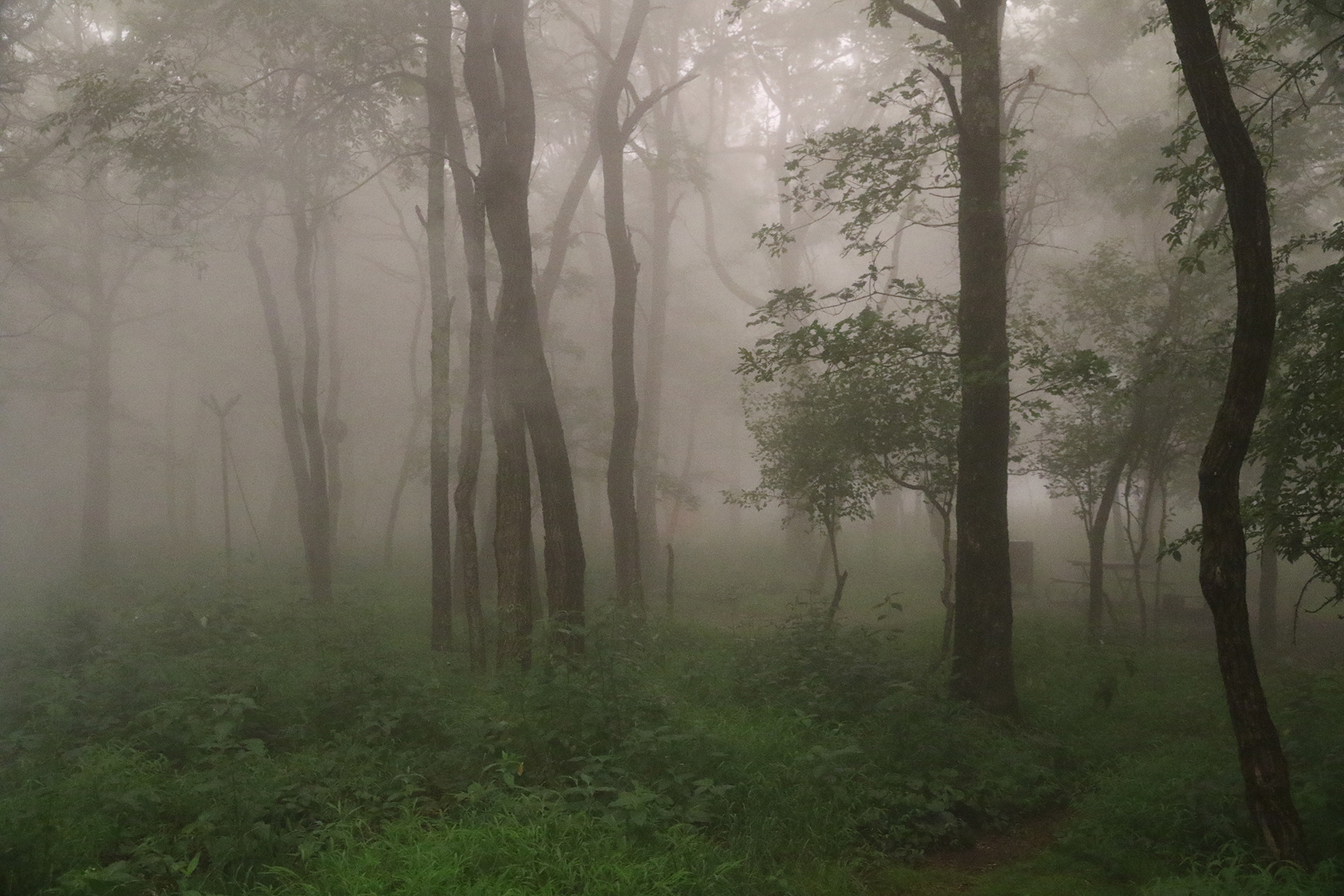 It was about half past three in the afternoon on Saturday, July 30 when Sean, Bethany, and I, fresh from our hike at Little Devils Stairs, climbed back into the rental car and drove through the rolling foothills of Rappahannock County, Virginia back up into Shenandoah National Park at the Thornton Gap entrance. 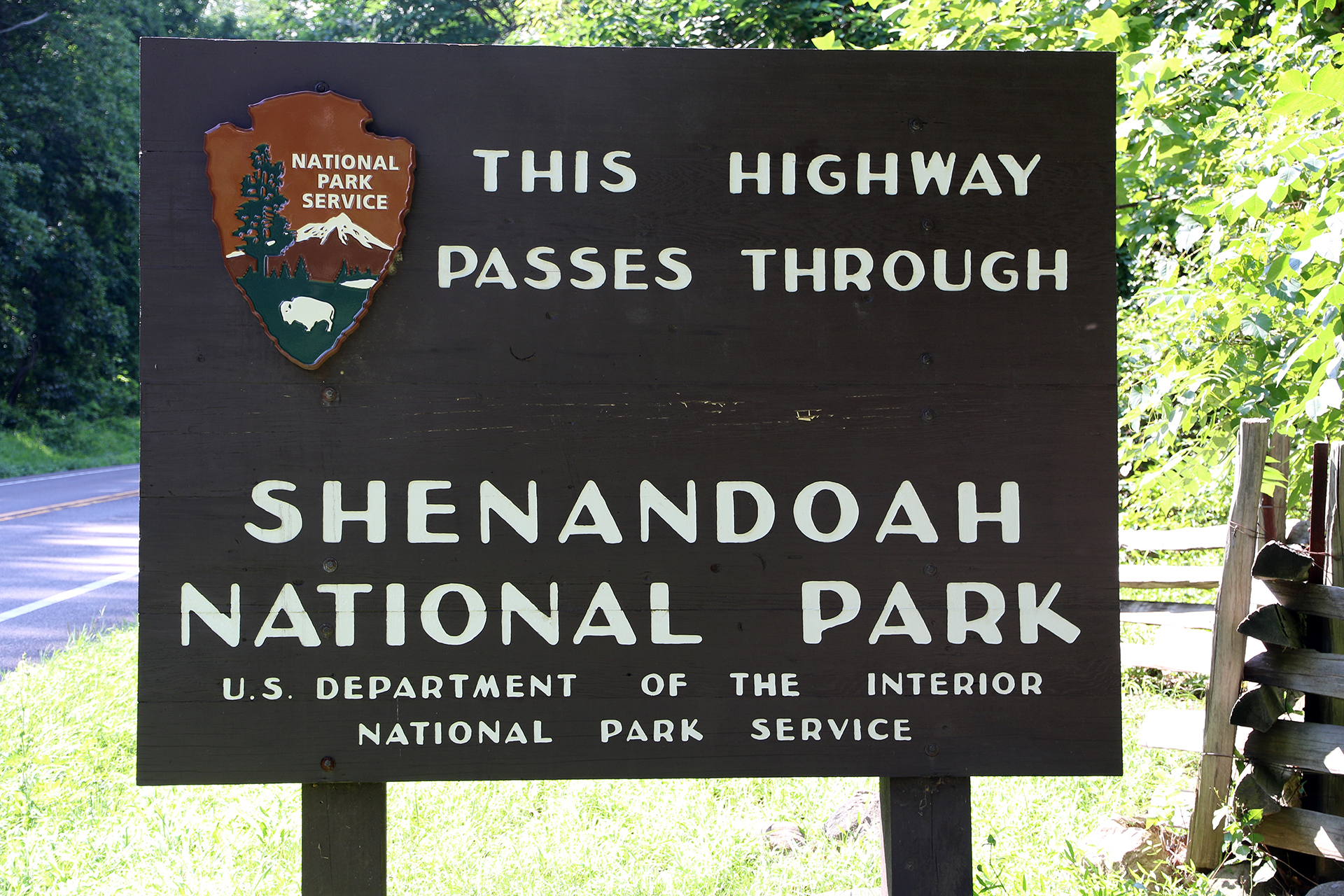 There had not been an official Park sign the previous afternoon when Sean and I had entered at Swift Run Gap, so we stopped and captured our traditional photographs now, some twenty-four hours later. 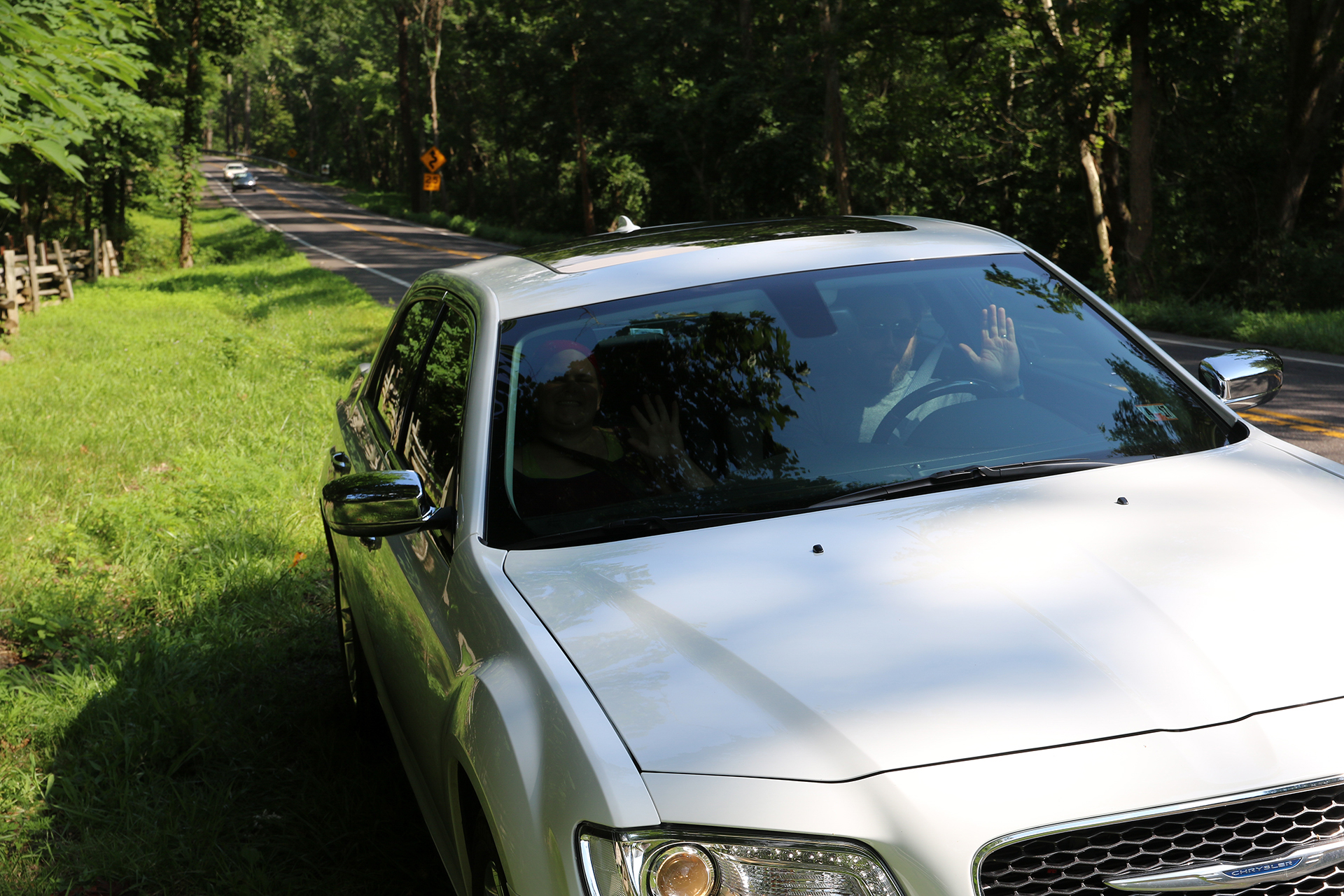 Unfortunately, we drove right into a downpour. So we pulled the car over at an overlook and waited to see if it would pass. 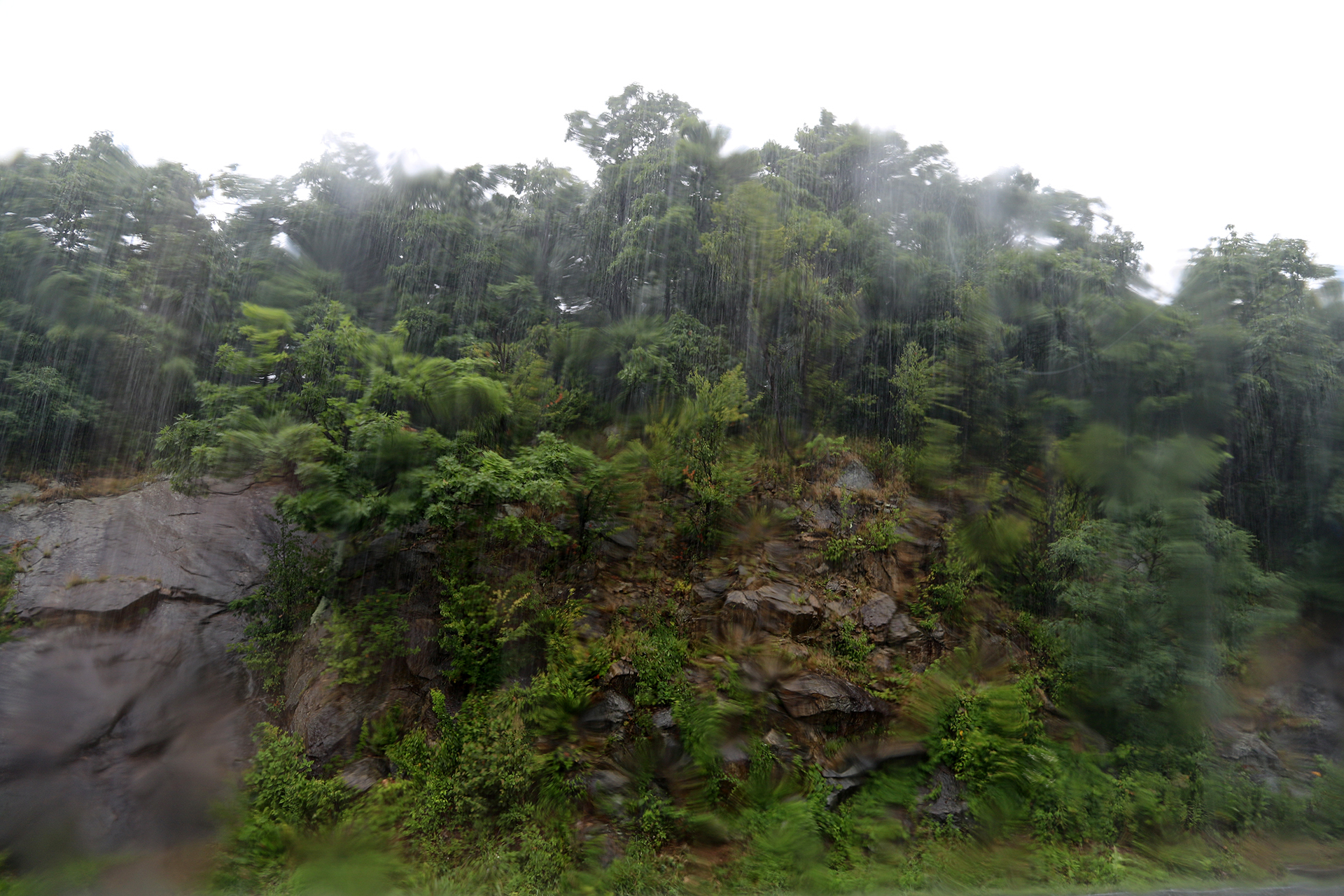 After about ten minutes, it hadn’t passed and only appeared to be getting more intense. We decided to abandon the overlook and head back to our campsite in Big Meadows, particularly because the storm appeared to be trending southeast. 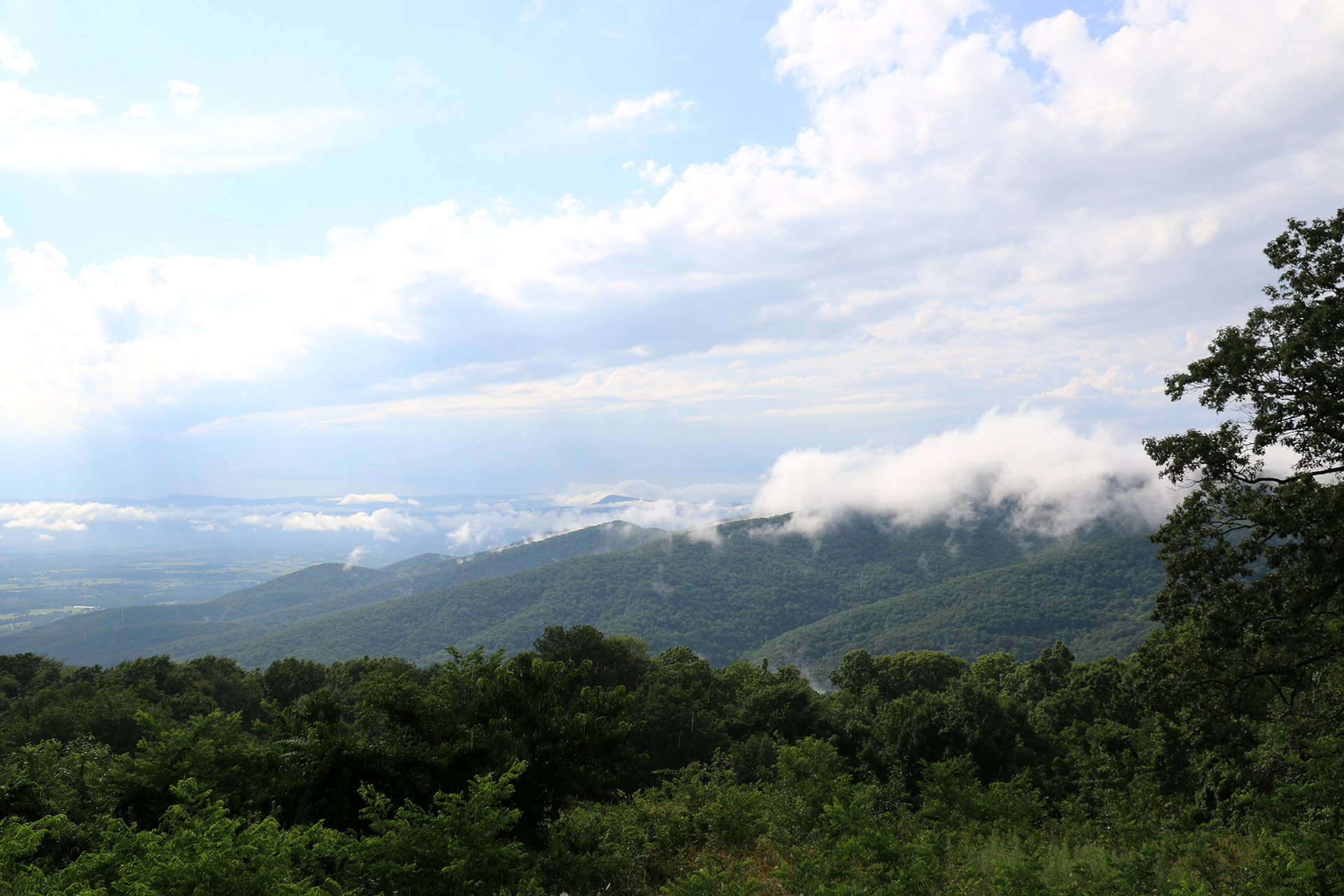 Heading south, we shortly emerged from under the storm, although it was rapidly following us. We stopped at an overlook to watch it rolling in over the Shenandoah Valley before continuing on. 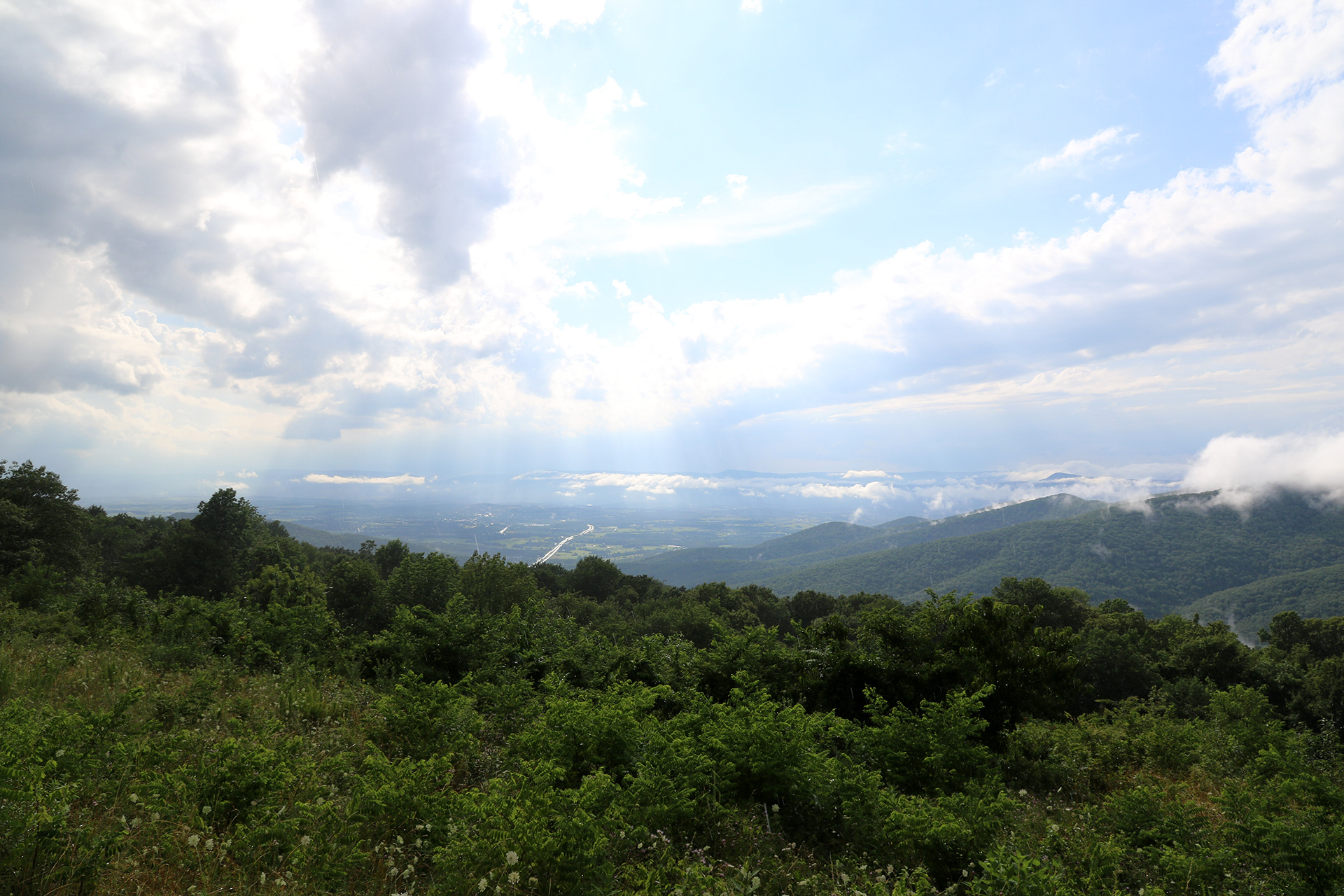 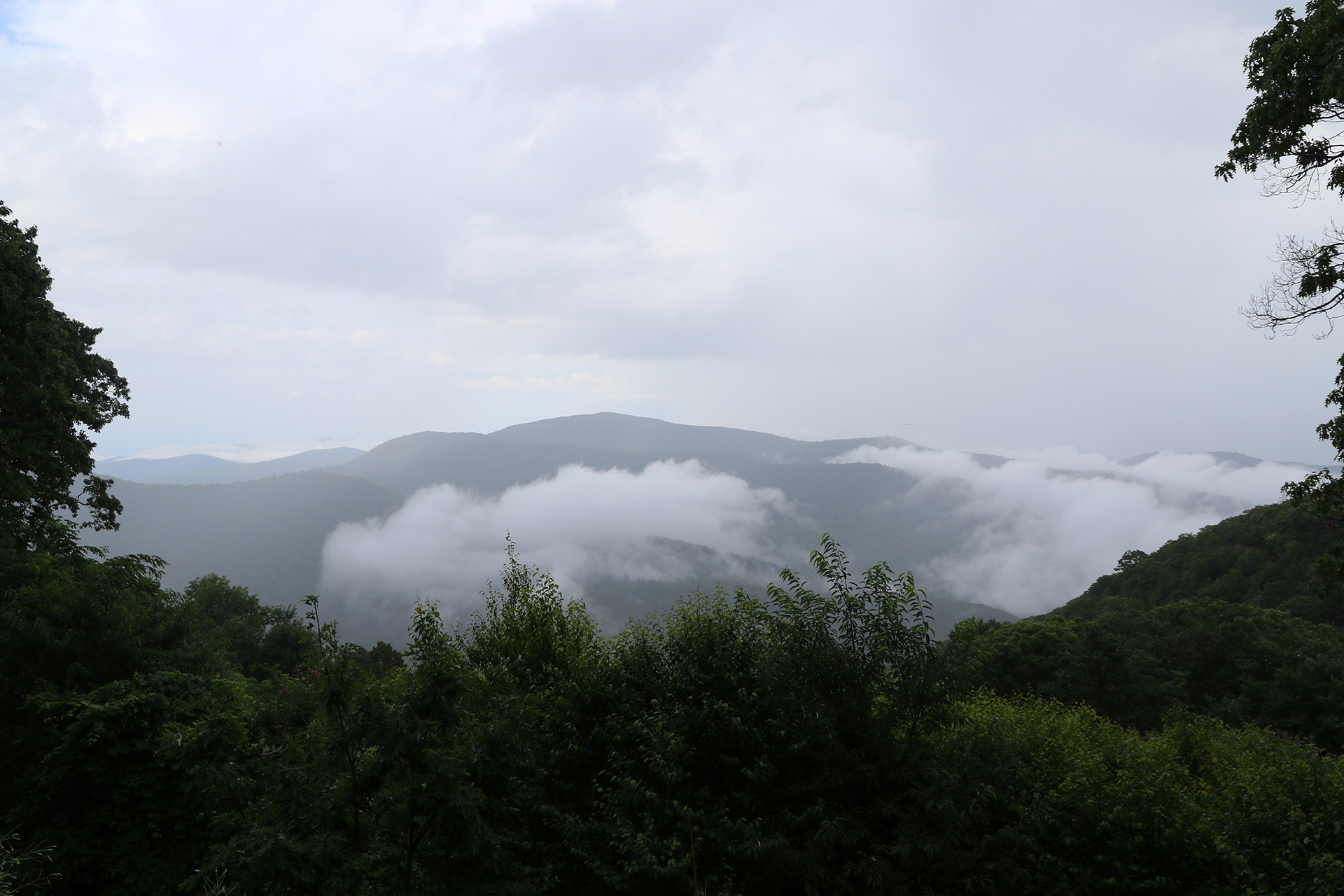 We stopped once more to gaze at the storm above and mist in the valleys below as the rain moved across the Park. 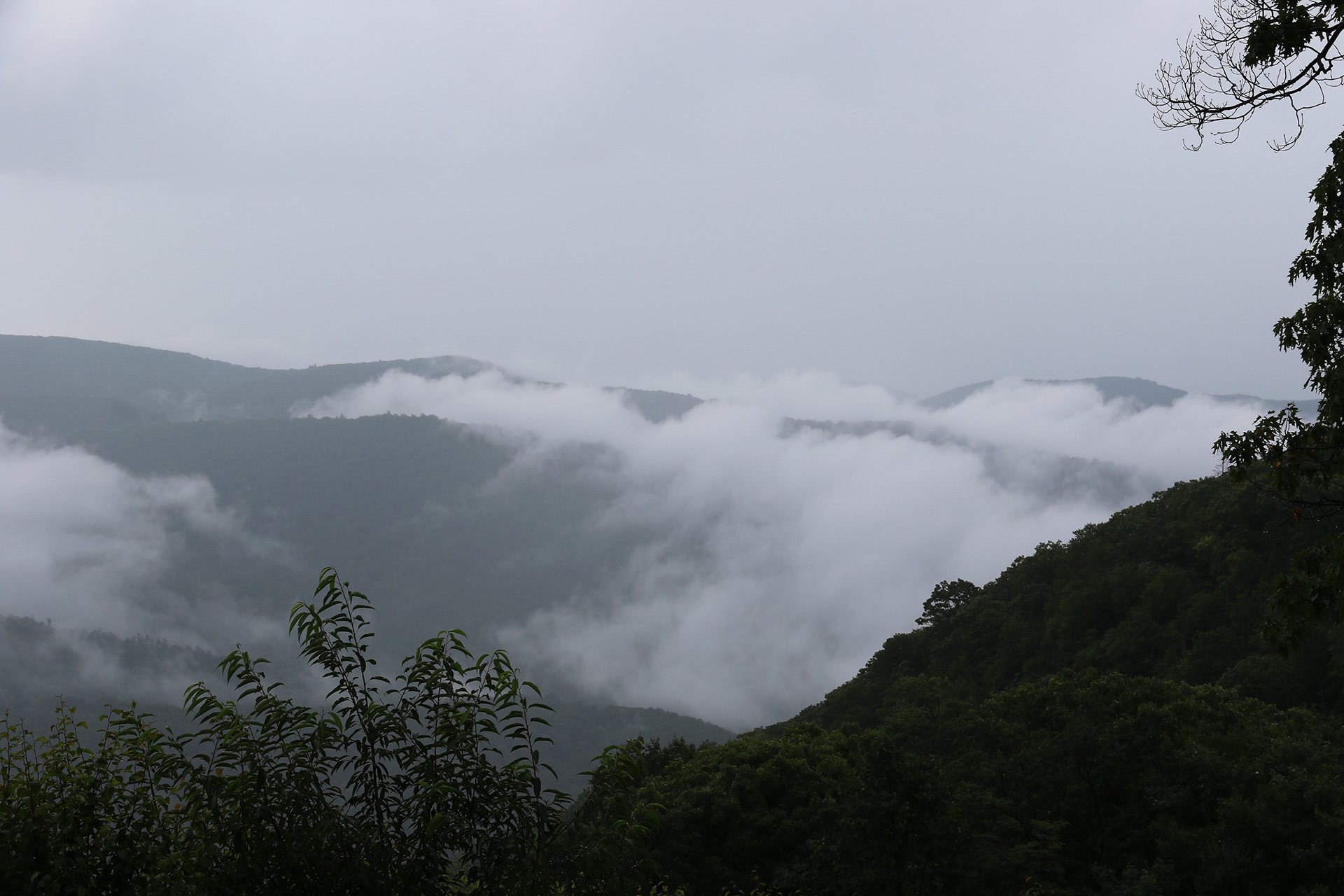 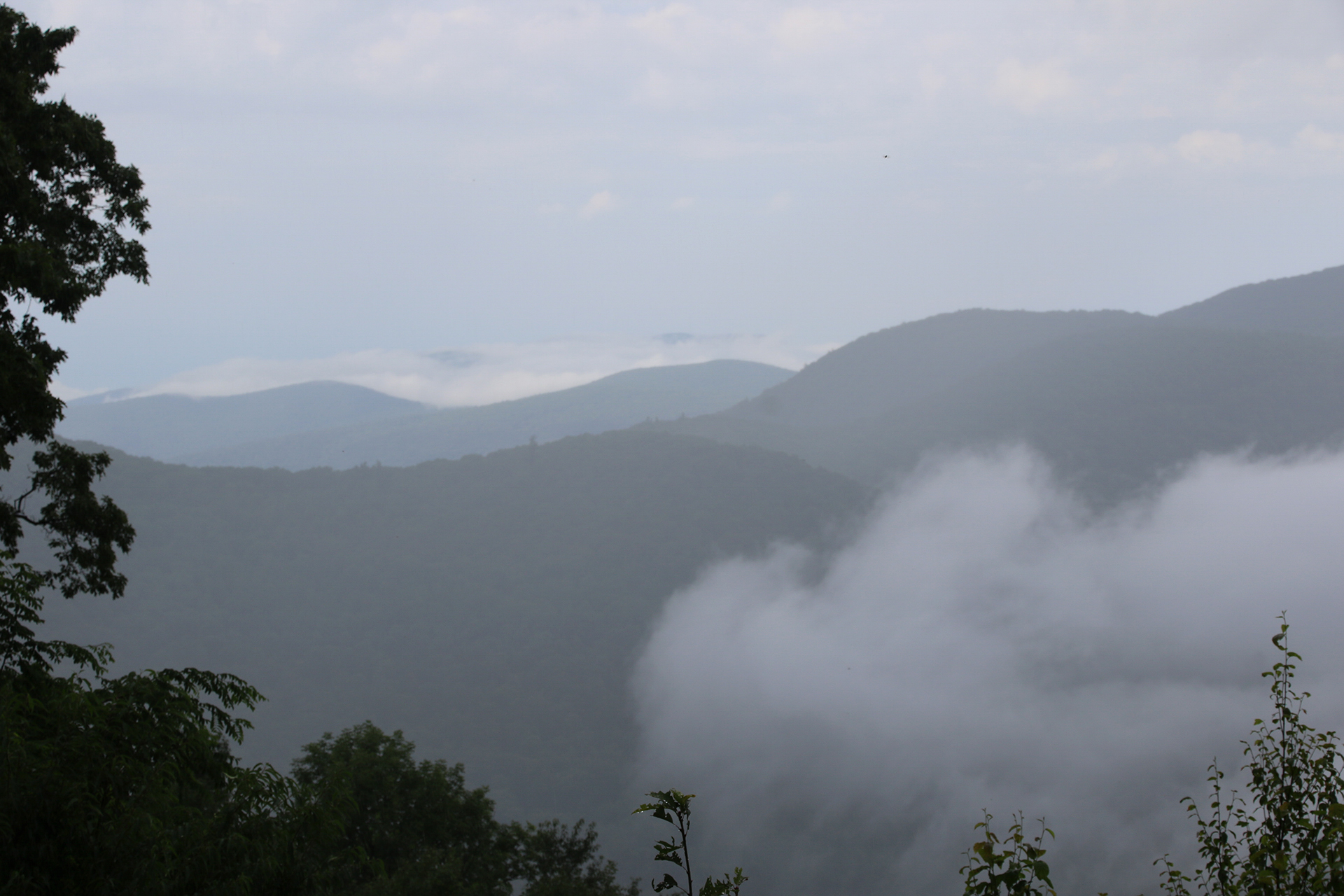 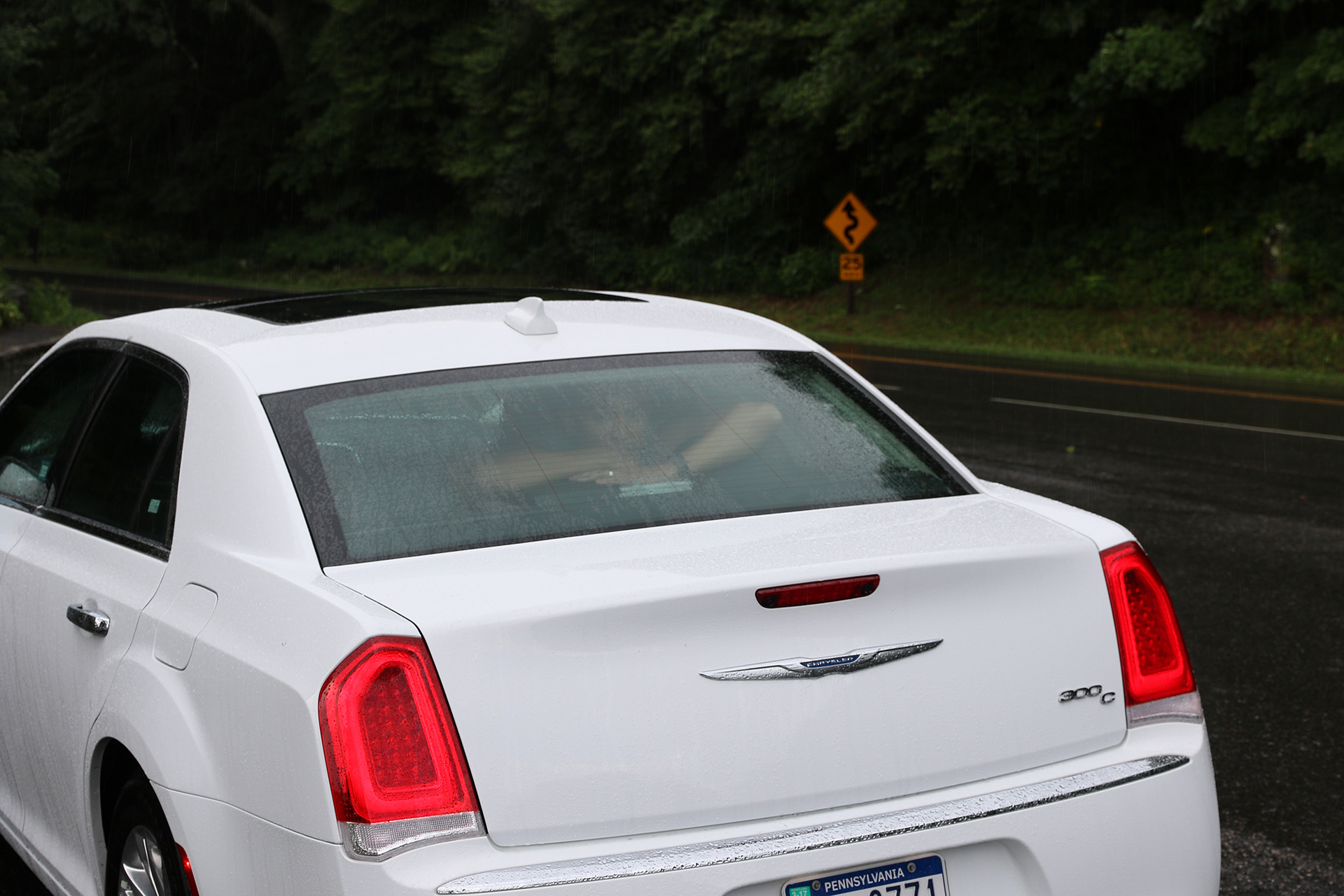 By the time we made it back to Big Meadows Campground at about 6:30pm, the storm had caught up with us. We decided not to go to our campsite because we’d either have to sit in the car or in our tents until the storm blew over. 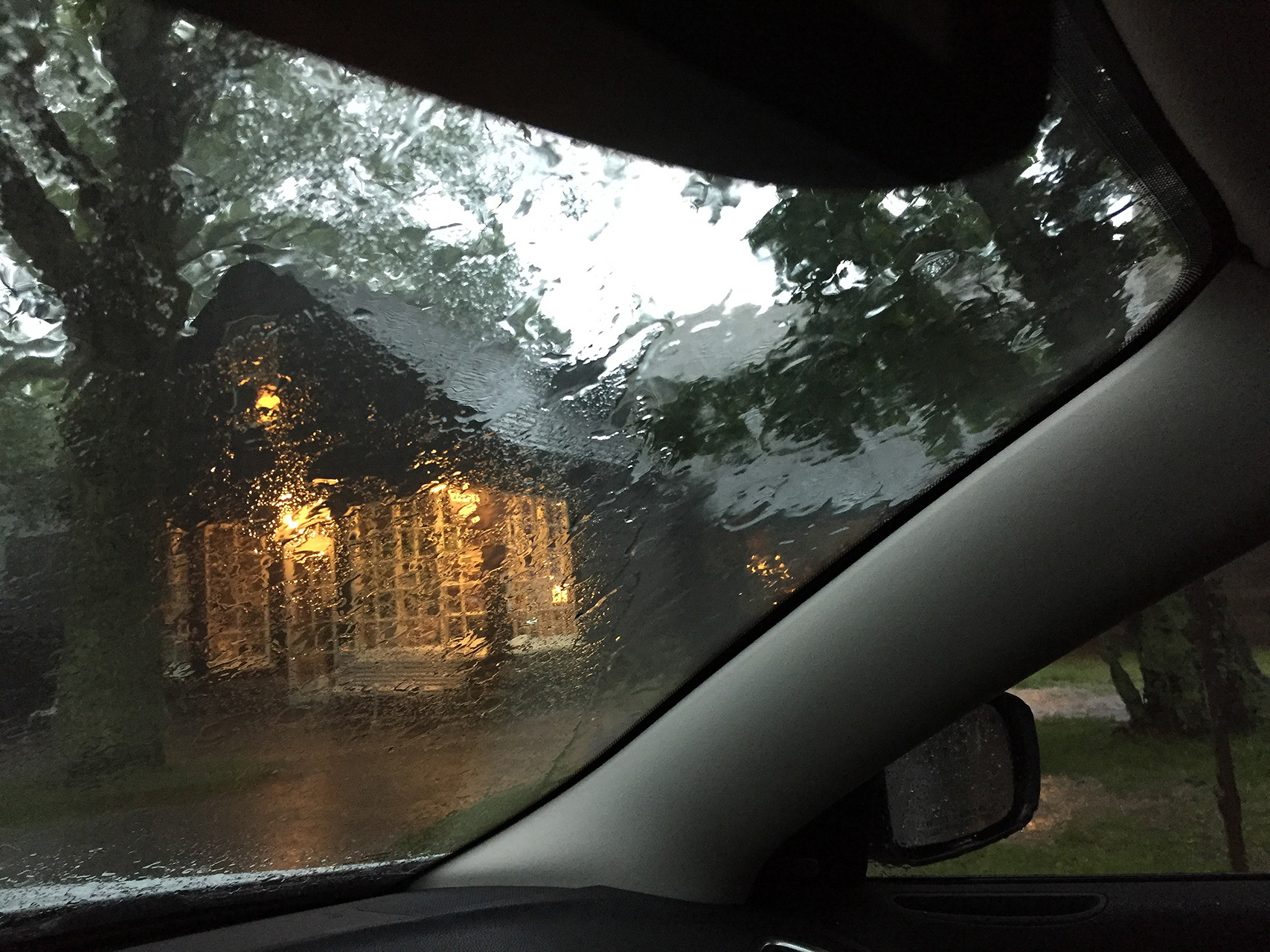 So instead we went to the restaurant at the Big Meadows Lodge. We figured that we would wait out the storm over dinner. The only trick was getting into the restaurant in the downpour. I pulled over in front of it while Sean and Bethany ran in to see if there was availability. They emerged after a few minutes to say that the main dining room was full, but that we could sit in the downstairs lounge. That was the plan, but now they were back in the car. So we went and found a parking space a couple hundred yards from the restaurant. Then we ran through the rain and got completely soaked.

Inside, we were soon drying out over pizza and beer.

About halfway through our meal, the storm passed on, and we were treated to a rainbow. 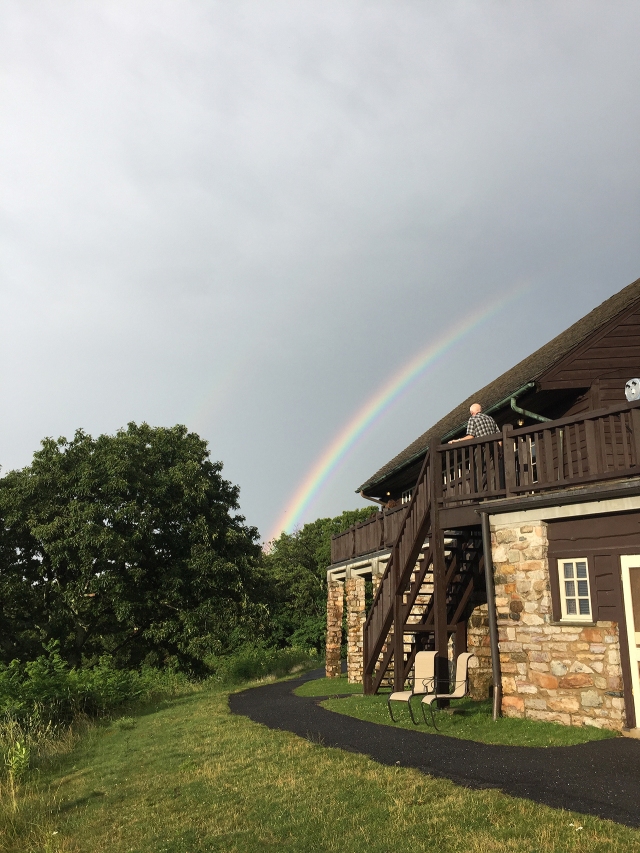 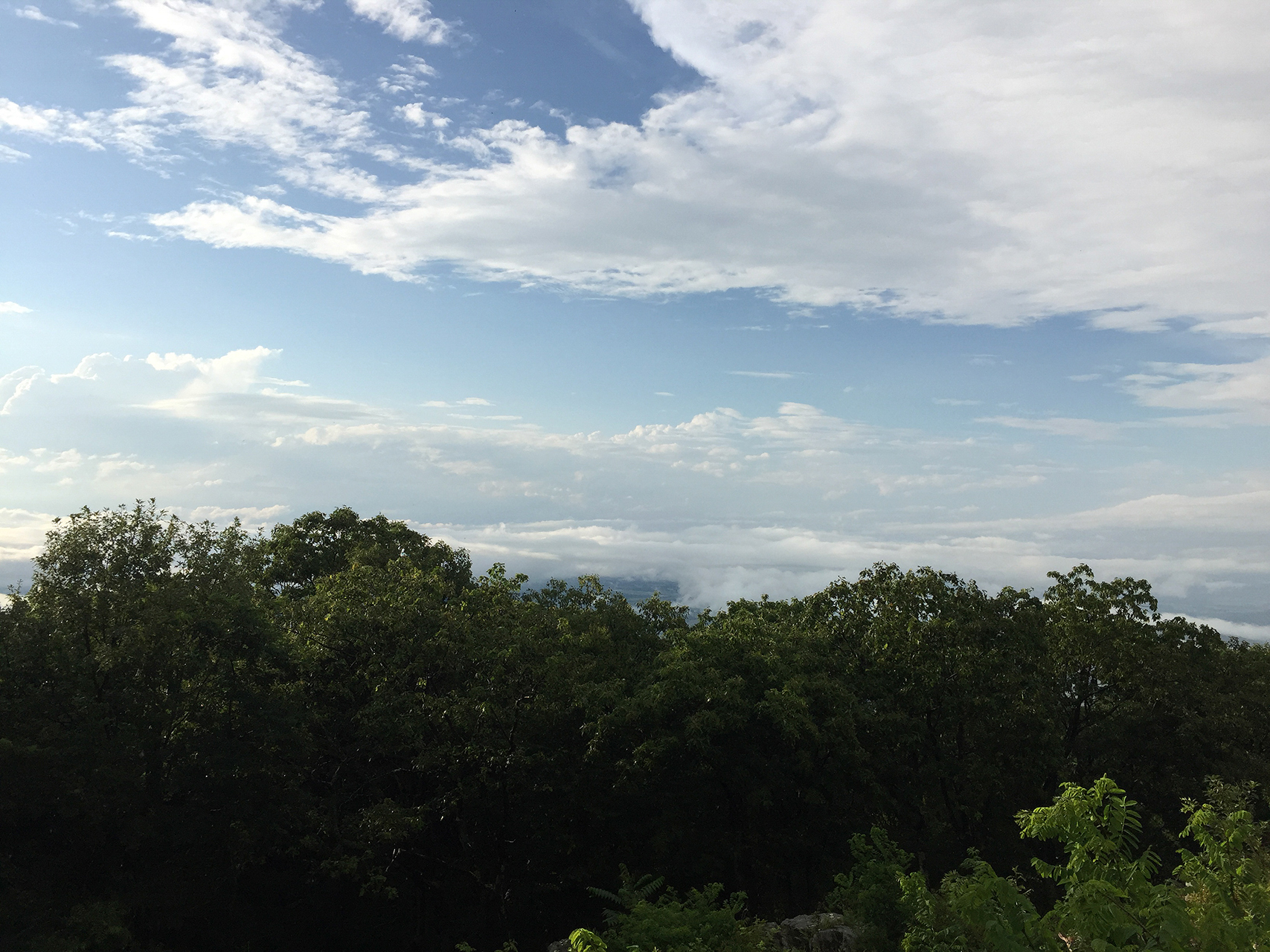 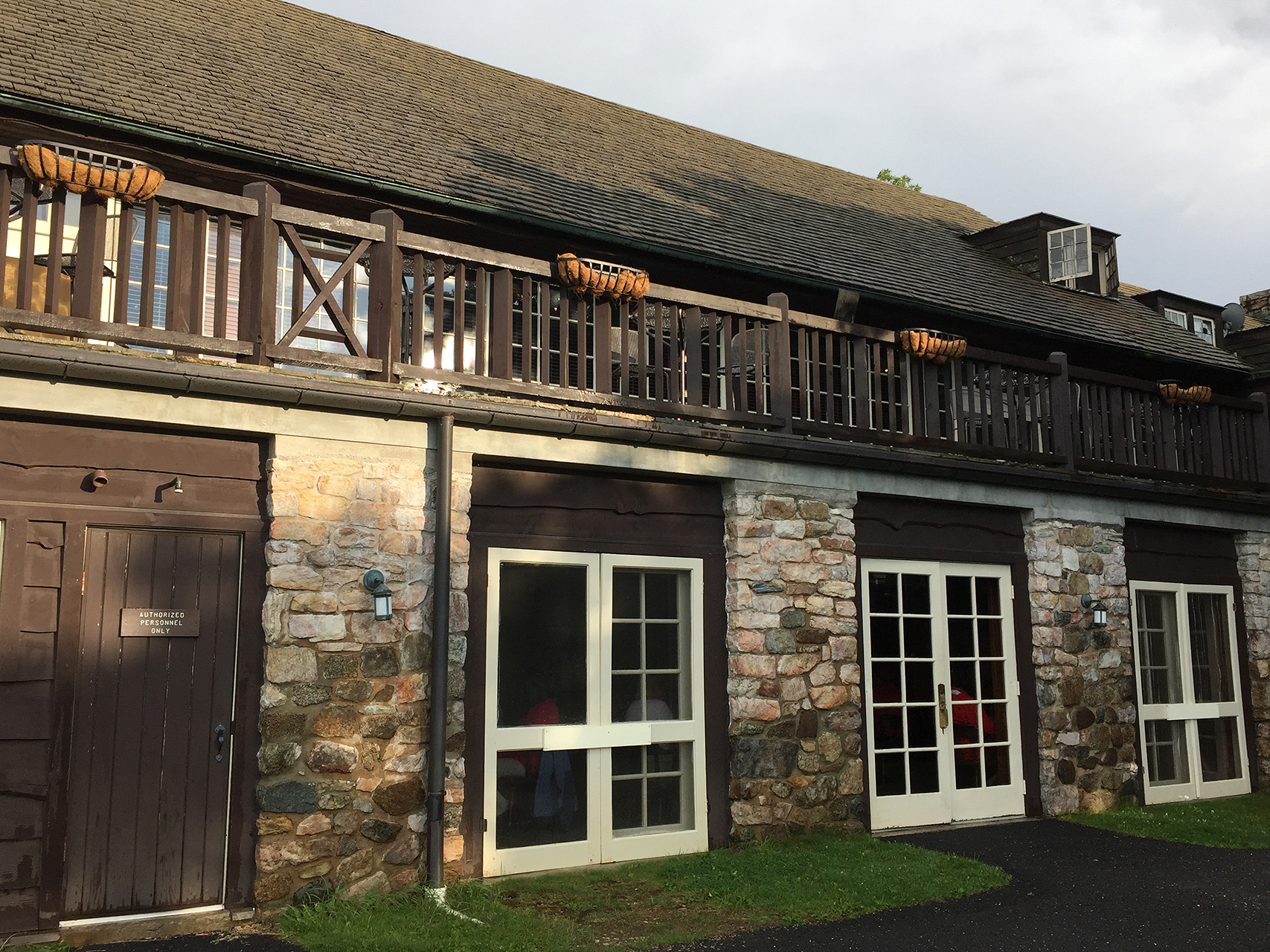 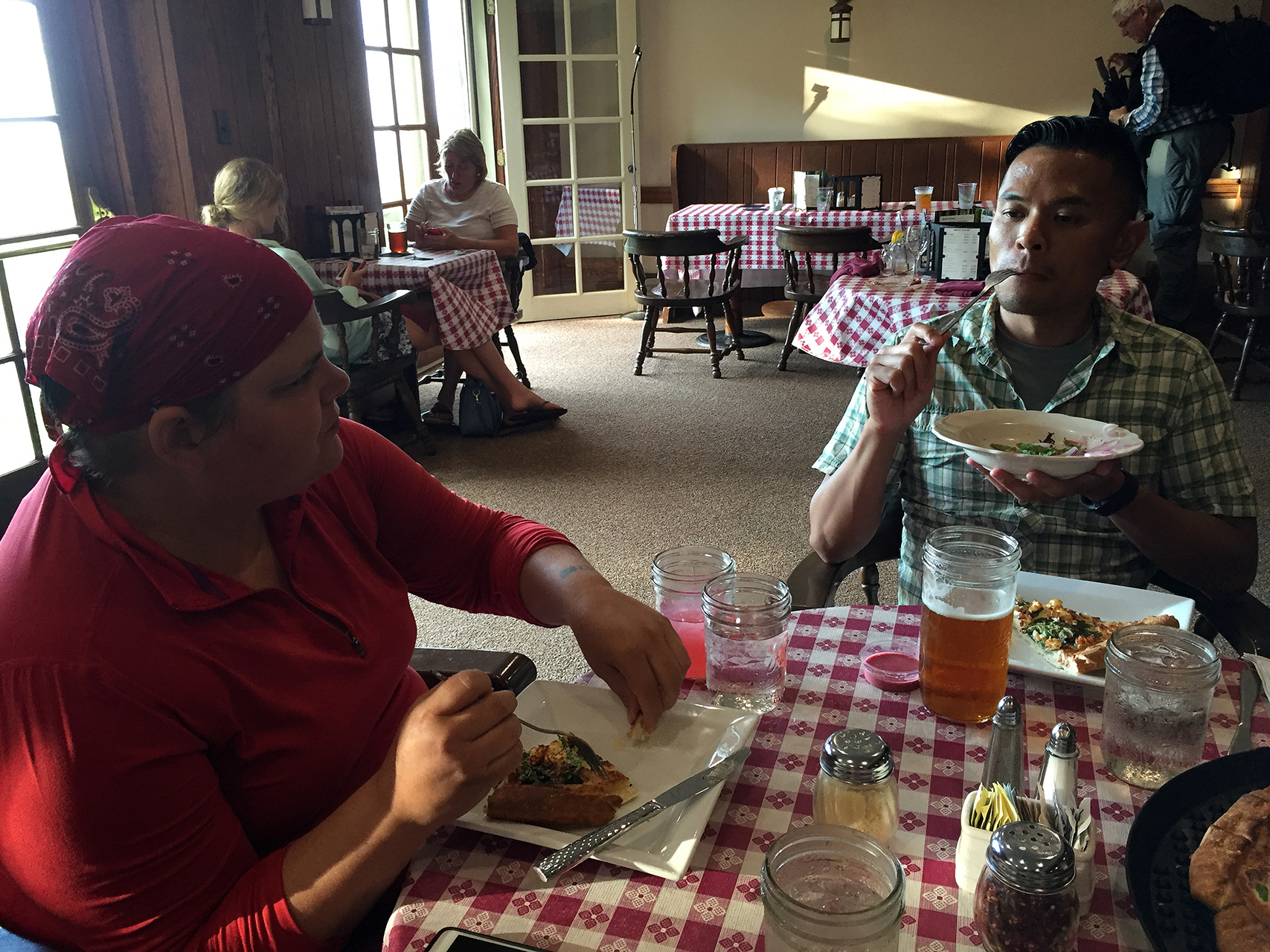 After our supper, we headed back to our campsite, but not without there being some commotion. On a small wooded ridge between the lodge and the campground, someone had spotted a Black Bear cub. By the time we were leaving the parking lot, NPS Rangers has arrived to encourage gawkers to continue moving along in their cars. As we drove by, Bethany and Sean spotted the little bear, but I didn’t, which was probably for the best since I was the one driving… 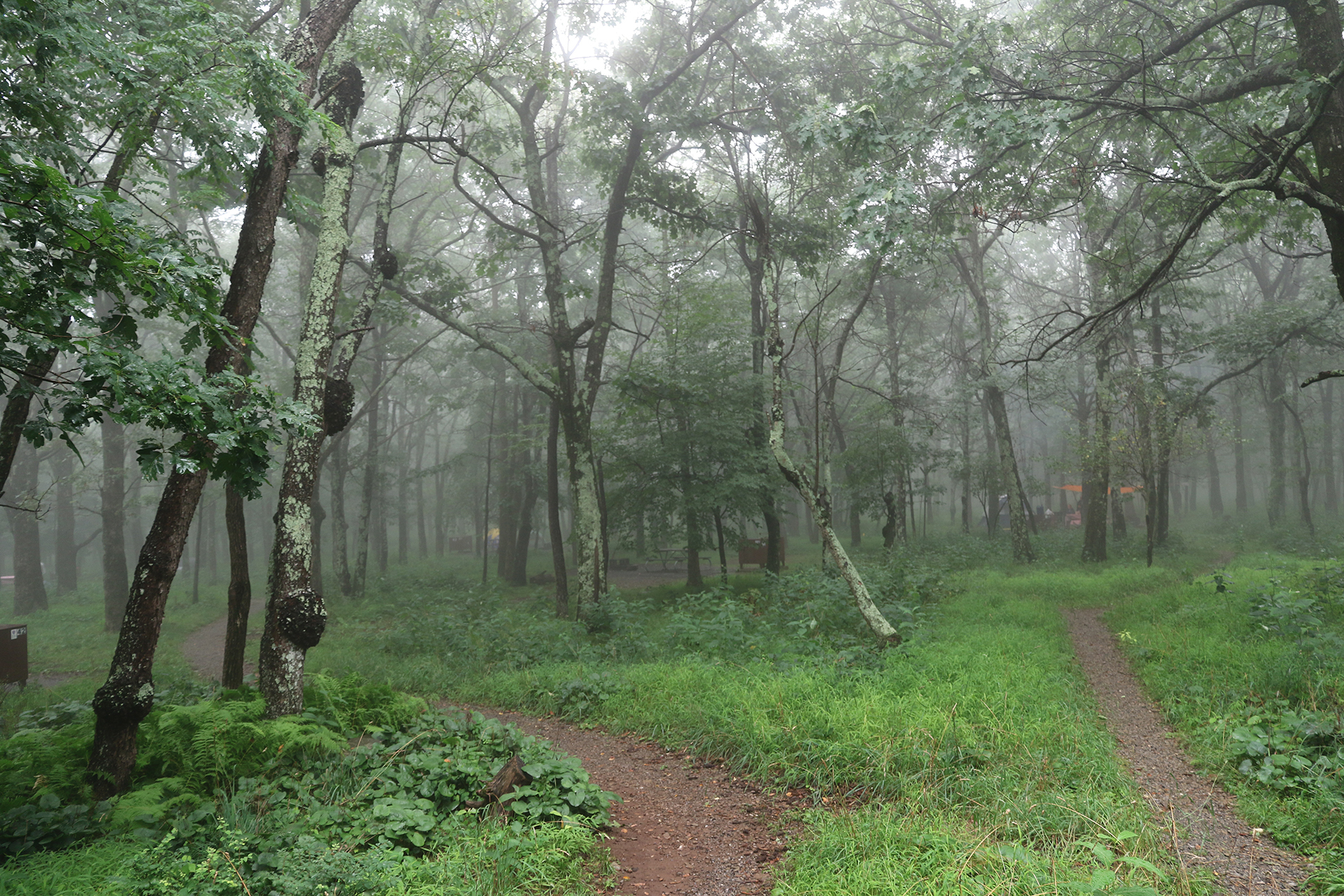 It was misty and atmospheric back in the campground, particularly in the tent-only walk-in section on the edge the forest where our site was. 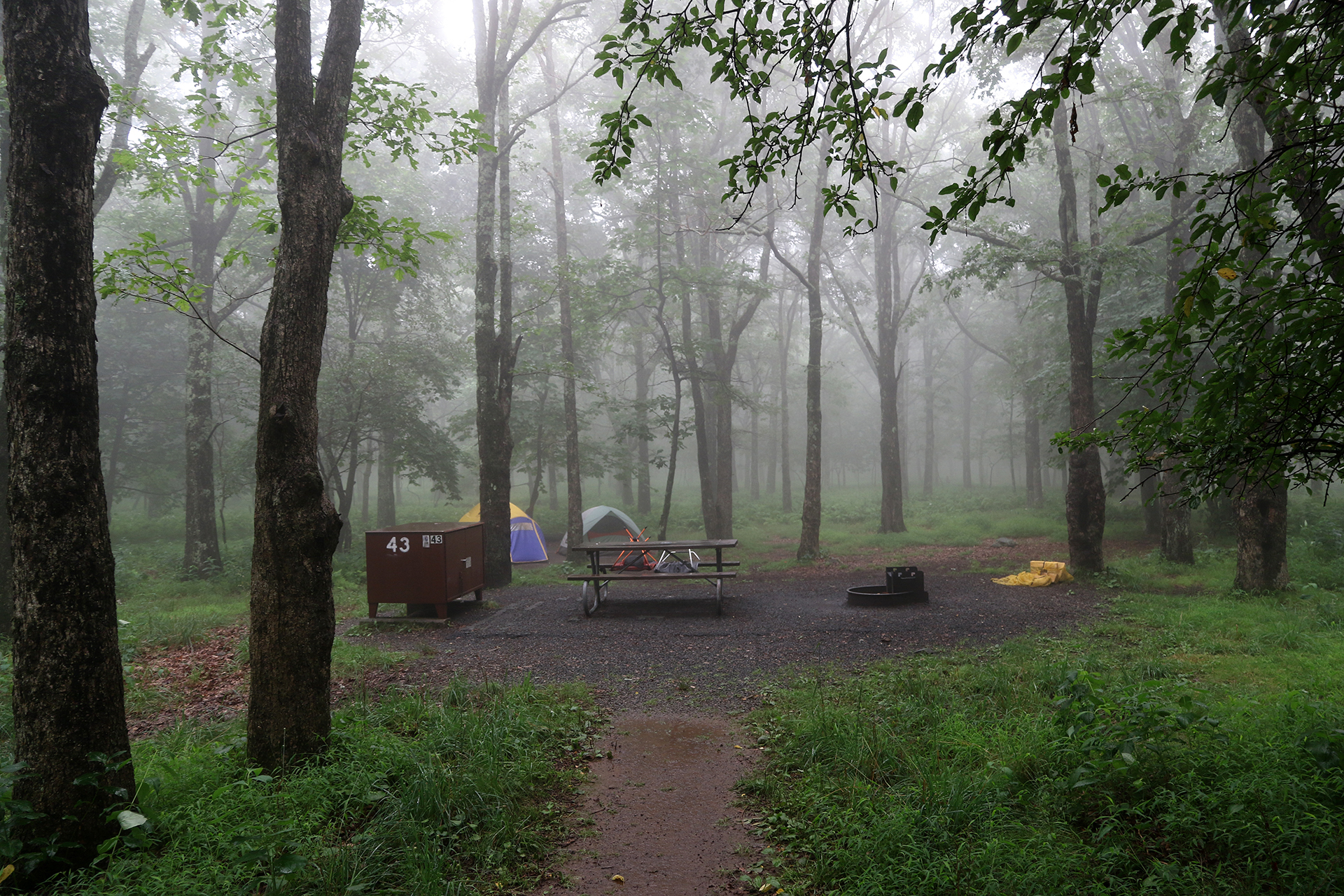 Our site was, of course, quite wet, but our gear and the insides of our tents were nice and dry. Our firewood was wet, but we saw that as a challenge to be overcome rather than a disaster, particularly since we were in an established campground. We could have gotten more, but we didn’t want to waste it since we were leaving the next day. 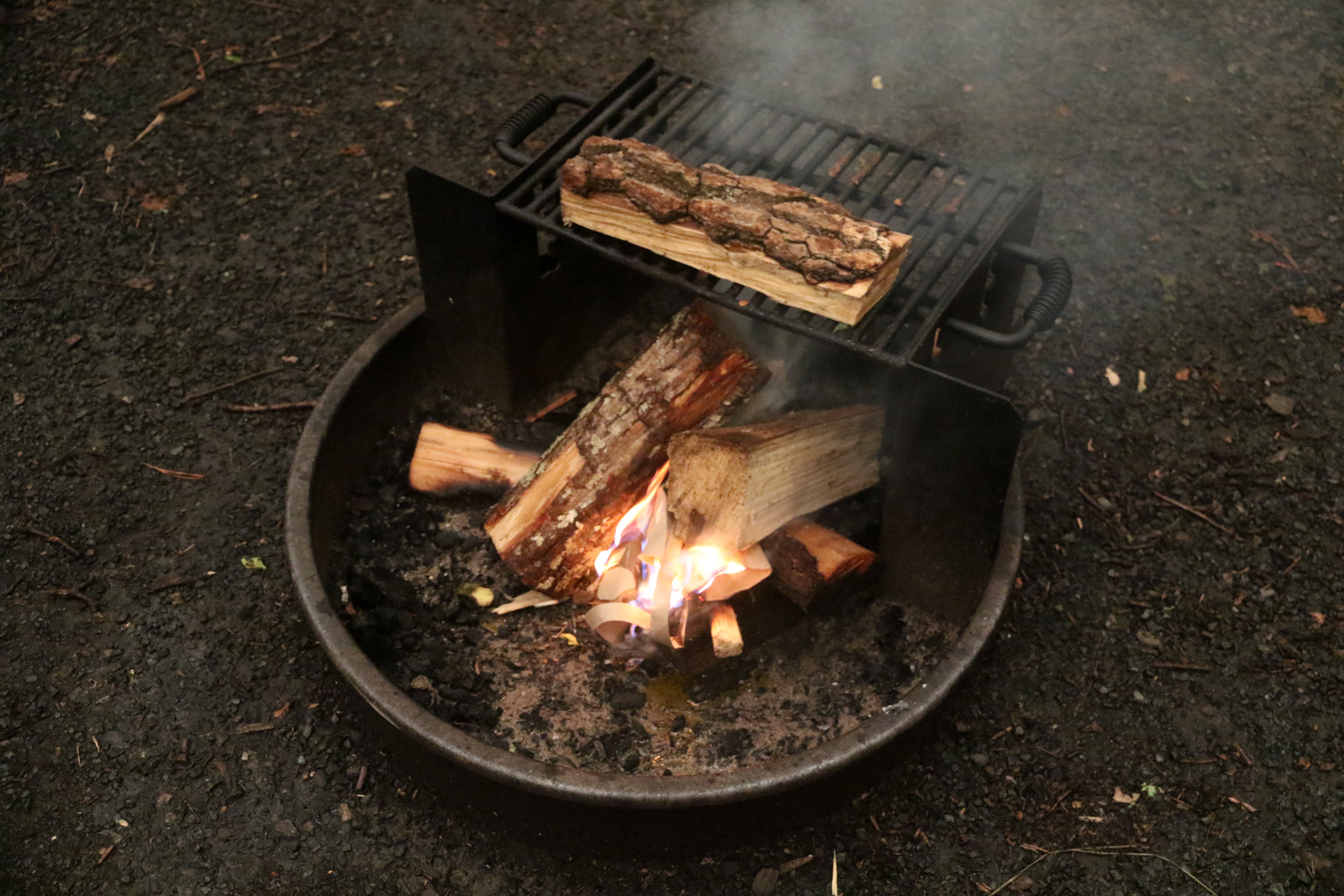 We were able to light a couple of the dryer bits of wood. Once we got those going, we used the grate over the fire ring to dry out each subsequent log before we added it to the fire. Soon we had a merry blaze going. 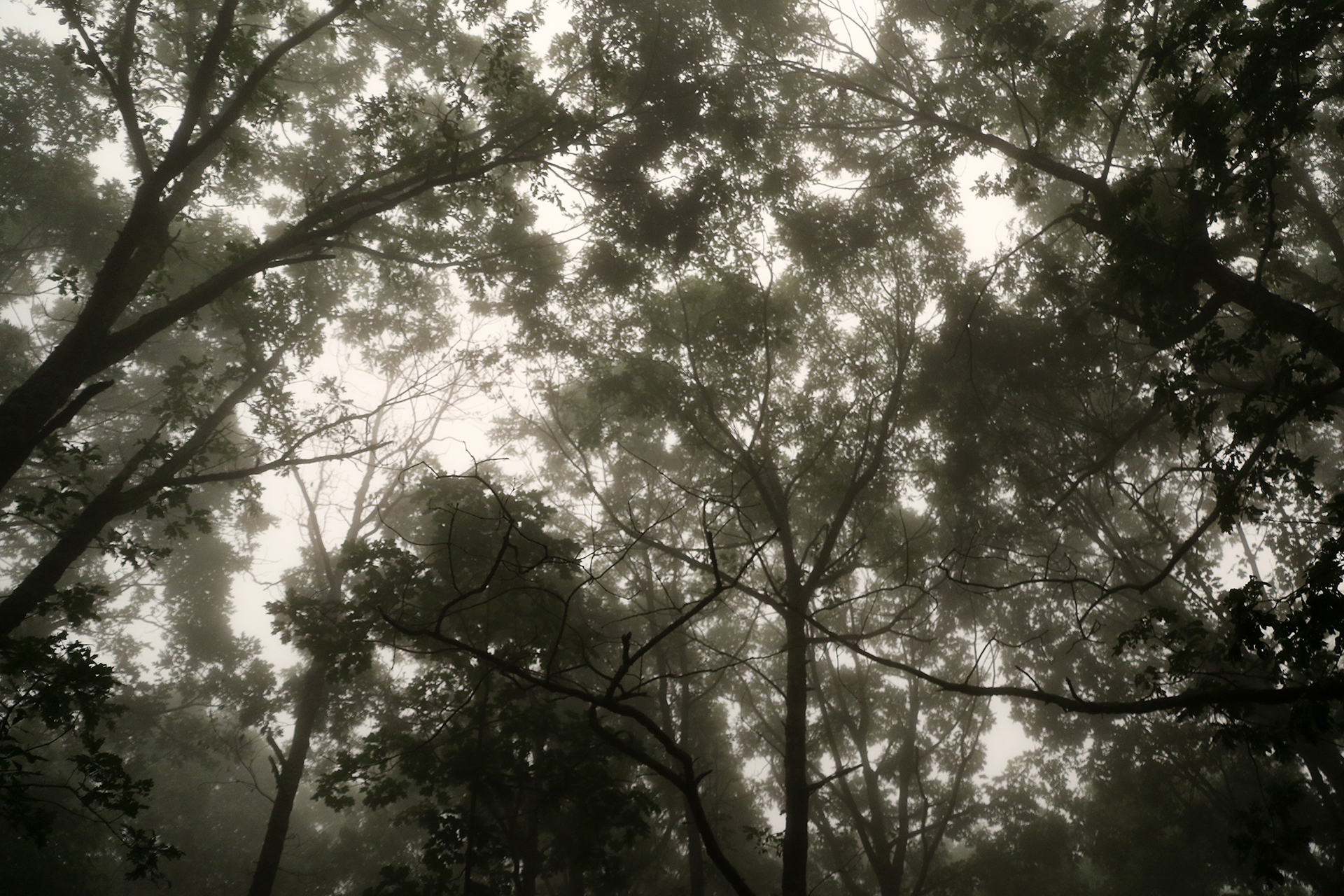 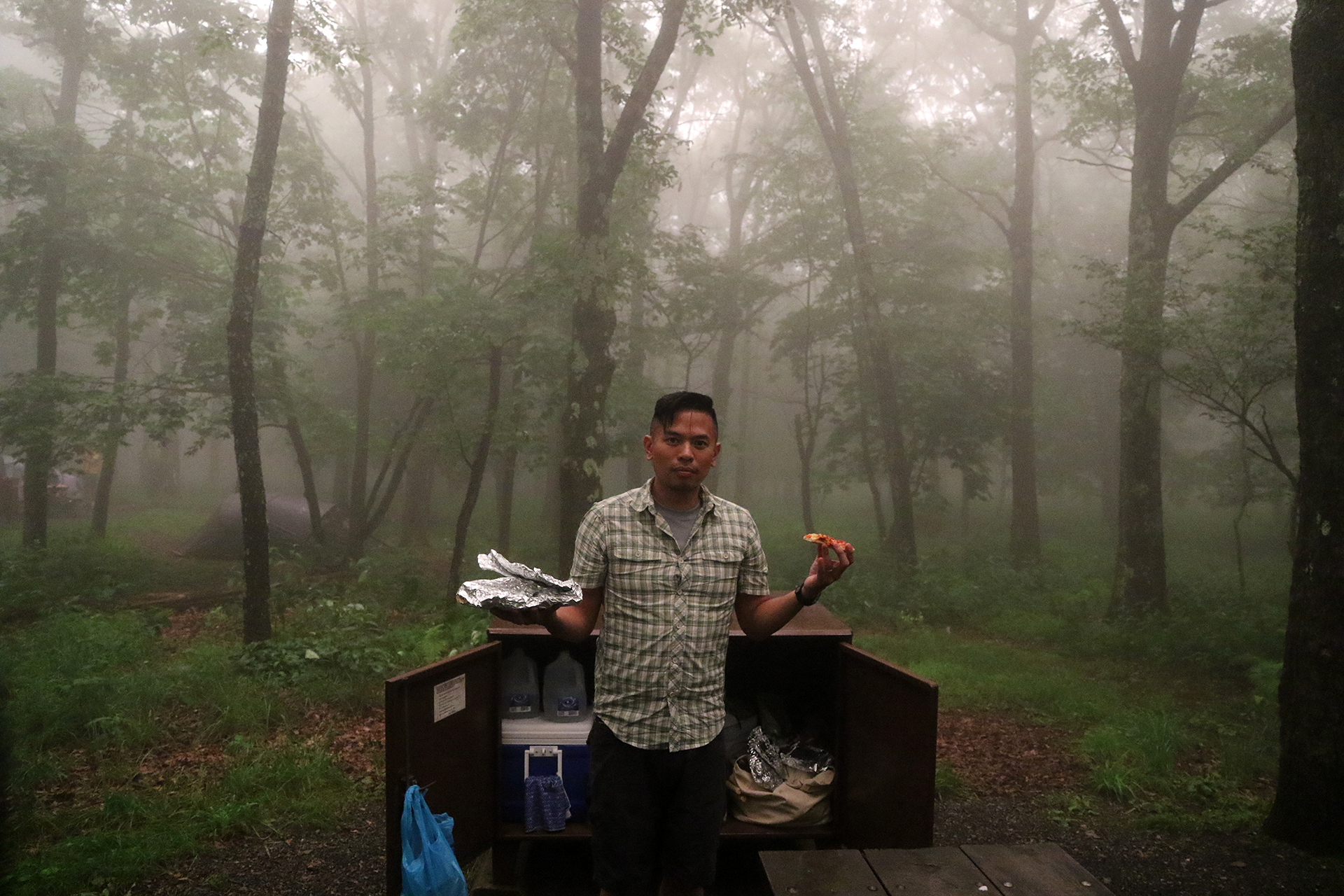 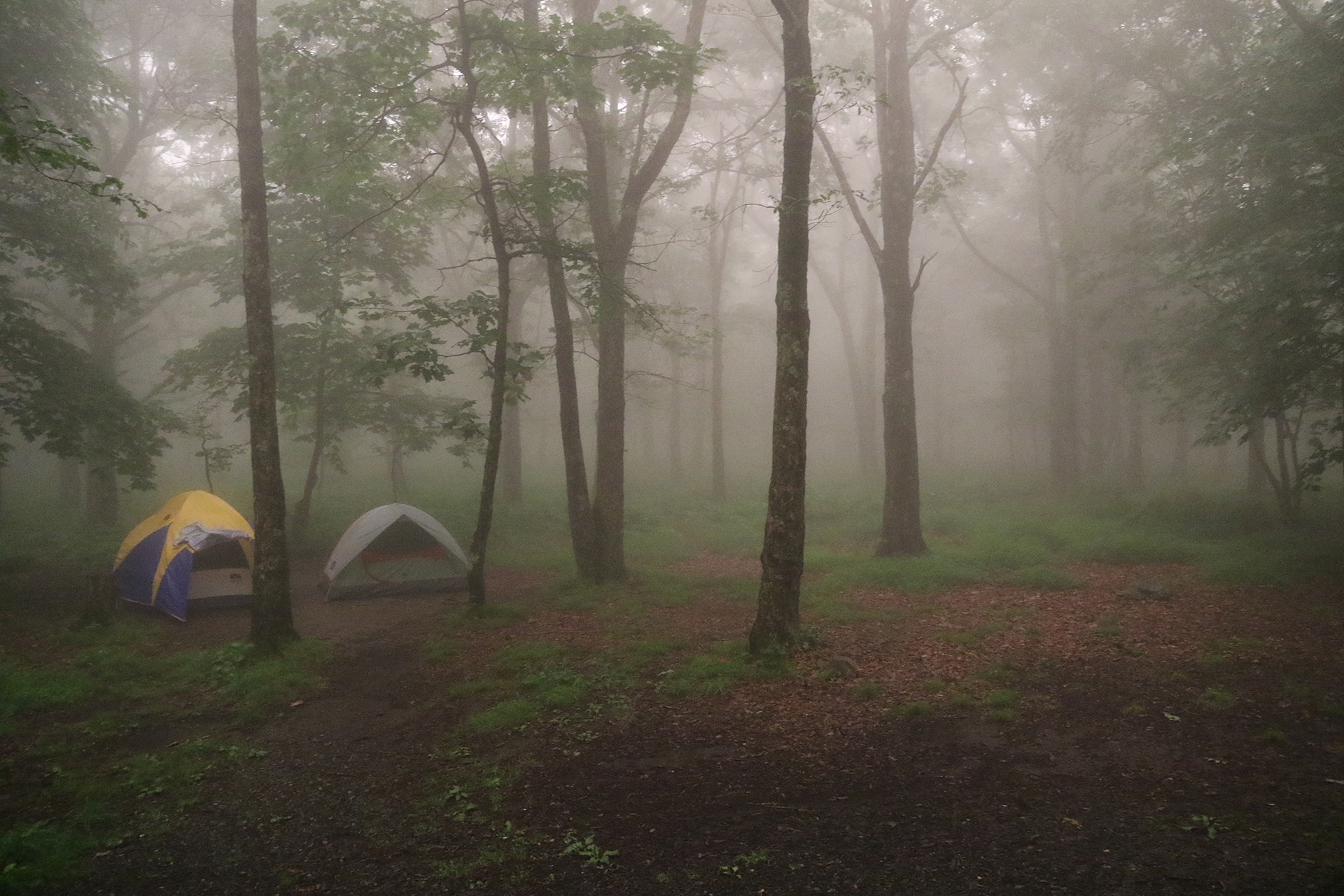 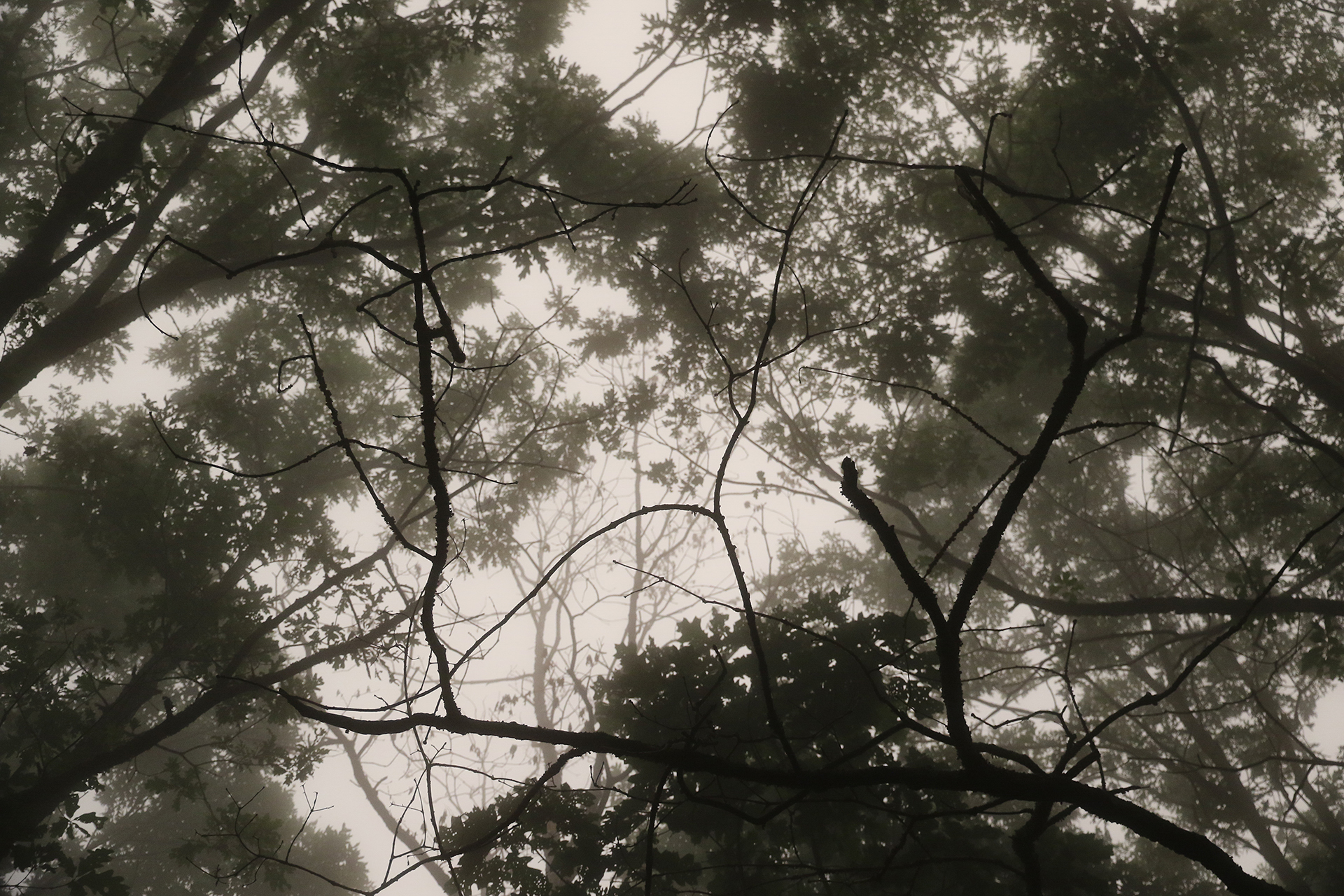 Some light rain dropped on us a couple more times. Or rather, it felt less like rain falling from clouds in the heavens than it felt like the mist around us had solidified just above our heads in the forest canopy and the droplets were falling to earth from about twenty feet above our heads. It barely warranted putting on a jacket. 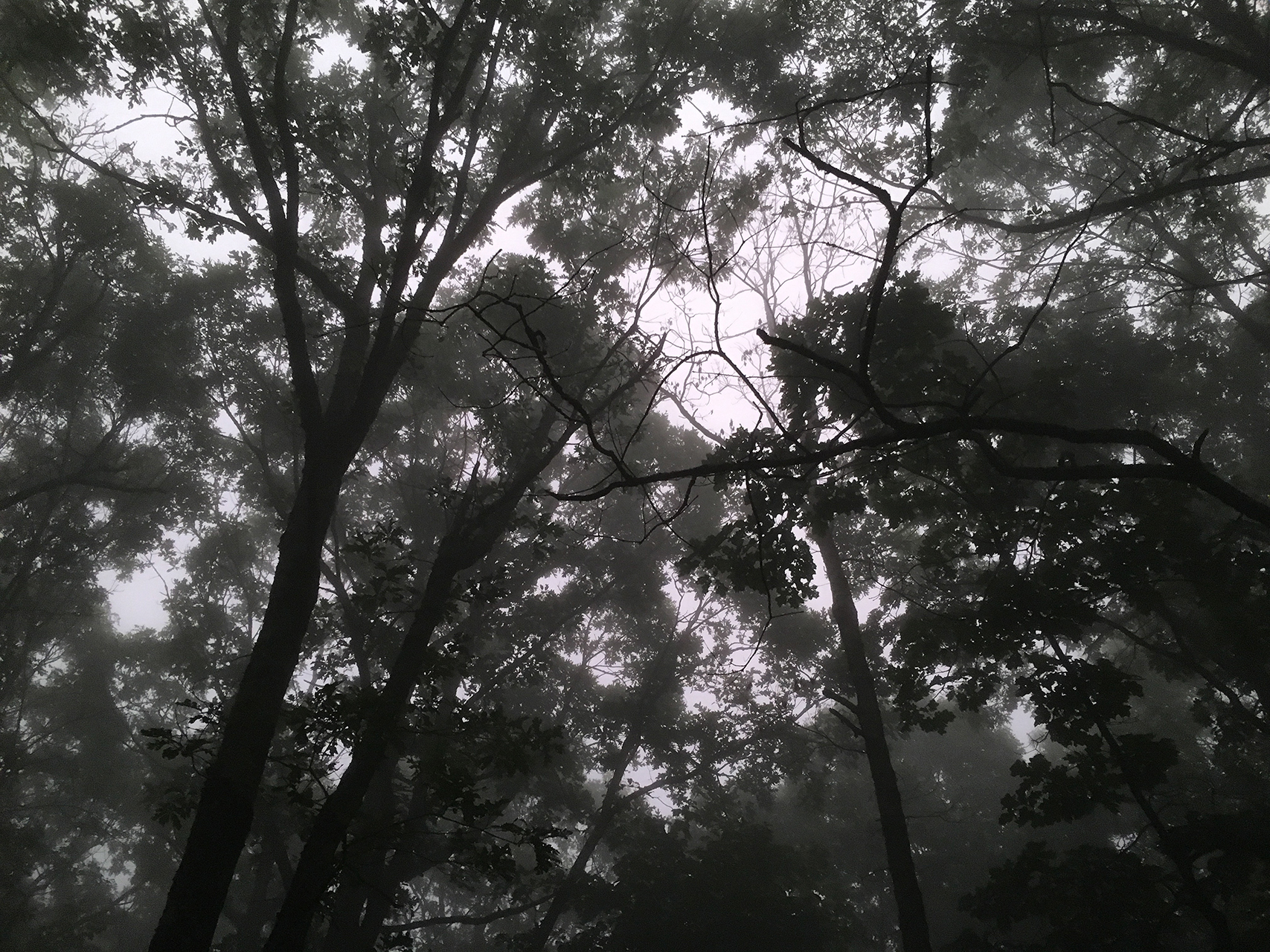 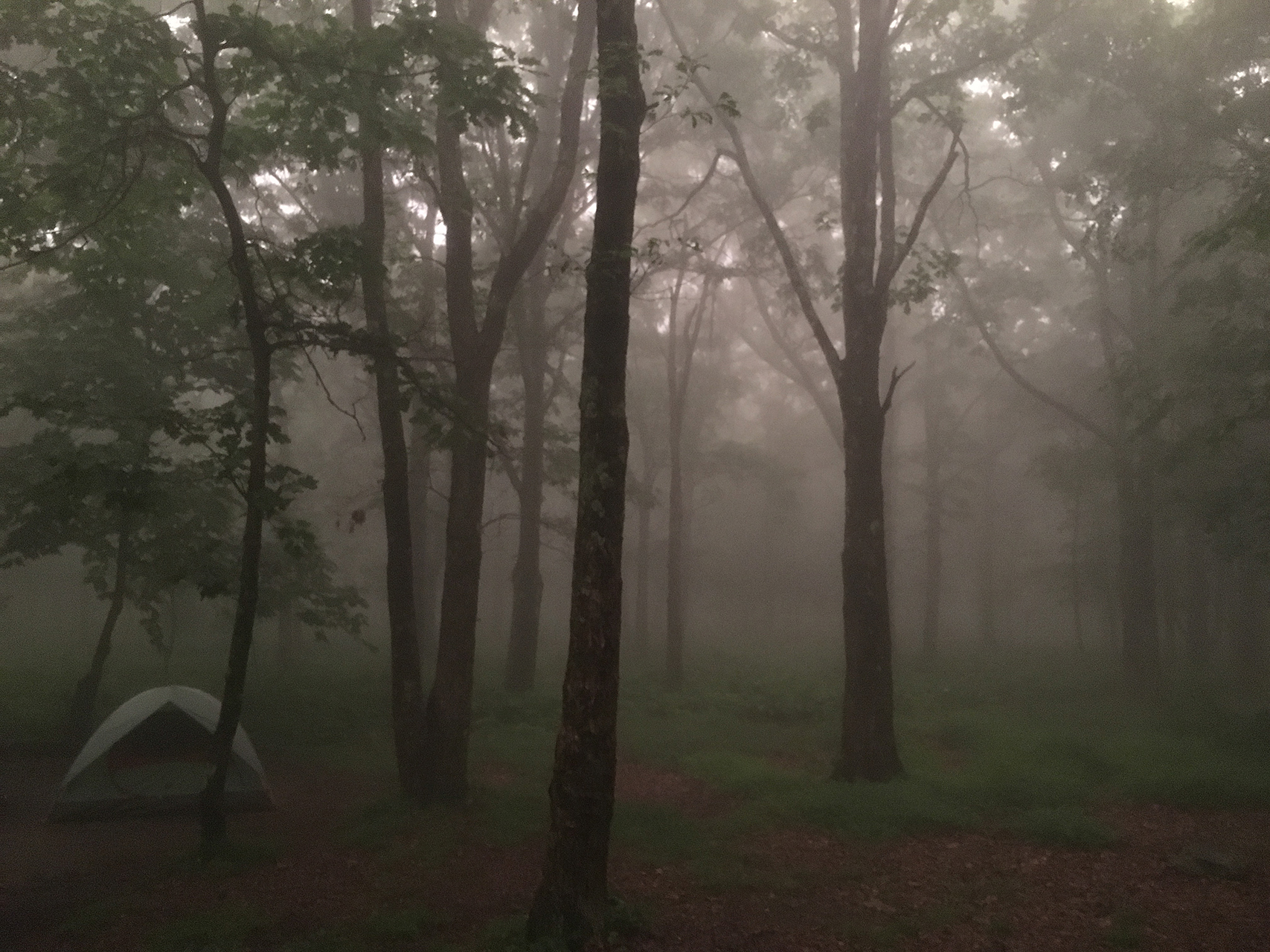 With the campfire going and the coming darkness enhancing the misty world, it was quite a special camping moment in a National Park. The entire campground felt hushed and subdued. 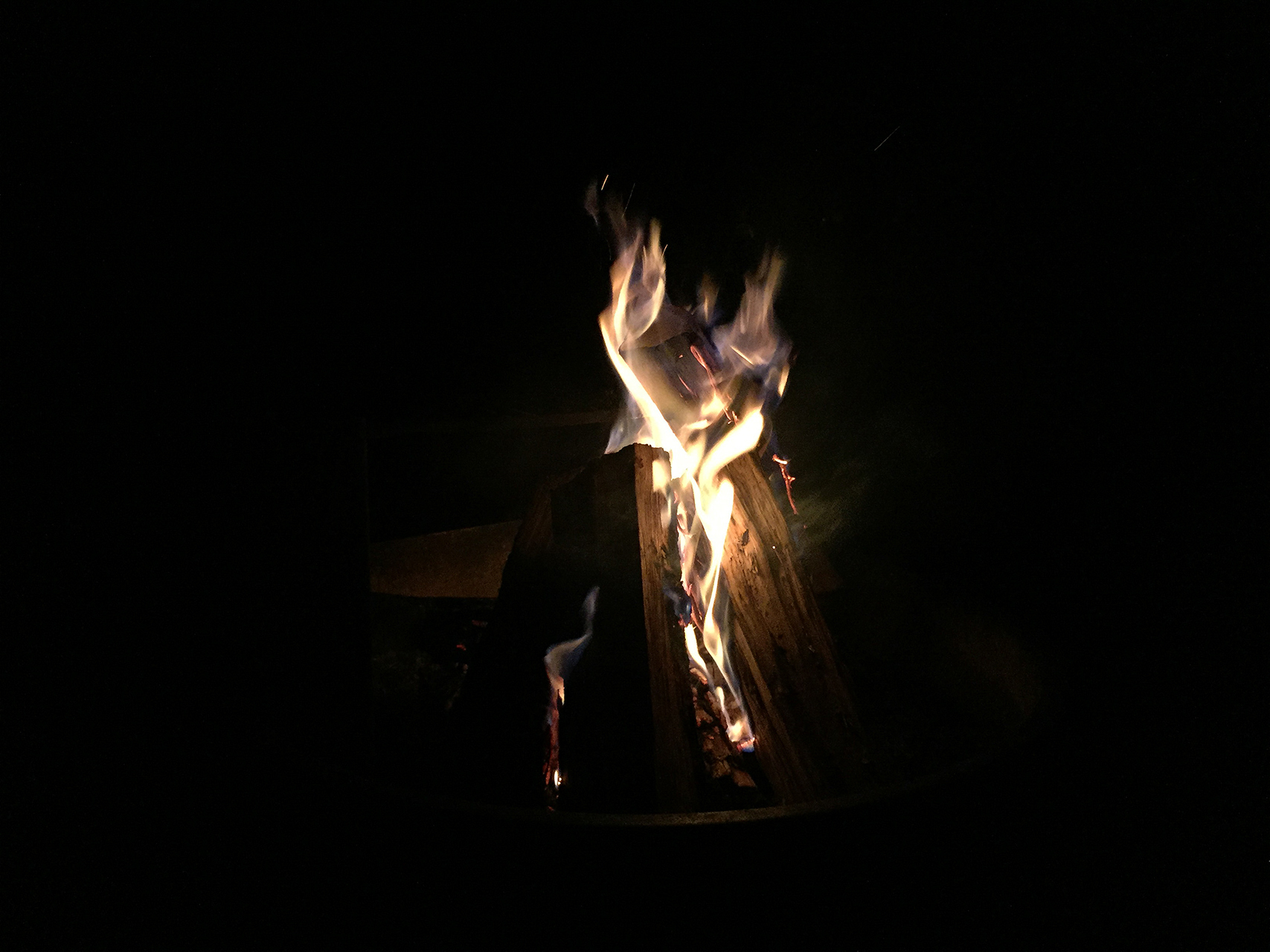 And a couple hours later by the time we finally went to bed, the stars had come out, sparkling above us while we slept soundly. 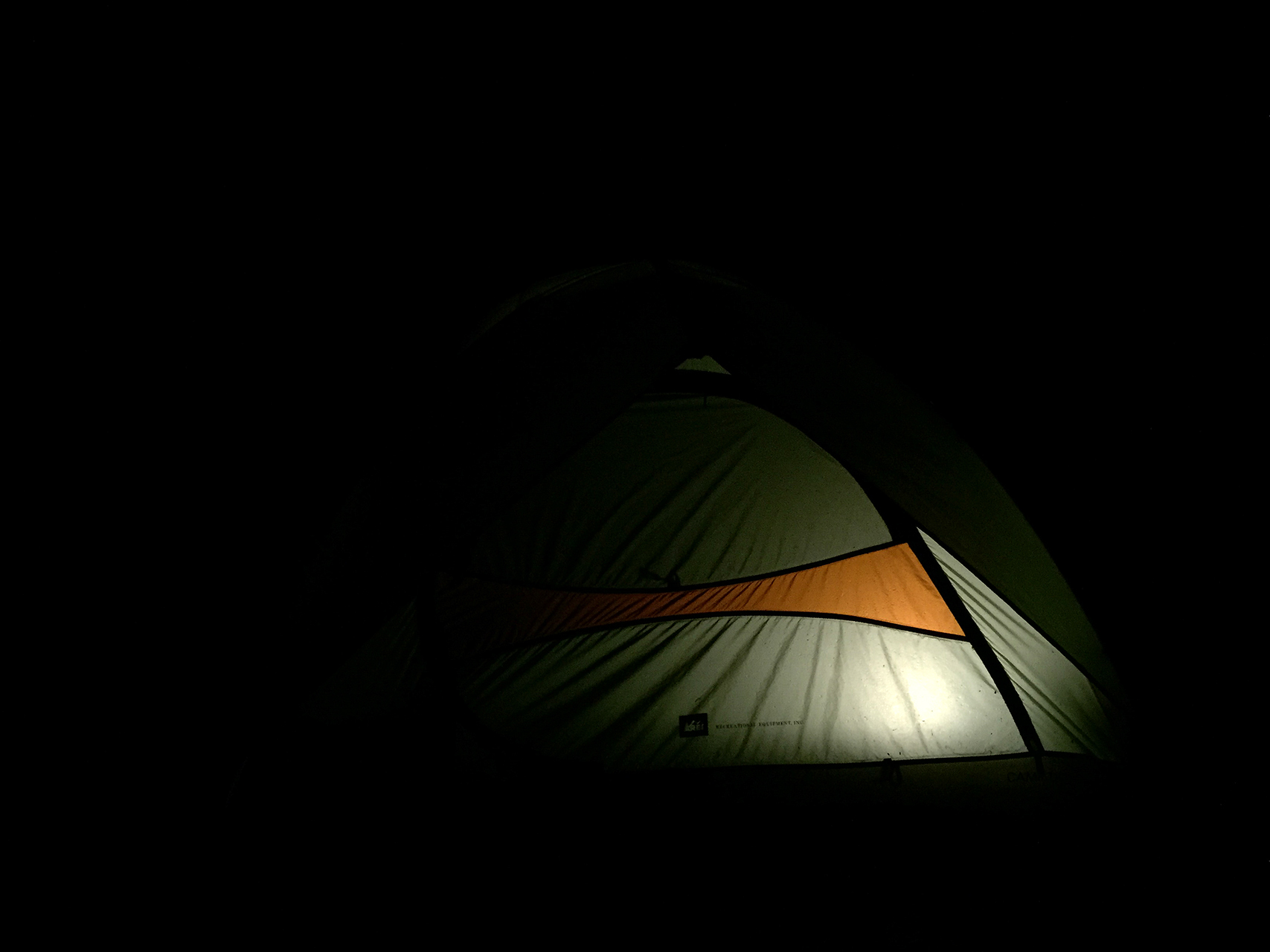