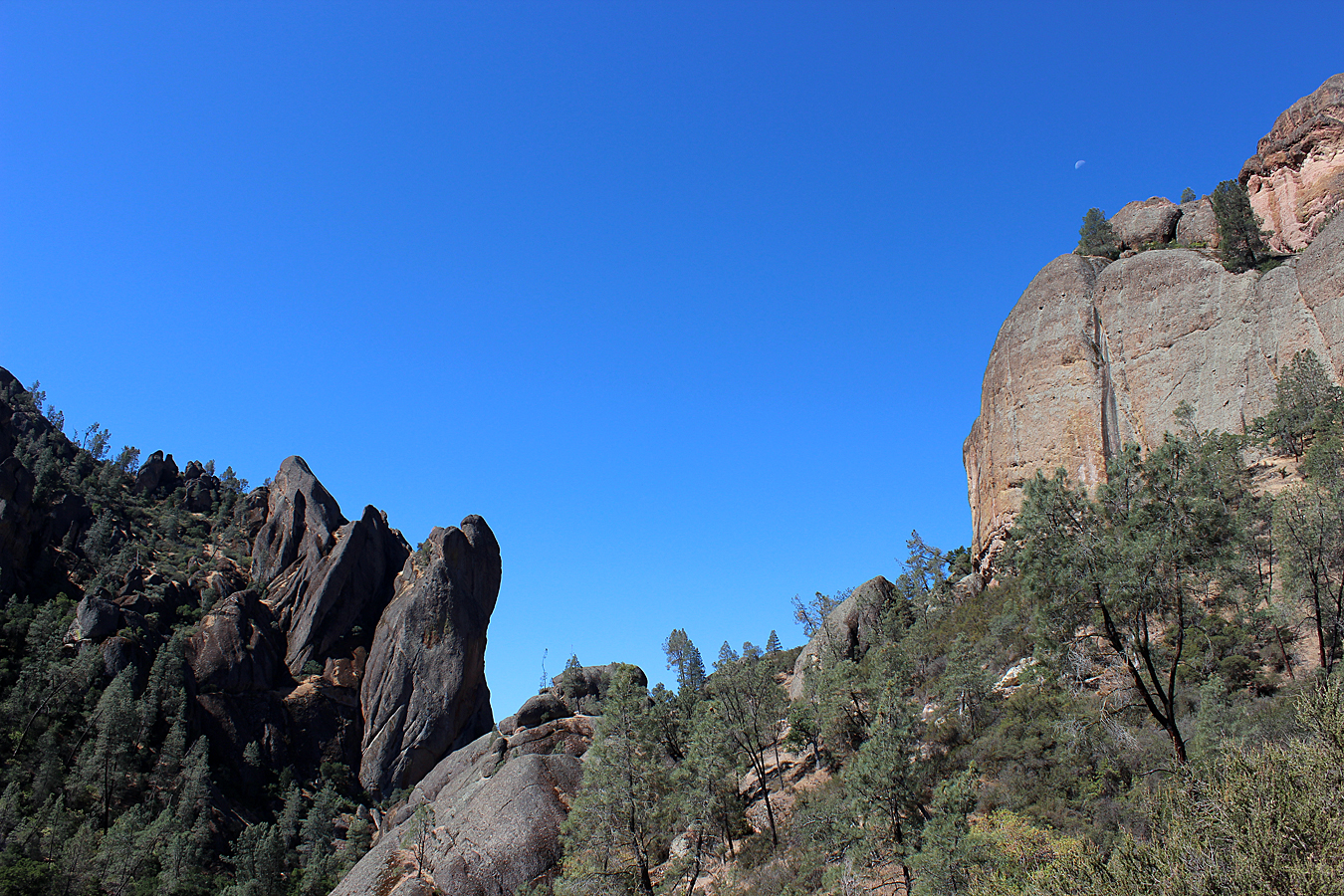 Pinnacles National Park is a jewel.

It was established as Pinnacles National Monument on January 16, 1908 by President Theodore Roosevelt, only the twelfth National Monument created under the presidential powers conferred by the Antiquities Act of 1906. Originally, the monument only protected a little over 2,000 acres at the heart of the park, the pinnacles formations themselves. Since then, the monument has been expanded five times, once by congress and four times by executive order, as the ecological importance and recreational value of the areas adjacent to the monument were recognized. The most recent expansion was in January 2000, by executive order of President Clinton as he left office, largely to preserve the watersheds of Pinnacles’ creeks and streams.

Pinnacles now comprises over 26,000 acres in the Gabilan Mountains of central California. In 1976, just under 13,000 acres at Pinnacles were set aside as federally-designated wilderness under the Wilderness Act of 1964. Because of the wilderness designation, California highway 146 does not bisect the park. In order to travel from one side of Pinnacles to the other, visitors must drive about 1.5 hours to the south of the mountains through King City in the Salinas Valley.

In a sense, the very fact that it was preserved in the form of a National Monument over a century ago makes it unique and deserving of National Park status since it has preserved landscapes and ecosystems that have vanished around it.

After we returned from Virgin Islands National Park in March, Sean and I were both keen to visit another soon, but just the two of us. As circumstance had dictated, we had followed up our big backpacking trip to Isle Royale in 2011 with a quick overnight, again just the two of us, at Joshua Tree. We wanted to repeat the pairing of a big trip with friends followed by quick trip alone.

Spring was proving to be a busy time at work for both of us, plus we’d just gone on a week-long vacation, so we began looking for parks that were reasonably accessible as long-weekend trips: near enough to a major airport so that we didn’t lose too much travel time, but also a destination with flights that weren’t unreasonably expensive. Also, we didn’t want to spoil a park trip that friends had expressed interest in.

Given the parameters, Pinnacles rose quickly to the top. The park’s campground was only 1.5 hours south of San Jose, plus the flights were reasonable, as were the rental car rates. And since it wasn’t a park as this project really got going, no friends had expressed interest (or, truthfully, had the opportunity to).

Plus I liked both the idea of my tenth park being the newest in the system and also being able to visit the newest park only a few months after it was established.

Spring and autumn are the peak seasons at Pinnacles because summer heat can become oppressive. We were looking at May, which was the end of the peak wildflower season. The campground was full for several of our possible weekends. And we briefly entertained the idea of staying in a motel in Soledad, California instead of staying at the campground. After making the mistake (again) of looking at Yelp and TripAdvisor, and thereby making myself unnecessarily nervous, I reserved a campsite for two nights.

Our flights were booked. We’d fly from Chicago to San Jose after work on Thursday, May 30, then drive to Gilroy, California and stay the night at a motel. On Friday morning we’d continue on to the west entrance of Pinnacles and do some hiking in the morning before driving around to the east side and the campground where we would spend Friday and Saturday nights before flying home on Sunday afternoon.