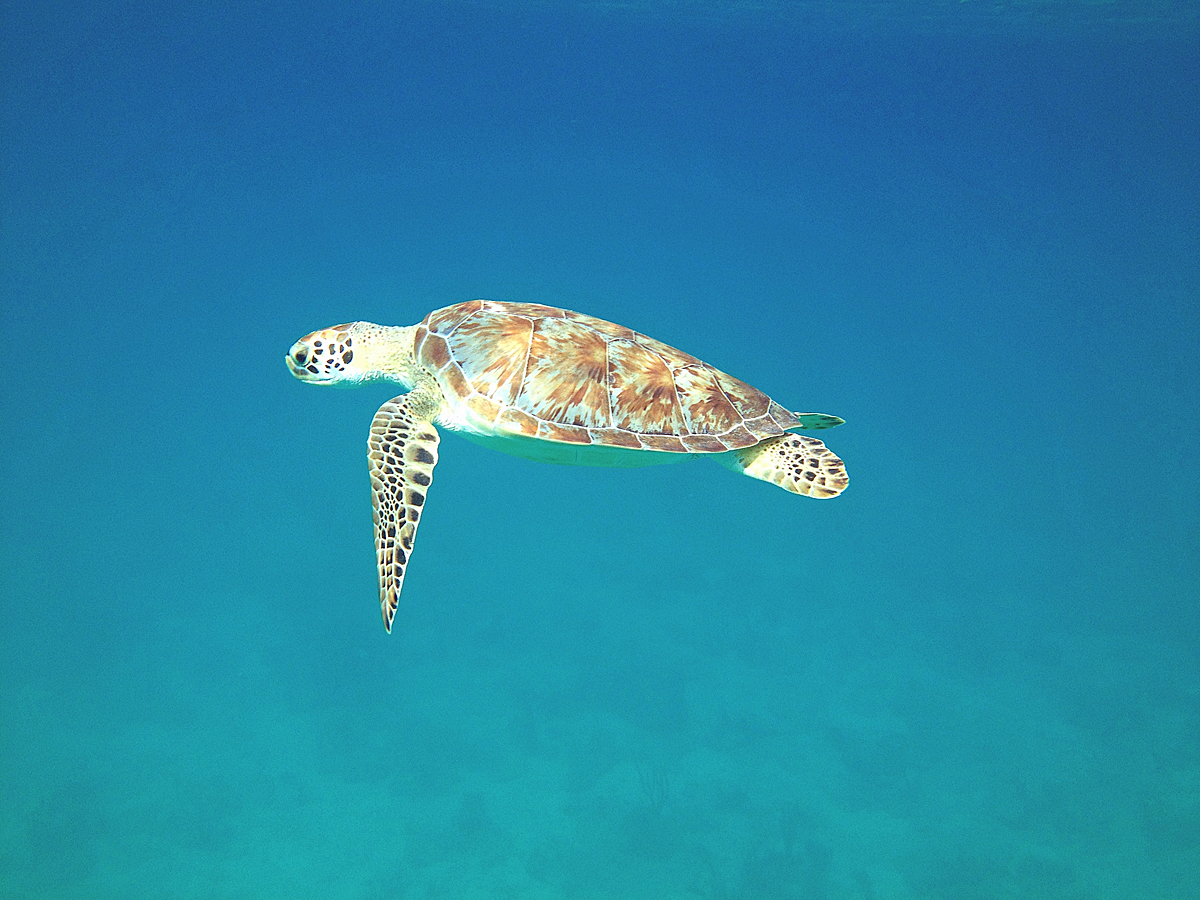 Sunday morning, March 10, dawned overcast. It was, looking back, the beginning of probably the single best day in and around a National Park I’ve had so far. 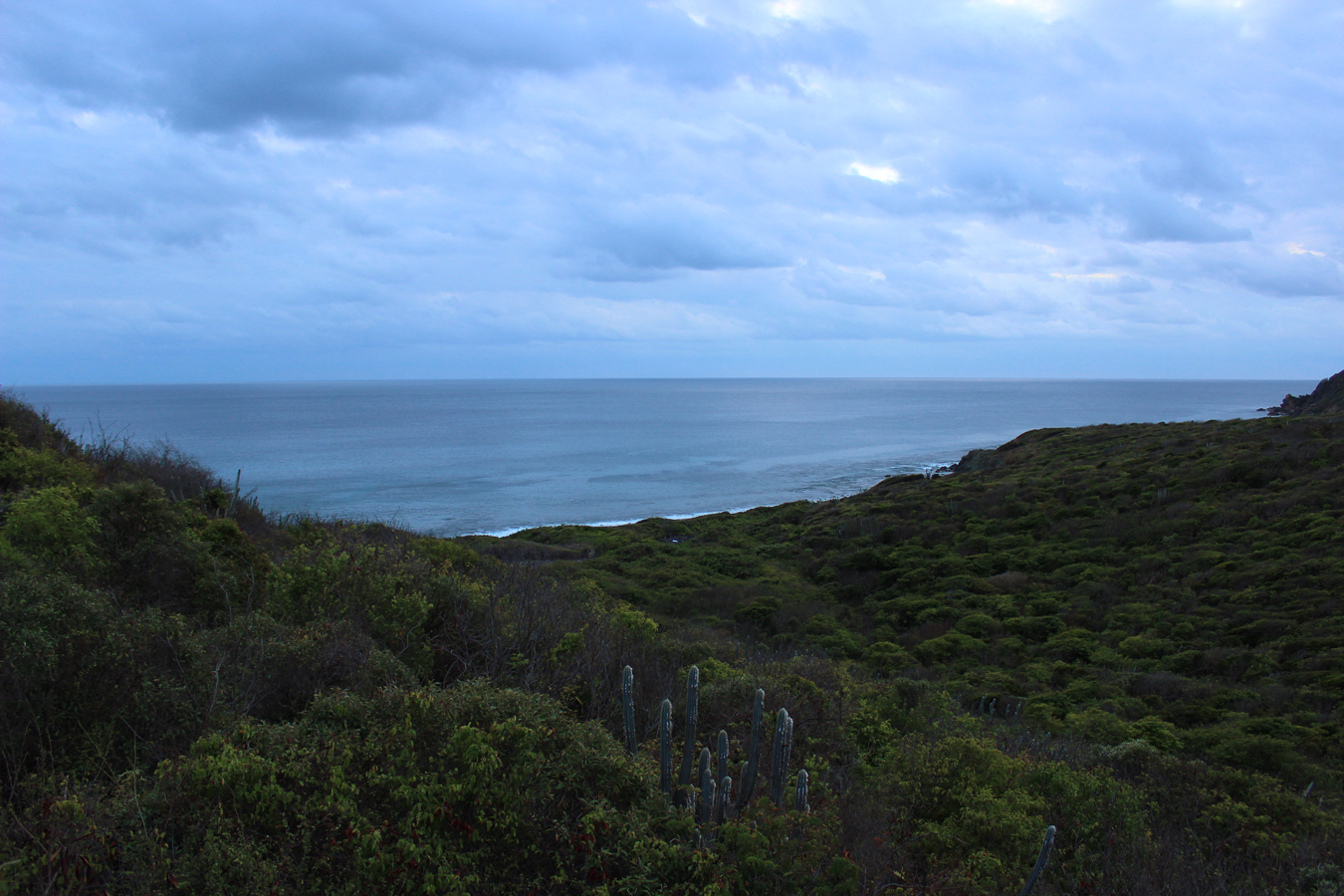 I slipped out of the eco-tent to have a look at the sea off of Drunk Bay from one of Concordia’s common areas.

Despite our hiking plans, and regardless of having to move, Adam and I were determined to get in some snorkeling. He had put it plainly the night before: “If I don’t see a sea turtle and a ray, I’m going to be really disappointed.” We decided to have a quick breakfast while the others were still stirring and head down to Salt Pond Bay for a quick look for sea turtles. It was only 6:45am, and we still had over four hours before checkout.

A Greater Antillean Bullfinch feasts on a piece of cereal after stealing it from Adam’s bowl.

The clouds were breaking up by the time we got down to Salt Pond Bay. There were a handful of people on the beach, but still it was extremely peaceful.

We put on our gear and slipped into the water, swimming slowly up the rocky areas on the north side of the bay. What coral there was paled compared to Brown Bay, but there were fish and sea urchins: 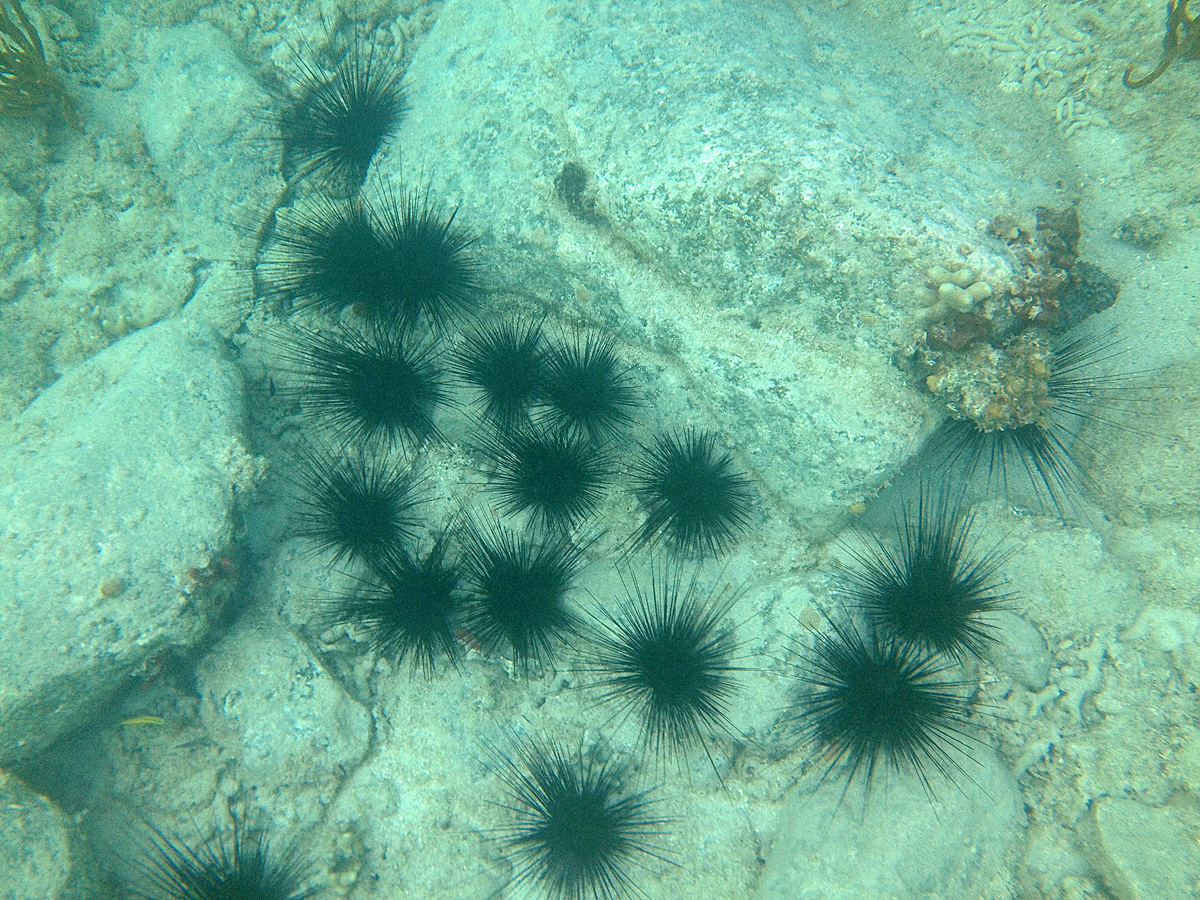 Adam was about ten yards ahead of me as we traced the border between the rockiest underwater areas and the flat expanse of sea grass beds that comprise much of the central part of the bay. Then I saw a rock move. It was a sea turtle just stirring.

I hollered for Adam: “Adam! Sea turtle Adam! Sea turtle!” He turned around and quickly swam back to where I was, in time to capture the following video:

I also had an underwater camera, a Kodak disposable, and so was able to capture this image of Adam filming the sea turtle.

After the turtle had surfaced a few times to breathe, he dove down again headed toward the deeper water of the sea grass beds, and out of sight.

But since we had accomplished what we’d set out to do, we decided to head back and help the others finish packing up and tidying the eco-tent. It was going to be a good day.