As our visit to Great Basin National Park moved into its final third, the only thing defining our remaining time was the solar eclipse that would occur on the morning of August 21.

After our midday hike on Sunday, August 20 to Lexington Arch, Sean and I returned to Baker and drove over to Baker Archeological Site on Bureau of Land Management (BLM) land just north of town. The site was the location of a Fremont people village, which had been excavated in the early 1990s. The Fremonts, named after a river in Utah where their sites were first discovered, lived in Utah, Nevada, Idaho, and Colorado from roughly 1 to 1300 CE.

The parking area was at the end of a dirt road next to a large picnic shelter.

From the parking area, a footpath led out to the village site. 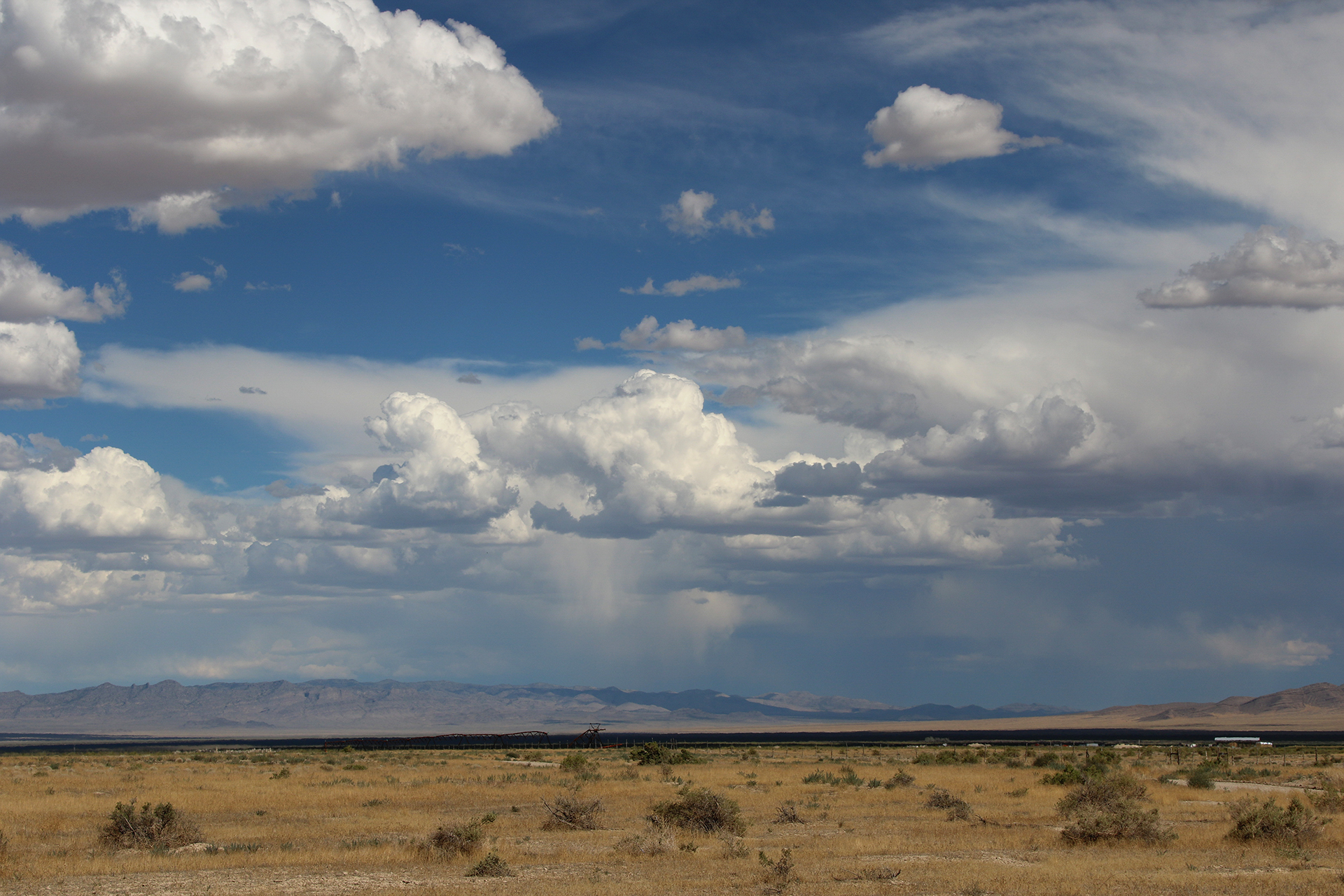 It was blazing hot. Over ninety degrees. And we had the site to ourselves.

The foundations of the structures were excavated during the field work at the site in the early nineties. Then they were reburied, but raised mounds indicated where the structures are so that visitors can get a sense of the layout of the village and each structure.

Researchers estimate that this village was occupied from roughly 1220-1295.

Very little is known about the Fremont save from the petroglyphs they’ve left behind and the remnants of structures, pottery, and other artifacts that researchers have discovered. From these items, the Fremont appear to be a distinct semi-nomadic culture from other Native American groups of the era. 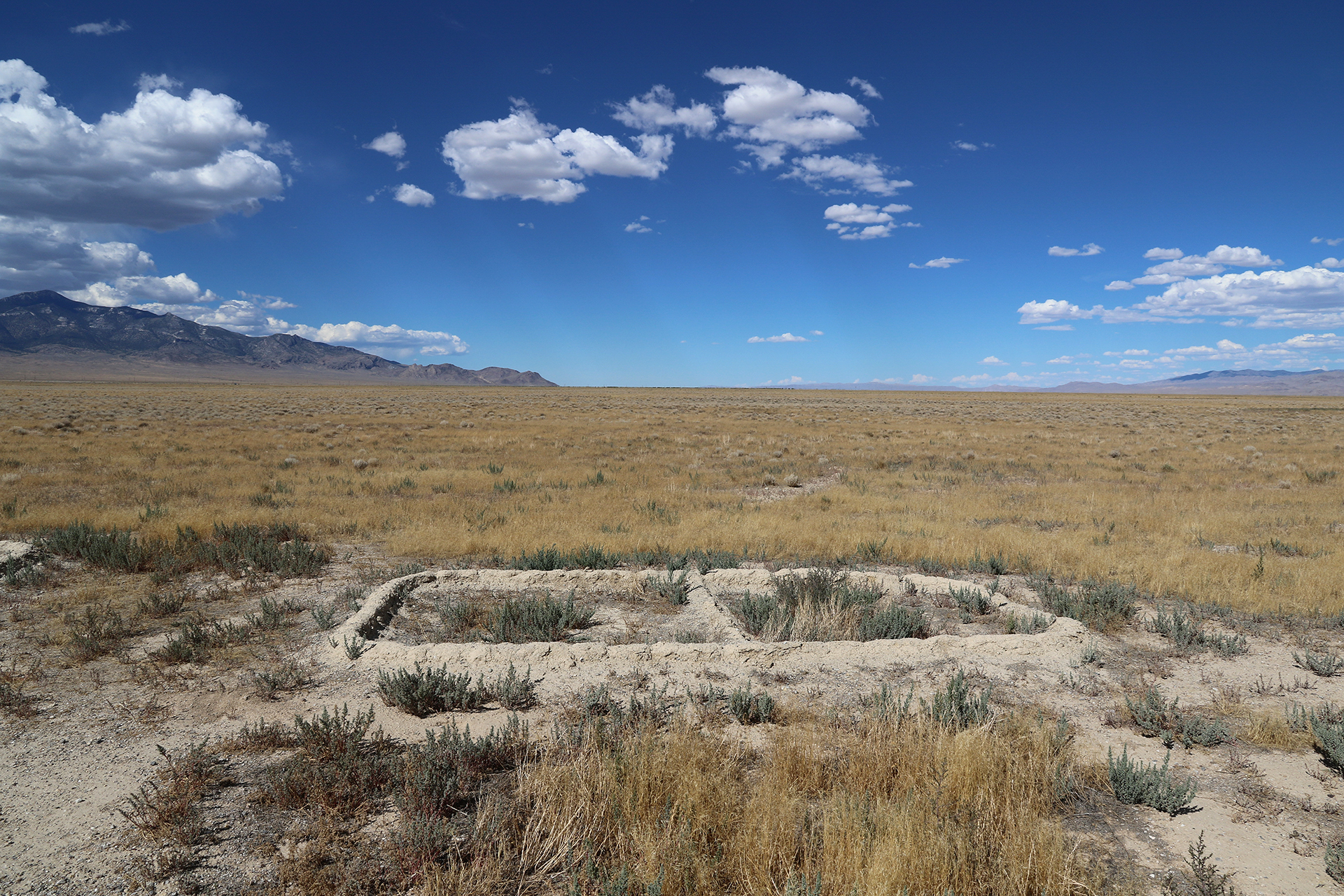 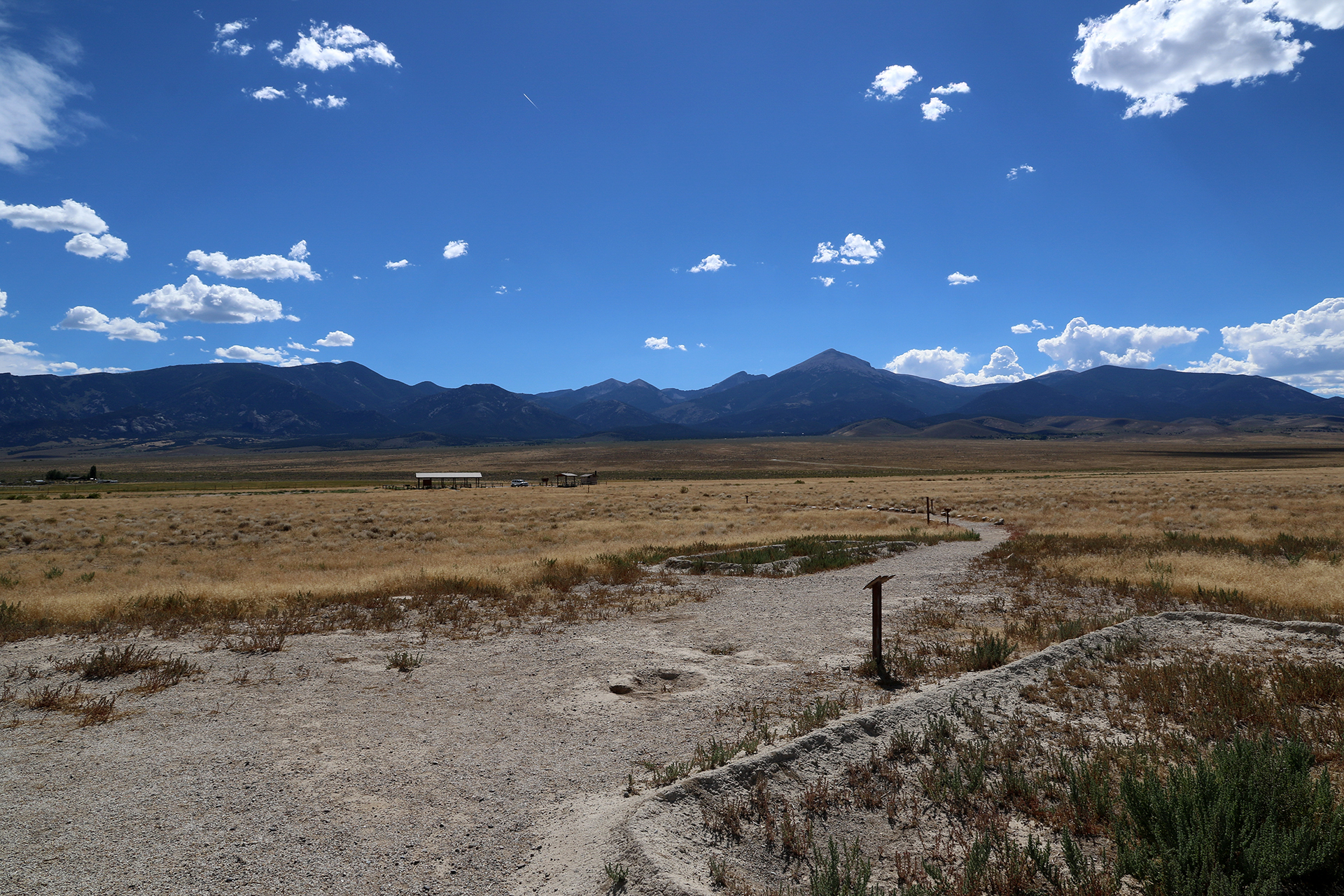 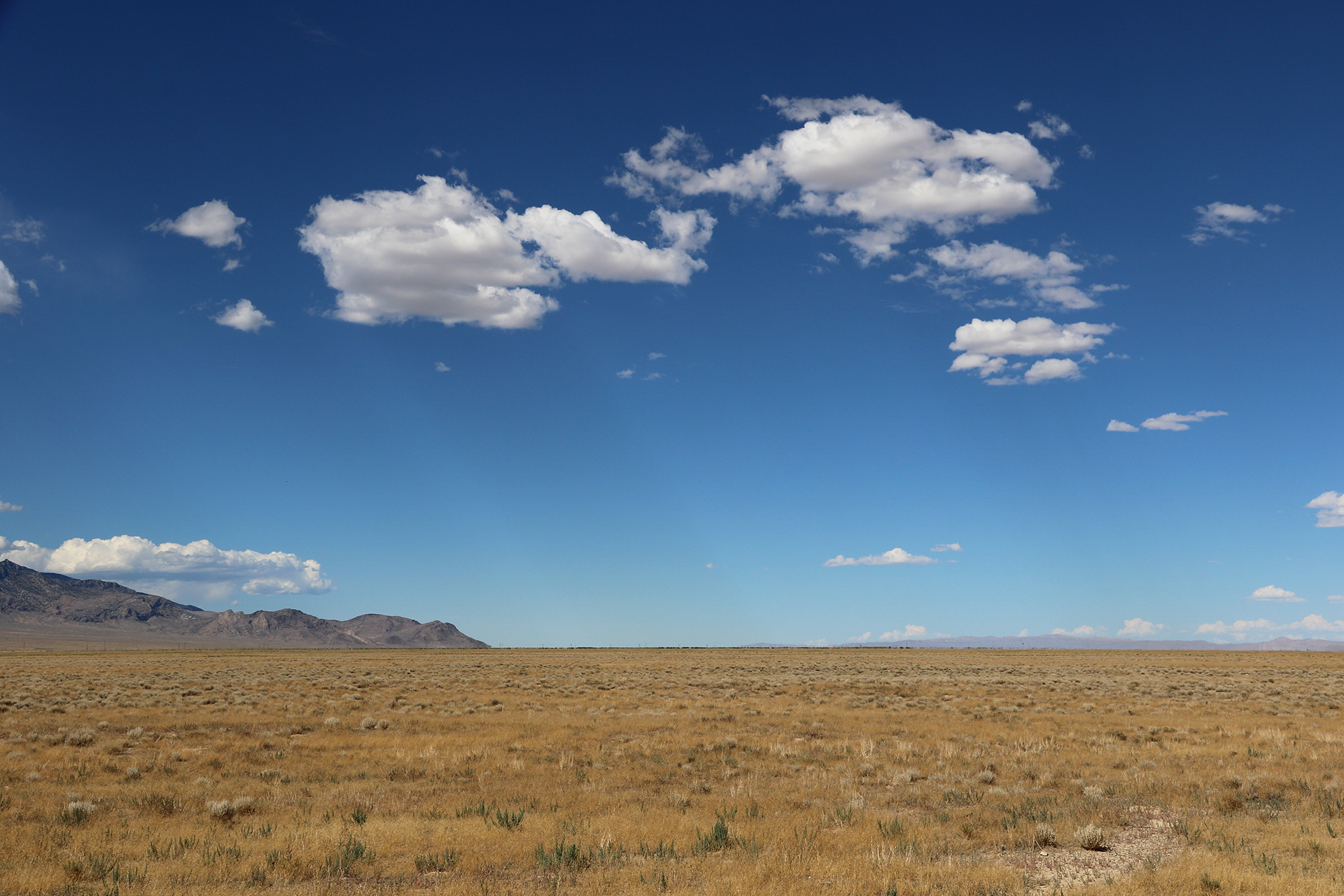 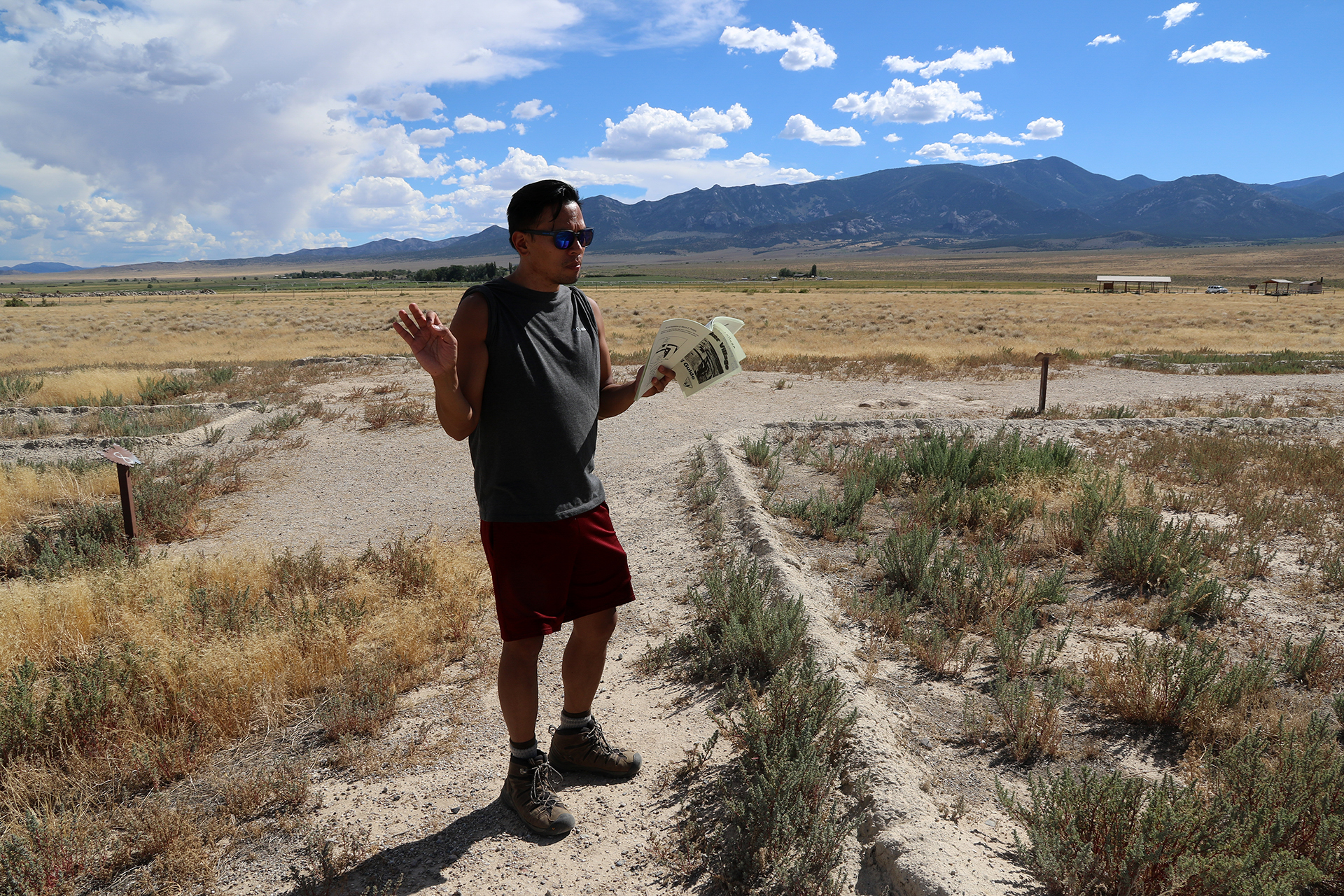 Sean read from the interpretive guidebook.

The guidebook noted that the orientation of the village from the largest structure may be purposefully oriented to line up with the sun at points throughout the solar calendar.

Many artifacts were found at the site. Lithic artifacts included hundreds of projectile points, most of them made from obsidian; chipped stone; and grinding stones, including metates and manos used to grind pinyon pine nuts and maize. A slate owl figurine was one of the most decorative objects found. It may have been made with slate from Wheeler Peak. It has indentations for the eyes, carved grooves and notches for the wing feathers, and two grooved holes, possibly to allow it to be worn as a pendant. This owl may have been carved to represent a mountain feature to the east that resembles bird or bat ears. The owl figurine has become a symbol for the Baker Village. Many ceramic artifacts were also found. While most of them were plain, about 10 percent were painted. Tens of thousands of bone artifacts were recovered, including bones from bison and elk.

The interpretive guidebook numbers were painted on reproductions of the owl pendant. 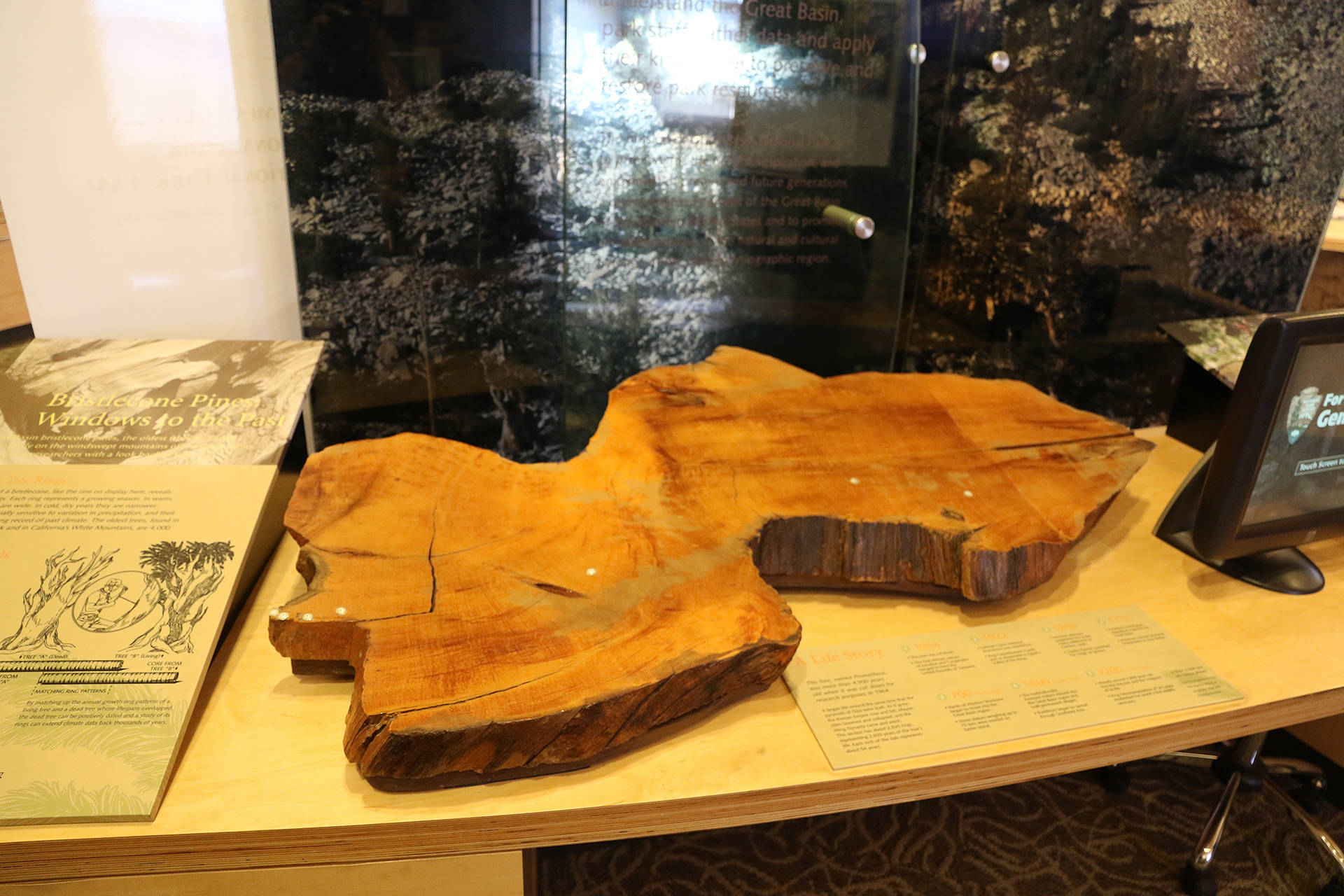 After leaving Baker Archeological Site, we drove over to the National Park Visitor Center in Baker, where we got to see the crosscut of Prometheus, the more or less 5,000-year-old Great Basin Bristlecone Pine cut down in 1964. We also loaded up on books.

Back in the Park, we stopped at Lehman Caves Visitor Center and poked our heads into Rhodes Cabin, which belonged to Clarice and Beatrice Rhodes, who bought the Lehman ranch in 1920 and were caretakers of the cave as it became a National Monument. 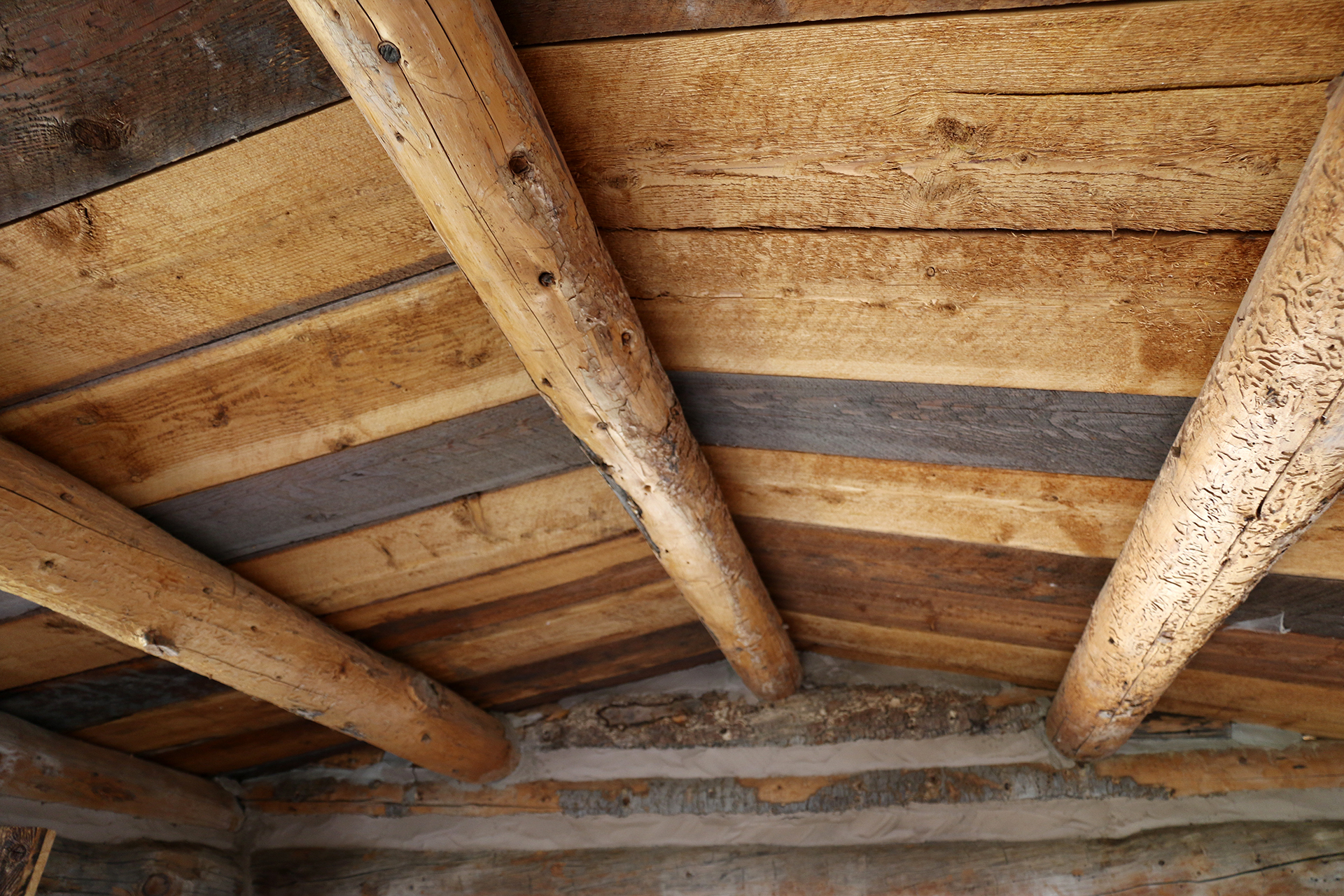 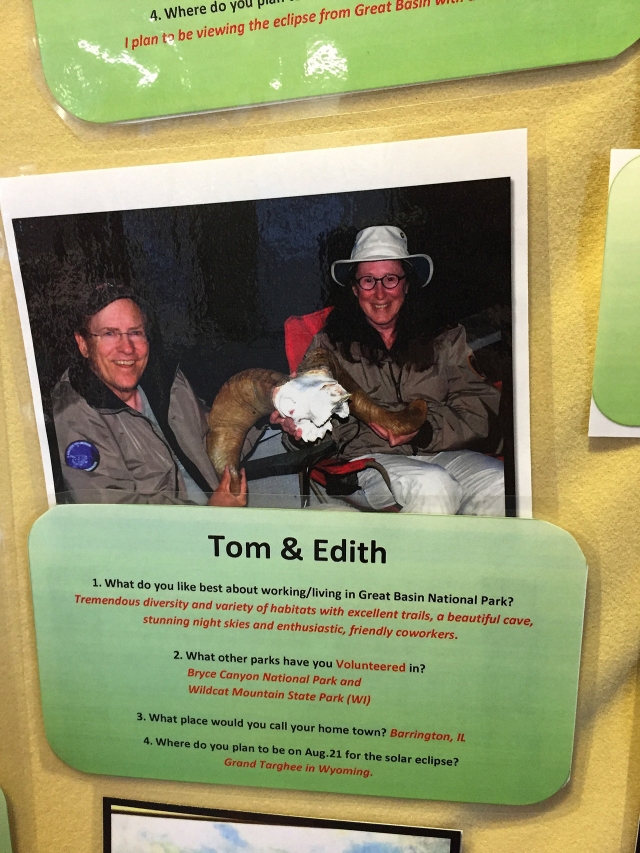 Inside the Visitor Center, we spotted Tom and Edith Auchter, Illinois conservationists and colleagues of mine, on the photo board of that season’s rangers.

We were disappointed that there were no planned programs in the Park around the eclipse. But the Ranger at the desk confirmed the time of the eclipse the next morning.

It was Sunday afternoon, and when she inquired how long we’d been in the Park, she seemed surprised that we’d been there since Thursday. She asked what we’d done, and I ran through the litany, ending with Lexington Arch that morning. She remarked that she had not herself seen Lexington Arch because National Park Service vehicles were not allowed on the destroyed Forest Service road to the trailhead. We detailed our experience for her so that she’d be able to describe it to other visitors. 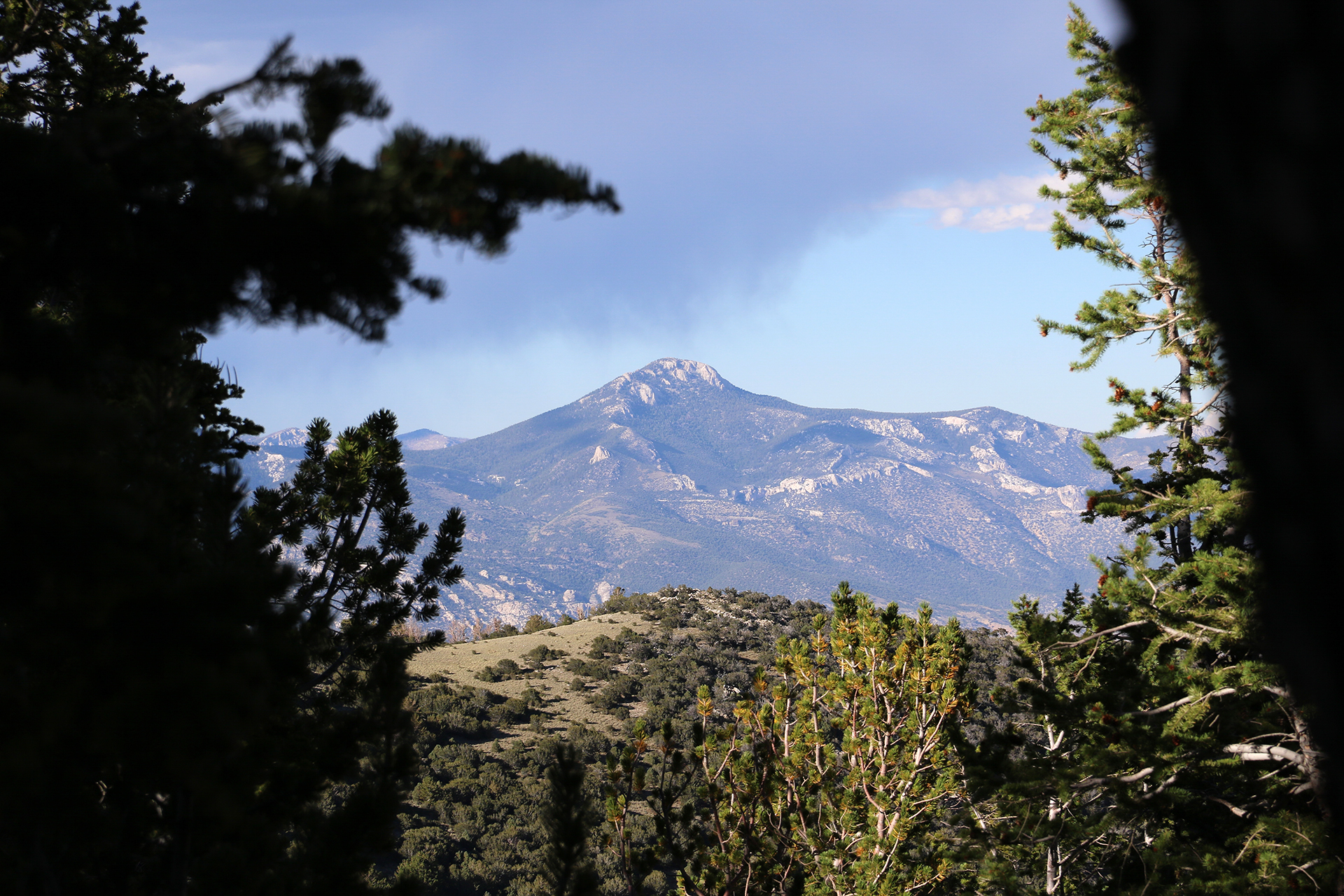 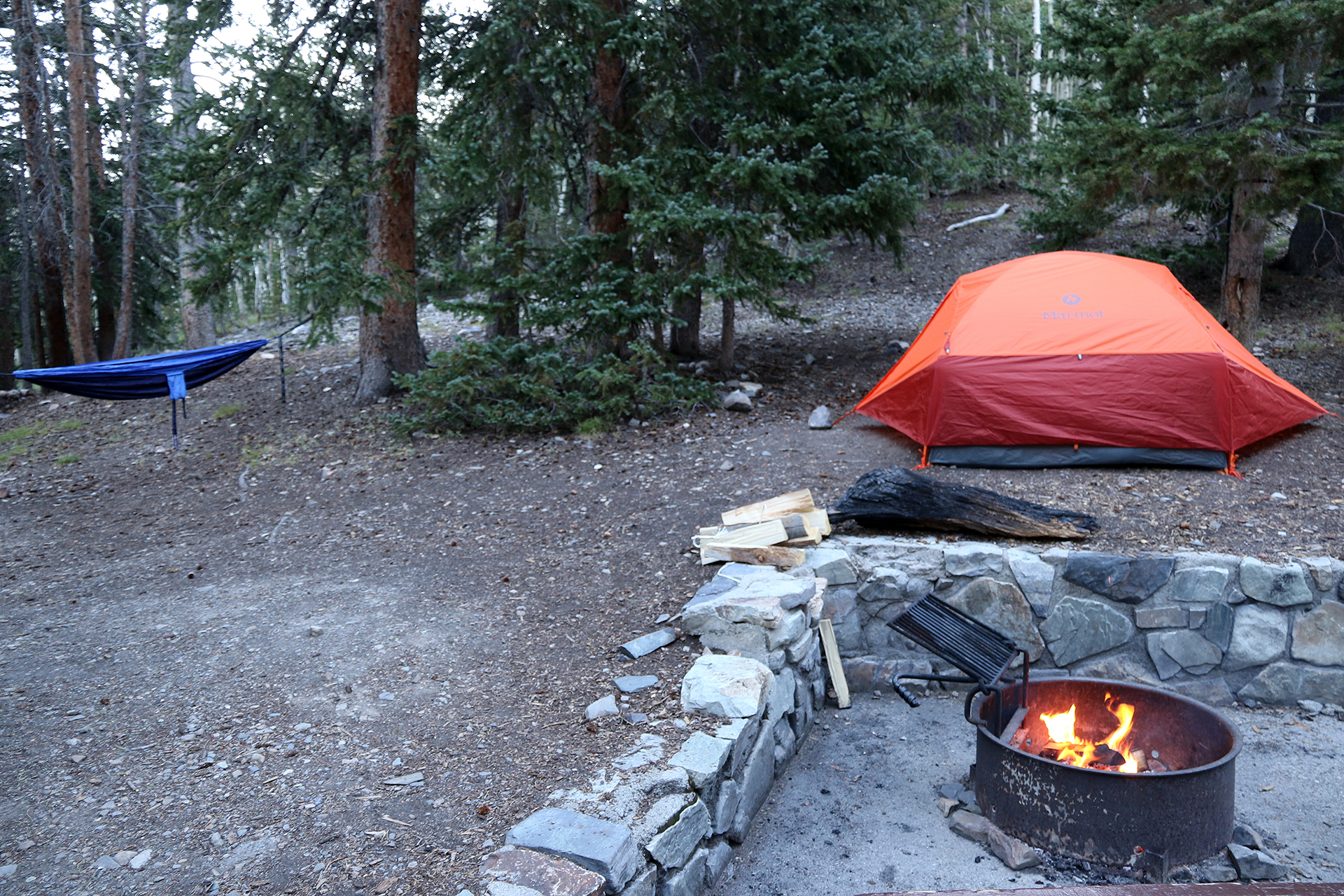 Back in camp, we had Mexican food for dinner and discussed where to watch the eclipse the next morning. I had assumed we’d watch from somewhere within the boundaries of the Park (maybe from up among the Bristlecones), but Sean was keen to watch from the vastness of Baker Archaeological Site. We decided to watch from there.

That night was a new moon, which of course made all the sense in the world because of the coming solar eclipse. The Milky Way was brilliant above Wheeler Peak, and I got at least one good image of it (at the top of this post). 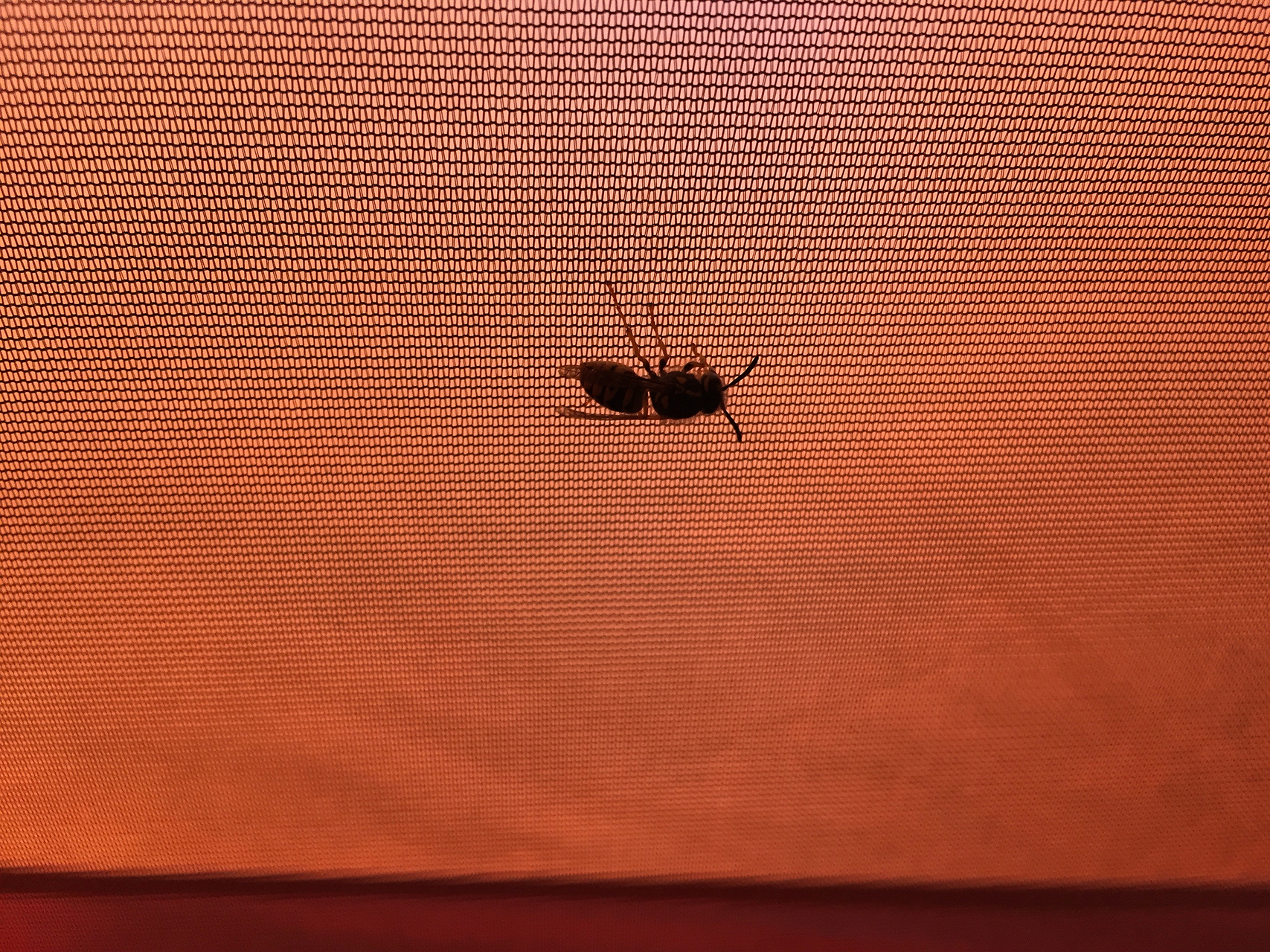 Next morning, August 21, was solar eclipse day in North America. We were again visited by wildlife, everything from carnivorous wasps attacking and eating flies under our rainfly… 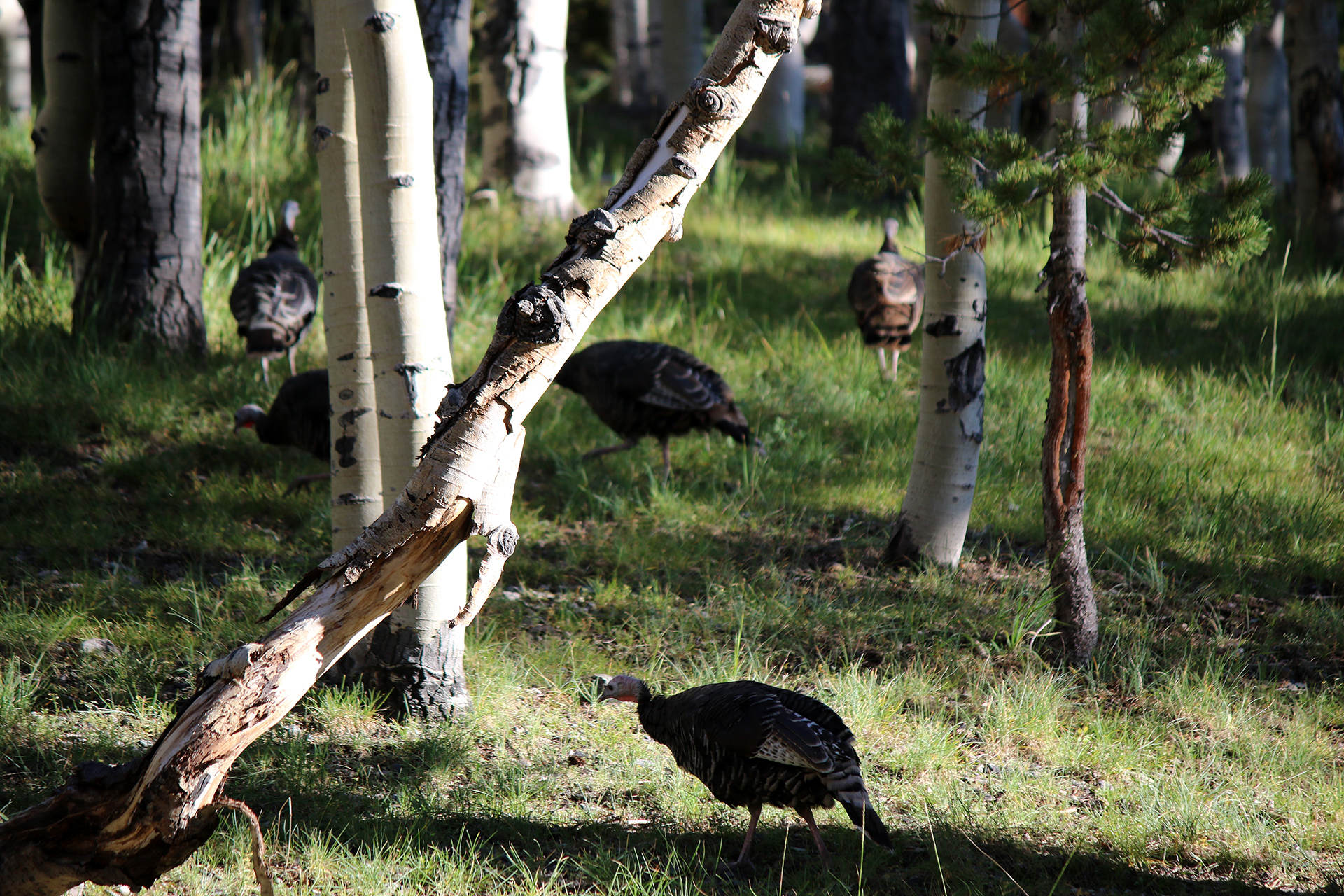 We ate our breakfast skillet, grabbed our camp chairs, and started down the mountain for the eclipse. 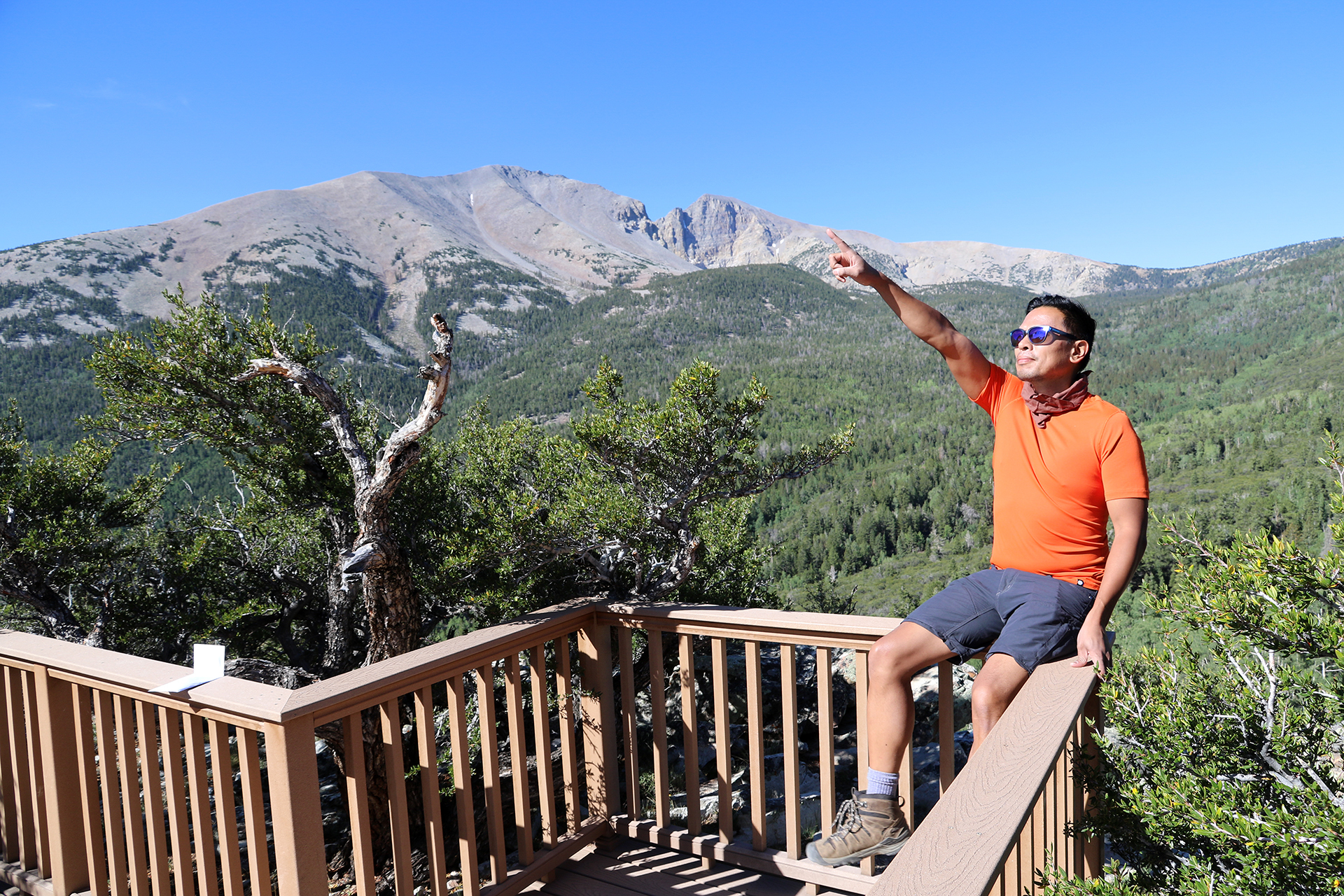 Shortly after 9am, as the eclipse began in Nevada, we were at Mather Point. We had one pair of eclipse glasses to share. They had been a tough commodity to get the previous week in Chicago. I had succeeded in getting a pair by going out to Adler Planetarium on my lunch hour. They were giving out one pair of glasses with each purchased admission. So I bought a ticket, got my glasses, and headed back to my office.

It was Sean’s sister, Michelle’s birthday. So as social media fired up around the eclipse, we sent her Happy Birthday messages.

We watched from Mather Point for about twenty minutes before getting ready to move on. As we walked to the Jeep, a woman asked when the eclipse was going to begin. We said that it already had and offered her a look through our glasses. She was driving home to Indiana from Washington. She laughed when we told her we were from Chicago and that the glasses were from Adler.

We drove down to the Baker Archeological Site, where a half dozen people were gathered in the parking area. A man had an industrial strength welding helmet. His wife had built a pinhole viewer with a blanket. We chatted with them a bit before taking our chairs and walking out to the village site.

There we sat and watched the climax of the eclipse from the center of the village. It was just the most perfect place to watch it. And to think, we’d not even realized we’d be traveling during the eclipse when we booked our flights.

Although we were only going to experience 83% totality, we were in the Great Basin Desert, so the effects on light and temperature were profound. The temperature as the sunlight diminished dropped some fifteen degrees. It was palpable and obvious.

The light across the vastness of Snake Valley seemed to lose all its saturation.

Although we were slightly farther away from the path of totality than if we’d stayed in Chicago, the sky was huge and clear. Unfortunately that day in Chicago, it was overcast.

As the eclipse ended and the temperature began rising dramatically, we noticed a herd of Pronghorn passing through the open range to the east.

We gathered our chairs as a family with twin little boys made their way out to the village. Back in the parking lot, we noticed a man in a Jeep with a bunch of bumper stickers: All who wander are not lost, Tax the Church, Atheism prevents religious extremism, Science doesn’t care what you believe. He was also US Marine Corps. Kinda cool. 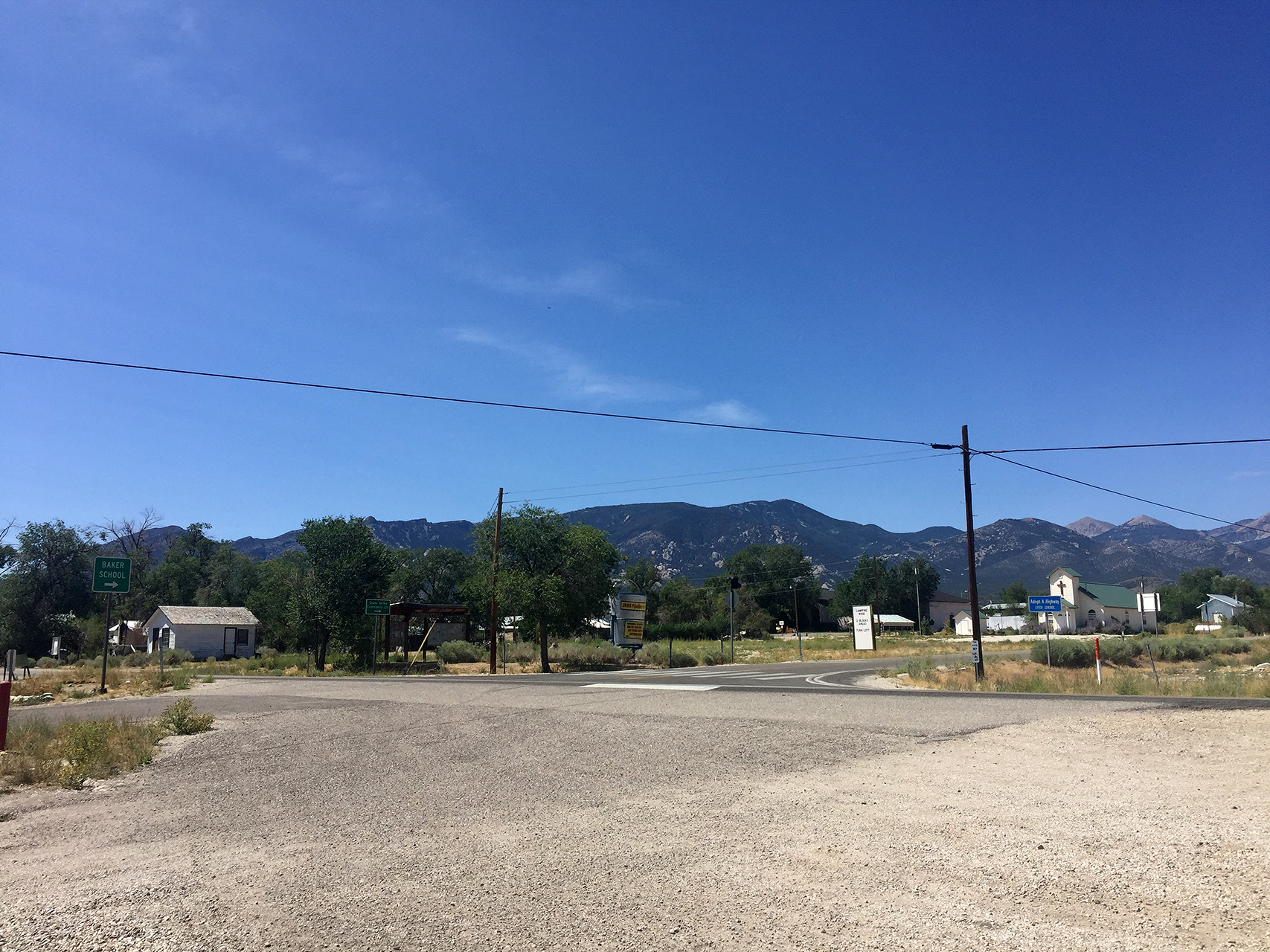 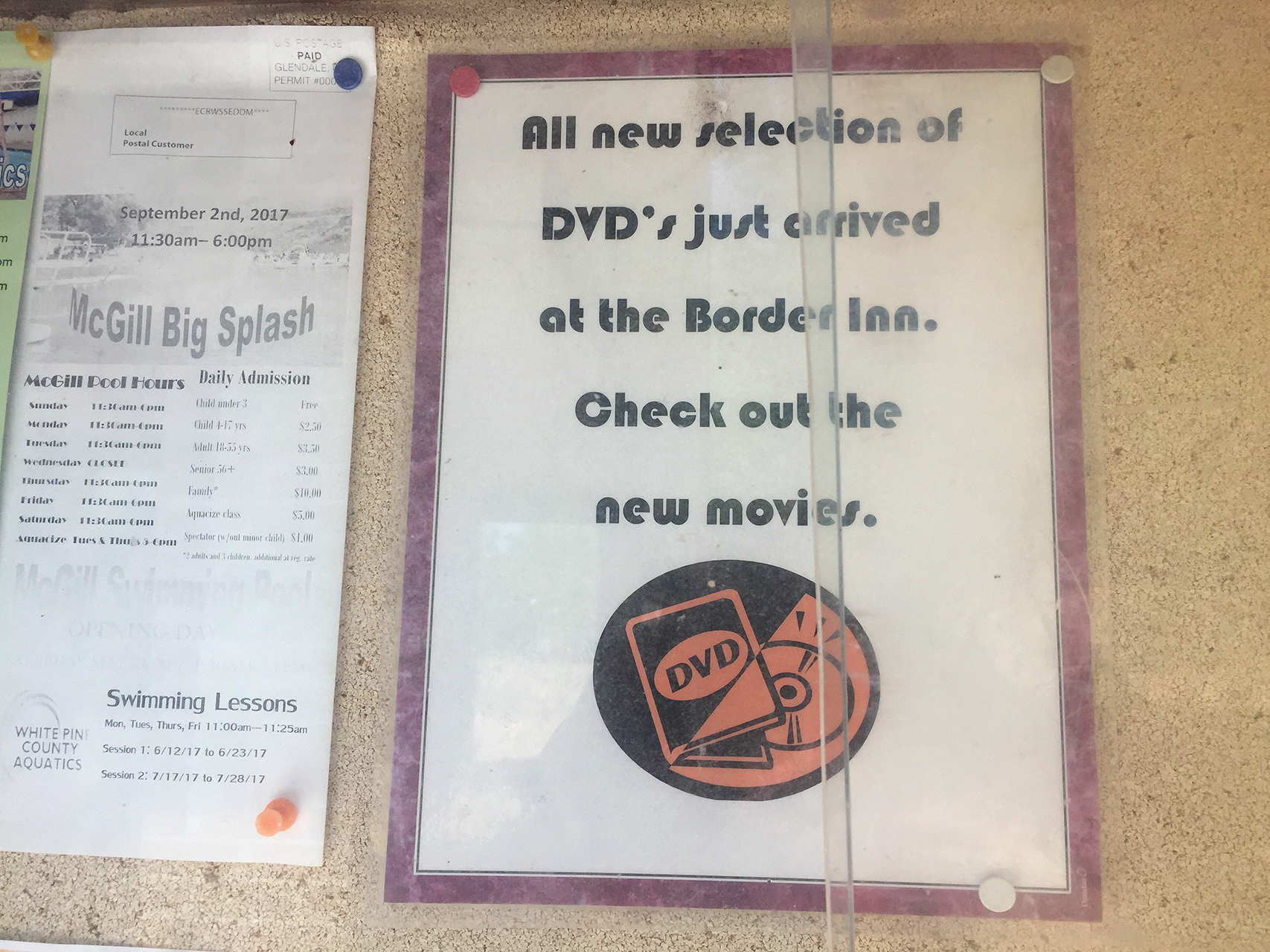 We stopped by the post office and grabbed some flat-rate boxes to ship home our books and souvenirs. 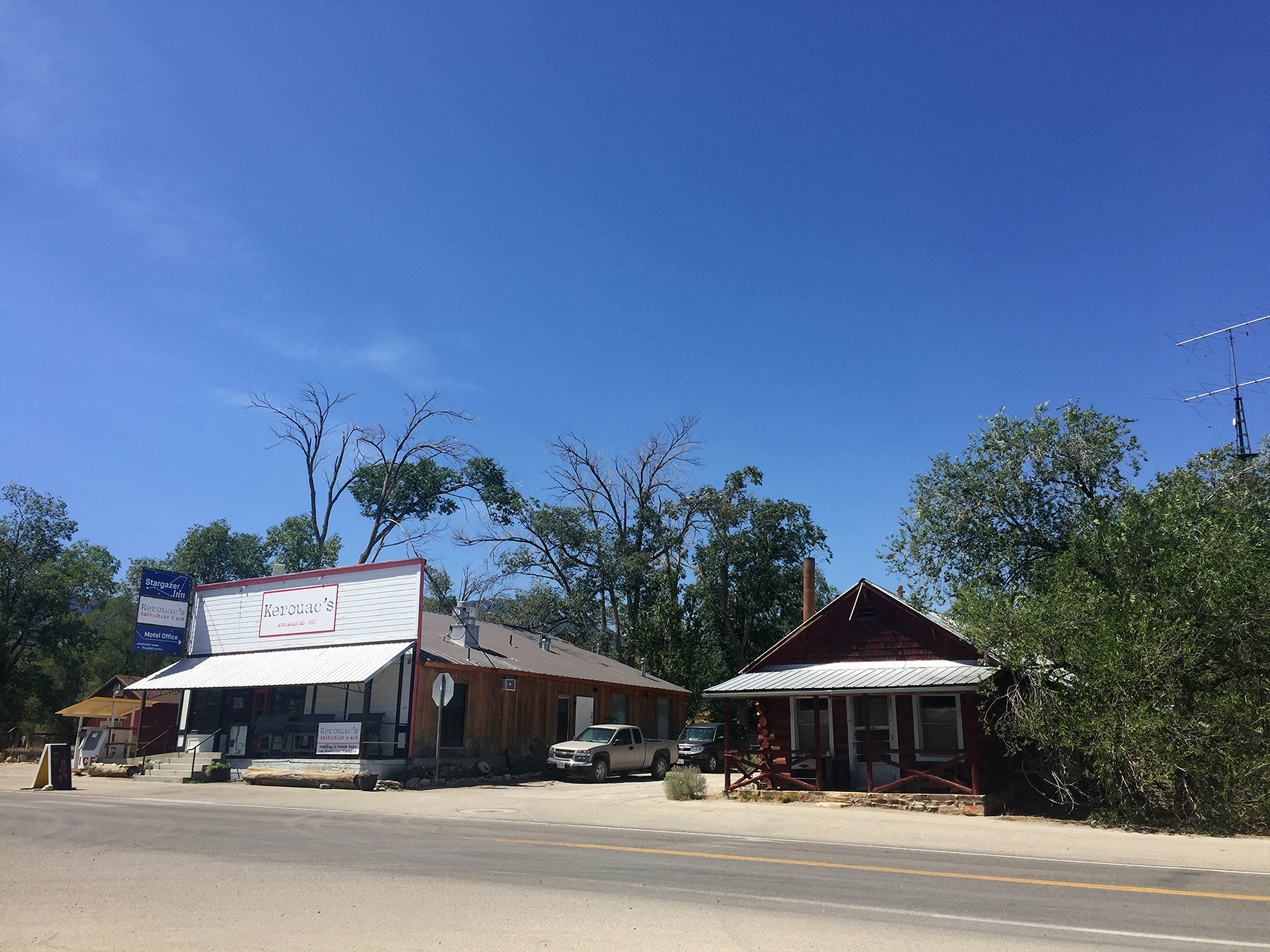 Then we swung by T+D to get some chips before heading out to explore Snake Creek Canyon, a part of the Park we’d not yet visited.