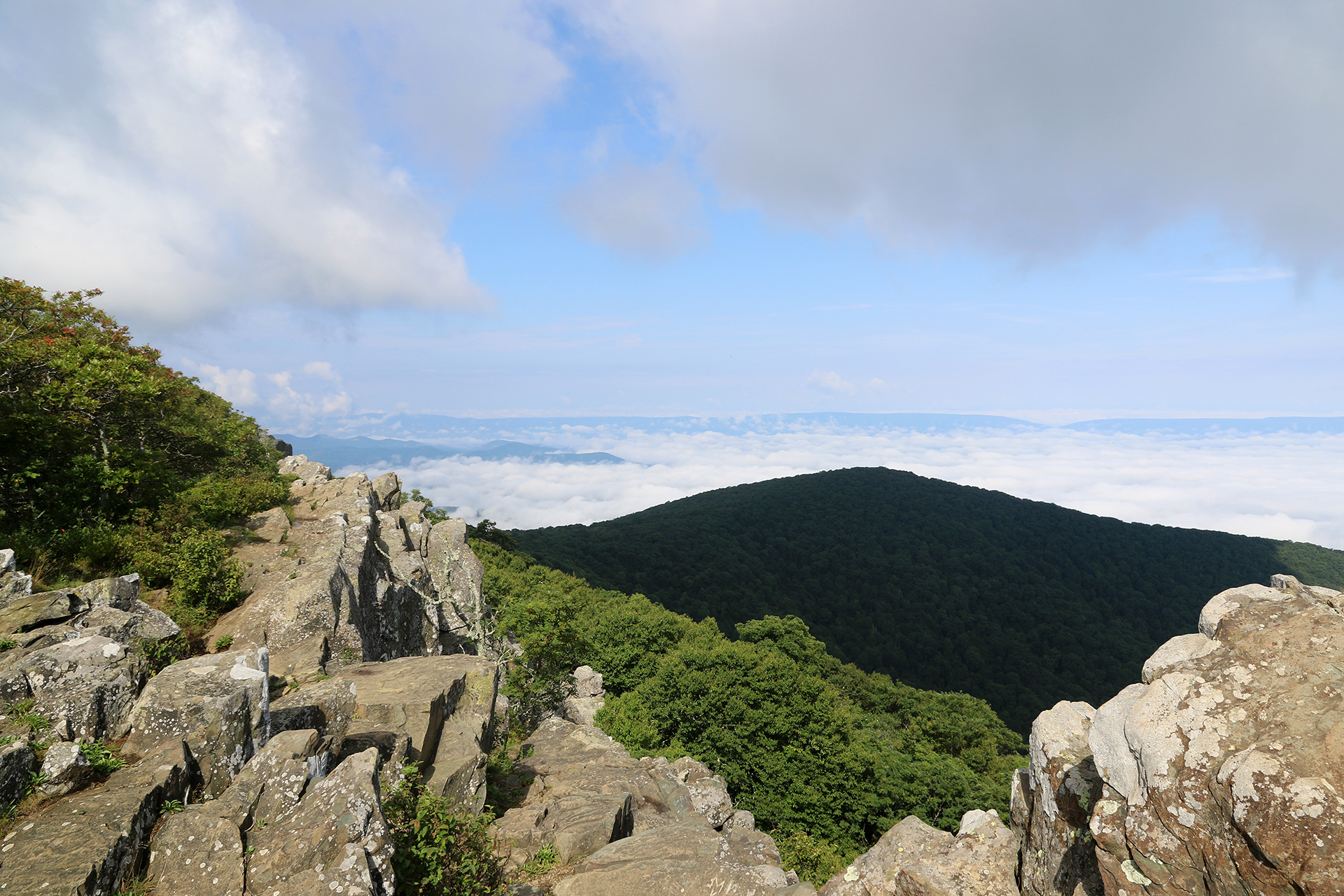 To celebrate the National Park Service centennial year, Sean and I had decided to calibrate our park journey so that by the end of the year, we’d have been to the same parks. Next up on the list was a weekend in Shenandoah National Park in the Blue Ridge Mountains of Virginia. I had briefly visited the Park in the summer of 2001 on a road trip, but now it was time for a proper visit.

The long, narrow 200,000-acre Park, which had been established in 1935, traces the crest of the Blue Ridge, offering Appalachian peaks as high as 4,000 feet and rolling easterly vistas of the Virginia Piedmont and westerly views of the picturesque Shenandoah Valley.

Bethany, who works at the Methodology Center at Penn State and lives (most of the time) in State College, Pennsylvania, joined us for the trip. She drove down on Friday, July 29. Our flight to Charlottesville landed around 2:30, and we planned to meet her in the Park.

Our plan for the brief trip was to camp for two nights at Big Meadows Campground and enjoy a short hike on Friday evening, a longer hike or two on Saturday, and then another short hike on Sunday morning before Bethany began her drive north and we had to head back to the airport. In all it would be just a taste of Shenandoah, but certainly more than the hour and a half I’d spent there fifteen years earlier.