There are no other Everglades in the world.

They are, they have always been, one of the unique regions of the earth, remote, never wholly known. Nothing anywhere else is like them: their vast glittering openness, wider than the enormous visible round of the horizon, the racing free saltness and sweetness of their massive winds, under the dazzling blue heights of space. They are unique also in their simplicity, the diversity, the related harmony of the forms of life they enclose. The miracle of the light pours over the green and brown expanse of saw grass and of water, shining and slow-moving below, the grass and water is the meaning and the central fact of the Everglades of Florida. It is a river of grass.

Everglades National Park was established in 1947 and protects more than 1.5-million acres of sawgrass prairie, mangrove estuaries, pine rocklands, hardwood hammocks, and Florida Bay. It was the first National Park created specifically for wildlife, to save a threatened ecosystem. It is a UNESCO World Heritage Site and an International Biosphere Reserve.

Yet for all that, it is one of the most threatened landscapes on the continent.

In the wet season from May to October, the Everglades were once an immense river, inches deep, fifty miles wide, spilling from the southern shore of Lake Okeechobee and flowing one hundred miles south to the Gulf of Mexico. Lake Okeechobee itself was fed by the Kissimmee River and the thunderstorms and summer rains of central Florida.

The original proposal for Everglades National Park envisioned a massive area of protected land, encompassing almost the entirety of the historic Everglades, four-million acres stretching from Lake Okeechobee to Key Largo. The ultimate size of the Park, a mere quarter of the ecosystem, so disappointed Everglades champion Ernest F. Coe that he almost boycotted the dedication ceremony.

Portions of the remaining ecosystem are preserved in Big Cypress National Preserve, National Wildlife Refuges, and State Parks. But a huge amount of acreage was lost to agricultural (in particular the sugar cane farms south of Lake Okeechobee) and development as Miami, Fort Lauderdale, Naples, and their suburbs pushed ever inland. Pollution and runoff from agriculture and urban areas has led to significantly reduced water quality, high levels of mercury in the wildlife from invertebrates and fish up to birds and alligators, and toxic algal blooms in Florida Bay. 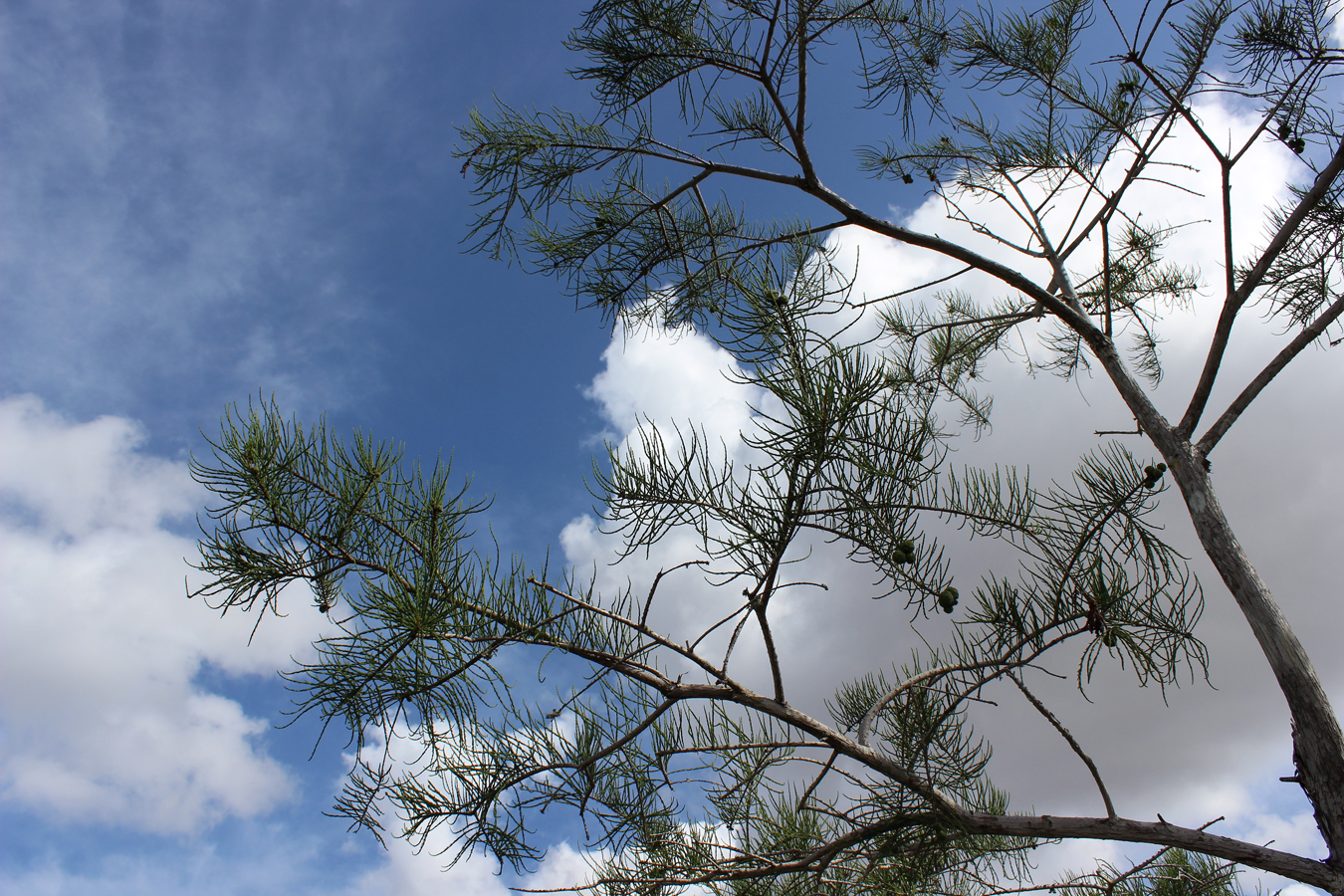 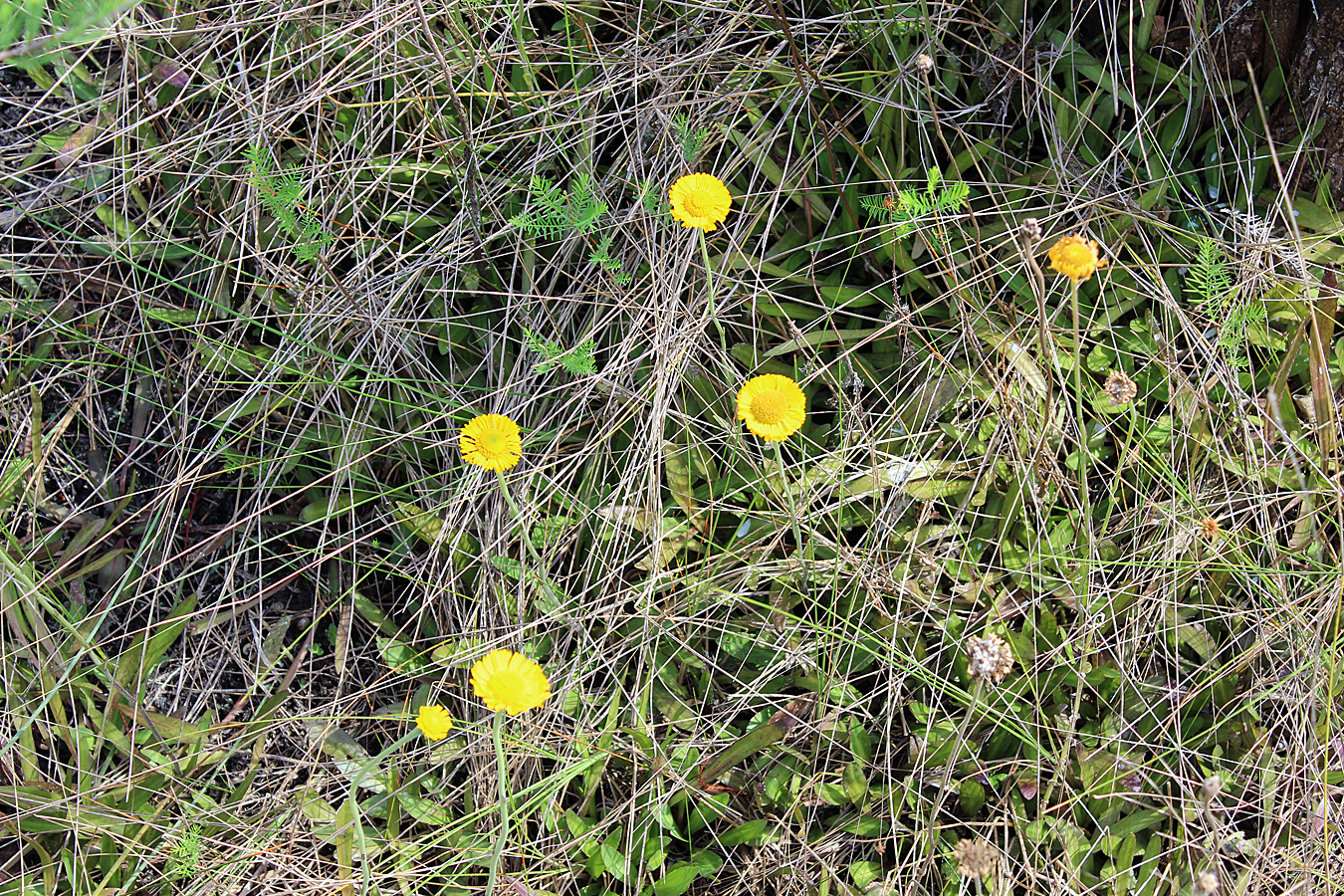 The most destructive human impact on the Everglades occurred after the Park was established. Almost immediately the Army Corps of Engineers announced its Conservation in Action plan to divert the flow of the Everglades north of the Park through a massive system of dykes and levees. The impact was devastating and long-lasting. 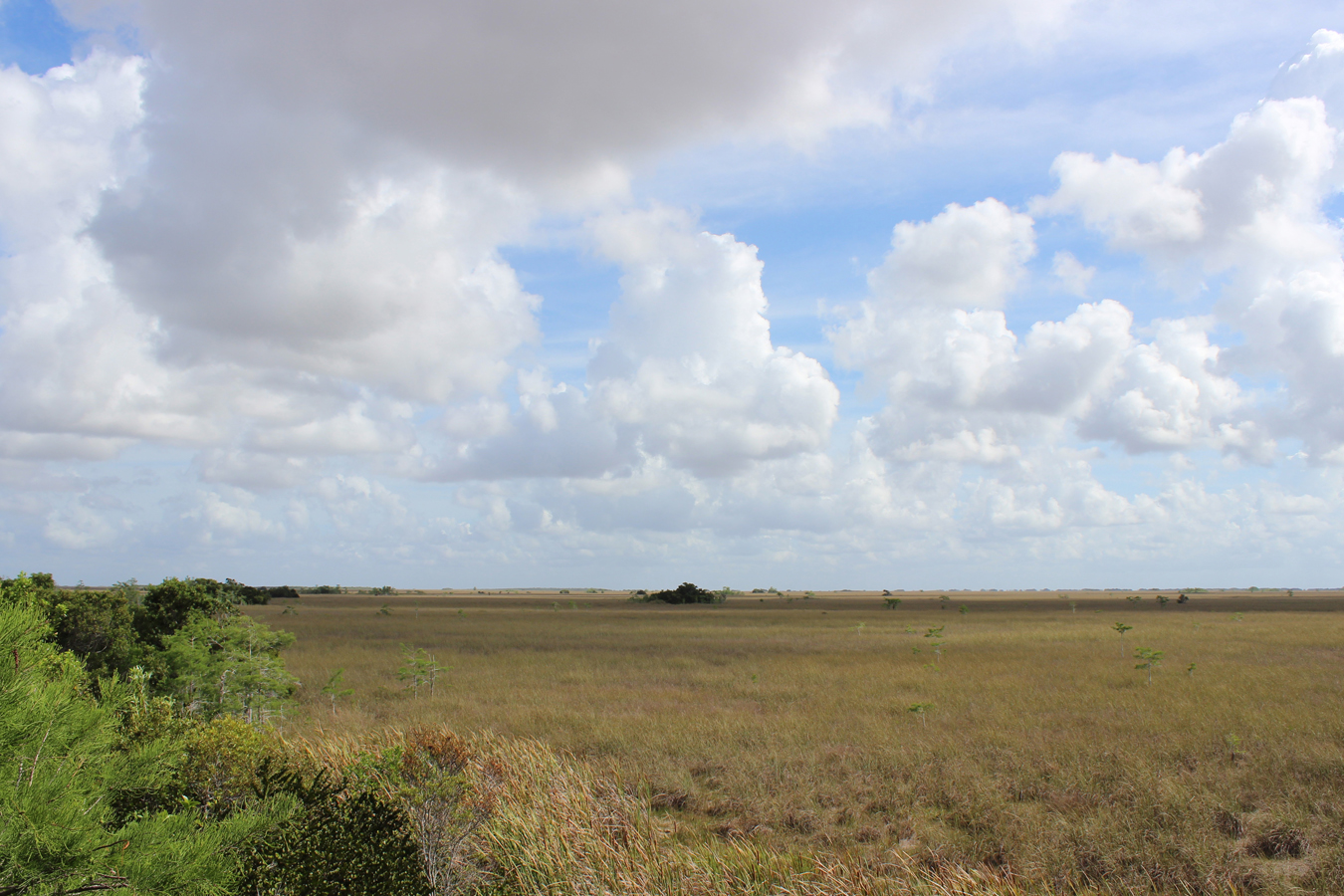 Michael Grunwald, in his afterword for the 60th Anniversary Edition of Marjory Stoneman Douglas’ hugely influential book, The Everglades, River of Grass, observes:

As I write these words in May 2007, the haze is so bad in downtown Miami that I can barely see out my window, because 40 miles away, the Everglades is burning again. Lake Okeechobee is running dry again. South Florida is facing the worst drought in its history—again.

Funny: just a few months ago, the lake level was dangerously high, so the Army Corps blasted billions of gallons out to tide, ravaging the estuaries at the fringes of the Everglades, massacring manatees and dolphins and oysters. There was water, water, everywhere—but now the lake is at its lowest level ever, the gator holes that serve as the Everglades equivalent of African watering holes have dried up, and south Florida has the strictest lawn-watering restrictions in its history. Meanwhile, developers are still pushing to bulldoze wetlands in the Everglades and suck water out of the Everglades.

A thirty-year, $8-billion restoration plan signed into law by President Clinton in 2000 faced the surprising squabbling of the administrations of the brothers Bush, Jeb in Florida and George W. in the White House. Ironically, current Republican Governor Rick Scott and President Obama have gotten more done than the brothers managed to, with Florida restoring sugar cane plantations into marshes that will improve water quality and the Obama Administration raising portions of Tamiami Trail in order to allow more of that clean water to flow into the Everglades.

Meanwhile, land continues to be developed, Miami continues to grow at breakneck speed, and the Everglades continue to be hemmed in. Colonies of nesting birds have declined 93% since the 1930s. Human management of the water that flows into the Park floods it at the wrong times, destroying the nests of birds and alligators, or holds so much back that the Park enters drought conditions, burning more than it should naturally and devastating the algae, snails, and tiny aquatic life that make up the foundation of the food chain. 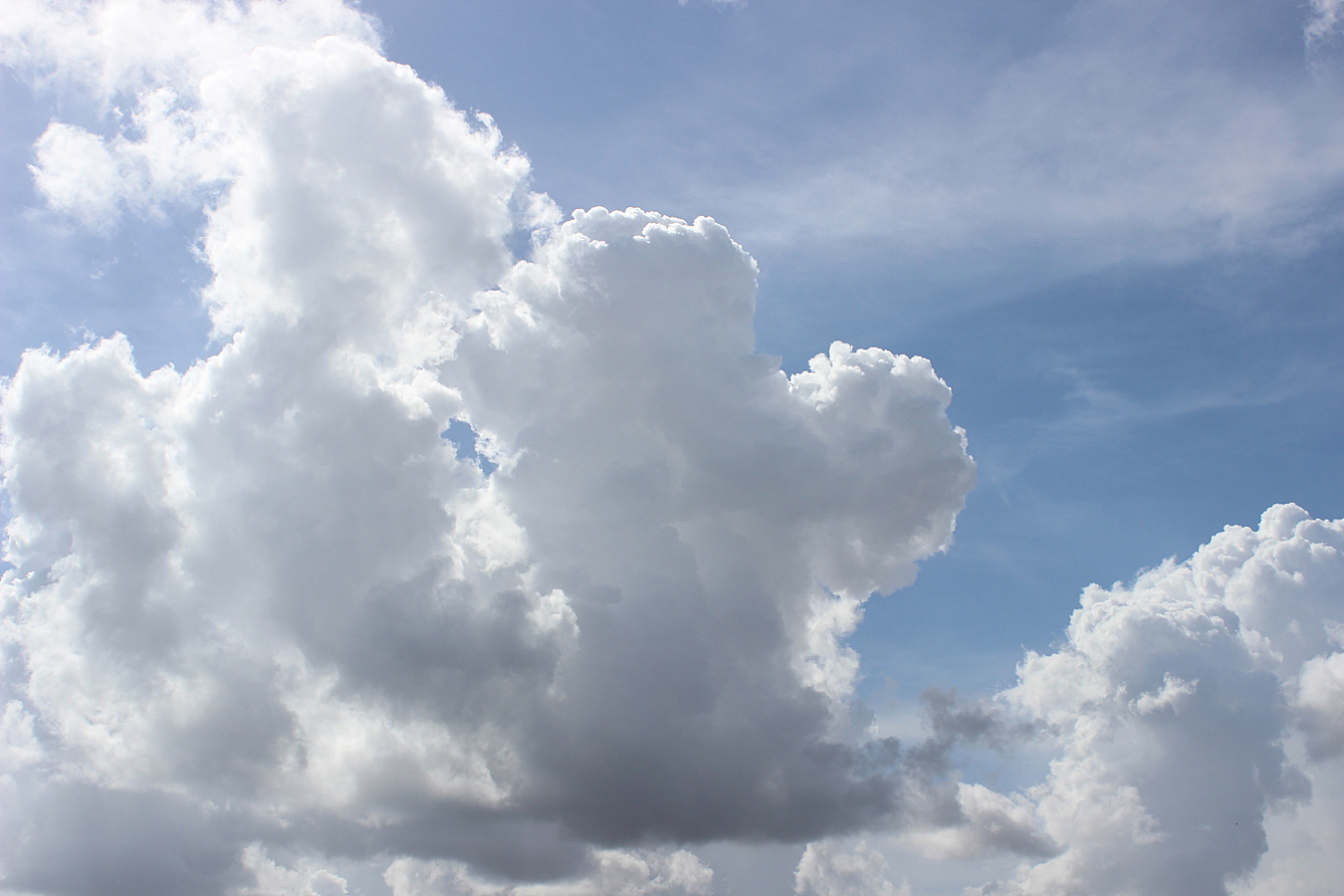 Virtually all National Parks confront the challenge of invasive species disrupting the ecosystem to varying degrees, but the Everglades is being attacked by two appalling non-native species.

In addition to releasing pet fish from Central and South America and Africa that grow too big and unwieldy for fish tanks, Floridians have released Burmese Pythons, unwanted once they grow too large, into the Park. These snakes, usually under a foot long when purchased, grow to be twelve feet or more. Over the past decade the voracious snake’s population has blossomed in the Everglades to the tens of thousands, virtually wiping out the ecosystem’s small mammals such as rabbits, foxes, and raccoons. They even consume deer and have attacked alligators.

The other major threat is a plant, the Old World Climbing Fern (OWCF)

OWCF’s destructive power lies in sheer mass — it slinks its way up, over, and around native plants. Eventually the fern completely covers their leaves, blocking sunlight and literally smothering them. Native plant and animal species decline, and the fern takes over.

Entire hardwood hammocks may be overrun and smothered by the fast-growing fern, which is native to Africa, Australia, and Southeast Asia. 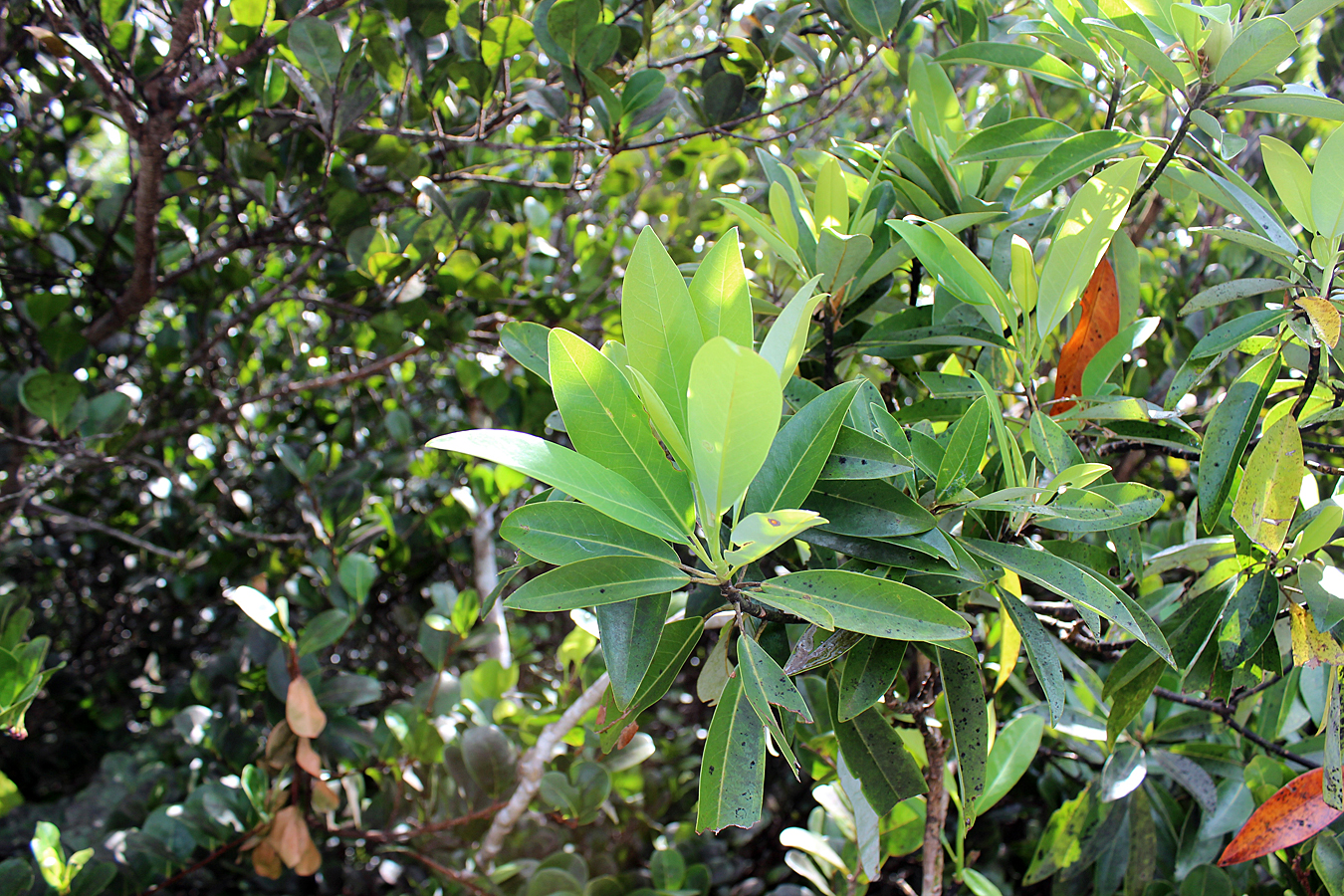 And while Everglades National Park is hemmed in to the north by Tamiami Trail and to the east by greater Miami, its ultimate destruction may come from the south and west:

It puts the idea that the National Parks forever preserve special places and our natural heritage into brutal perspective. This is the first National Park in our journey that could reasonably be viewed as a doomed landscape.

We in the United States have done so much to destroy our own resources, our timber, our land, our fishes, that we should be taken as a horrible example and our methods avoided by any government and people enlightened enough to envision a continuing economy. With our own resources we have been prodigal, and our country will not soon lose the scars of our grasping stupidity.

(All images in this post were captured at Pa-Hay-Okee Overlook in the Shark River Slough portion of Everglades National Park, our stop after Anhinga Trail.)

1 thought on “Everglades National Park: The River of Grass”