It was the evening of Saturday, September 13, 2014, and Sean and I were back in camp after a great eleven-plus-mile hike through the North Unit of Theodore Roosevelt National Park.

No rest for the weary, though, while Sean started supper, I began to pack up. We still had one more night in camp, but the more we prepped to convert our packs to checked and carry-on bags, the less we’d have to do in the morning. I hoped to hit the road at 6am, so that we’d not be rushed on our nine-hour drive to Sioux Falls for our 6:05pm flight. Neither of us wanted a repeat of the sprint to the airport we’d experienced leaving Big Bend.

We still had a touch of wiper fluid left in the bottle we’d purchased back in South Dakota when it had been so snowy. I figured we’d used enough that I could top off the chamber. I walked around to the front of the Jeep and opened the hood. I was greeted by a small face as surprised as I was. It twitched its whiskers excitedly and then slipped behind the engine.

The tiny face worked its whiskers and nose and then dove deeper behind the engine into the bowels of the Jeep. By the time Sean got there, seconds later, it was nowhere to be seen. Neither of us had seen it scamper from the Jeep, but we hoped that it would be gone by the morning.

The face belonged to a Bushy-Tailed Woodrat, the original packrat, which was beginning to build a nest on top of the Jeep’s engine. And I swear it was blue. I’m sure it was really blue-gray, but in the light and the surprise, it felt as blue as a mouse from Voltron. 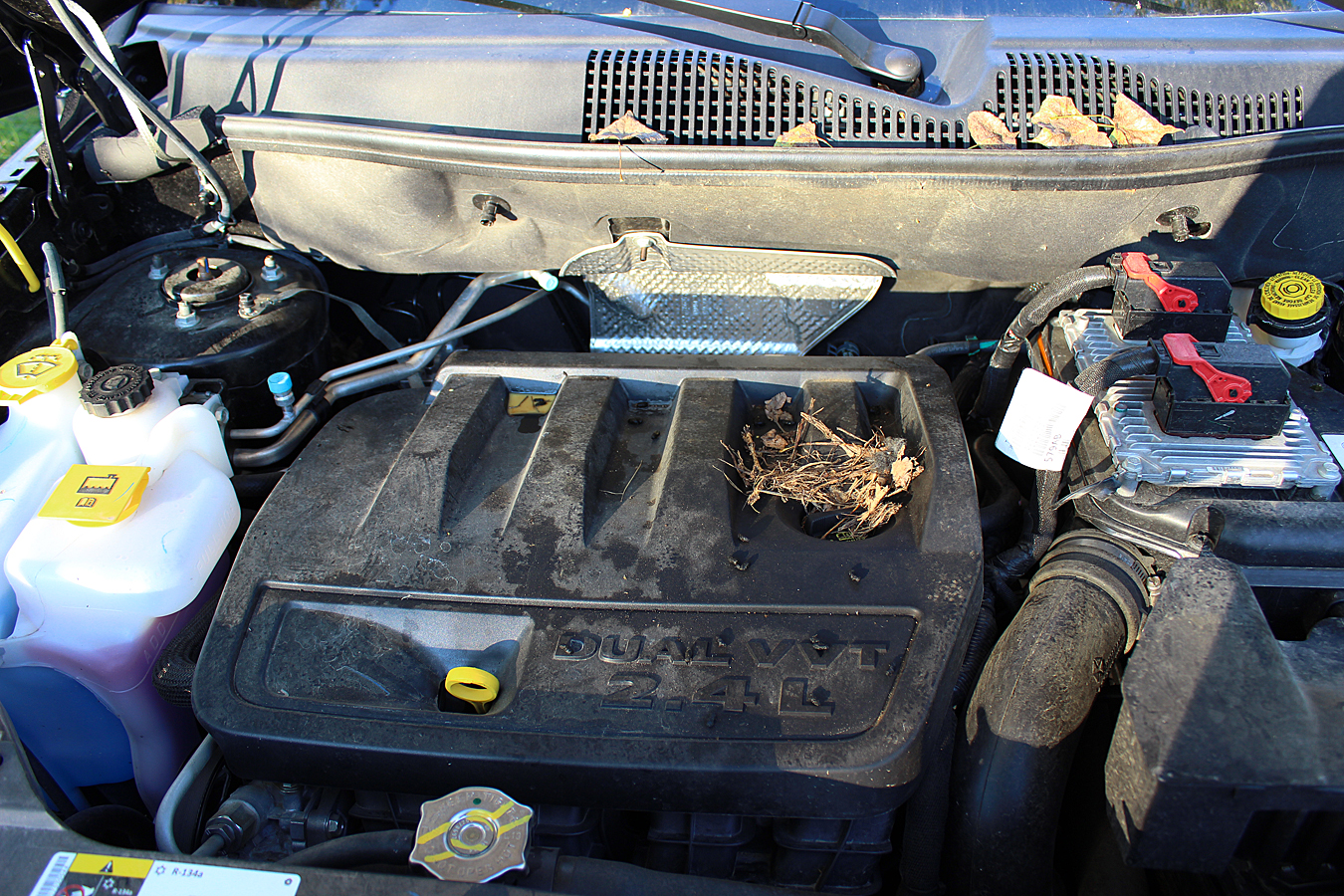 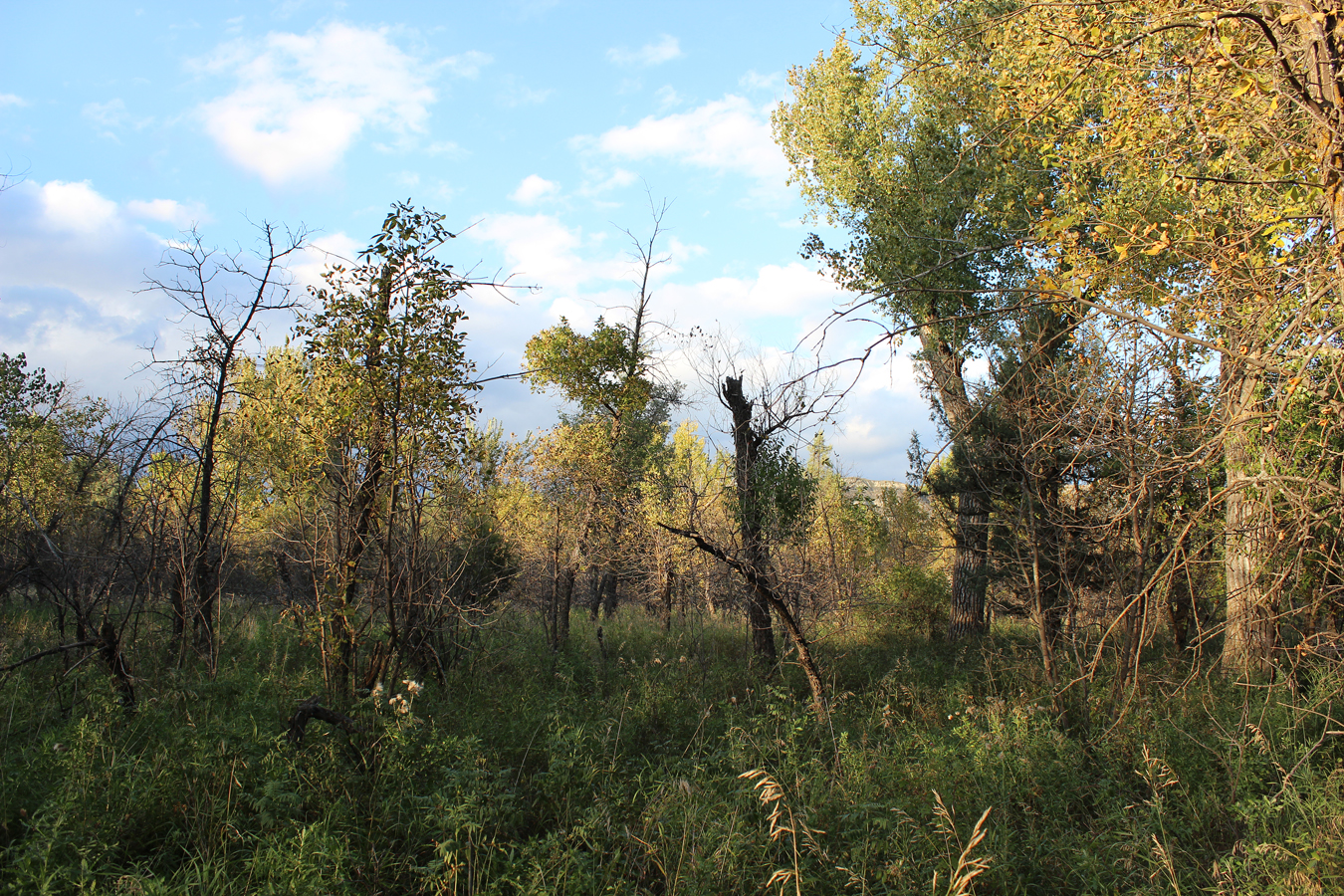 We settled into our evening, both of us working on packing up while the water heated for our final camp supper. Sean went to use the facilities, and I occupied myself shooting portraits of a chipmunk who was having an evening meal. 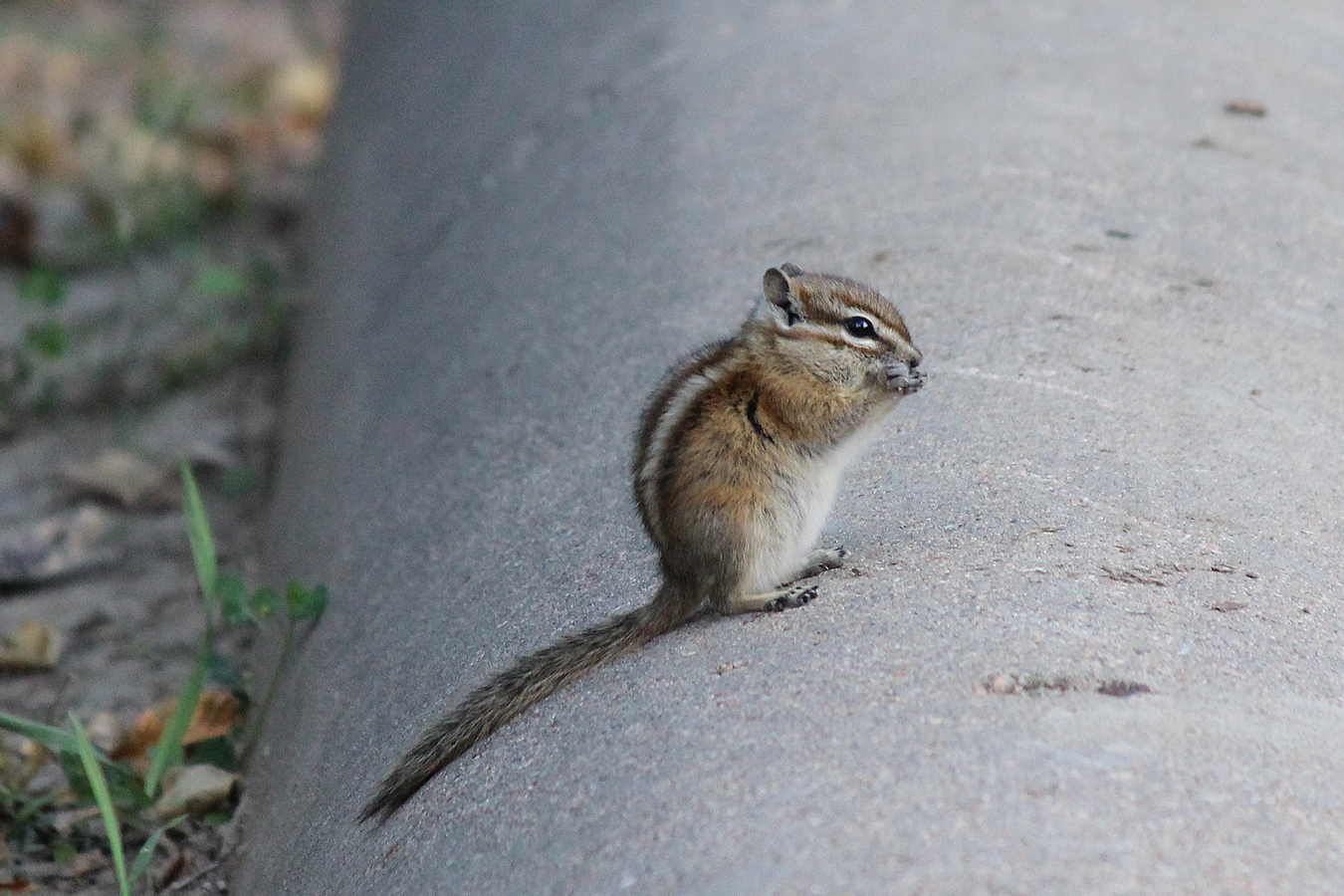 Our supper that final night was chicken and dumplings, a treat saved for the celebratory end of a very full trip. 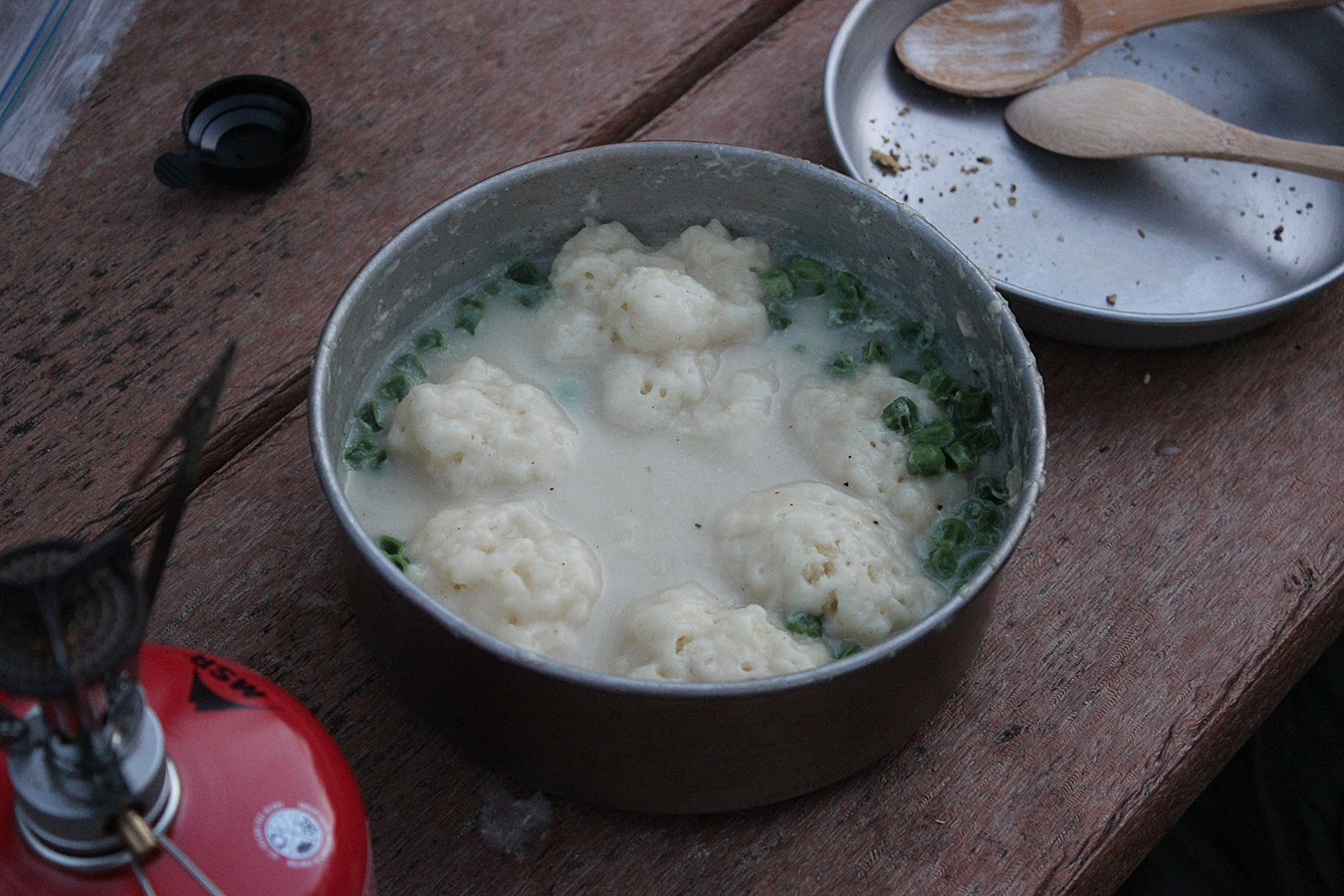 Darkness stretched across the campground, and we had the northern section to ourselves. The overcast day had cleared to a cold, cloudless night. Above us, the immeasurable Milky Way was smudged across the sky. Even the sad orange glow of Watford City to the northeast couldn’t, yet, ruin the glorious night sky.

Headlights approached along the park road and wound their way into the campground, dappling the campsites with their long beams as the car they were attached to wound its way through the cottonwoods. It was an unnerving interruption, but it was merely park rangers doing their final evening check, and soon they were driving off, their SUV blinking between tree trunks before vanishing.

We burned the last of our campfire wood, lingering over its failing heat until it vanished, and then we climbed into our tent one last time. 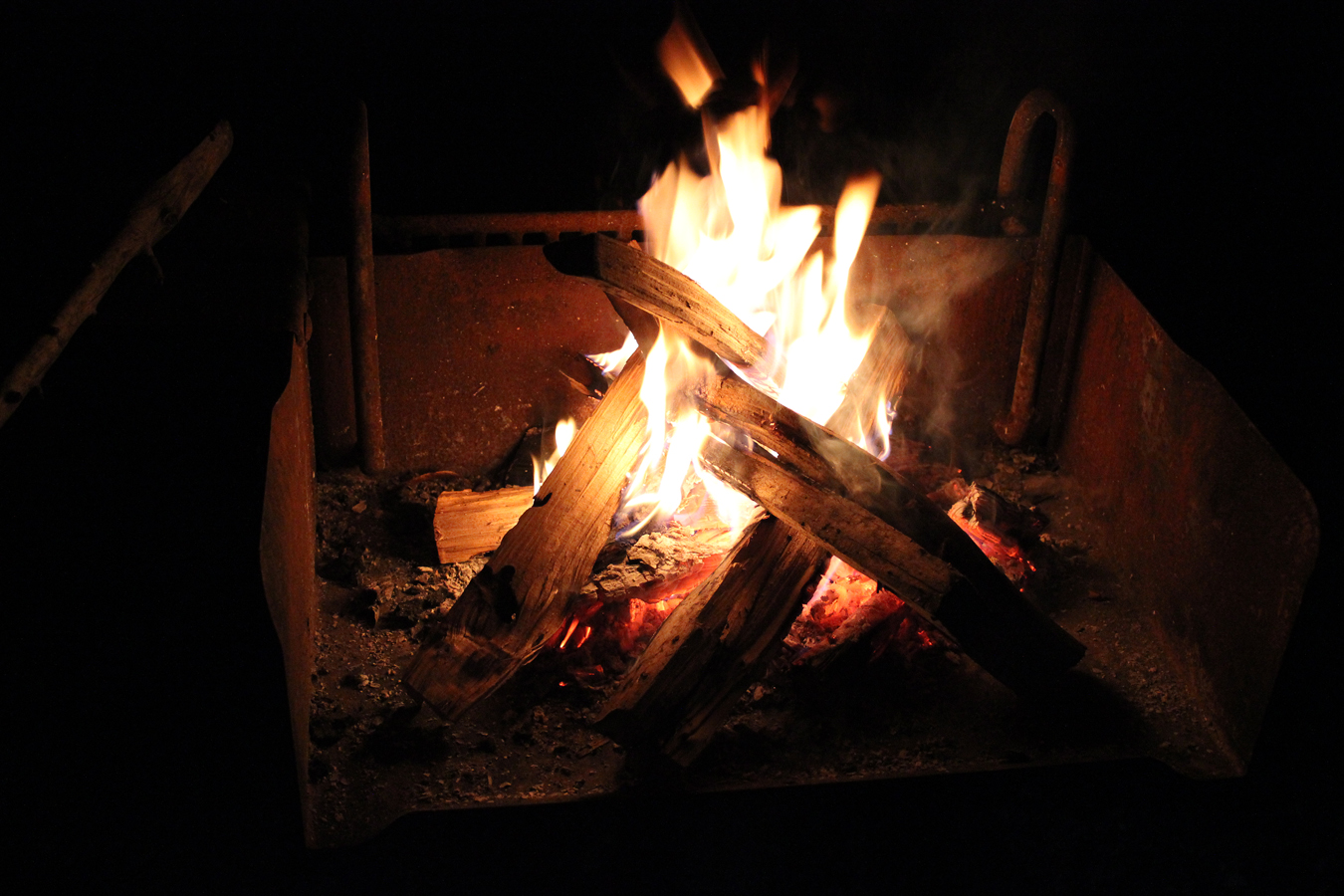 The clear night was the coldest we endured in North Dakota and the only time both of us woke before dawn due to chilly discomfort.

But the cold woke us not too long before our alarms would have anyway. I climbed out of the tent in the deep predawn dark and slipped my feet into my cold boots. I pulled on my headlamp and stumbled to the Jeep to pull out the camp stove, percolator, and fragrant coffee.

I now know that I can put in my contacts in the dark over a picnic table in temperatures of twenty-seven degrees.

We had both done a great job prepping, and our breakfast was swift. We collapsed the tent and packed the remaining items into our bags. We still hoped that we’d have time to reorganize a bit, but if we’d had to get on a plane as we were, we’d have been ok.

I checked under the hood for our Woodrat friend, but it hadn’t returned. Confident I wasn’t going to cook anyone, I turned over the engine while Sean finished up a cold KP. And then we were inching our way, no headlights, through the campground as the light was just beginning to brighten.

On the park road, we turned on our lights and began our trek back to Sioux Falls. The sun was painting the horizon vermillion, and Venus was holding court above a silent National Park.

We headed down US-85 and then east on I-94. We were in time to capture the sunrise opposite oil wells and gas flares (image a the top of the post).

Past Dickinson, the wells vanished and the landscape became quiet, rolling ranch and farmland.

At Bismarck, we again crossed the Missouri River. There it was the same sensory demarcation between the east and west of the continent as it was in South Dakota. To the east, the land flattened and became the great agricultural prairie of the Midwest. 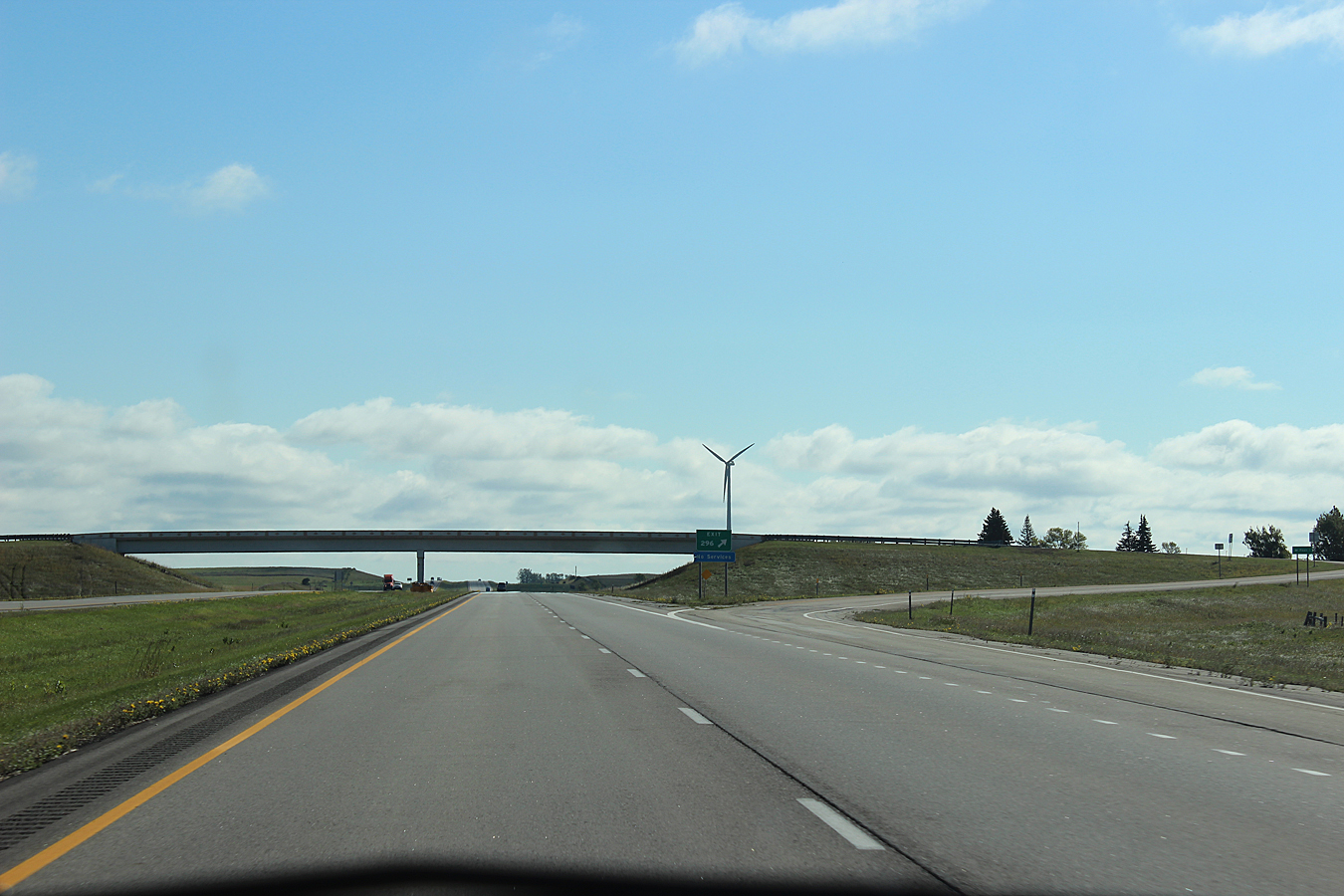 At one point, some three-quarters of the way across North Dakota, Sean got a text from our friend, Angela, who was watching our cat, Elsa. Apparently, day ten was Elsa’s breaking point, and she had shown her displeasure by destroying a pot of succulents. 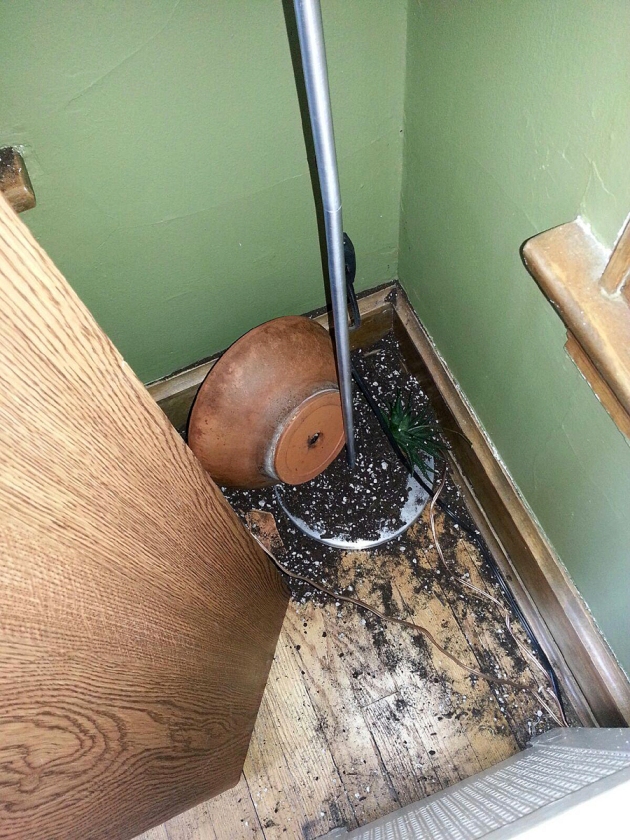 We made stellar time and reached Fargo just before noon. We weren’t quite hungry, so we didn’t stop.

If you are ever near Fargo and decide not to stop for lunch, you are an idiot.

We headed south on I-29, figuring that it was an interstate highway and was certain to have multiple terrible dining options.

Yeah, not so much. Some two and a quarter hours later we reached Watertown, South Dakota, and sated our Midwestern stomachs at Culver’s. There is nothing along I-29 between Fargo and Watertown. On some level, I think this is a good thing, on another level, it’s quite annoying.

We arrived in Sioux Falls over three hours before our flight. It was plenty of time to go to Scheels. Sean returned our unused campstove fuel and dehydrated meals while I repacked some of our things in the parking lot.

Soon we were at Sioux Falls Regional Airport and ready to return the Jeep with its newly acquired 2,294.7 miles.

We returned the Jeep to Enterprise, and I changed my clothes (to an extent…I was still pretty unkempt) in the men’s room before we checked our bags, passed security, and stopped by an airport bar for a beer before boarding. 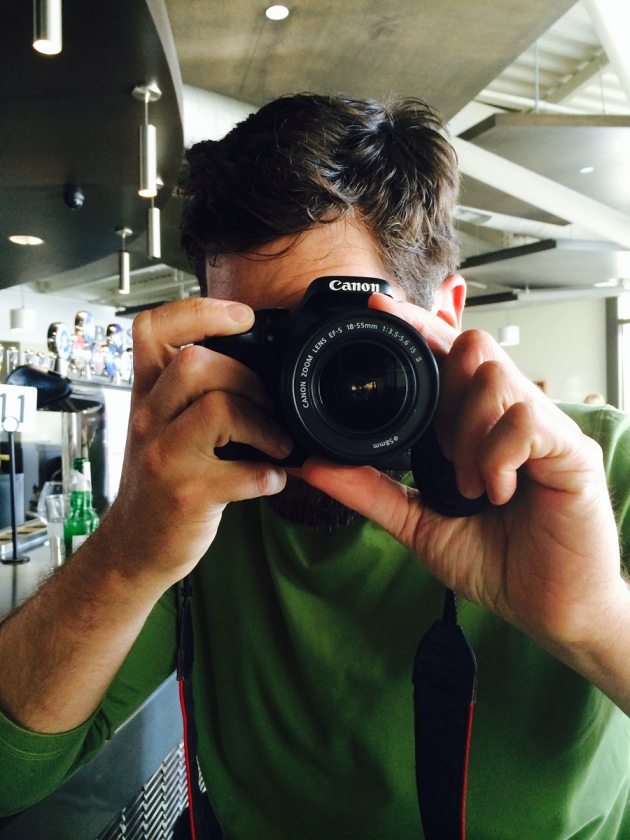 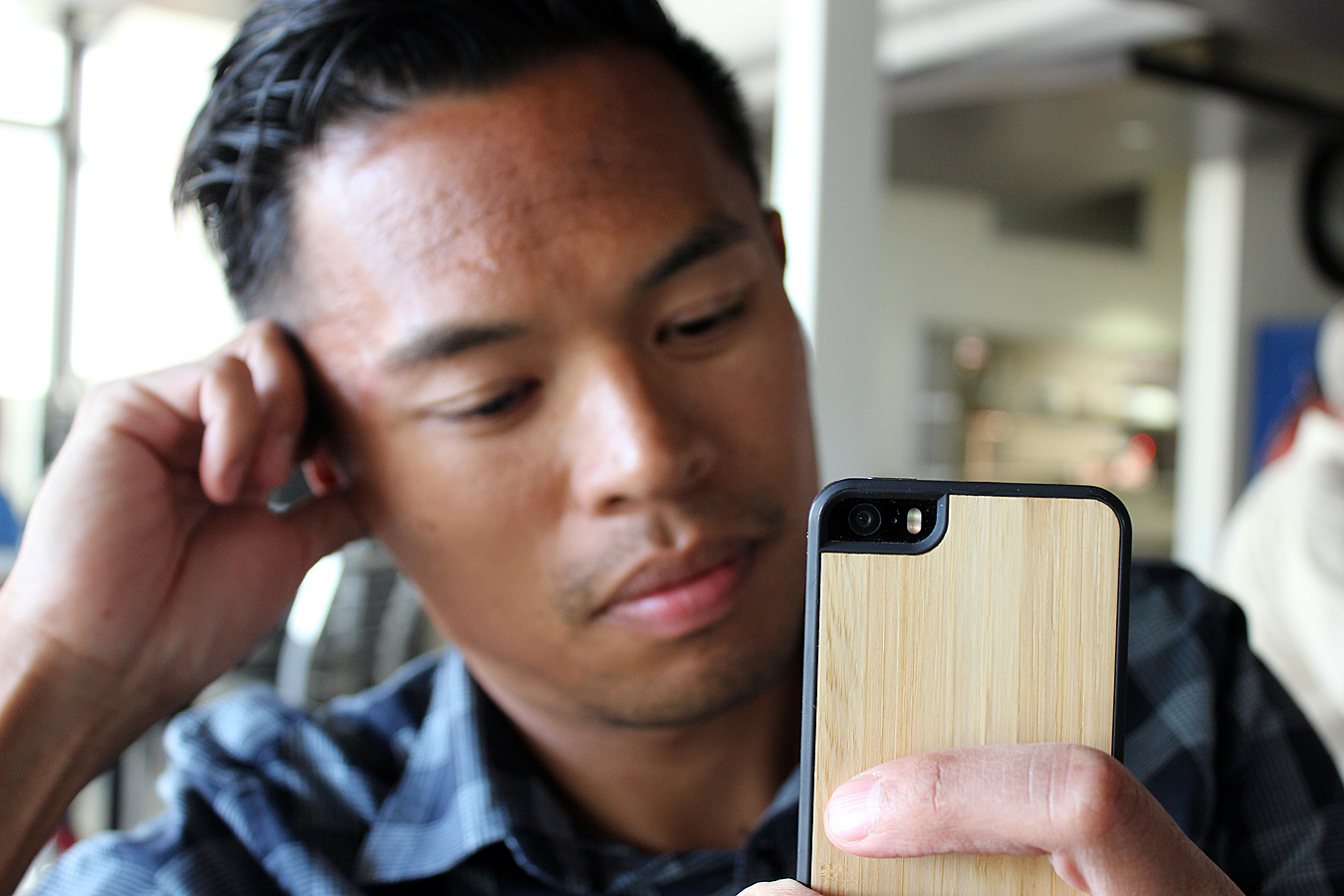 Then we were in the air, rising gently above the South Dakota plains and heading east.

Chicago that mid-September night was gorgeous. We arced north of the city, allowing for breathtaking views of the lights of the grid and the calm of the Lake. 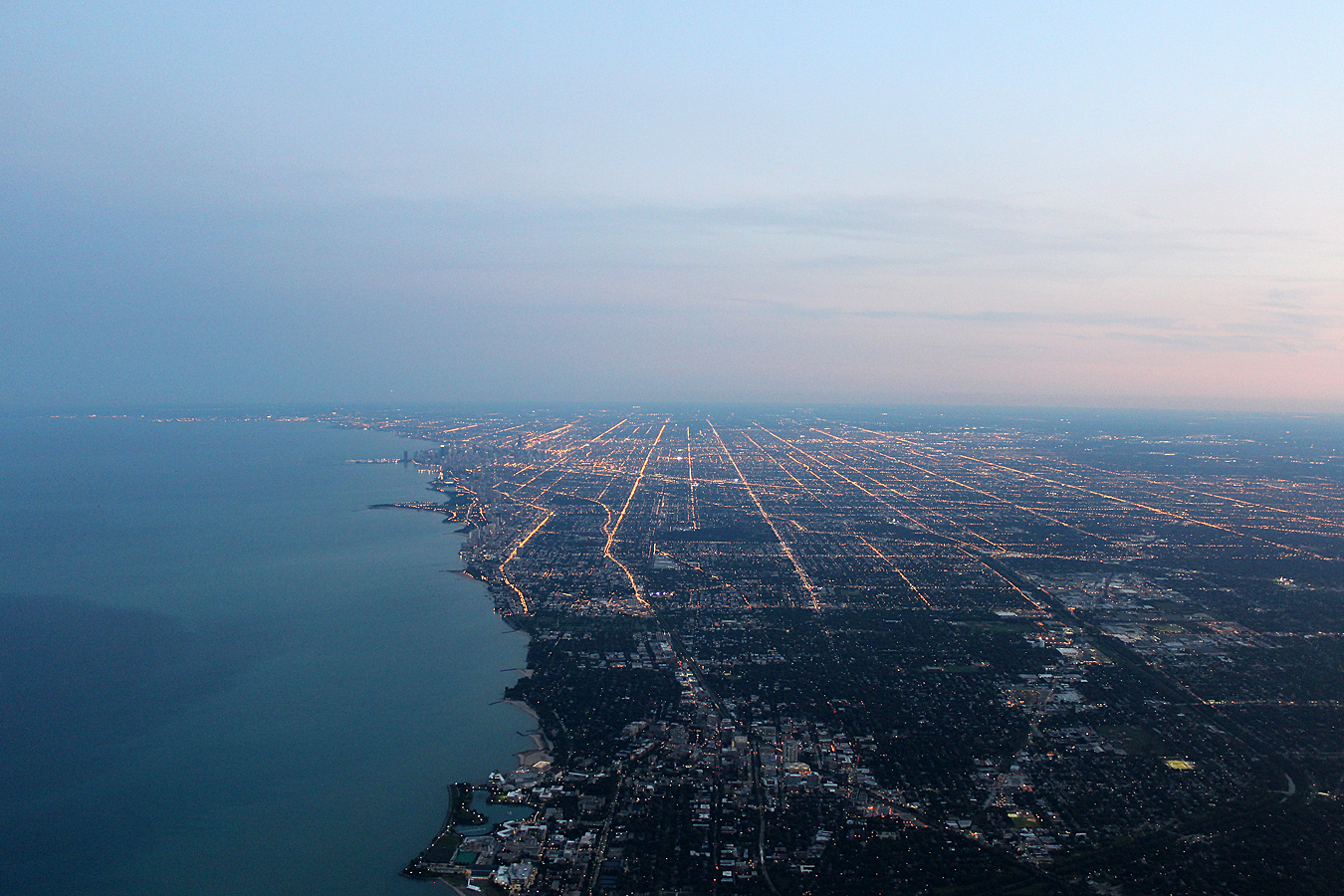 And then we were home, and Elsa was pleased to see us.