From the National Park Service guide:

Annaberg stands today in bold testament to a time when “sugar was king.” The ruins represent a colonial-era processing facility known as a “sugar works,” designed and built exclusively for the large-scale production of raw cane-sugar and its two valuable byproducts, rum and molasses. It was constructed between 1797 and 1805, at the pinnacle of the great sugar boom of the turn of the 19th century. 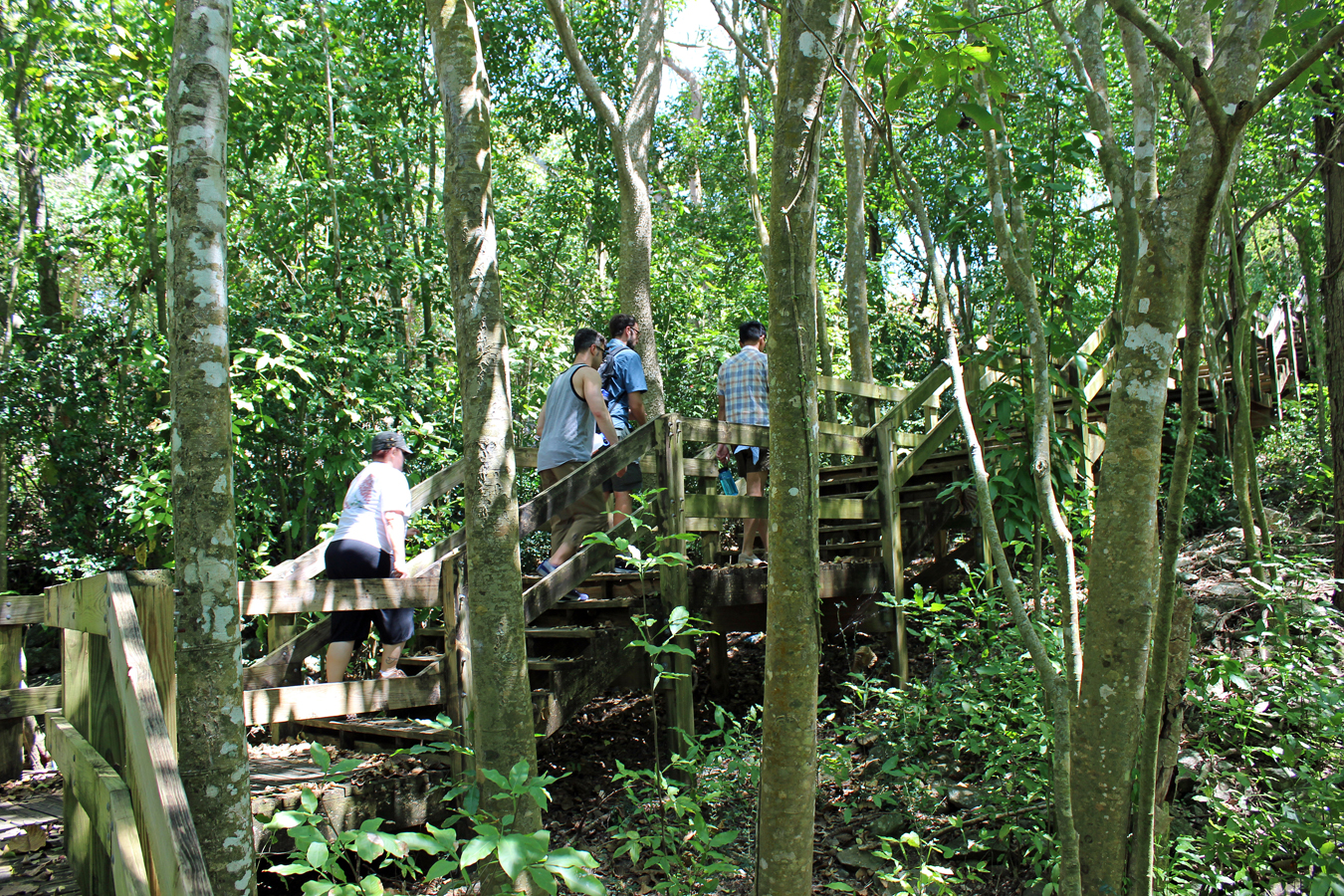 Annaberg is accessible from its parking lot by a wide staircase through the forest.

Annaberg is imposing, gorgeous, and deeply disturbing. All of the other ruins we visited (Cinnamon Bay, Lameshur Bay, Reef Bay Estate House and Sugar Factory) dated either to after slavery or just before it ceased on St. John in 1848. The Annaberg site, by contrast, boasts the ruins of slave quarters and a dungeon. Yet it is situated on a promontory with a stunning view of the British Virgin Islands, easily one of the best views on St. John. It looks down upon Waterlemon Cay, a popular snorkeling site. Even more disturbing in the juxtaposition between our contemporary view of these islands…retreat, vacation destination, “paradise”…is the fact that the slave quarters were on the steep hill overlooking the sea. Ocean-front property, indeed! It’s so utterly foreign to our modern attitudes of real estate, wherein the wealthy cram the beaches and promontories, or tourism.

Little makes clearer the necessity of this park from a cultural perspective than the fact that this location, site of slave dwellings, would be one of the most desired spots on the island for a villa were it not a National Park.

Ruins of slave quarters at Annaberg. 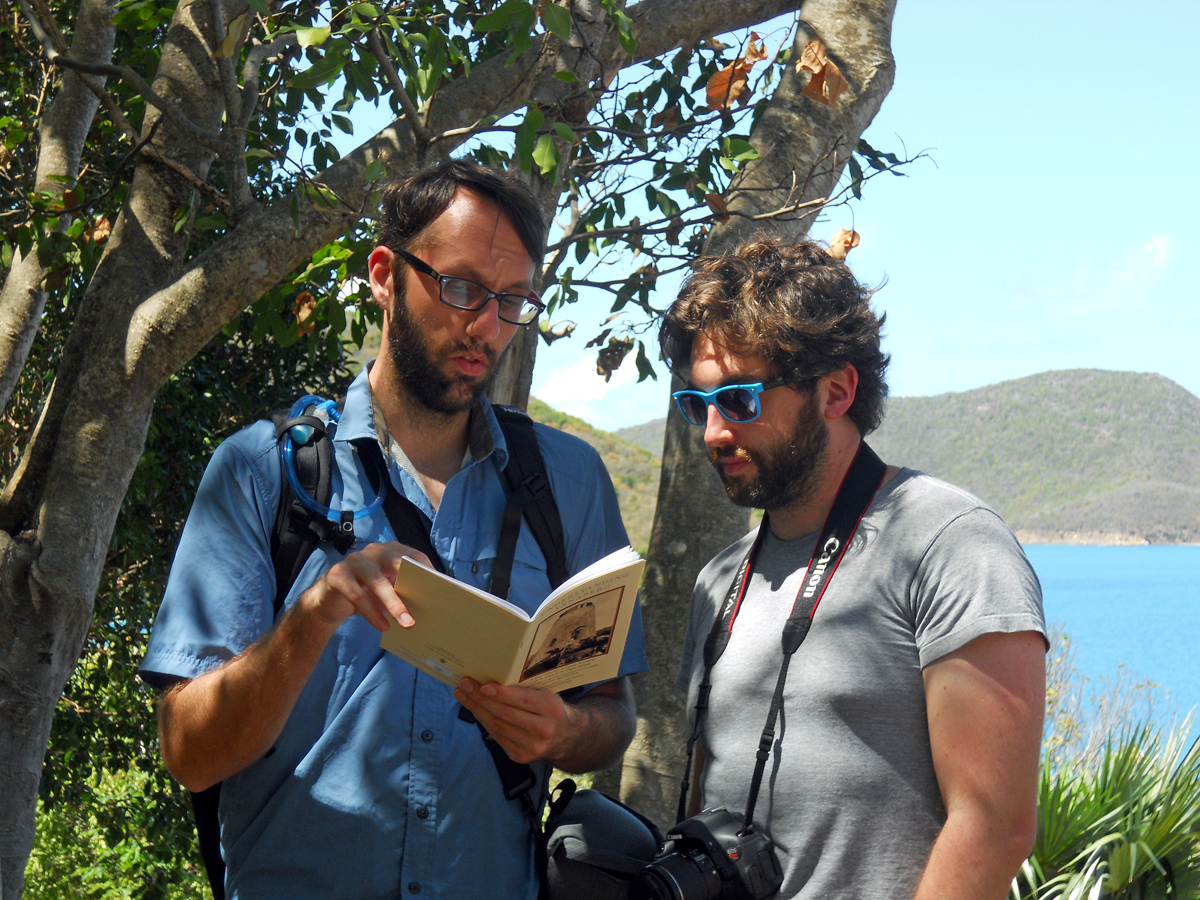 On the drive from Cruz Bay to Annaberg, Adam read to us from Understanding Annaberg. Image: Bethany Cara Bray 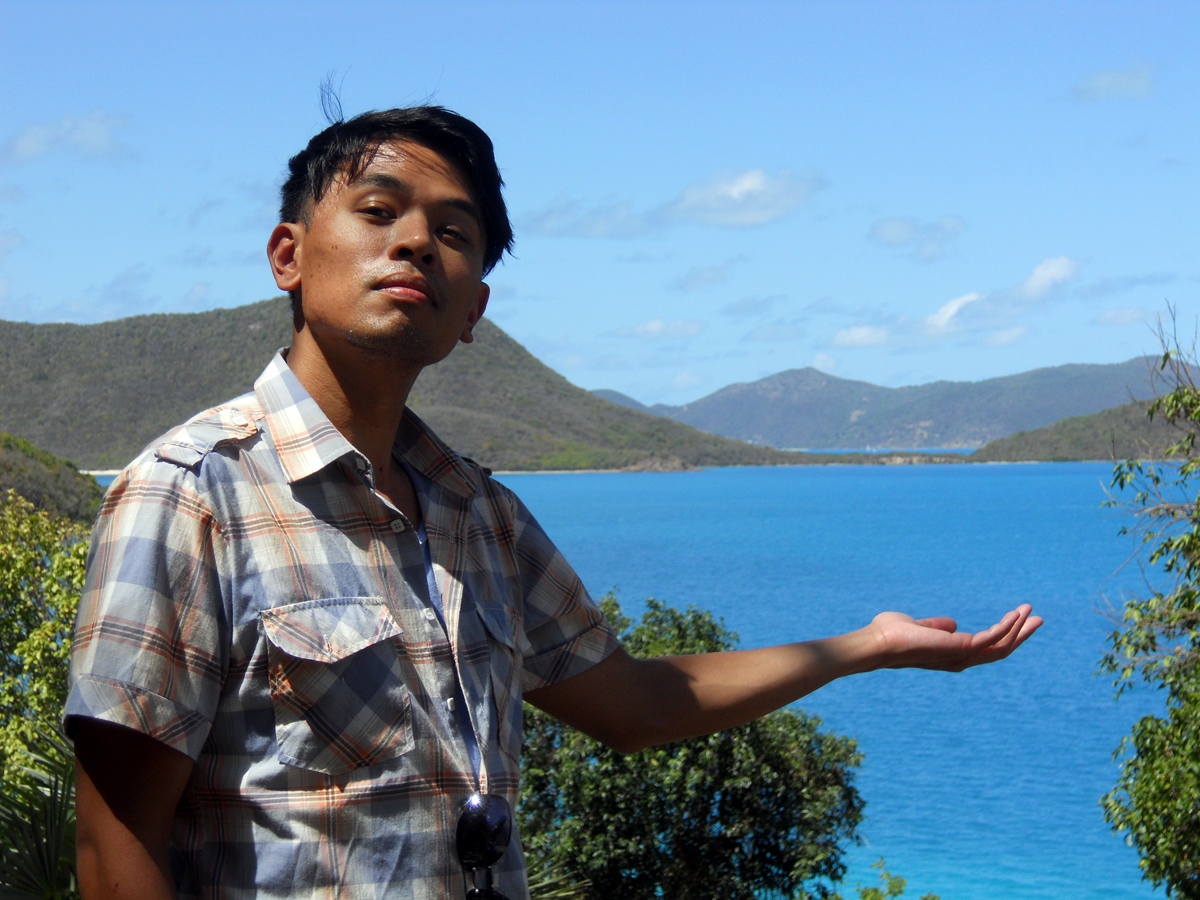 The ruins of Annaberg’s windmill are among the best preserved on the island.

My favorite thing about the video below, which shows a 360-degree panorama of the view from Annaberg and its windmill and buildings, is that Bethany and Sean try to outrun the camera. Also, you can see Adam capturing an interactive panorama shot at the same time: 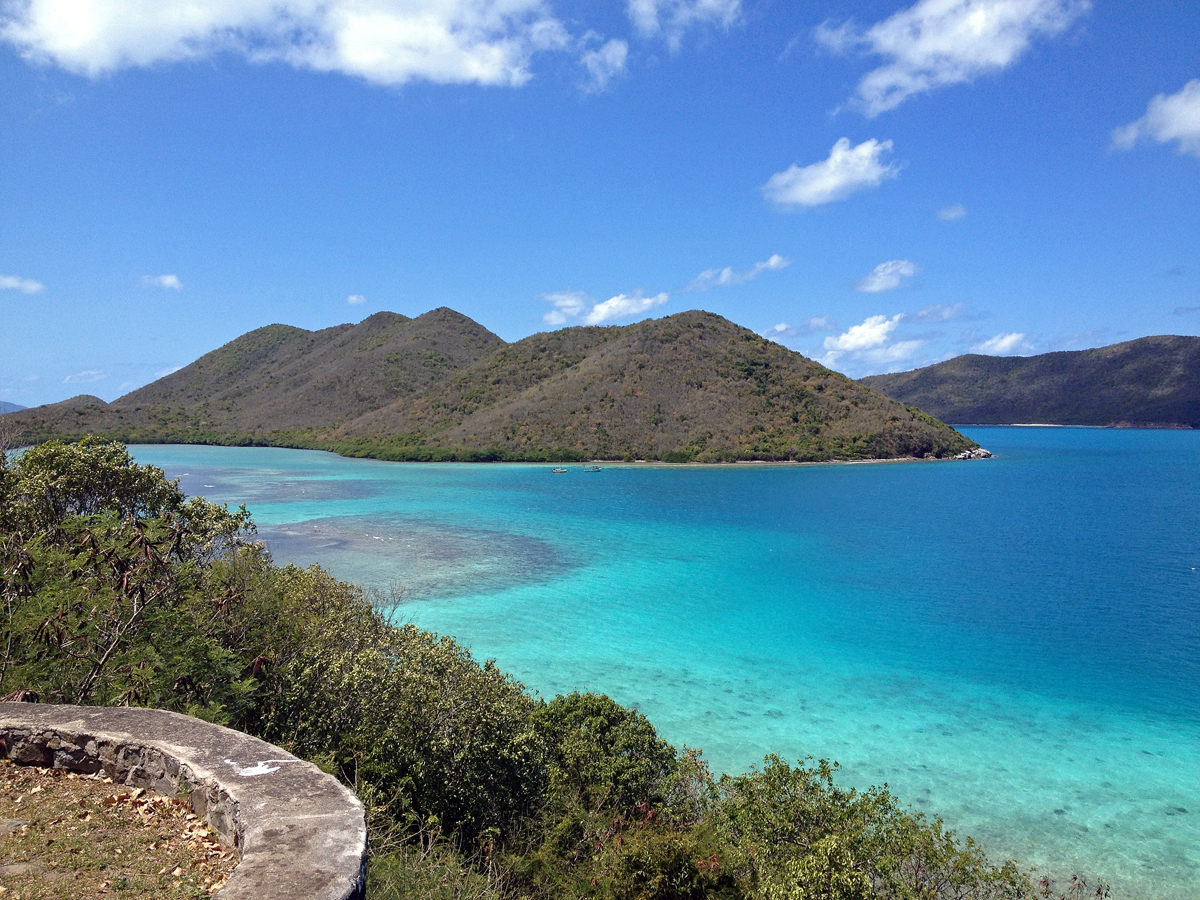 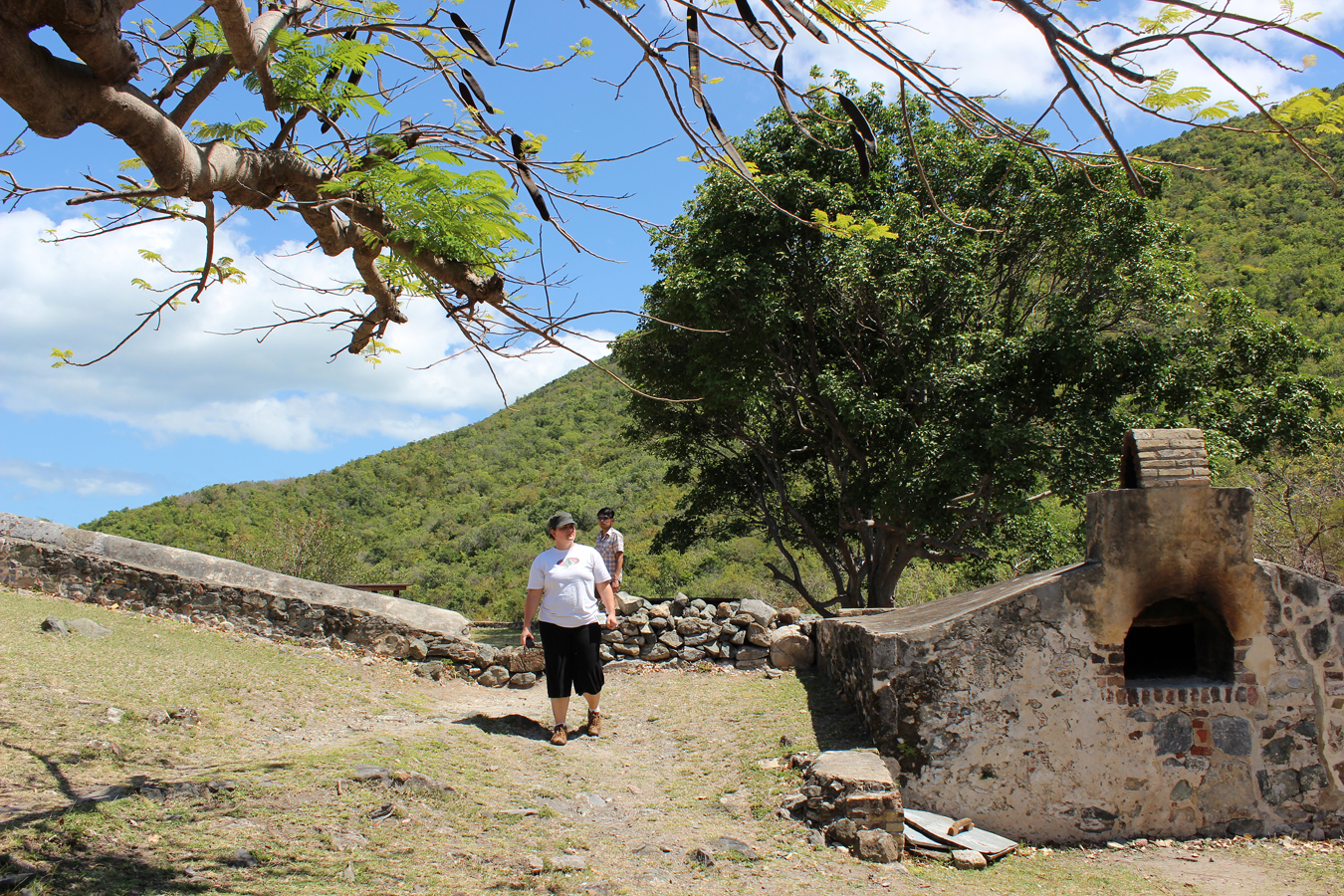 The oven (for baking bread).

The refinery, viewed from the horsemill. 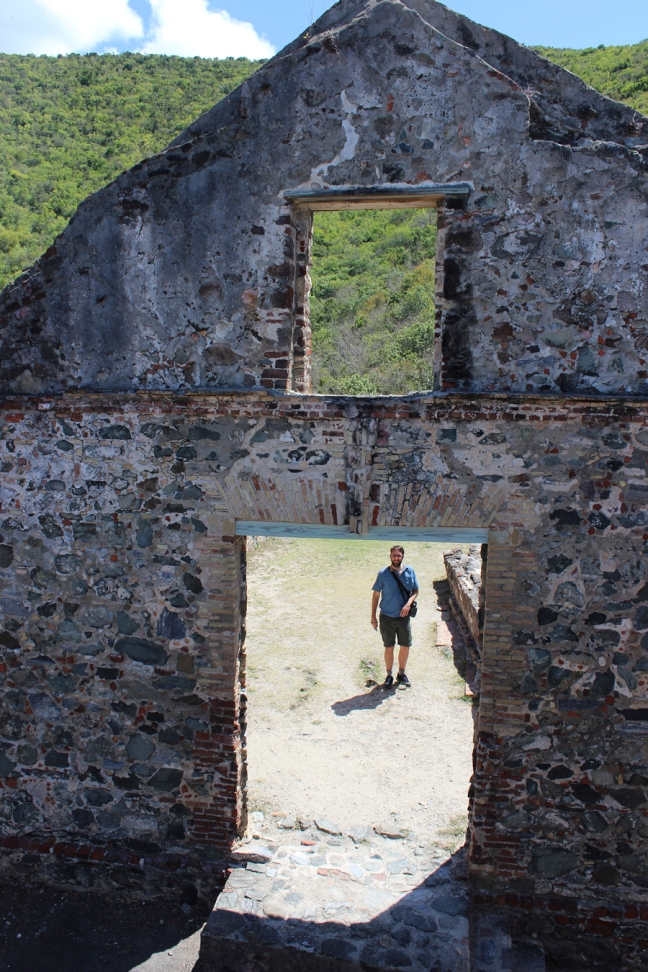 What looks like a bush growing out of the cistern (the smooth stone structure at the left of the image) is actually a fully-grown tree. 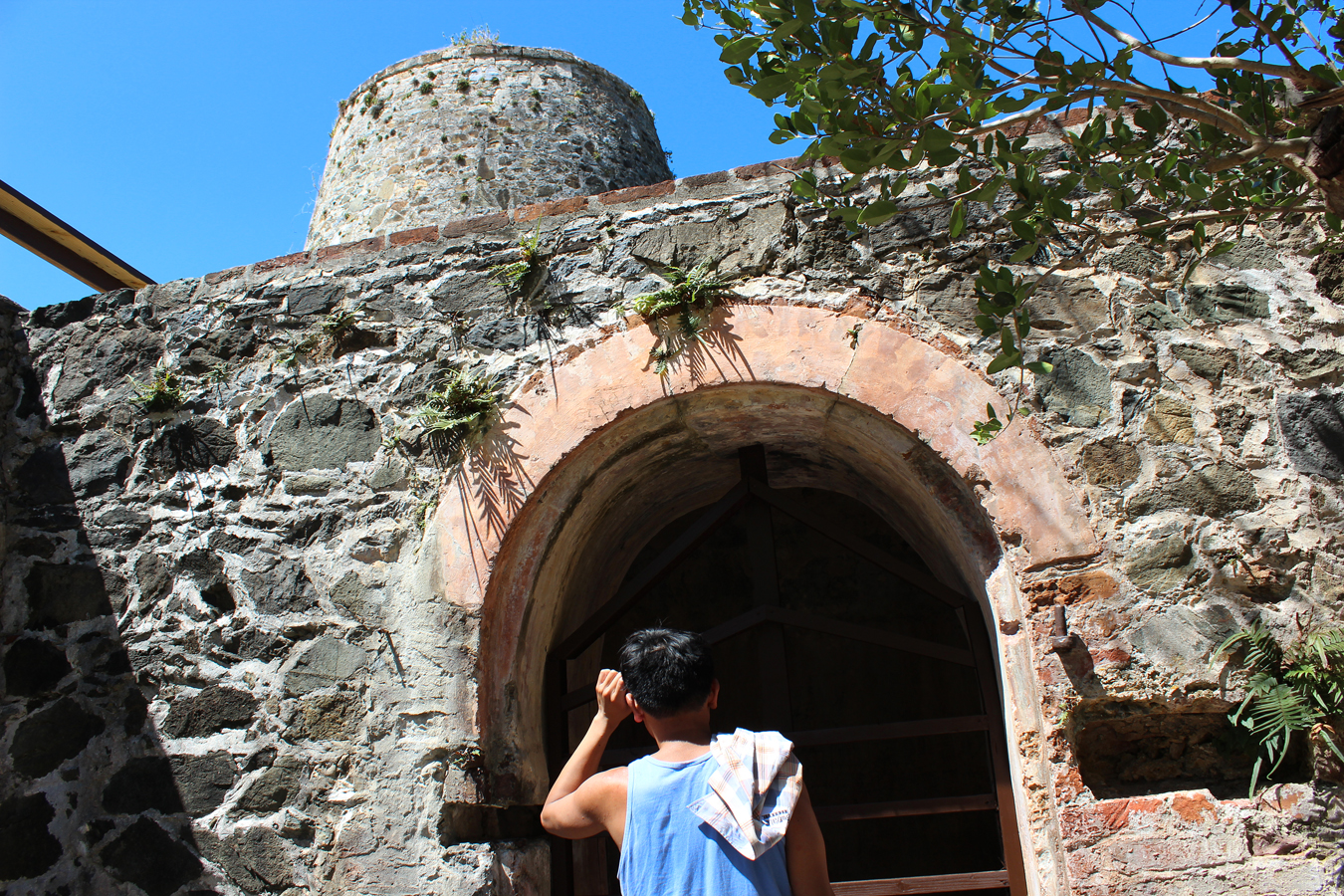 Sean examines the dungeon, a small room carved out of the base of the windmill hill.

On the rear wall of the dungeon there were delicate drawings of colonial-era buildings and tall ships. Lovely and mysterious and vaguely unsettling: 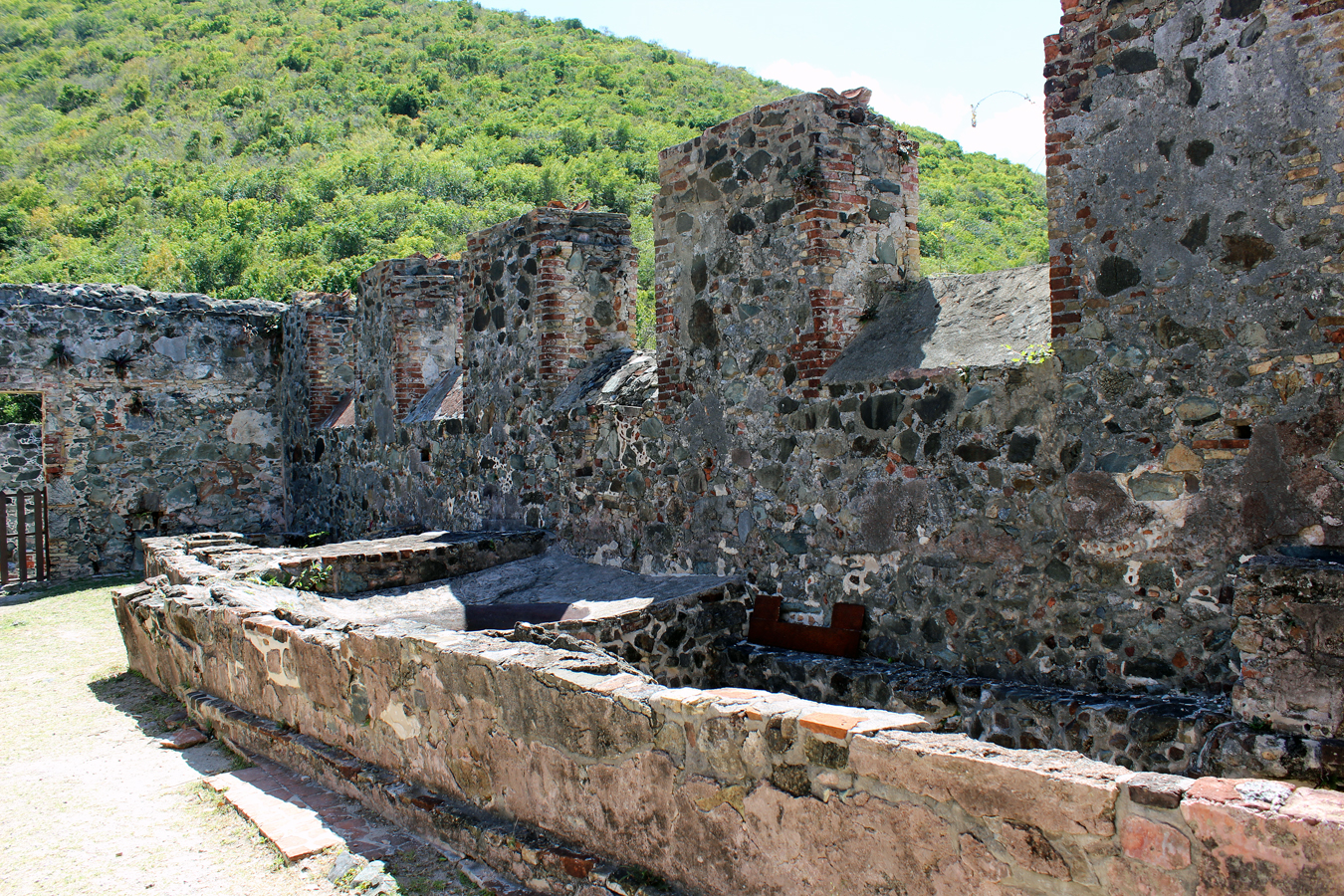 As we turned the corner of the refinery, we were greeted by Annaberg’s gardener. The area that had been the grazing pen is now a garden where the Park Service grows samples of a variety of flowers and plants. He invited us to taste pieces of coconut he’d just cut open. Sean and I had trouble understanding his thick creole accent, but Bethany understood him easily.

Adam, who had lagged a bit behind the rest of us chatted with the gardener, who pointed out the sugar cane growing in the garden and cut a piece for Adam to taste. 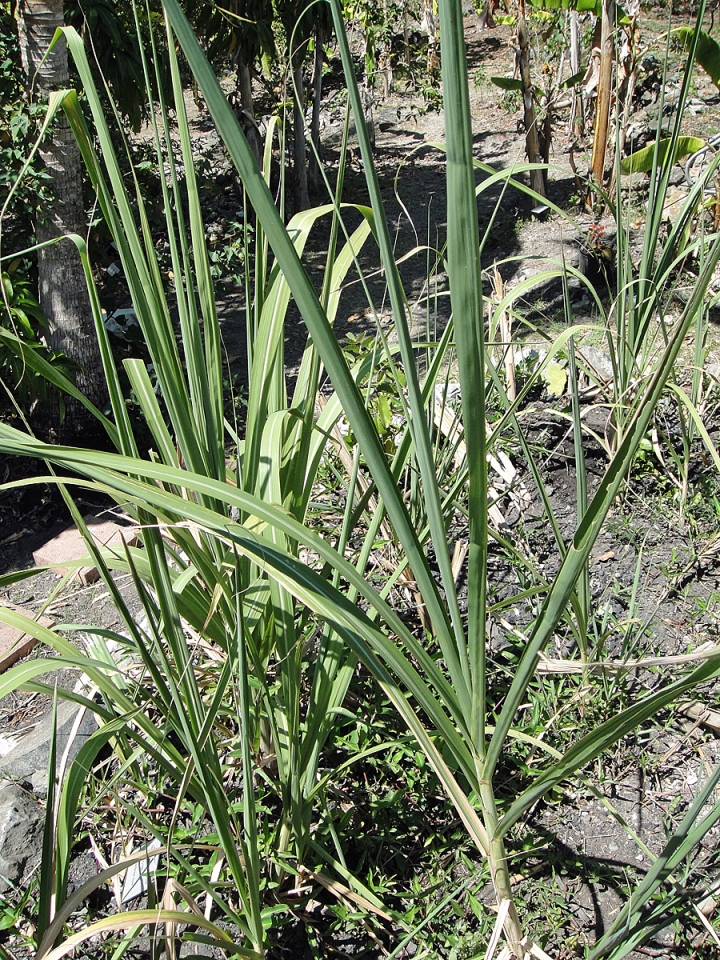 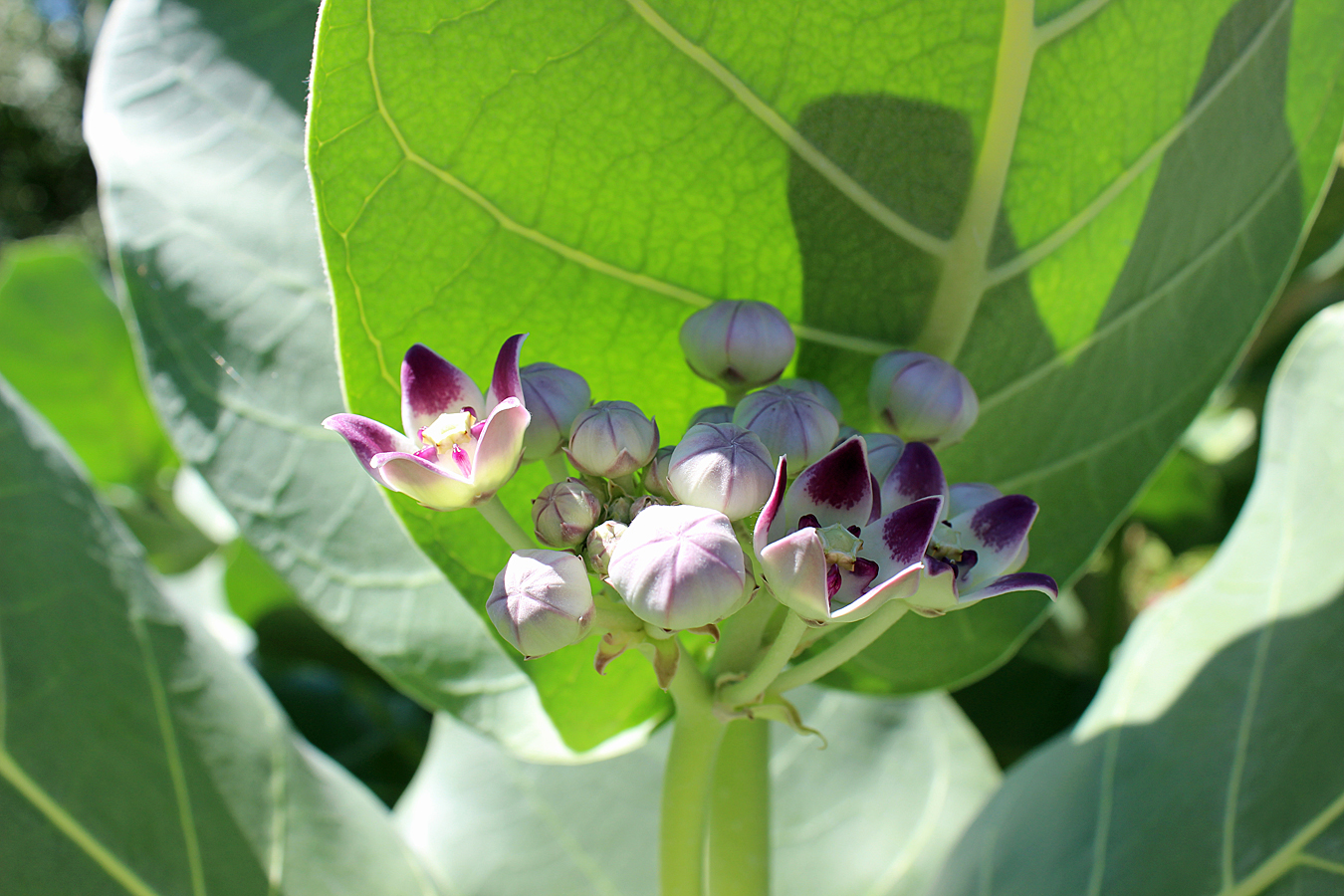