After the petroglyphs, Sean, Adam, and I walked the level trail through the forest to the ruins of Reef Bay Sugar Factory near the beach at Reef Bay (see map).

A round, raised area lies to the right of the factory. This was horsemill. Sugar cane would be crushed by gears turned by beams attached to horses walking slowly around the wooden apparatus. The cane juice would then flow down a track and into the factory to begin the refining process: 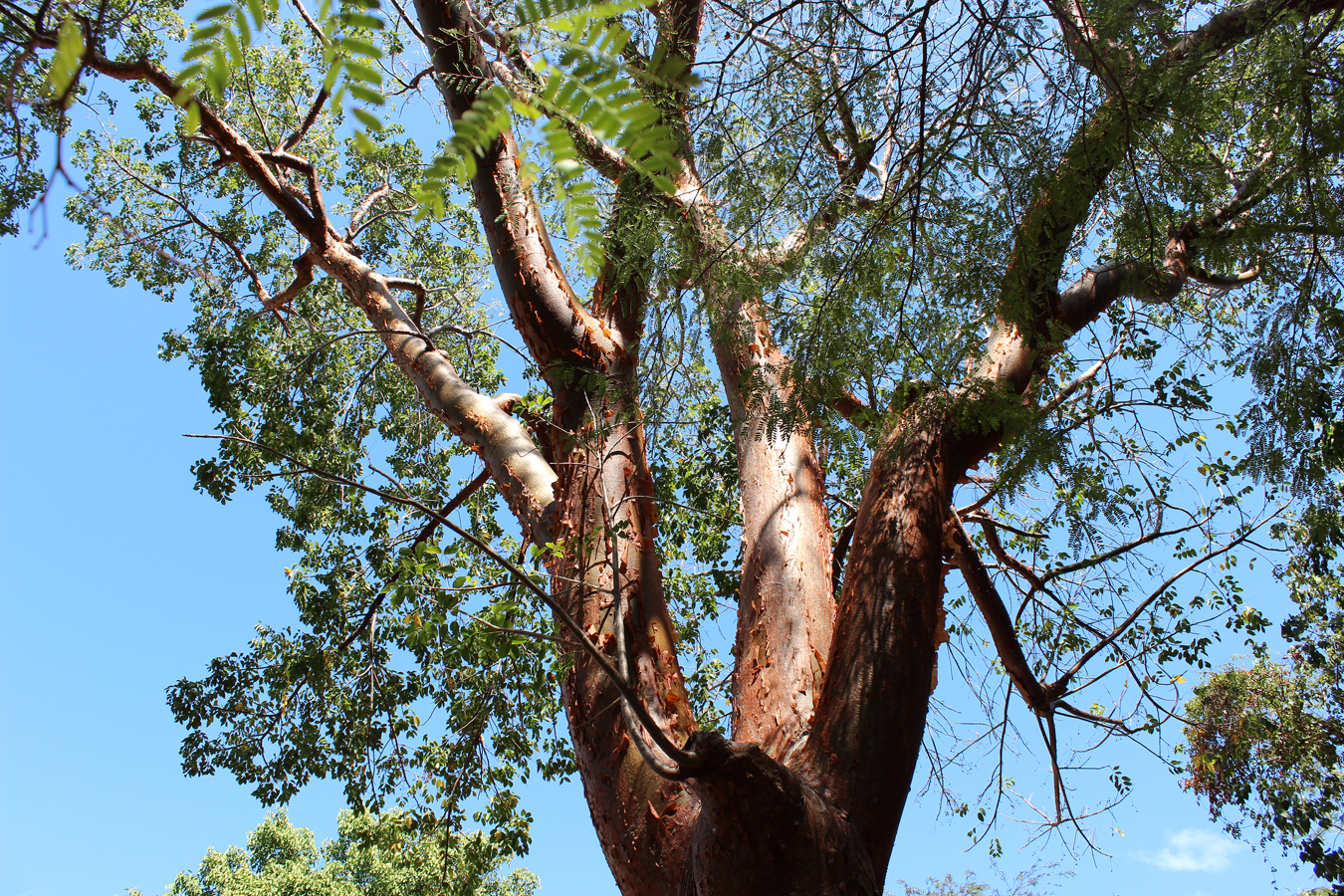 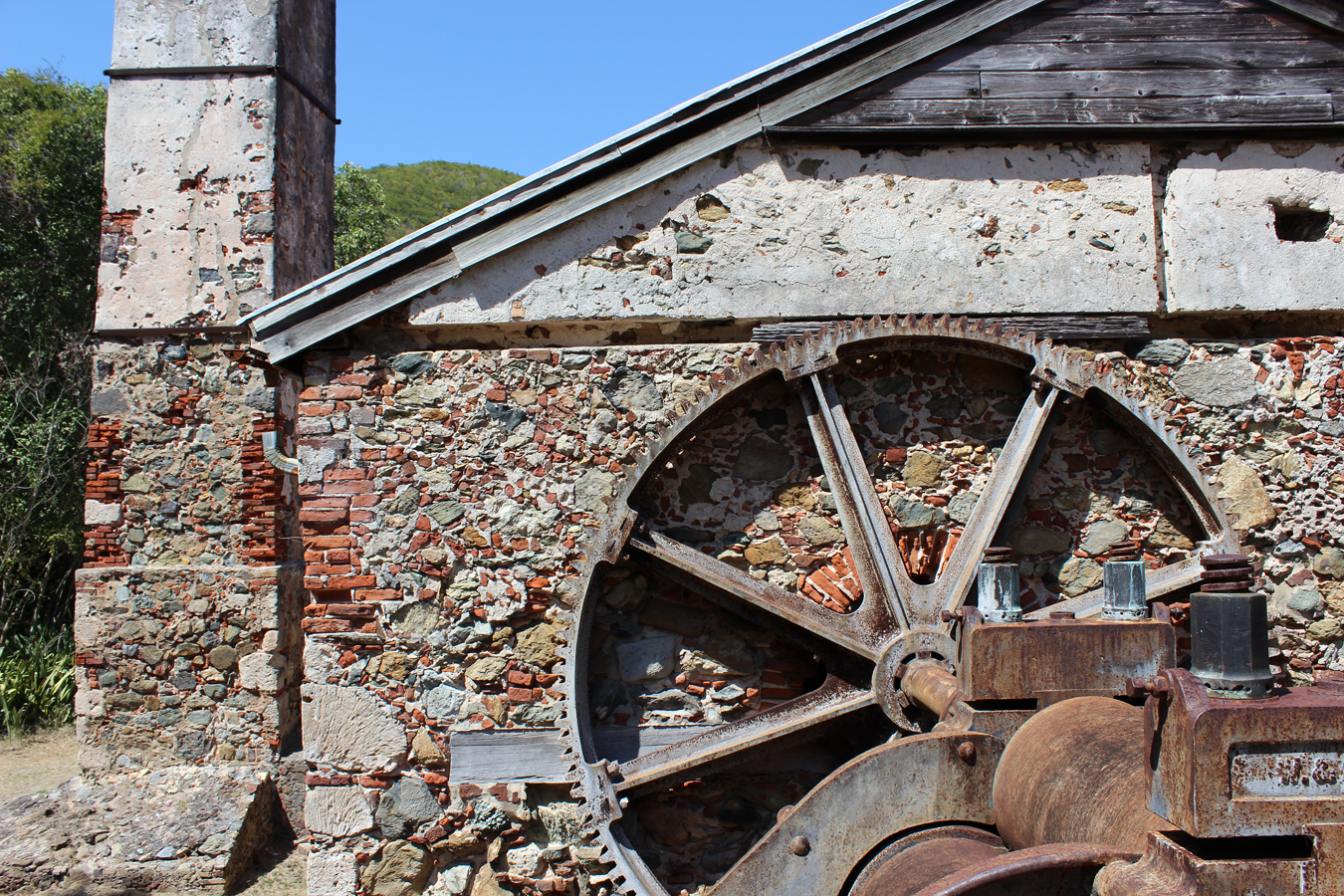 In 1855, the horsemill was replaced with a steam works, which crushed the cane more quickly. The giant wheel and gears are part of the works. 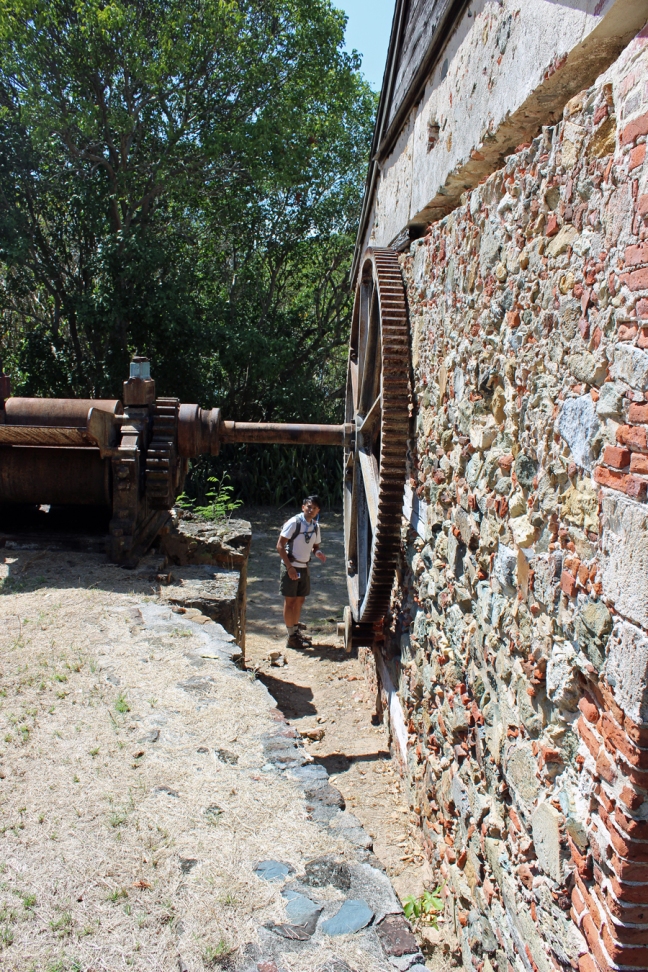 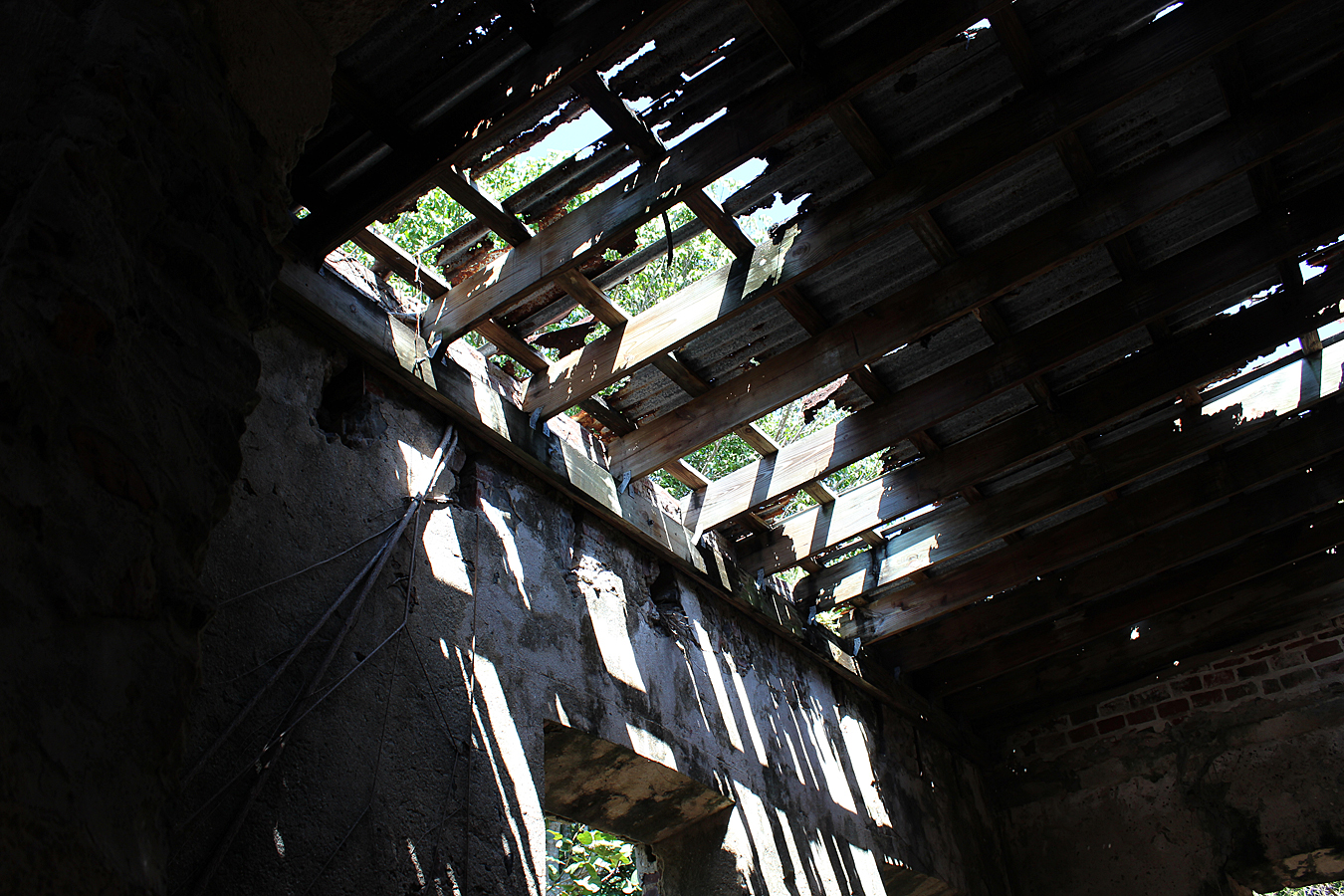 Inside, the cane juice was distilled through heating in a series of vats. Crystallized sugar was shipped to Europe, and the waste products became mollasses and rum. Adam captured an interactive panorama of the refining room. 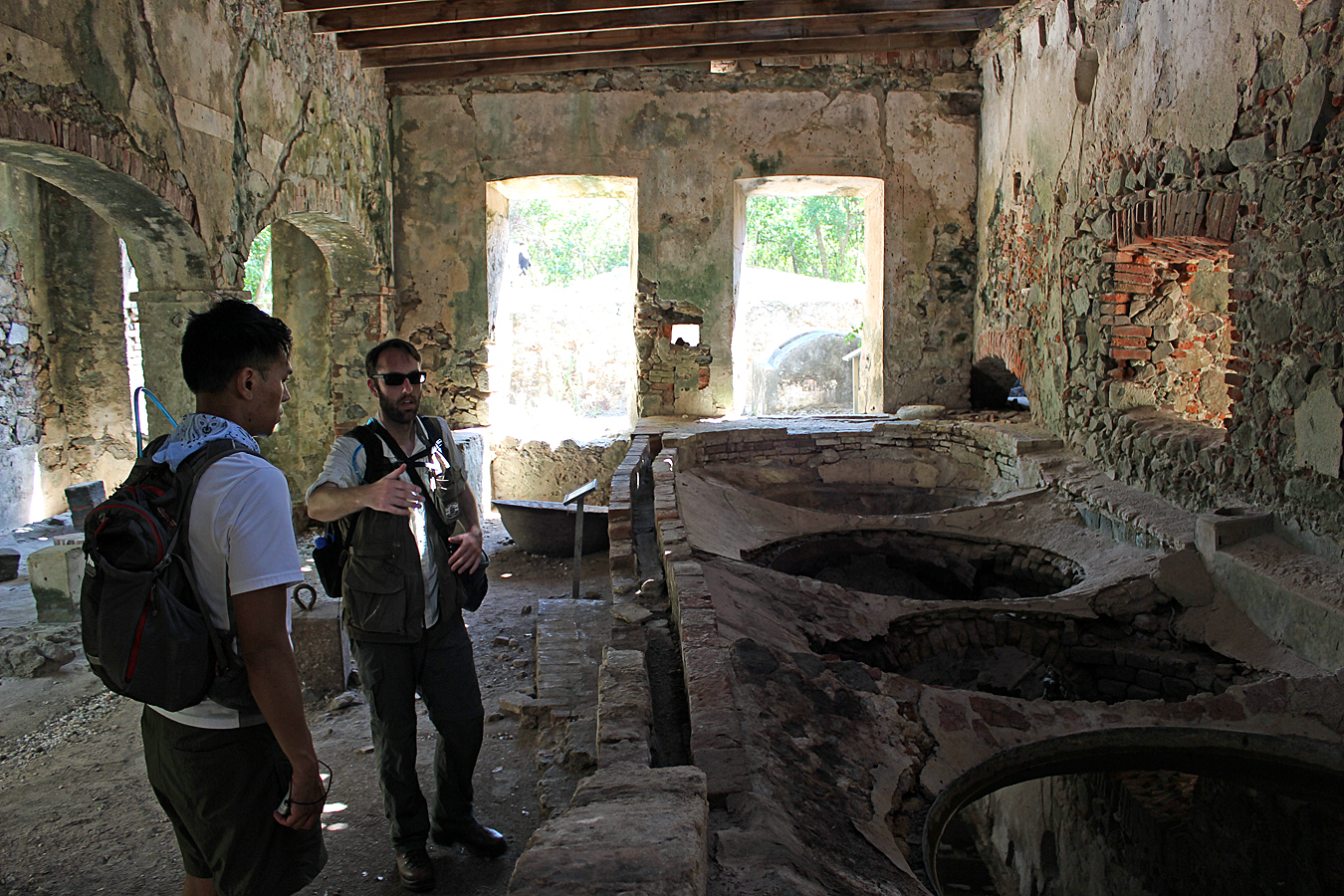 The interior of the steam works. Note the wicked beehive on the wall near the window.

A close-up of the beehive. Image: Adam Geffen

According to Gerald Singer, in the 1960s, Ladybird Johnson took the Reef Bay Hike with a ranger. When they arrived at Reef Bay Factory, she asked where the facilities were, but was informed that there weren’t anyway. Later she donated the money for the construction of a privy.

The beach at Reef Bay. 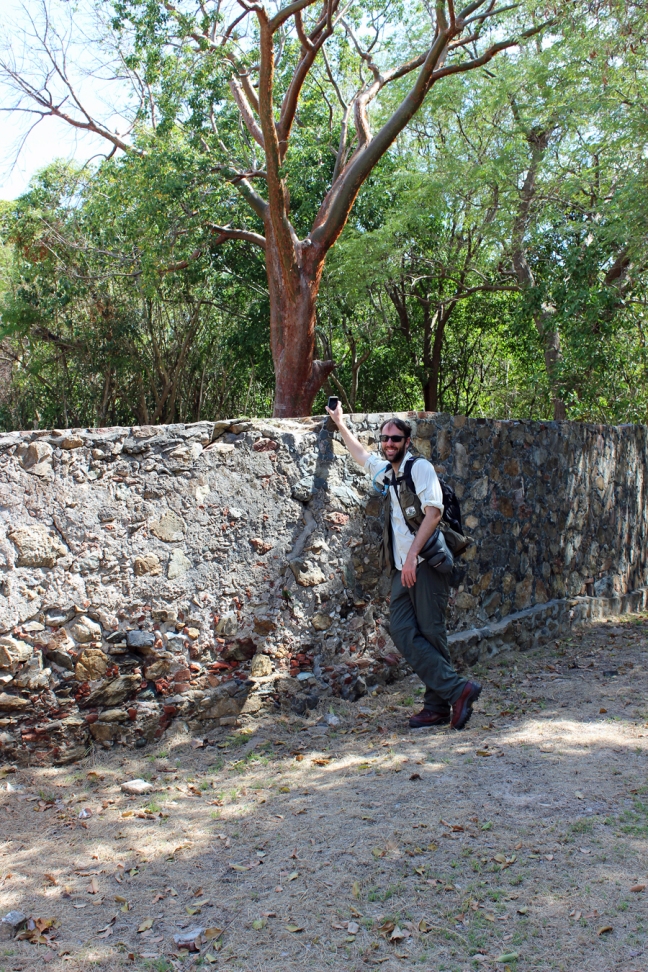 Adam’s iPhone picked up a faint signal at the retaining wall. He’s sending the turtle video to Ion.

As we headed back up the trail, we ran into the couple from Appleton, Wisconsin we’d met at the petroglyphs. Ever polite, they pointed out a deer. 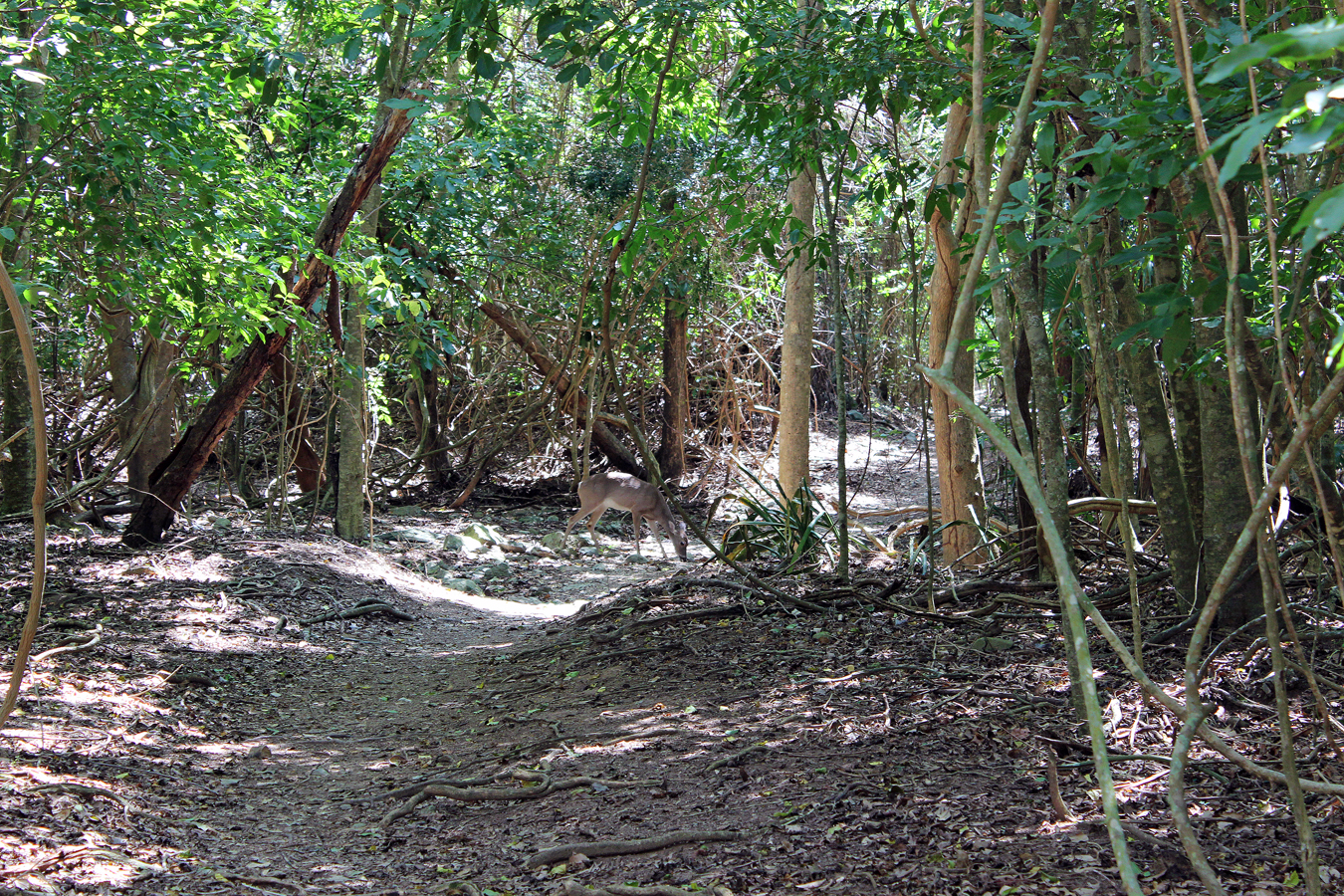 We turned off Reef Bay Trail before it began its climb to Centerline Road, and we began our ascent of Lameshur Bay Trail. The distance to the top of the ridge was shorter, but steeper on this side. 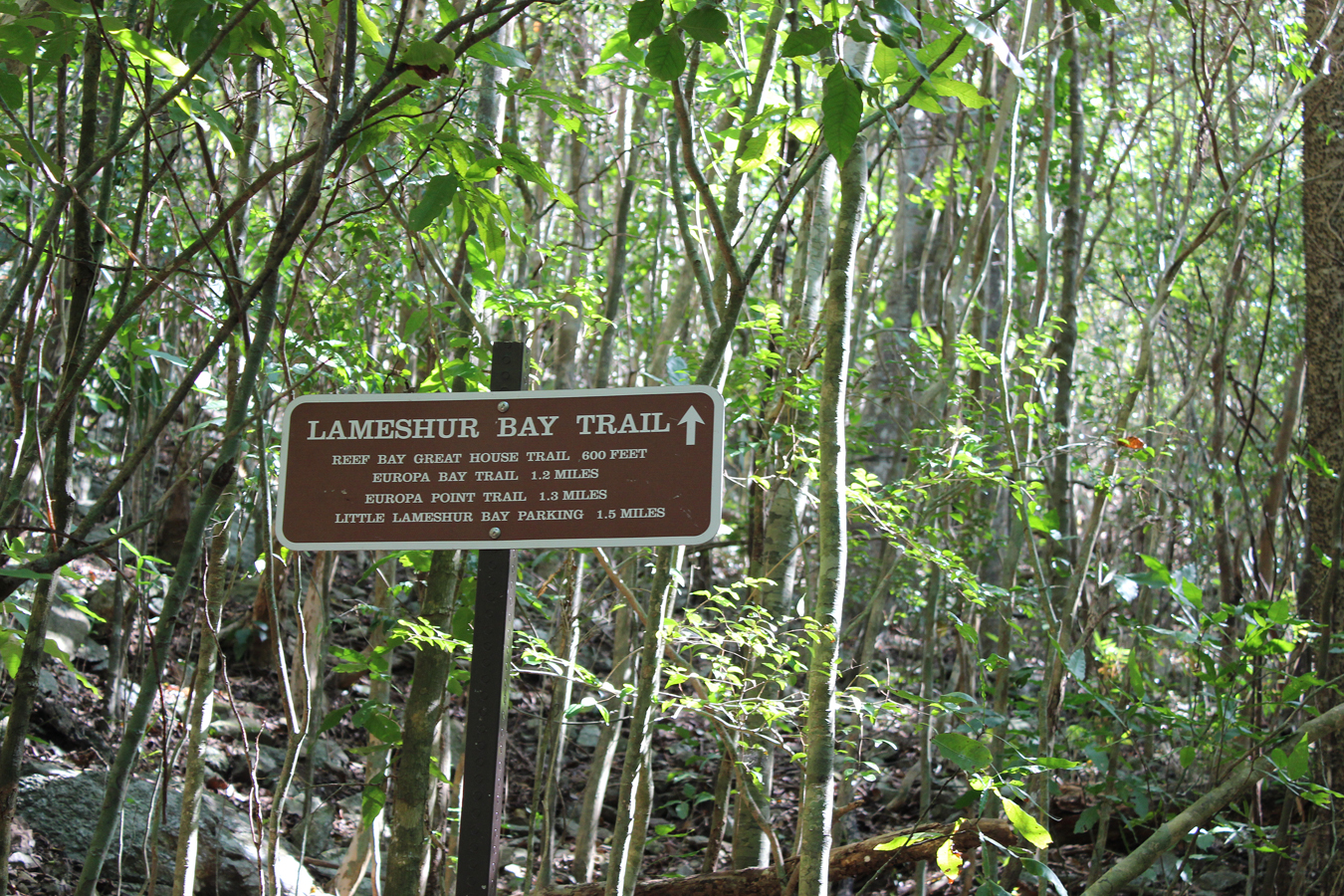 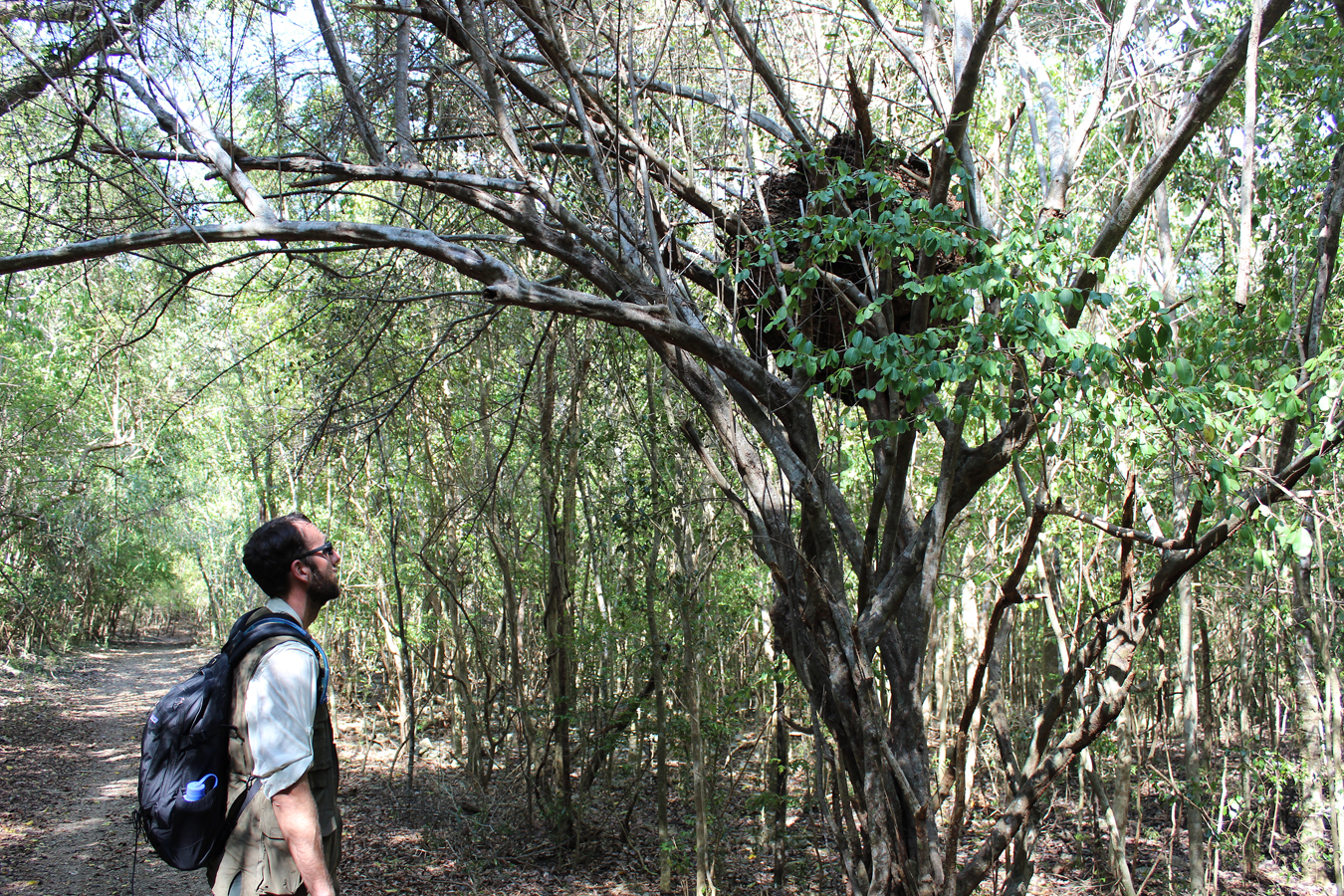 Back on the level area near Lameshur Bay, Adam stops to inspect a large termite nest.

Near the end of the trail was a huge Tamarind tree that had been split in two by lightning. Both sides were still alive despite the significant charring the interior of the tree endured. 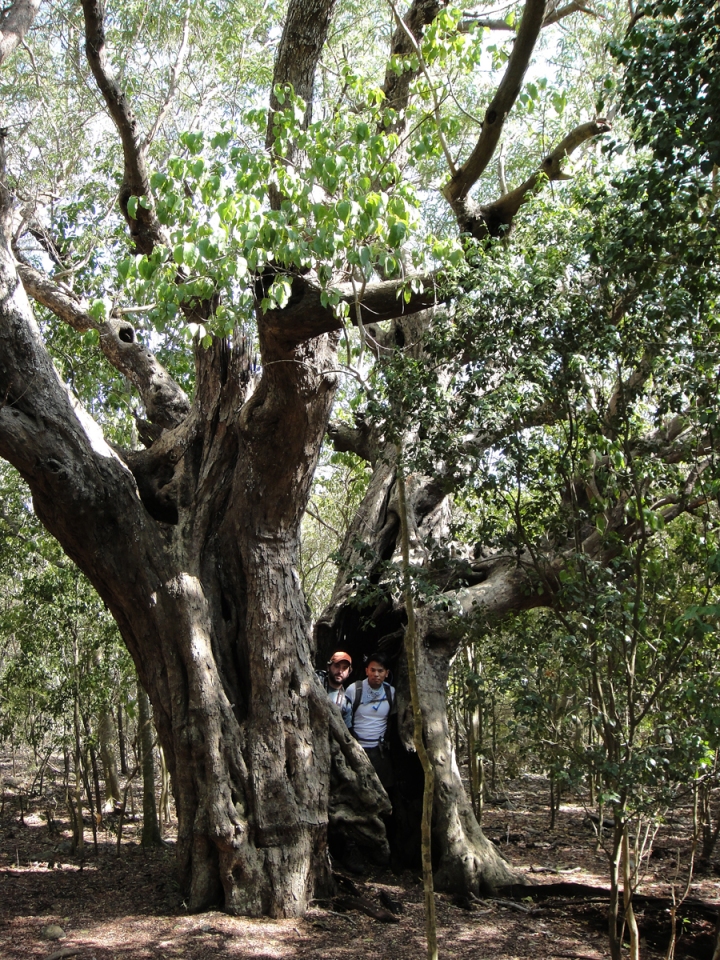 Tired, but satisfied with our hike, we climbed into the Jeep and began the bumpy drive back to Concordia. There were many more cars at the trailhead parking area, and even more along each side of the narrow road immediately adjacent to the Lameshur Bay Beach. We got a different vibe from the people we drove past at this beach than at the other beaches. It was hard to put our finger on it. They seemed a bit more oblivious to their surroundings, a bit more in each other’s way. Perhaps the feeling was best embodied by the shirtless dude we’d seen as we drove past the beach that morning. He’d just gotten out of his car, and he was using exercise straps to do some bicep curls. We decided that this was “Douchebag Beach.”

But we drove on, eager to get home to jump in the sea at Salt Pond Bay.