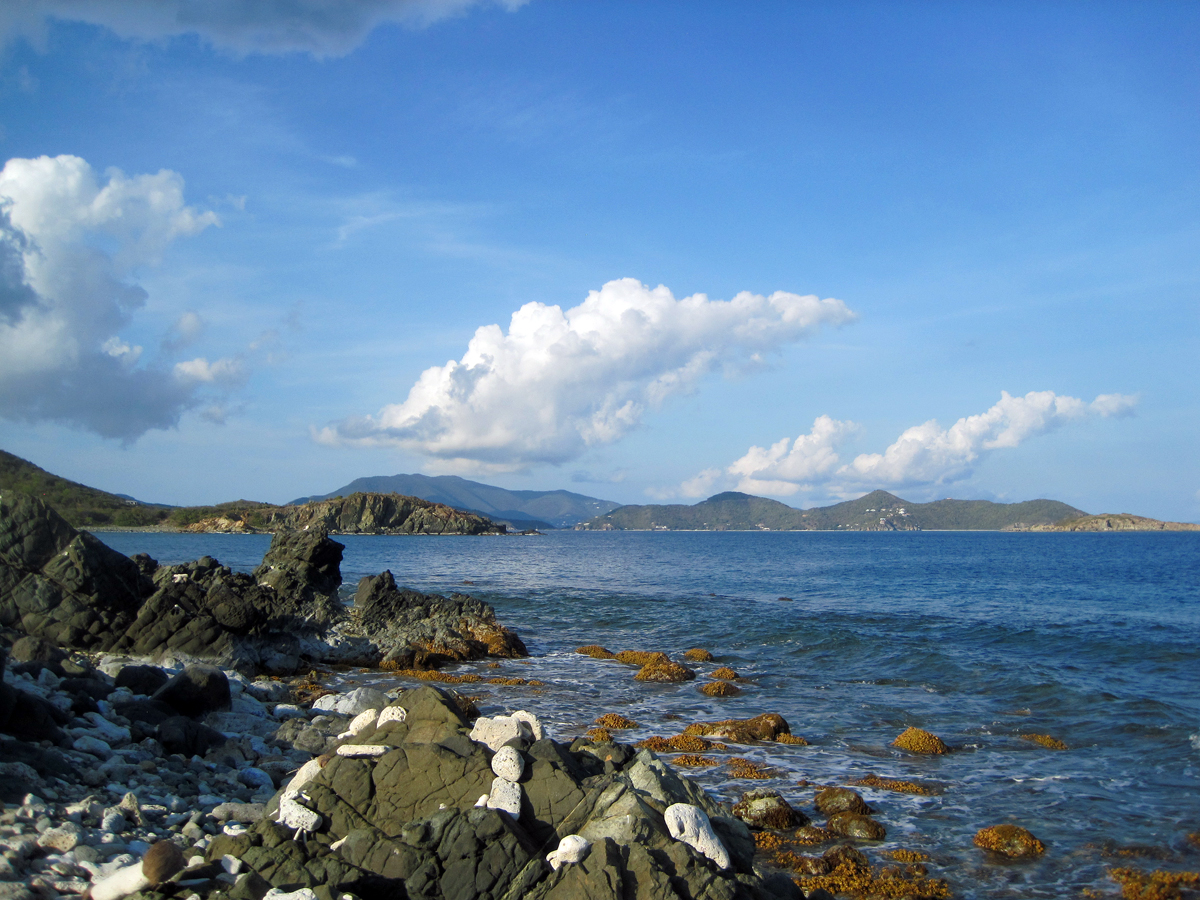 After touring Cinnamon Bay, we continued along North Shore Road, stopping to take in the iconic view above Trunk Bay, and on into Cruz Bay.

Our first stop was the visitor center. Sean and I stamped our National Park passports, and we all did some shopping. I had a long chat with a friendly and knowledgeable volunteer, Sherine, who made sure I had every pamphlet and map available. We inquired about the ranger-led Reef Bay hike, but we had to purchase tickets at the Friends of the Park shop down the street. The staff also recommended a place to get lunch.

Our next stop was the Friends of the Park store, where we learned that the guided Reef Bay hike (wherein you meet at the visitor center, are driven to the trailhead at the top of the island, descend with a ranger 937 feet in 2.4 miles, see petroglyphs, tour a sugar factory, and are picked up by boat for the return to the visitor center) was sold out until late the following week. No matter, we’d figure out a way to see that part of the park by ourselves.

We lunched at patio tables at Sun Dog Cafe. Bethany and Adam each had roti, a sort-of curried Caribbean burrito by way of southeast Asia, which Bethany had first tried when she visited Tortola. We sat around the lunch table poring over the various books and guides we’d purchased or picked up. Histories of the Caribbean, guides to the birds of the West Indies, a history of rum complete with drink recipes.

After lunch, we stopped again at Starfish Market to get more groceries, including supplies to make hamburgers for dinner. Then we took Centerline Road along the spine of the island back to Concordia.

We decided to go for a late afternoon swim at Salt Pond Bay, where Adam took the underwater case for his iPhone for a test run. 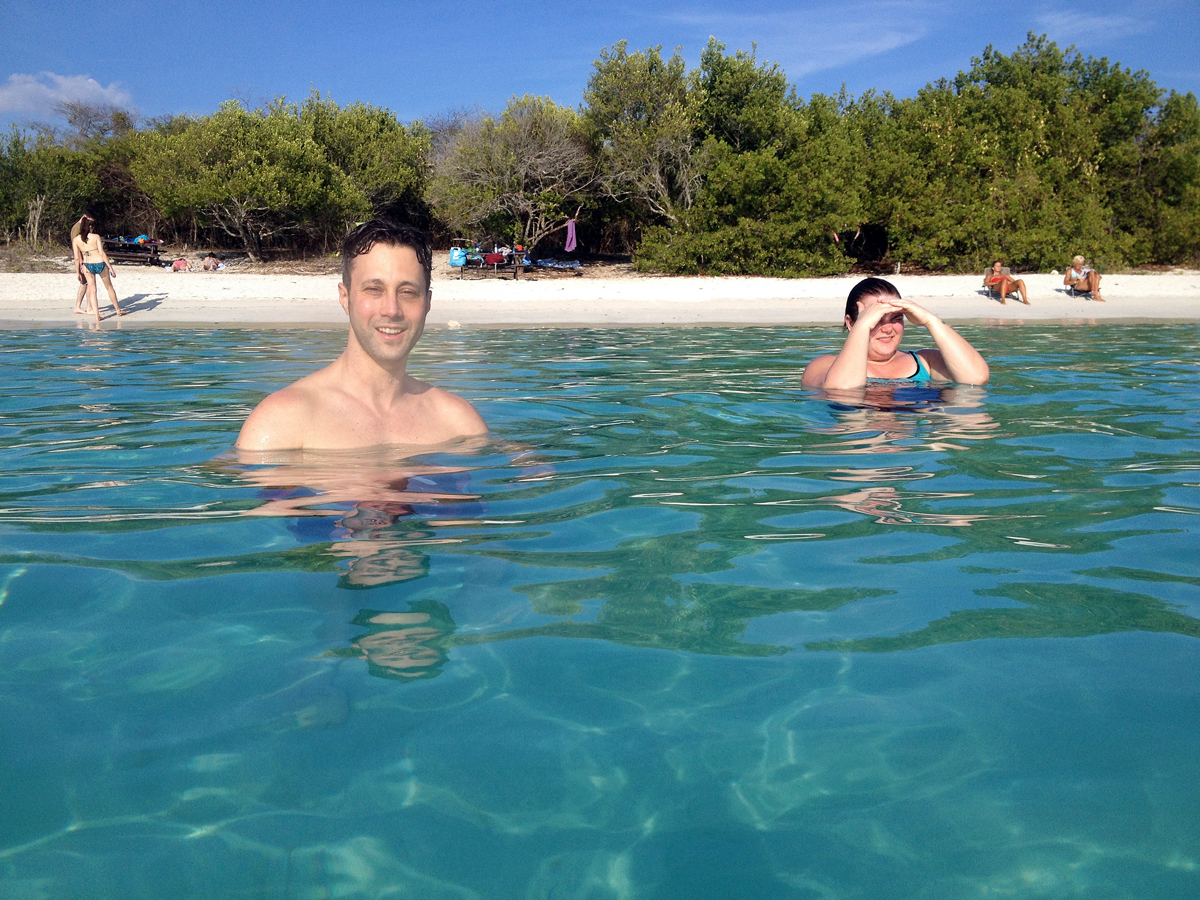 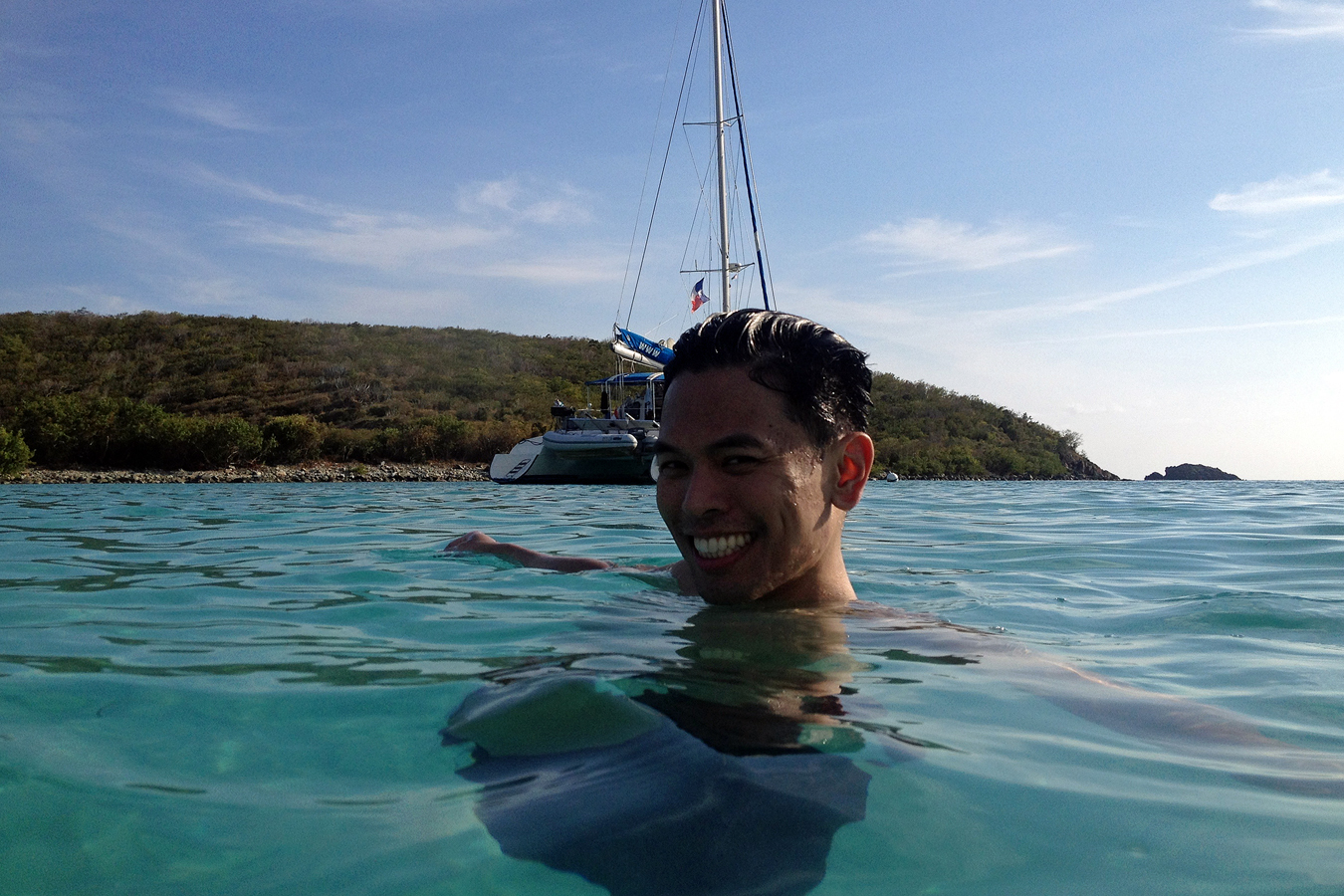 Salt Pond Bay (see map) is located on the western side of a peninsula that comprises the southeastern tip of St. John. Across the peninsula is Drunk Bay, a cobblestone beach where the surf and currents are too strong for swimming. Between them is the salt pond, brackish water in a basin filled during storms by sea water from Drunk Bay. A haven both for insects and their larvae and also the shorebirds that feed on them. A short path along the north side of the pond connects the two bays. Sean and I decided to have a look.

The view up to Concordia from the salt pond.

We were greeted with a surprise  when we reached Drunk Bay. Someone, or any number of someones, had arranged bleached coral into human figures of all shapes and sizes. Dozens upon dozens of them. 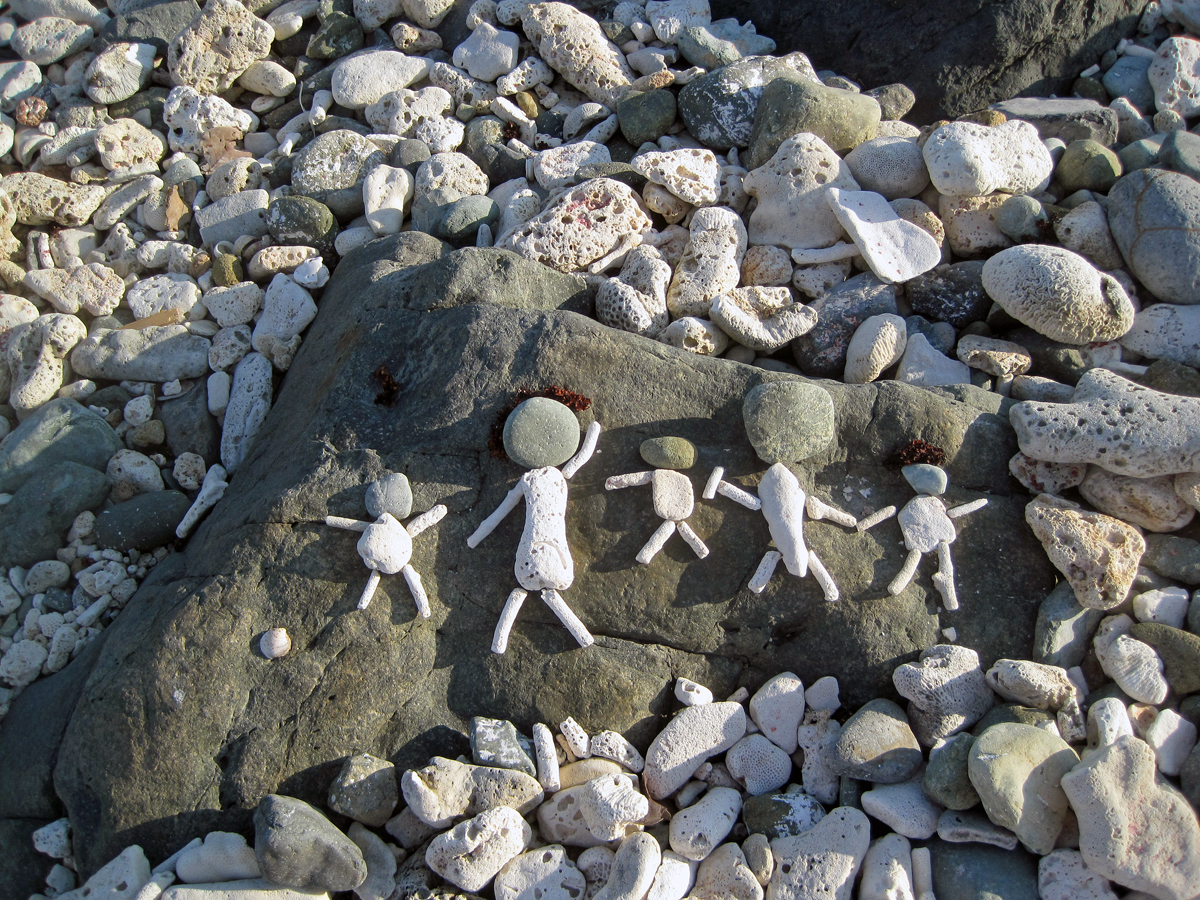 It was simultaneously whimsical and vaguely foreboding. Although Adam and Phil didn’t walk over to Drunk Bay that evening, they would check it out a few days later, when Adam would capture an interactive panorama of the site.

We returned to Salt Pond Bay, where the sun was fast setting.

Once the sun set, we returned to our eco-tent. Bethany, who only likes to cook while camping, made tasty hamburgers and a nice salad. Adam experimented with fancy rum drinks, and I reconfirmed that I just simply can’t drink rum.

We spent the rest of the evening looking at Bethany’s photos from her recent trip to Ghent and Brussels. After the others went to bed, Adam and I wandered up to the overlook above Concordia to look at the stars.