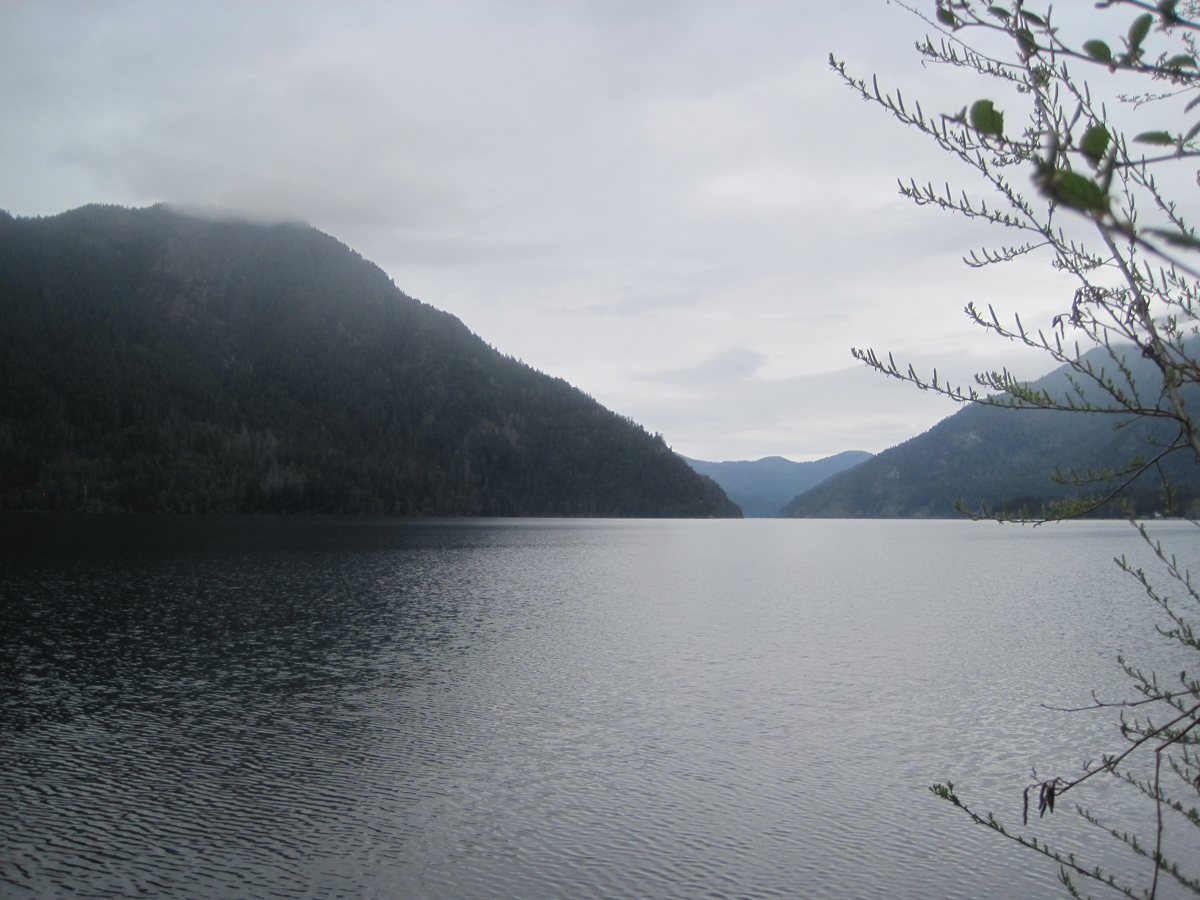 Lake Crescent in the northern Olympics formed when a glacier-carved valley, whose river drained into the Elwha River, was dammed by a natural landslide some 8,000 years ago. Although it has since been stocked with alien fish species, the lake’s Beardslee and Crescenti trout evolved over millennia into genetically distinct populations found nowhere else on earth.

Lake Crescent’s official depth is 624 feet, but there are parts that are almost certainly deeper than 1,000 feet.

Highway 101 follows the southern shore of the lake, which allowed us to stop for a brief visit. 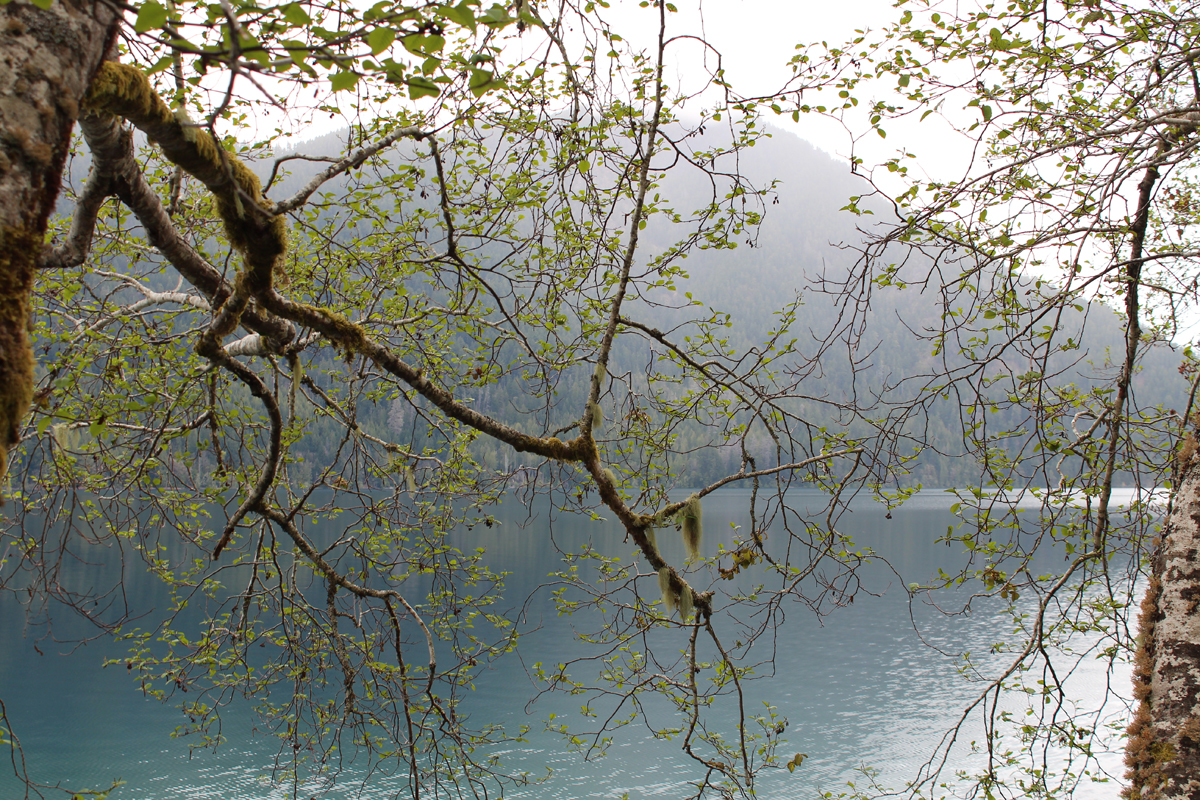 After leaving Lake Crescent, we were rewarded with a few glimpses, through the heavy clouds, of Mount Storm King and other snowy peaks as we descended toward Port Angeles. We were also treated to vistas across the Strait of Juan de Fuca to Canada’s Vancouver Island.

An hour and a half after gassing up in Port Angeles we were boarding the Bainbridge Island Ferry across Puget Sound. 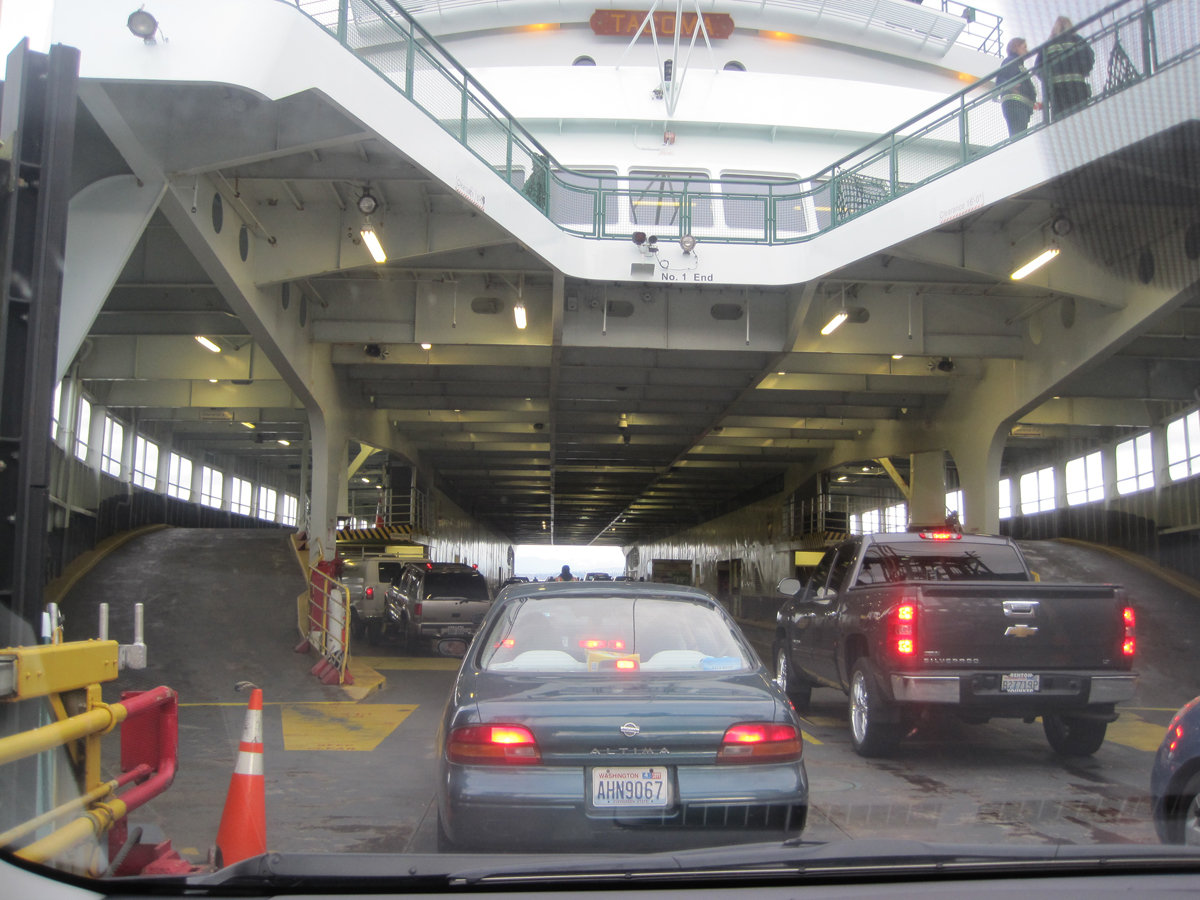 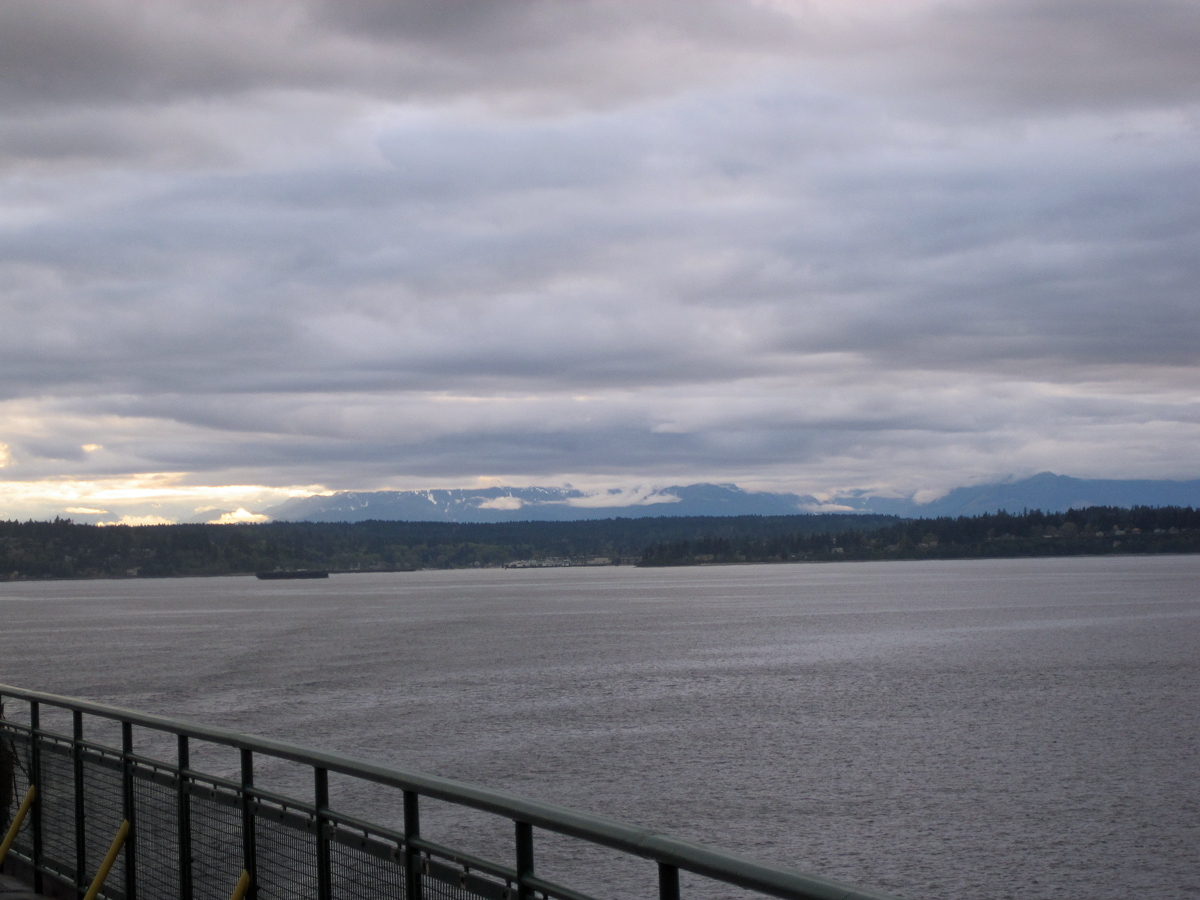 The Olympic Mountains, under heavy cloud cover, recede behind us. 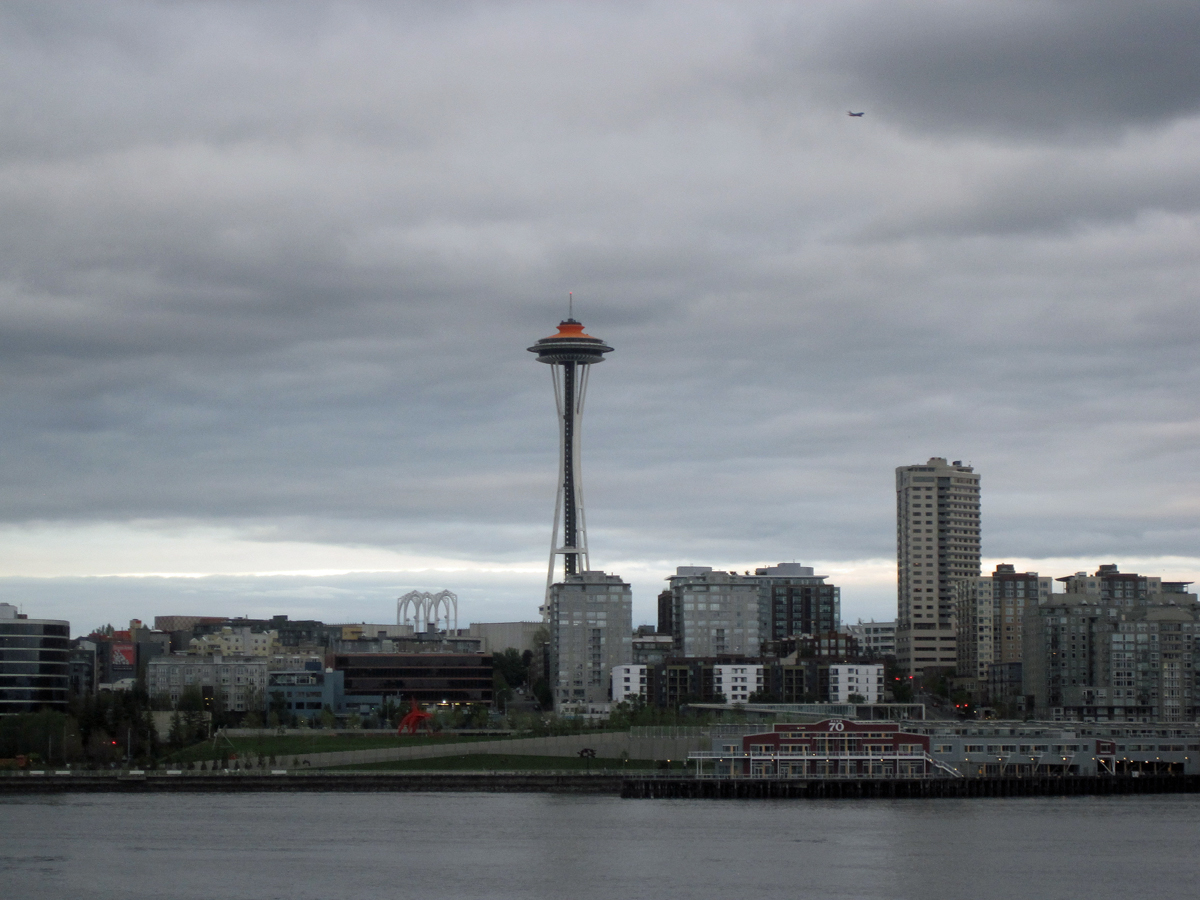 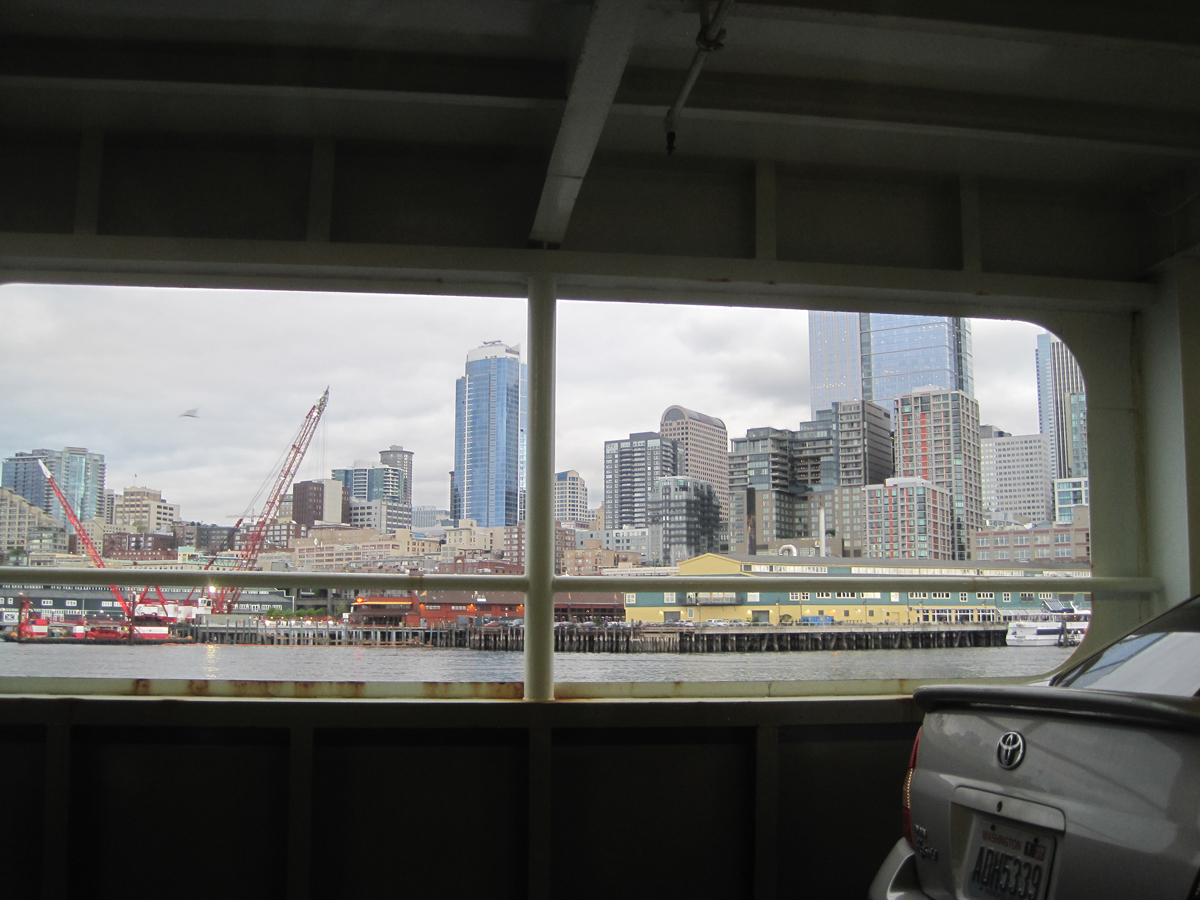 Our final view of the the Olympic Peninsula came a couple days later from the top of the Space Needle.