McNulty’s adoration of the Olympics is apparent, and through his descriptions and explanations I feel that I’m getting a fuller sense of the park, although I still don’t quite know what to expect. The problem with reading a book as thorough and delightfully written as McNulty’s, though, is that it makes me want to spend at least a couple of months exploring Olympic, but that’s just not possible.

I’m cramming in my readings on Olympic before we leave next week, having devoted much of the past couple months to Edmund Morris’ epic biography of Theodore Roosevelt. I’d been curious about it for over a year, particularly since a friend’s mother recommended the first volume to me at a party, but also because I wanted to know more about Roosevelt the conservationist and Roosevelt the trust-buster, considering the current state of our politics. I’d never expected to be so pulled into a 1900-page presidential biography, nor to learn so much. It has been a long time since I’d read something as rich in characterization or as broad and sweeping in cast of characters and frequency of events.

At some points, I was devouring 100 pages a day. 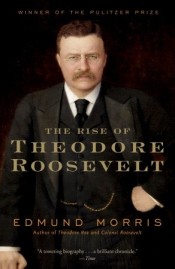 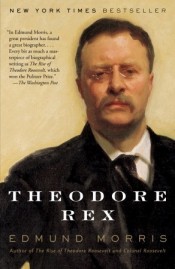 The Antiquities Act, Roosevelt’s meeting John Muir in Yosemite, his relationship with conservationist Gifford Pinchot, and other National Park-related episodes are recounted with fuller detail elsewhere. But it was particularly fun to read about episodes like his sweeping executive order creating a couple dozen national monuments and forests, including Mount Olympus National Monument (the core of what would grow into the park), in the moments before he signed a lumber industry-backed bill banning the further federal acquisition of land in five northwestern states. The executive order rendered the new legislation moot, much to the fury of the industry.

The pacing and rhythm of Morris’ biography are ultimately its most impressive feature. Each individual event and issue in an over-stuffed life reverberates against all the others. Against this backdrop, Roosevelt’s early efforts at the conservation of wilderness and natural resources are all the more noteworthy.