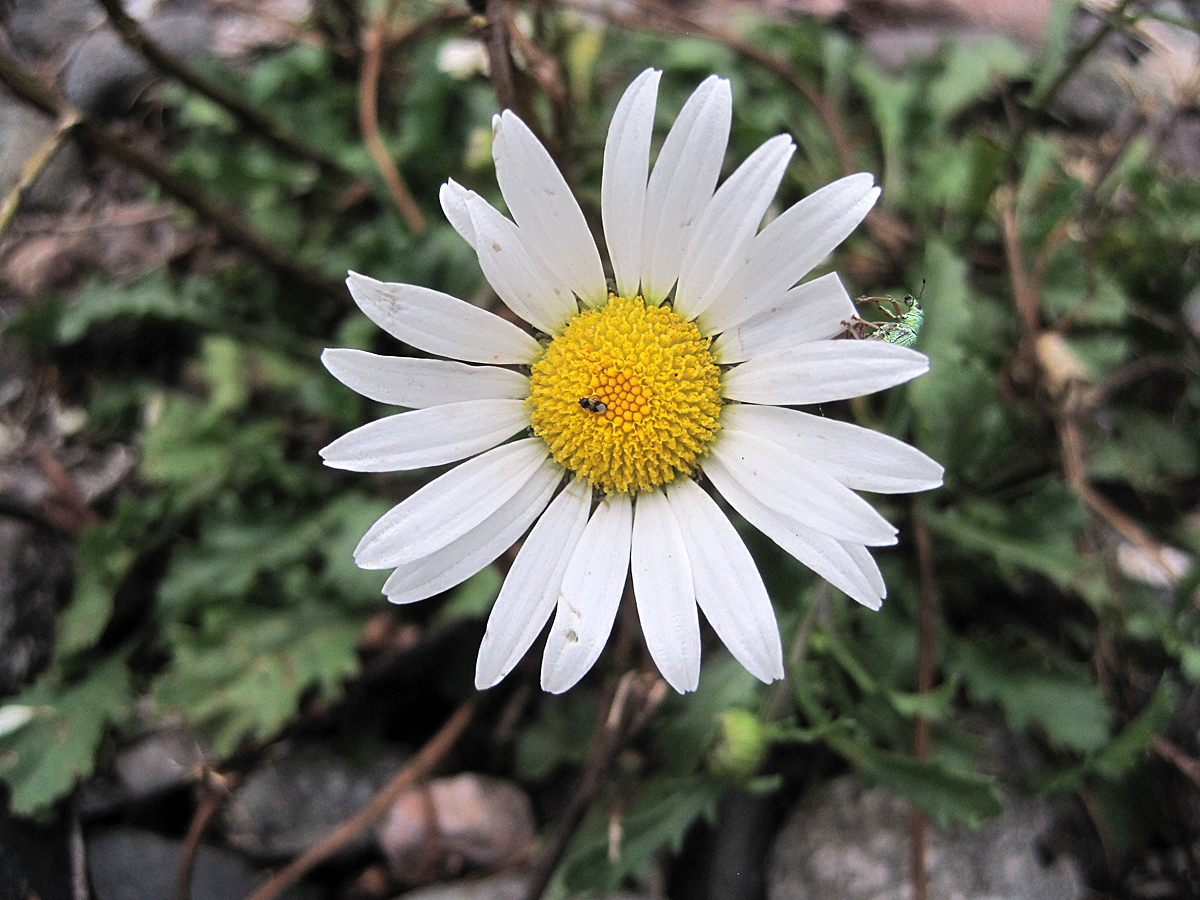 We arrived at Daisy Farm early in the afternoon, so we had our pick of camp sites. We chose a lovely secluded spot in the forest and began to set up camp. Earlier on the trail, when we decided to stop at Daisy Farm, Adam and I toyed with the idea of doing the trail to Mount Ojibway as a day hike later in the afternoon. Once we began to unpack, however, we decided simply to stay put. In fact, we unanimously decided that we’d stay two nights at Daisy Farm to give Phil time to feel better. The forecast called for a chance of rain that night, so we pulled out the rain flies for our tents. 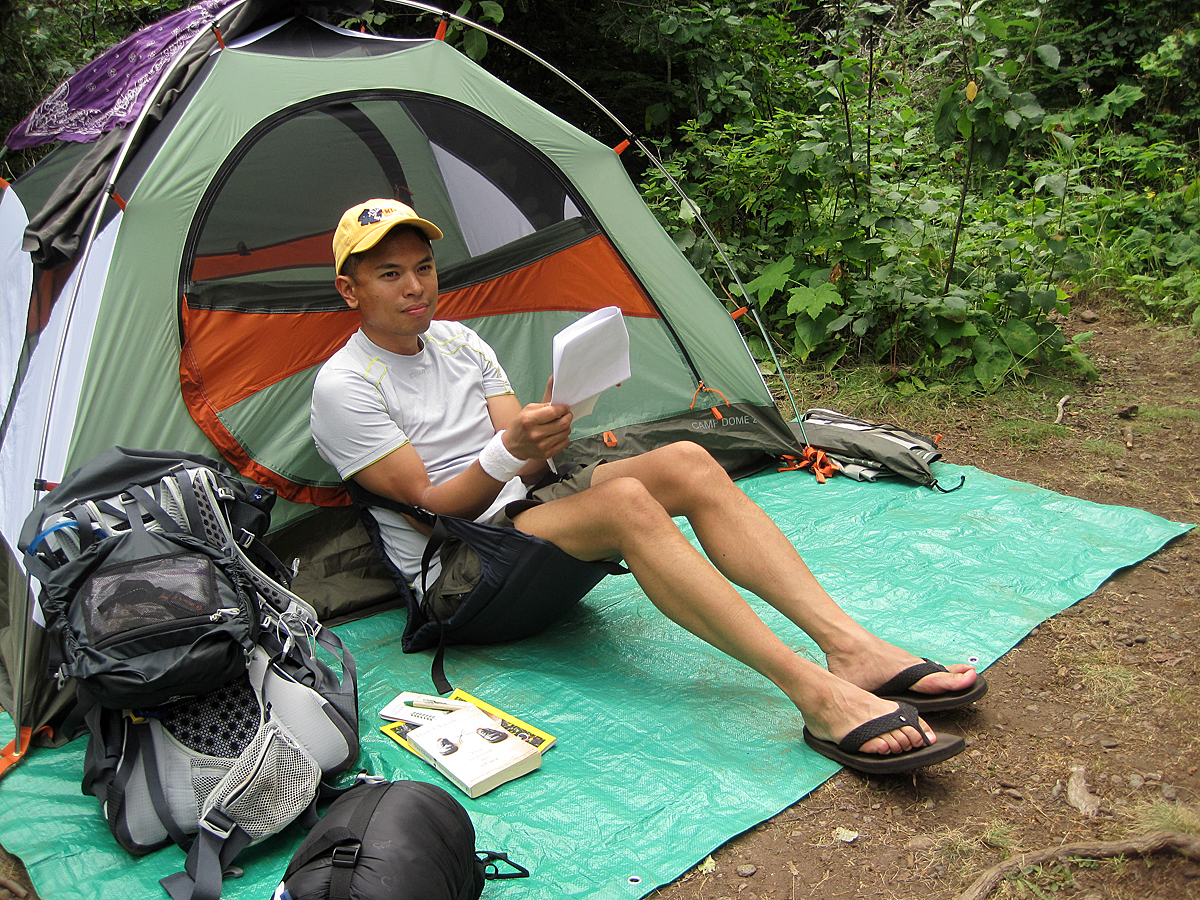 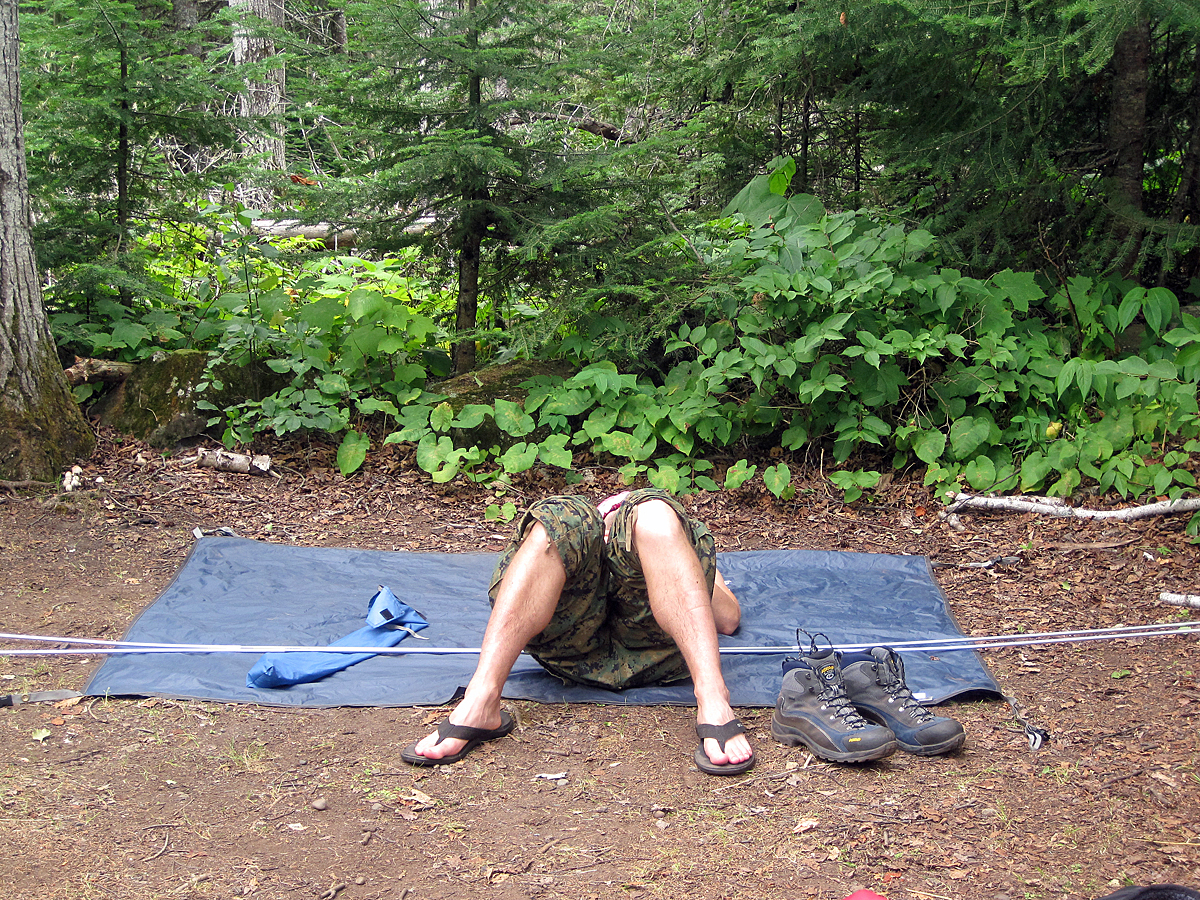 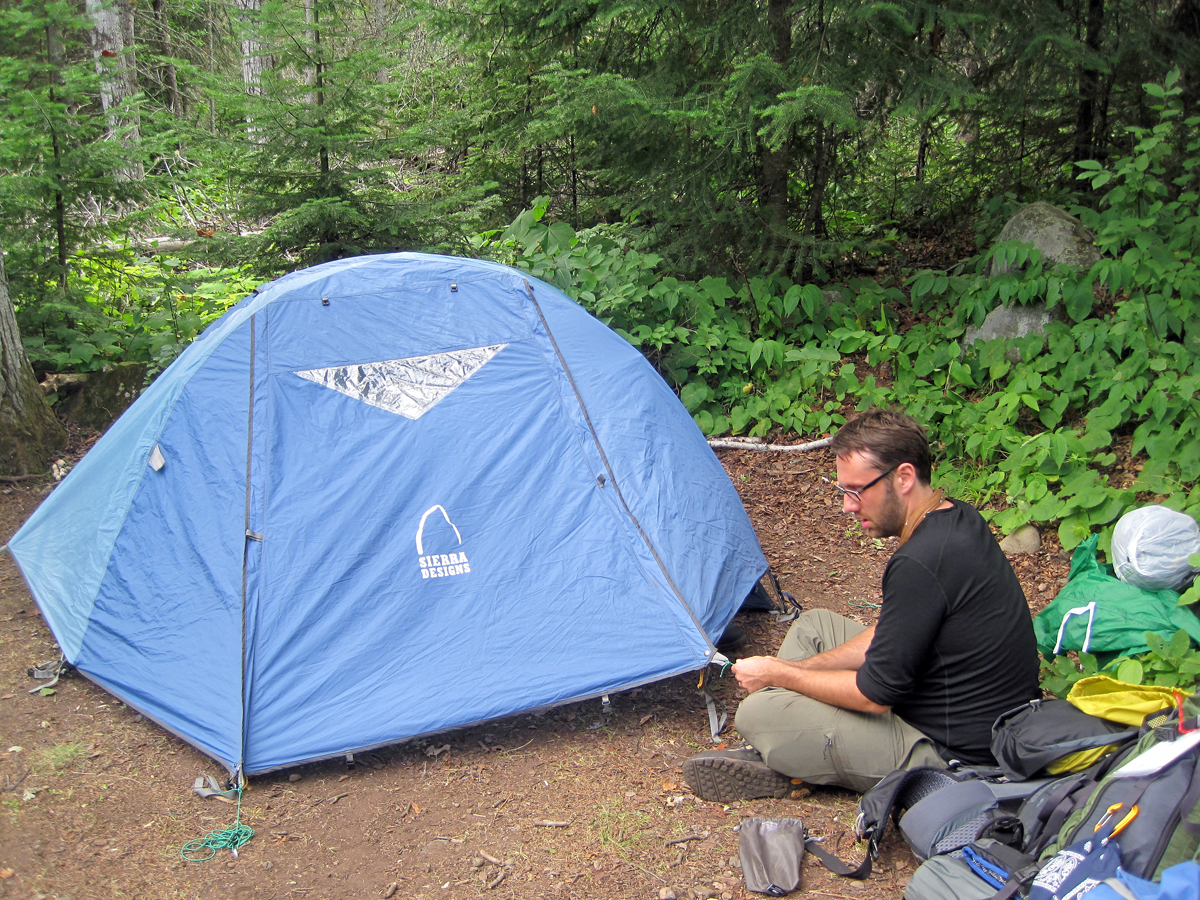 After relaxing and reading for a bit (the September copy of Harper’s Magazine that I’d brought along was popular), we decided to go and have a look at the shore and Daisy Farm’s dock. 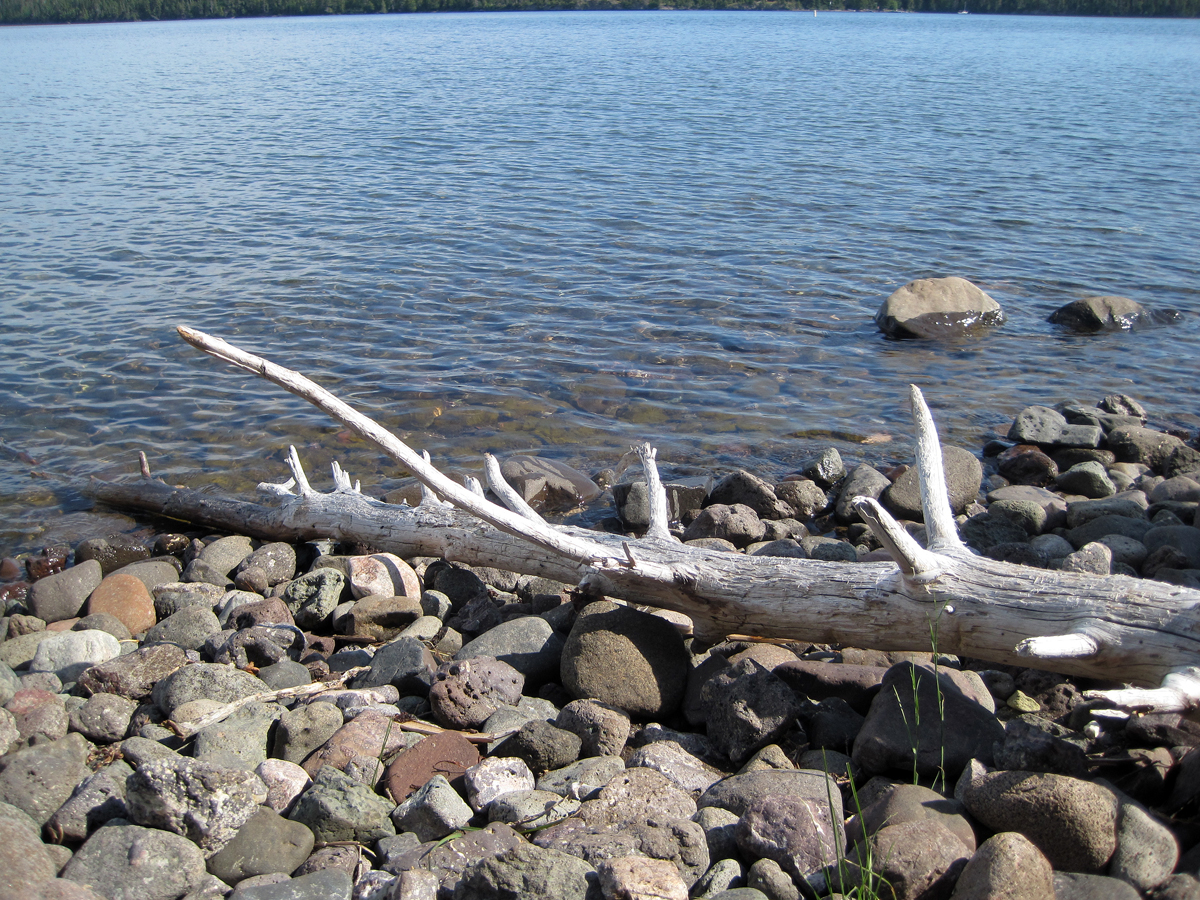 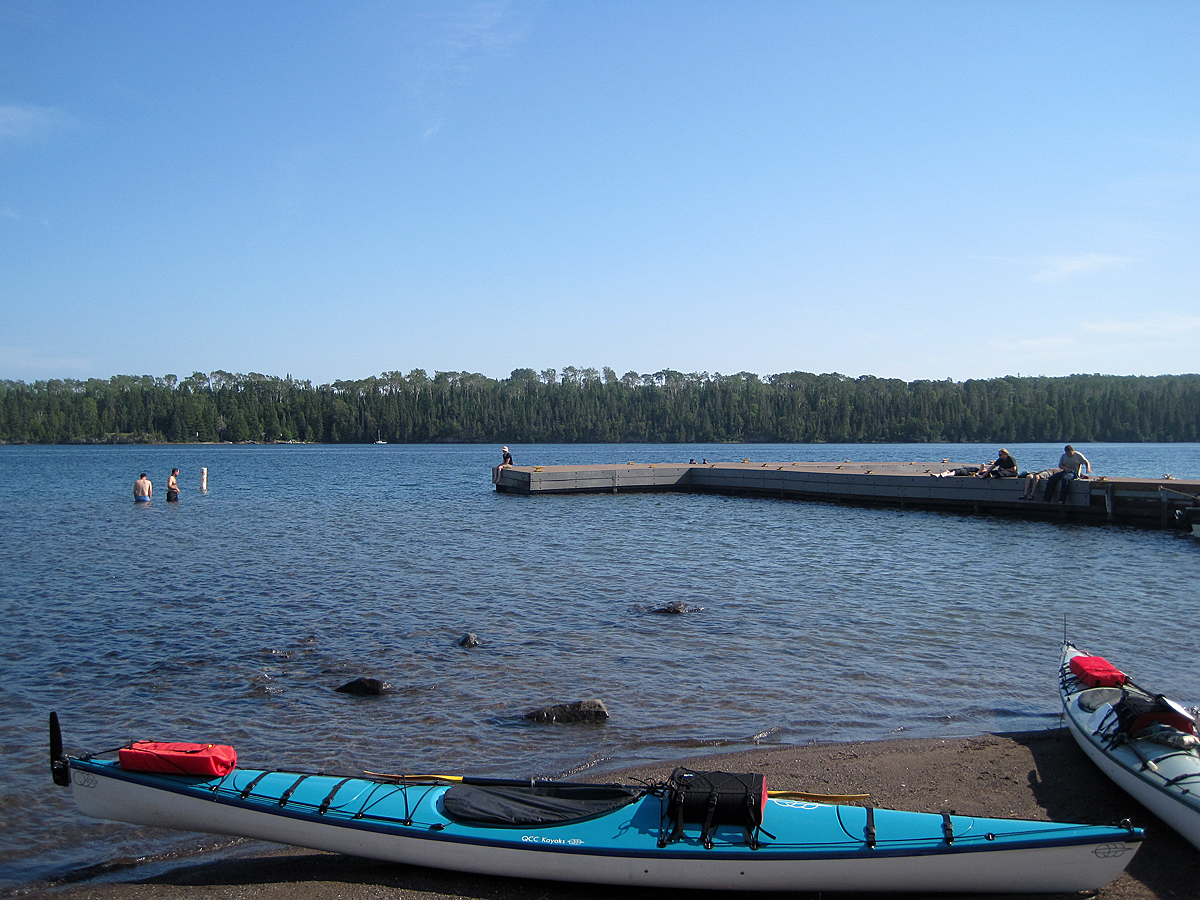 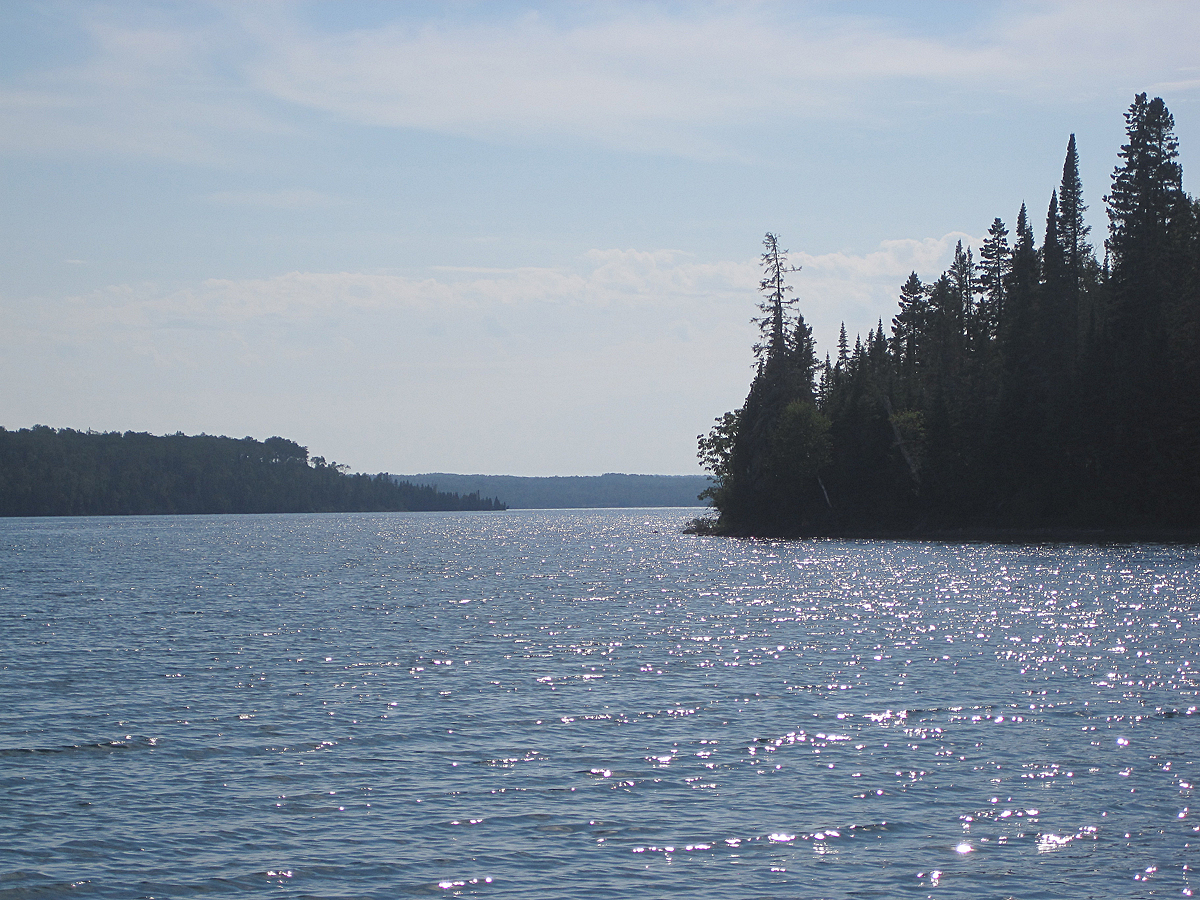 Looking southwest toward Moskey Basin from the end of Daisy Farm dock. 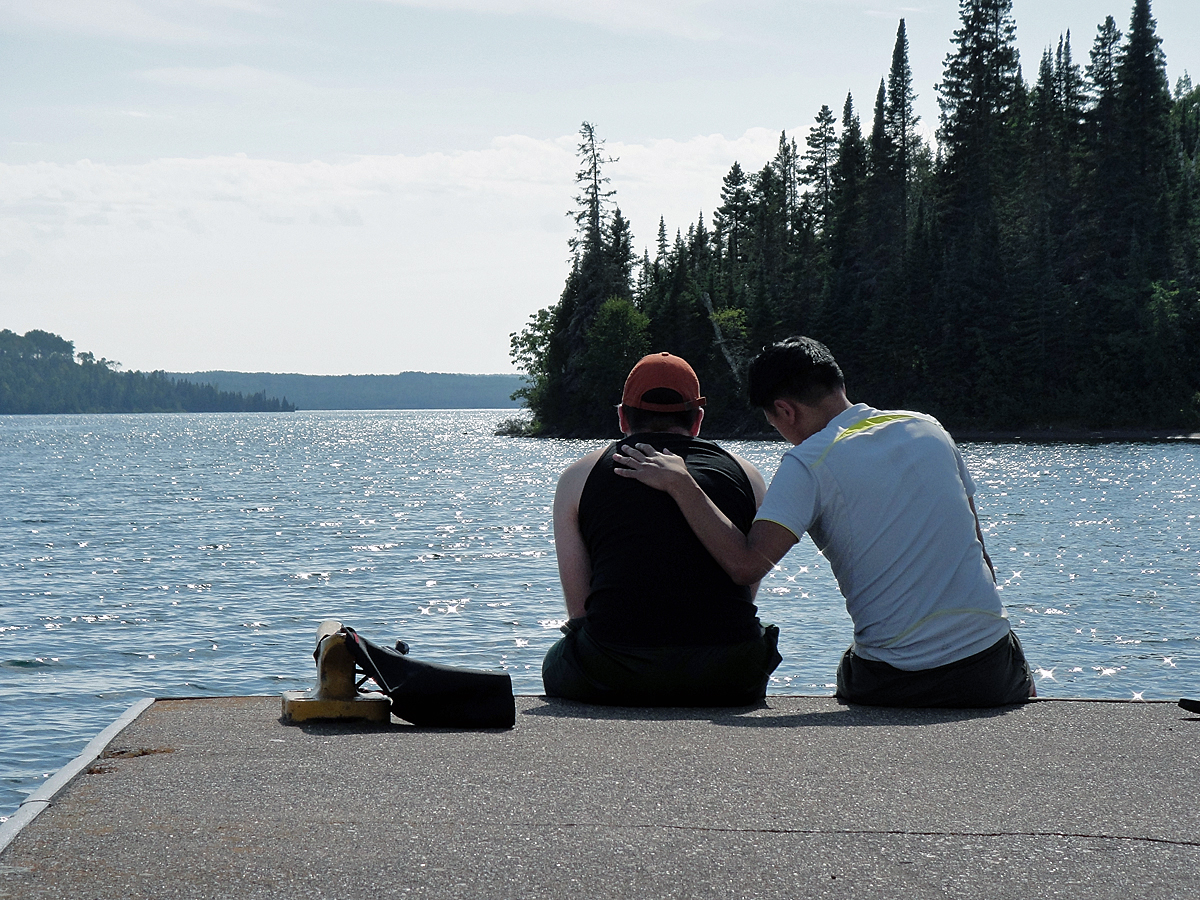 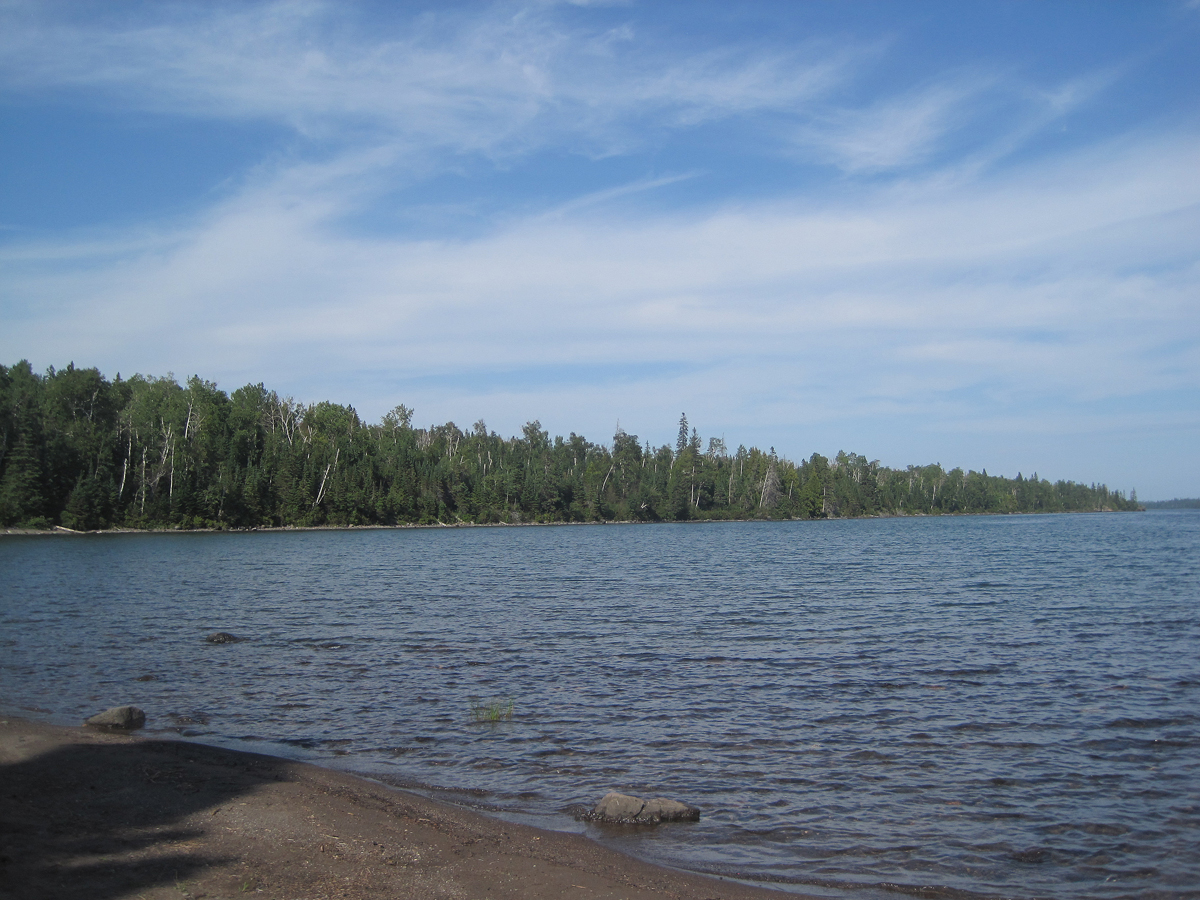 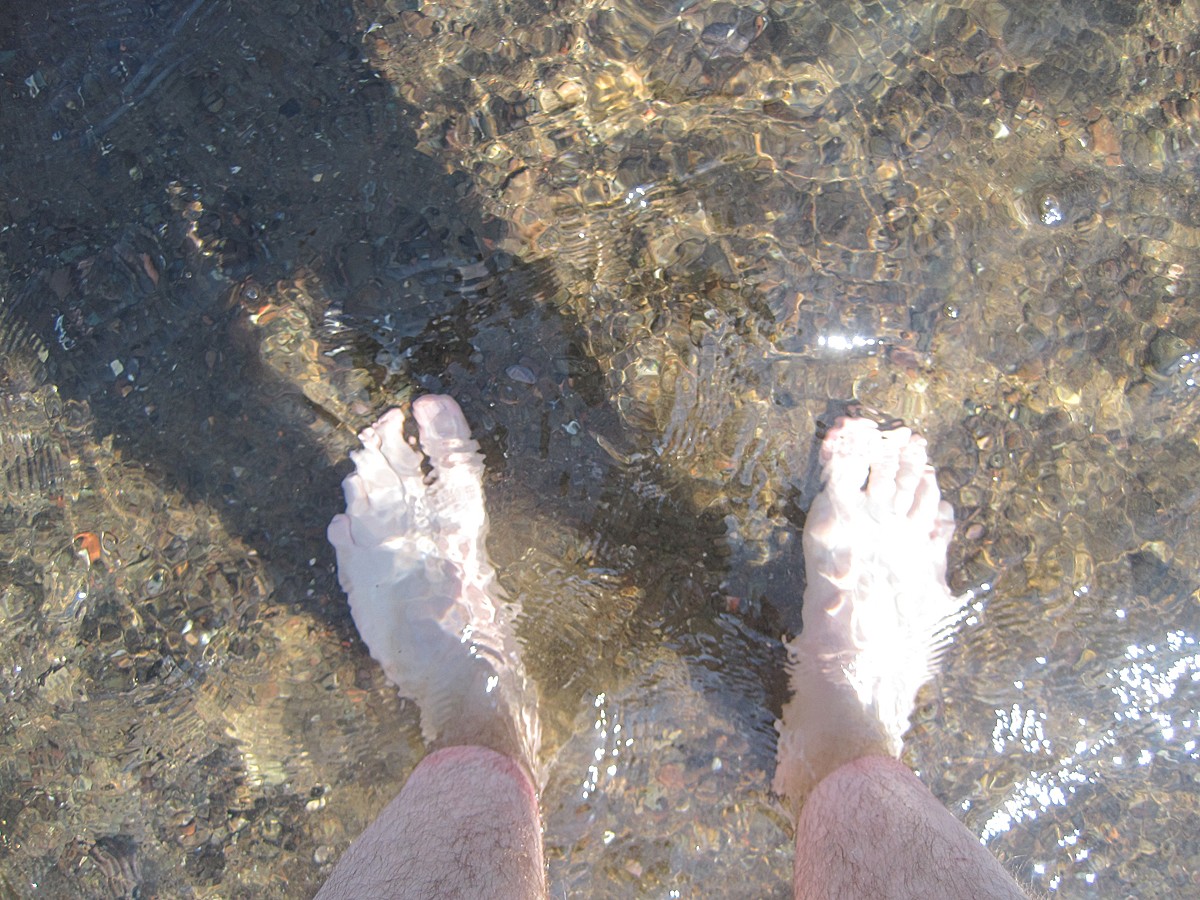 Since the forecast called for rain later in the evening, we had an early, more leisurely dinner. Dehydrated Jamaican jerk chicken and pasta with chicken and dried tomatoes…not quite as good as the chicken risotto we’d gobbled up the night before, but still tasty. 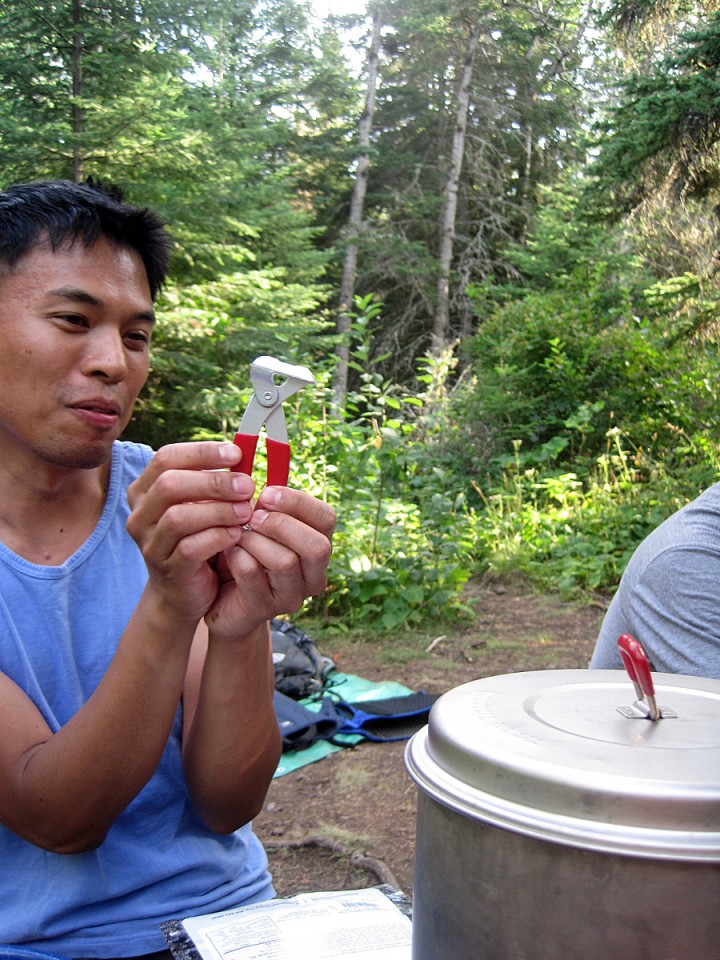 After dinner, while Phil went back down to the dock and the rest of us hung out reading and resting, a snowshoe hare ventured to the edge of camp to dine on the leaves and vines growing near the ground. 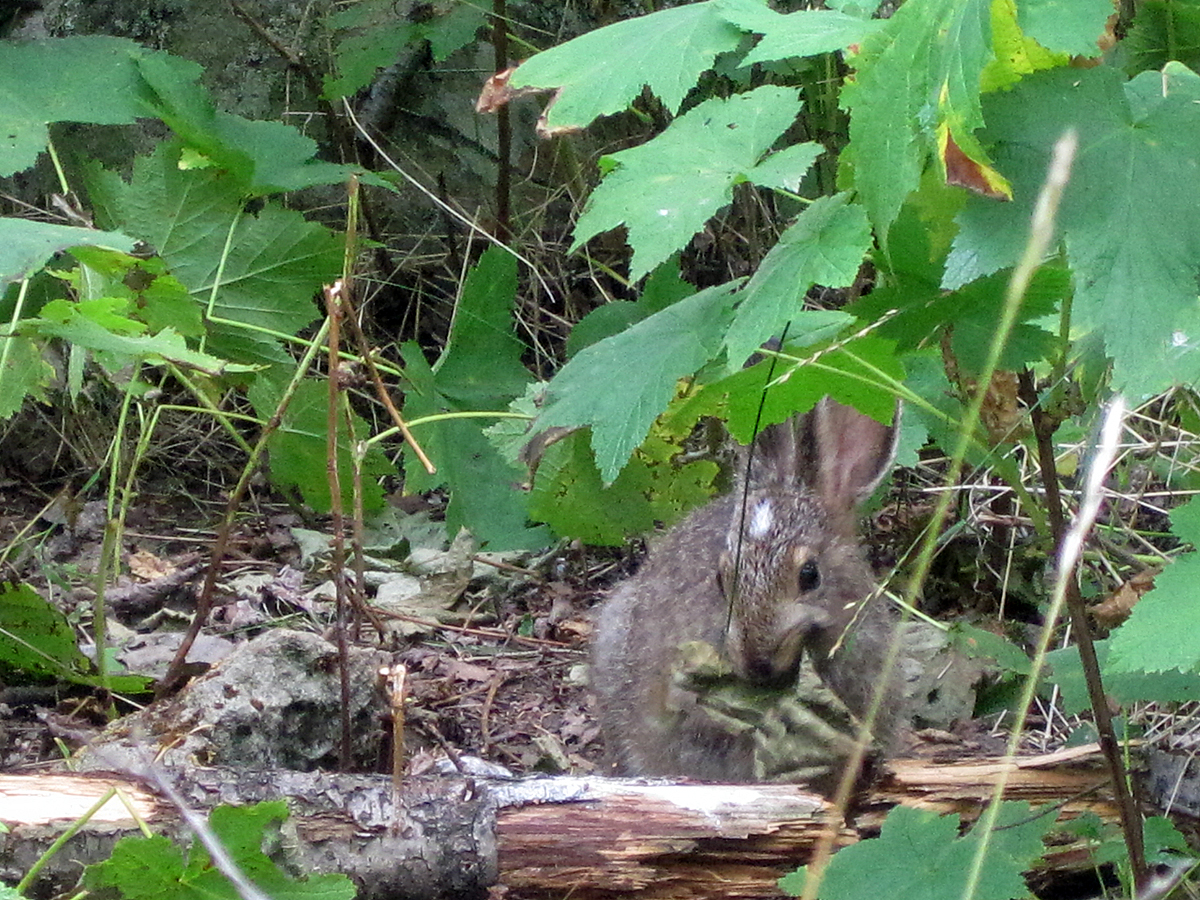 It was harassed off and on by a red squirrel. 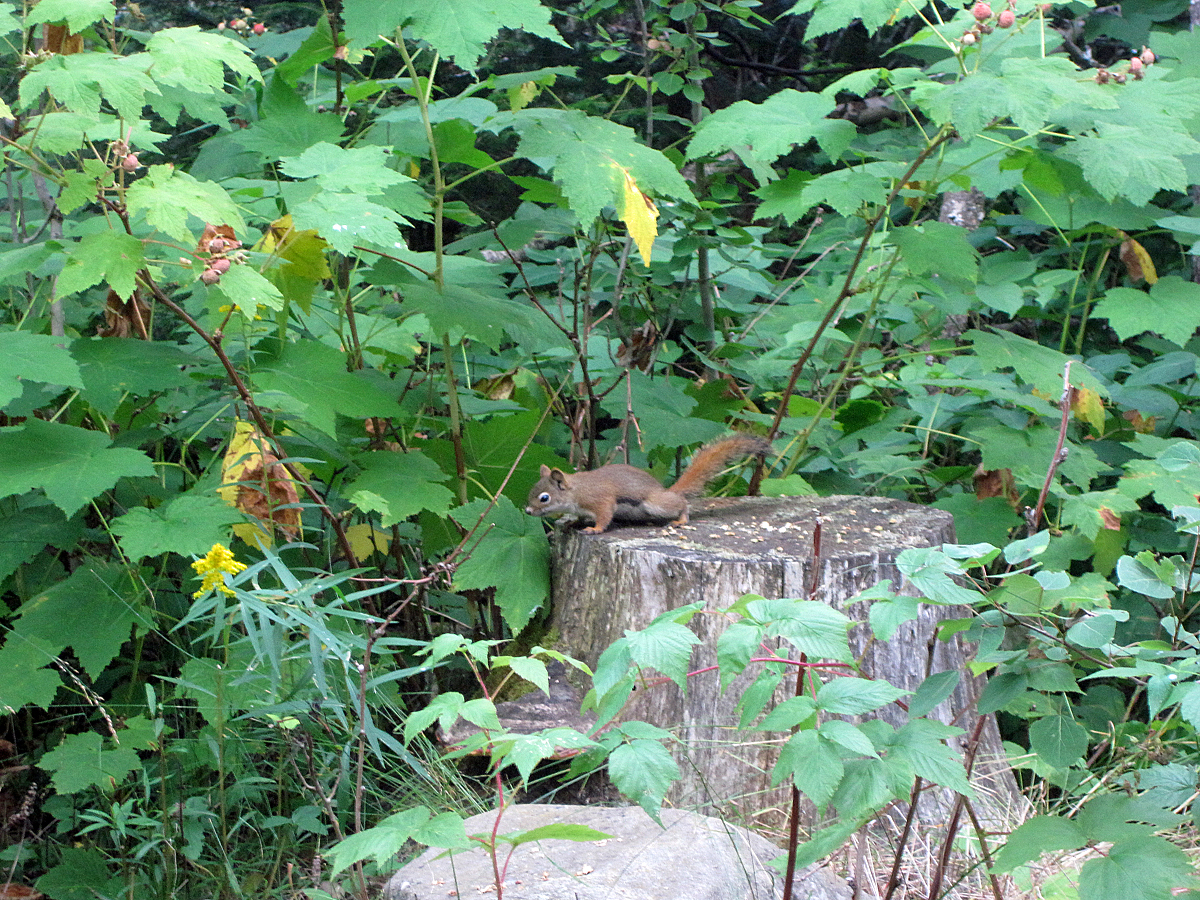 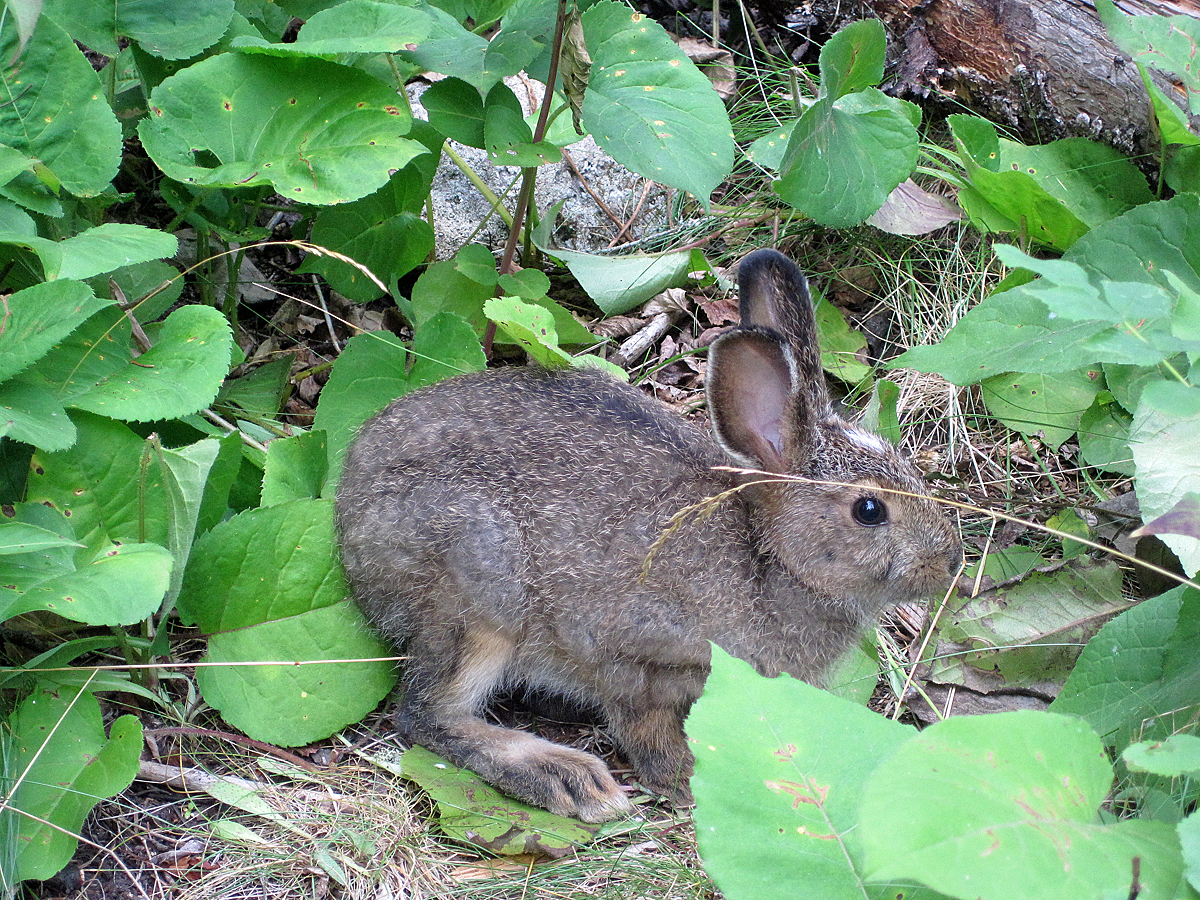 The hare got so close, I could practically have reached over and touched it from where I was quietly sitting. 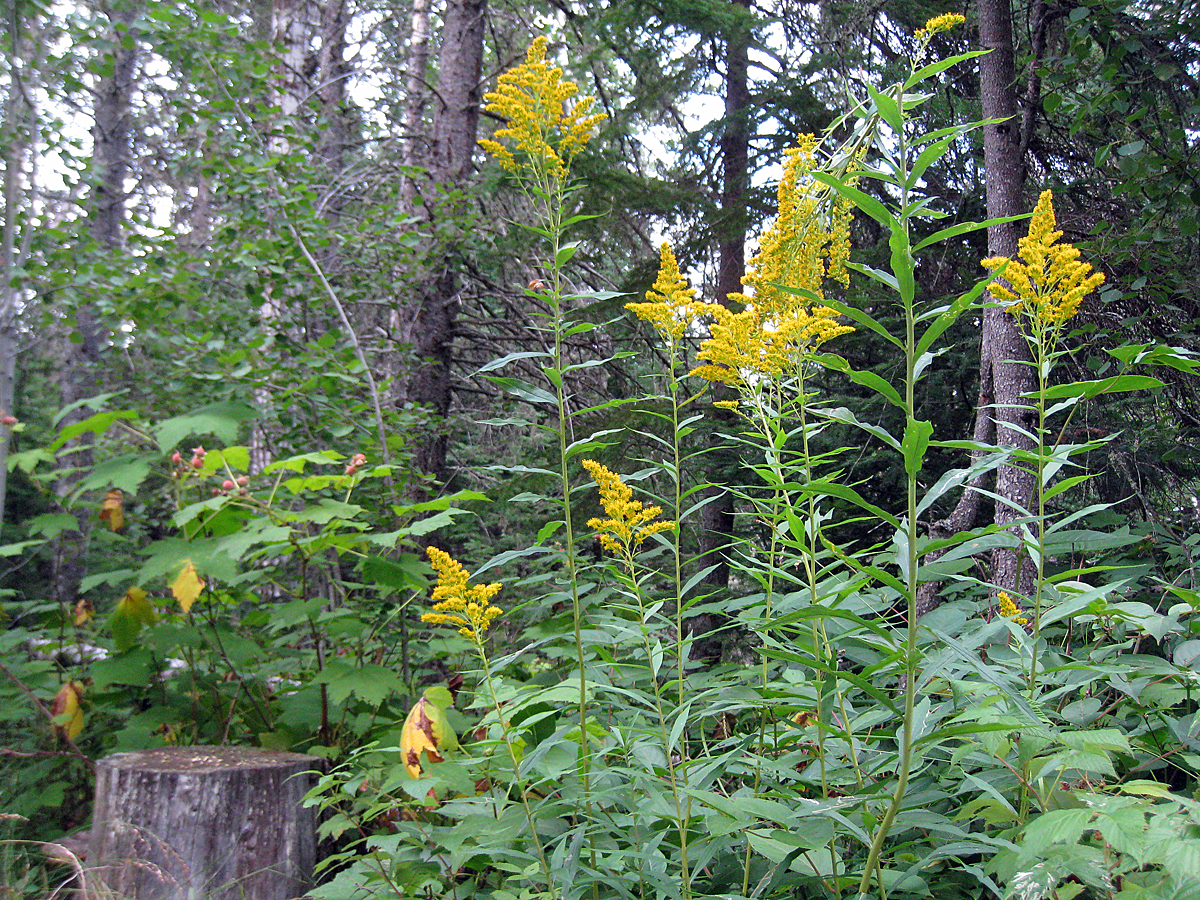 Later, as dusk approached, Sean and Adam and I went back down to the shore and explored some of the Daisy Farm Campground area (partly to look for a privy that smelled better than the ones nearest our campsite). Daisy Farm is the largest campground on Isle Royale (excluding Rock Harbor). It was the primary location of the Civilian Conservation Corps stationed on the island during the 1930s. At that time, the dock was adjacent to a large field filled with the namesake daisies. But now, the forest is fast encroaching. 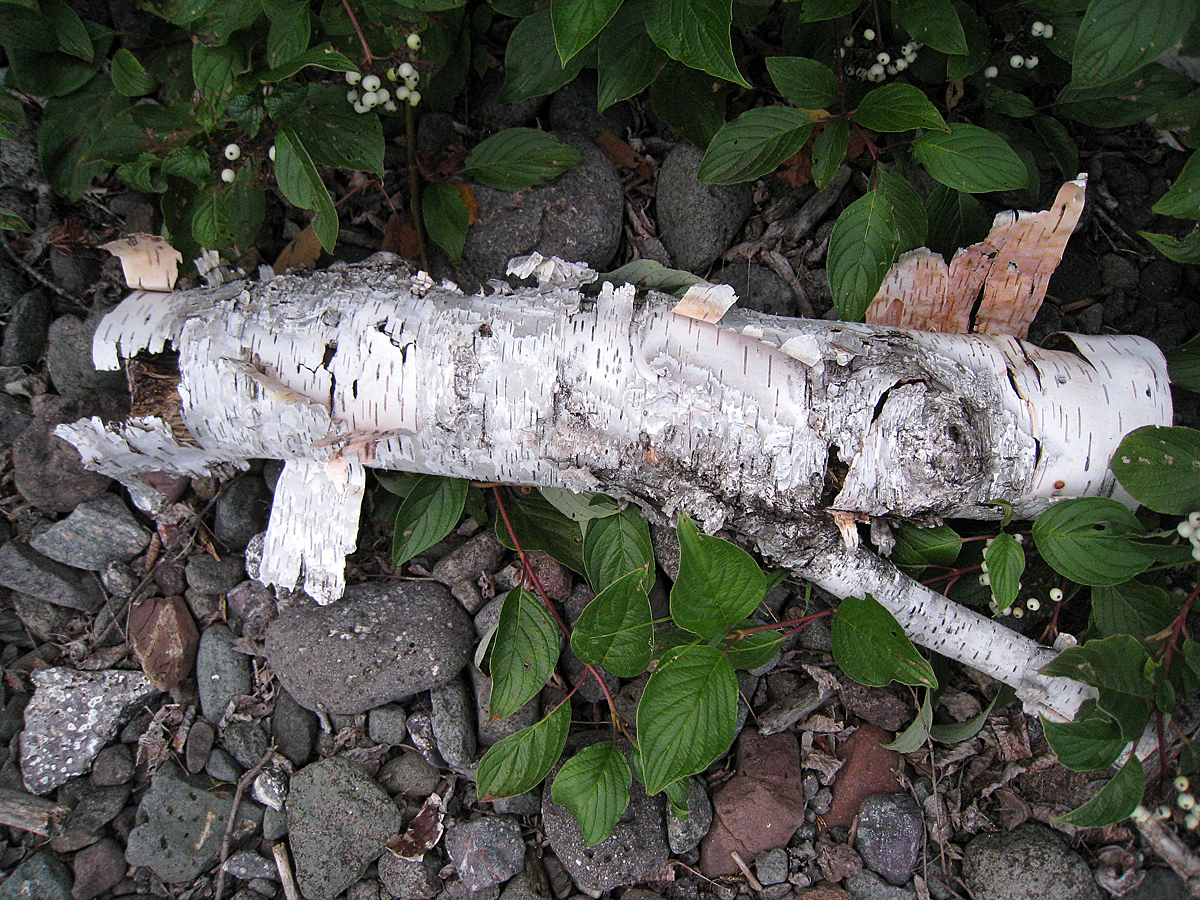 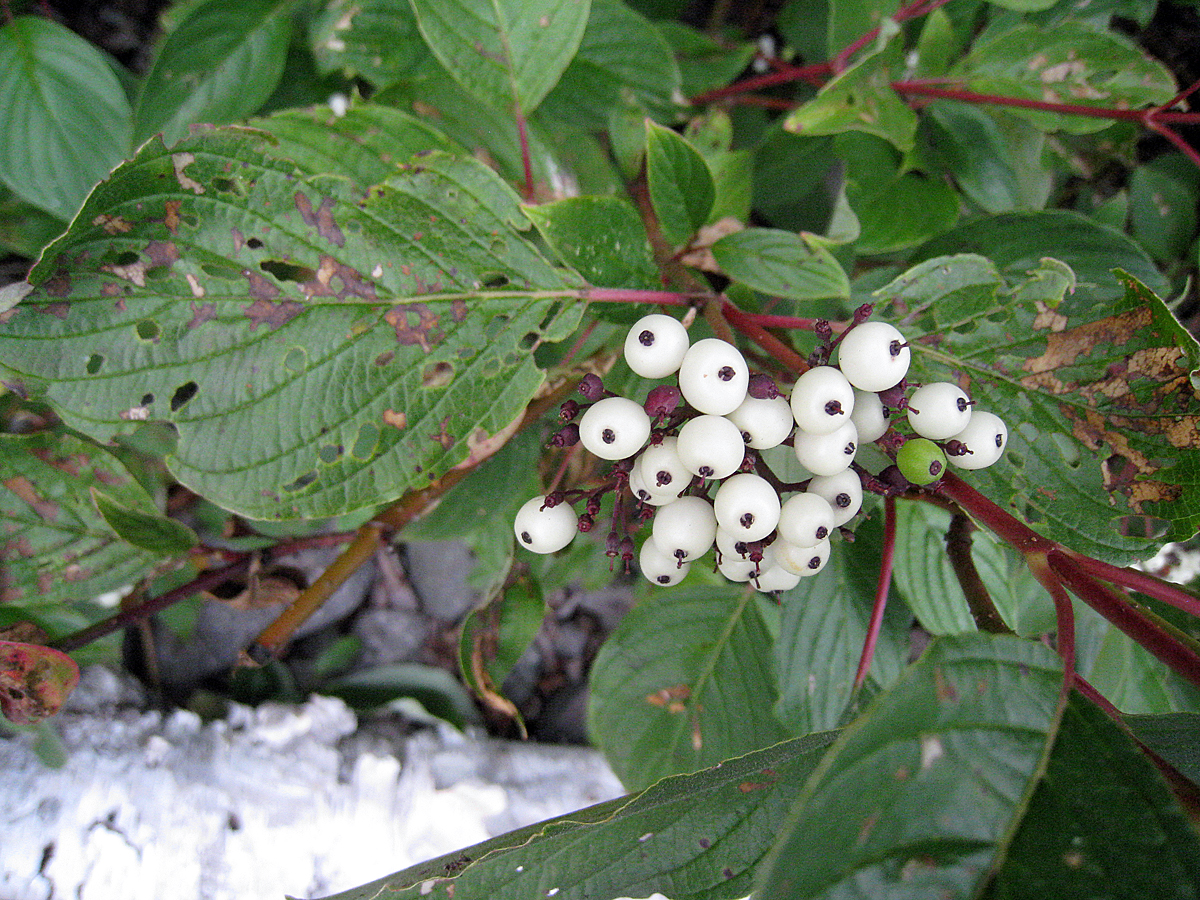 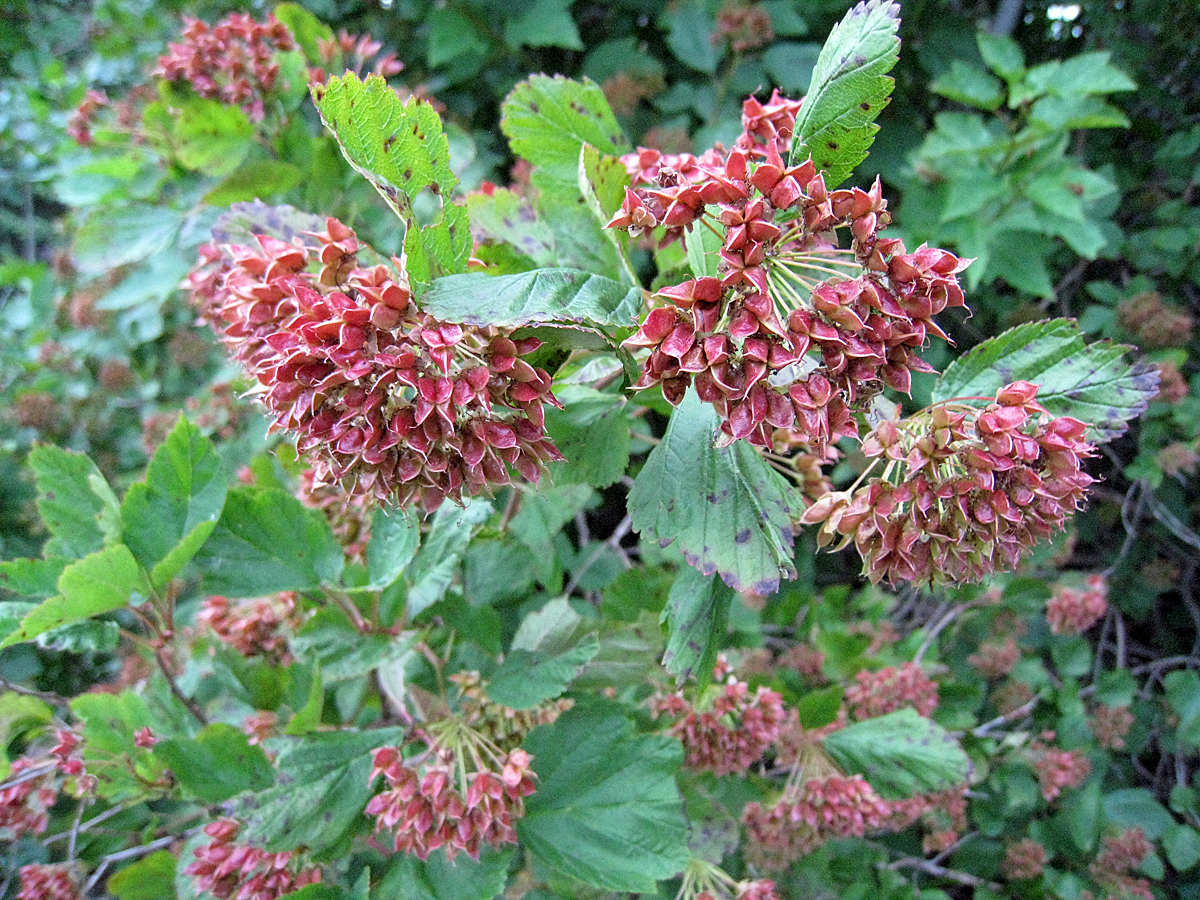 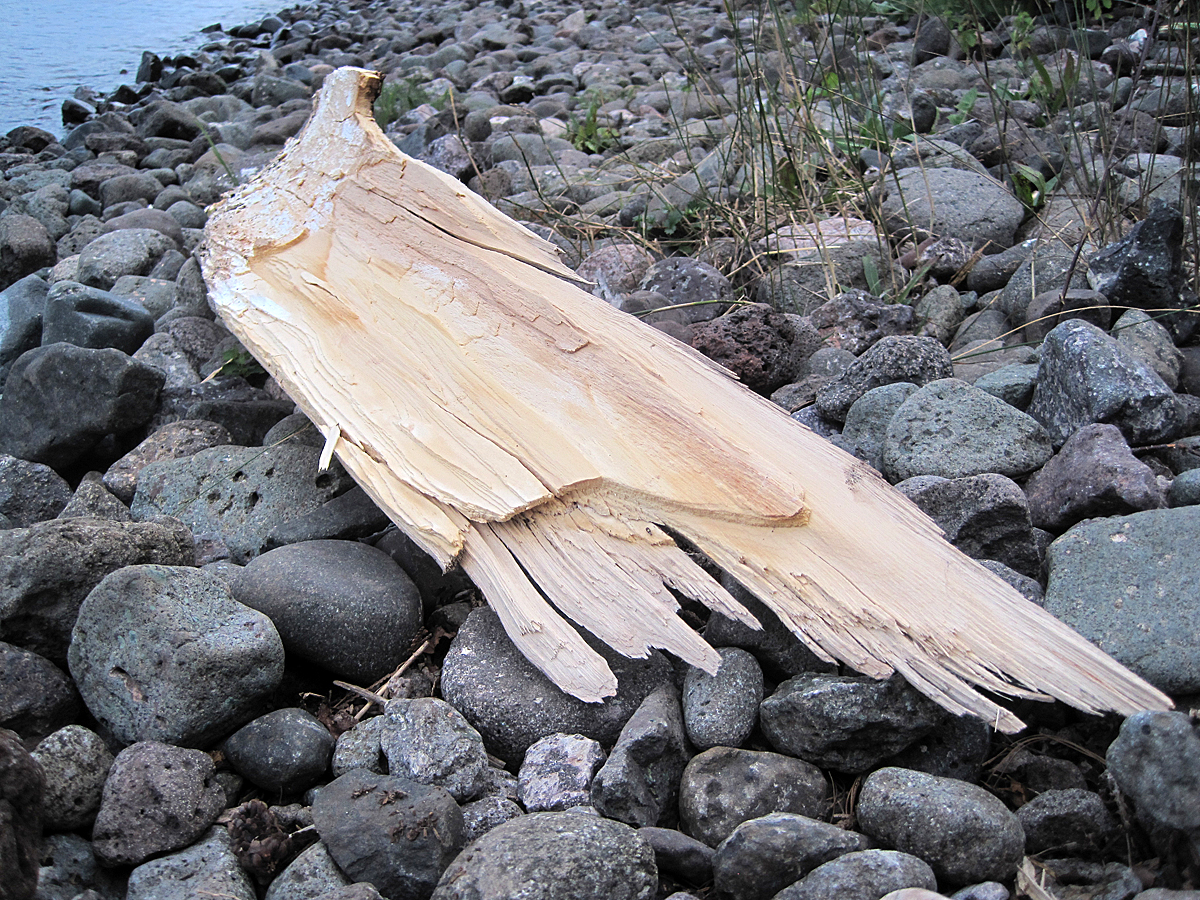 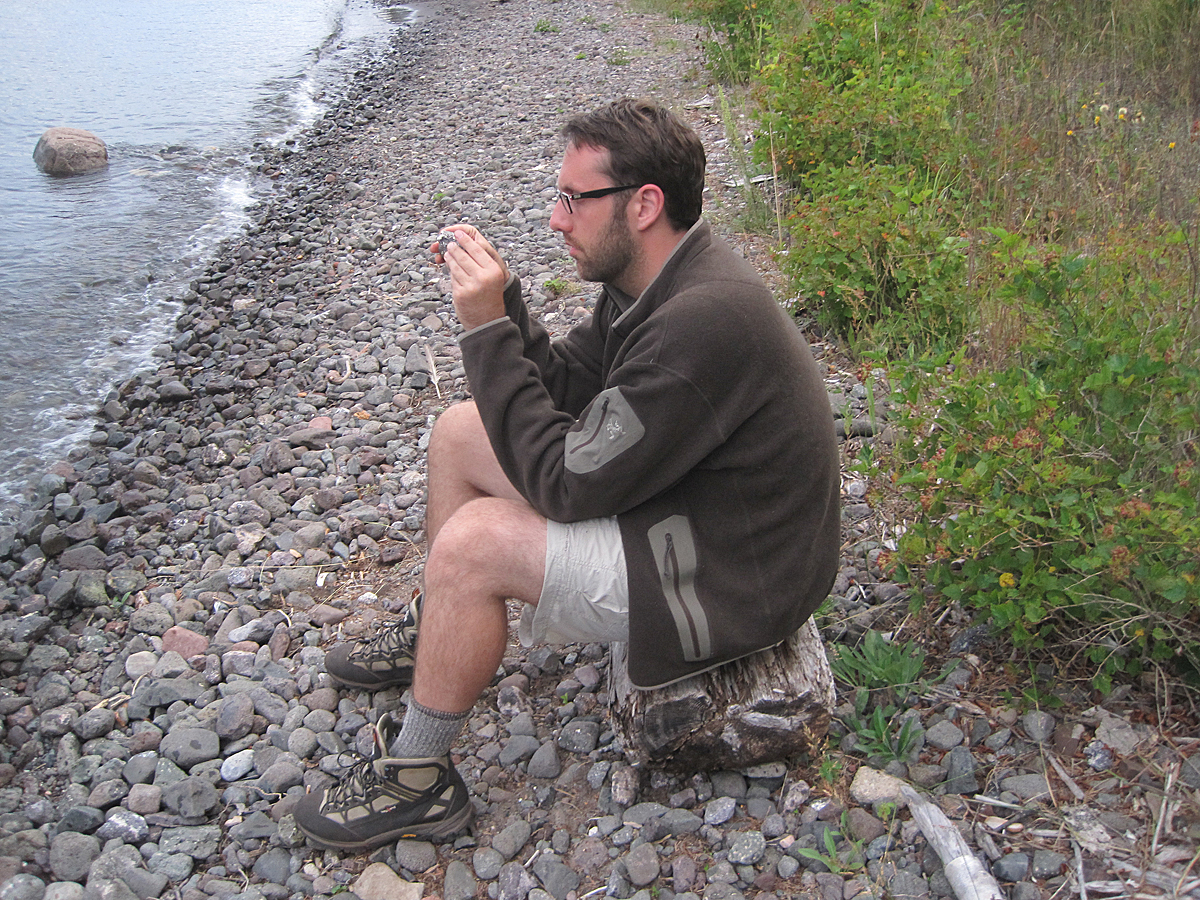 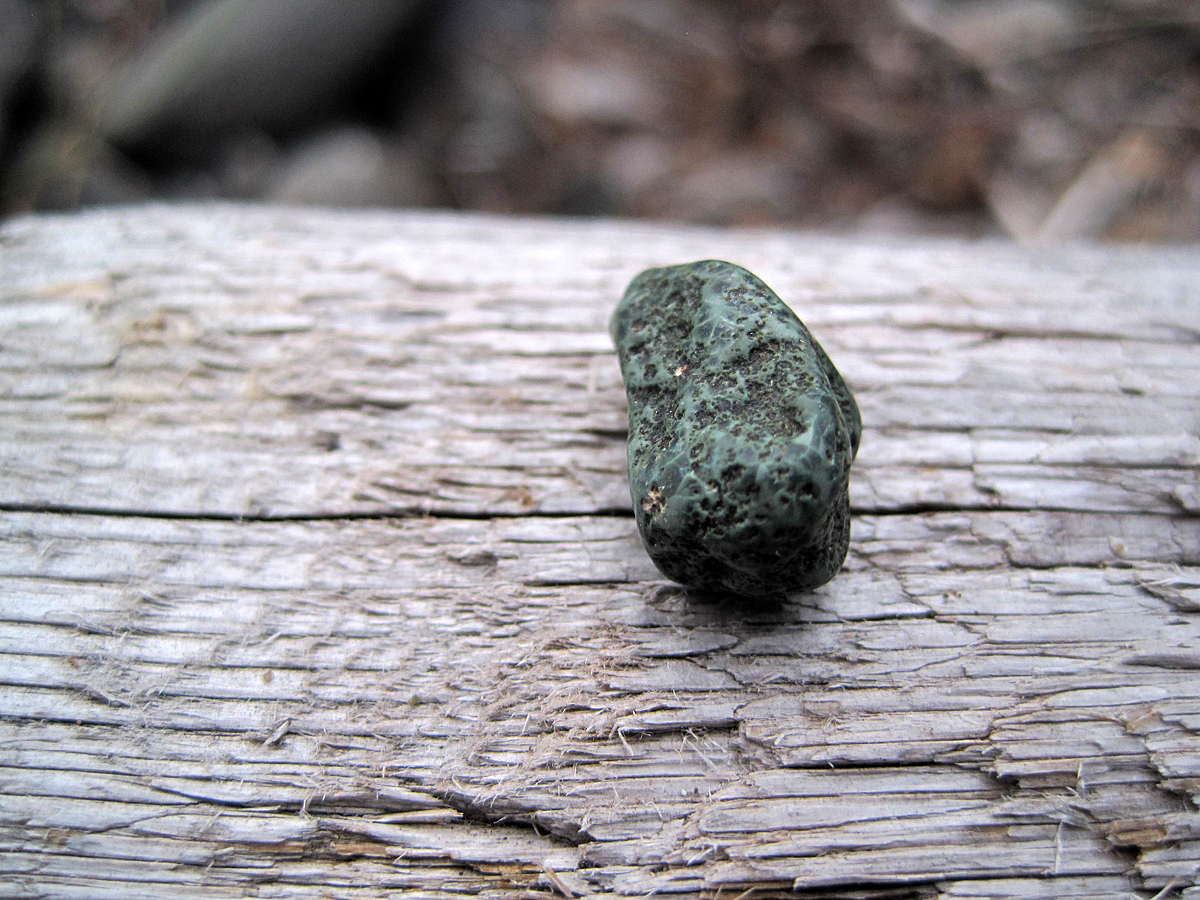 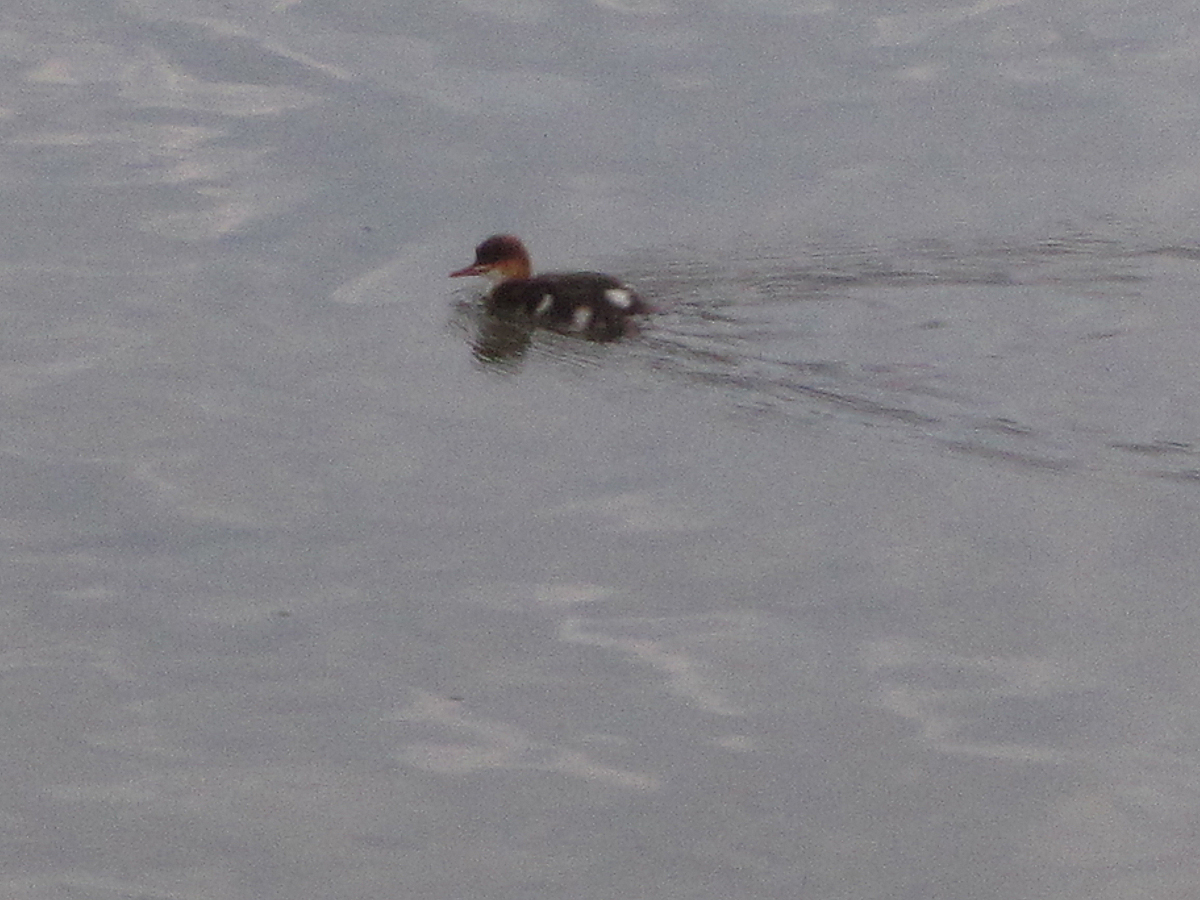 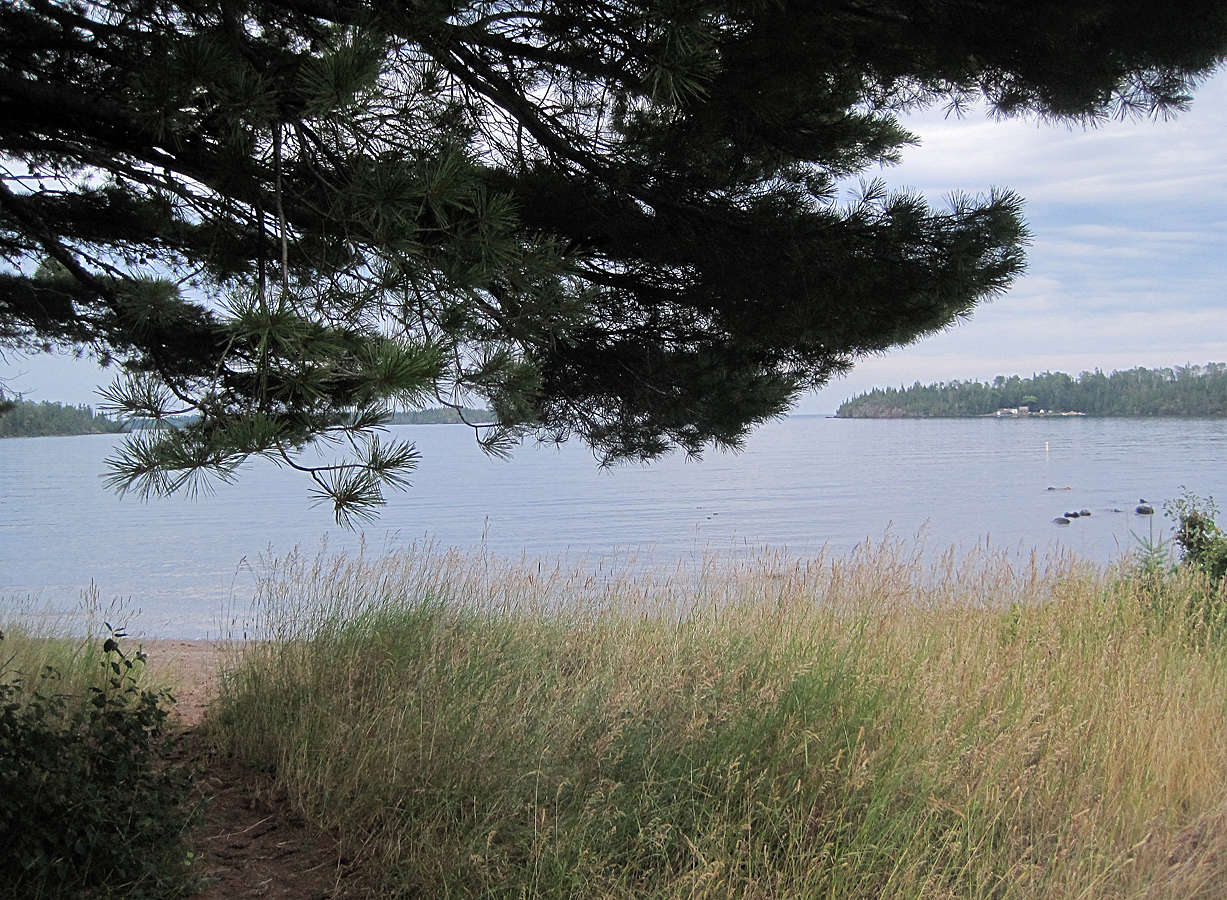 Near the dock, there was a park service information board, visitor book, and various brochures about wildlife and activities at Daisy Farm. The following evening, Wednesday, at 8pm, “Candy” would be giving a dockside talk on wolves and moose. Although we made a mental note to remember to go the next evening, we weren’t sure who Ranger Candy was. We had already managed to create quite a mystique about the park’s superintendent Phyllis Green and her fantastical exploits in our minds. What was she like, and who was this mysterious Candy? We were intrigued. 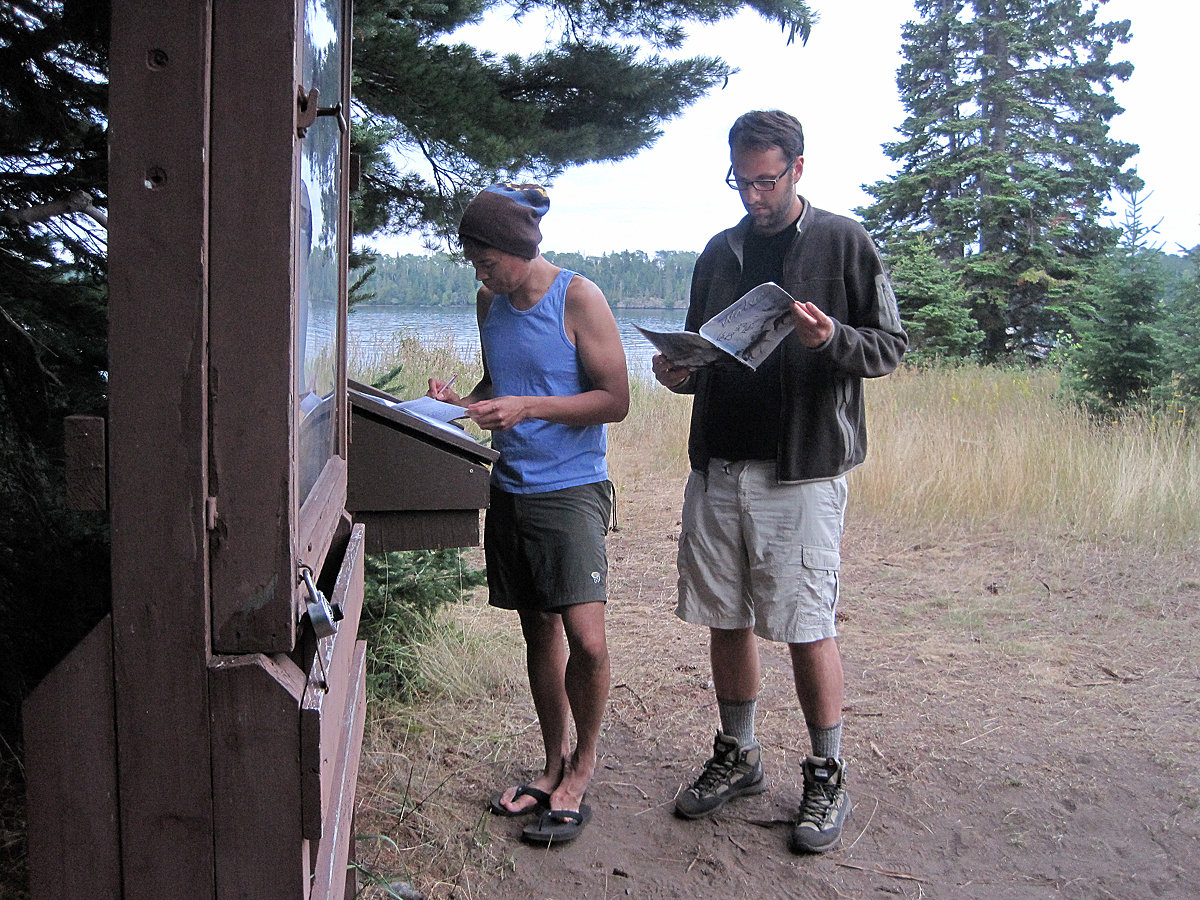 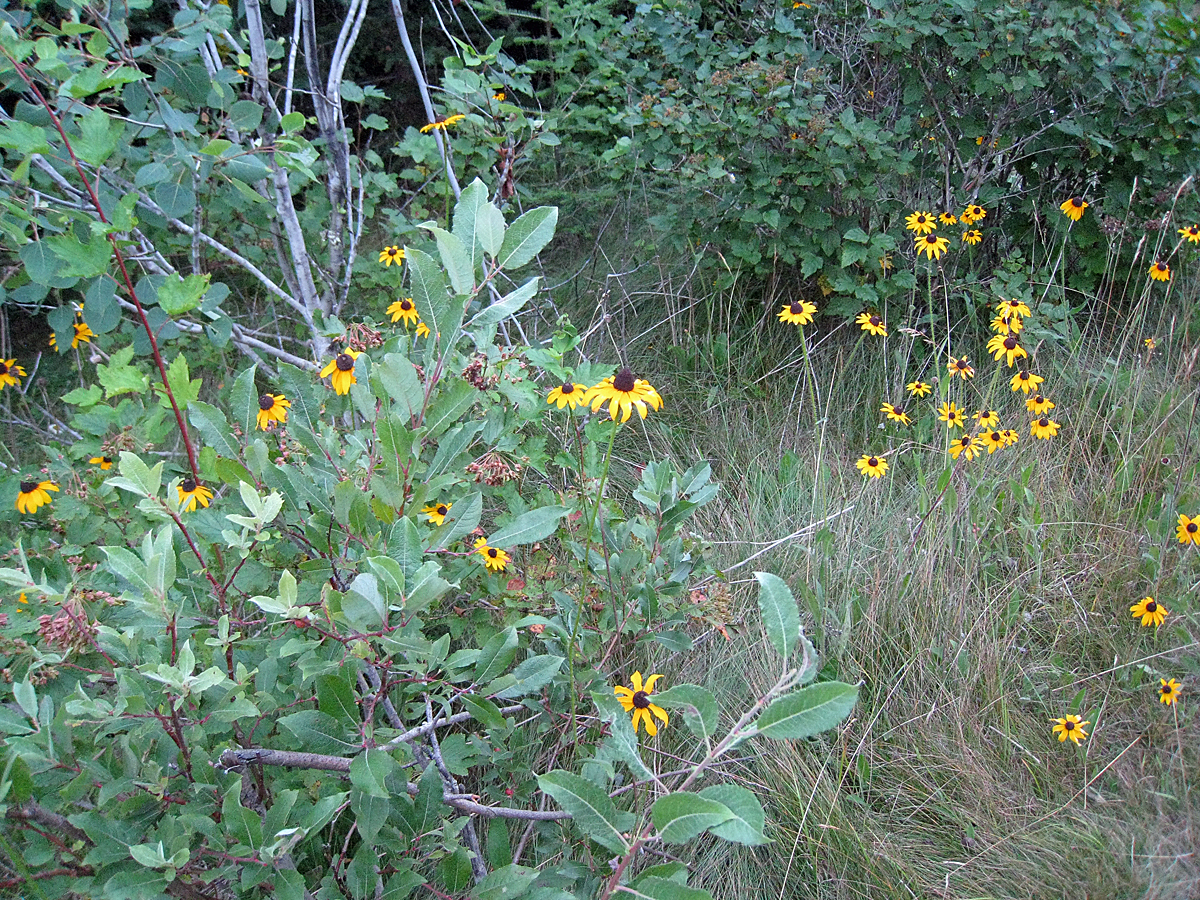 We returned to camp, secured our rain flies, and went to bed with the last of the light. 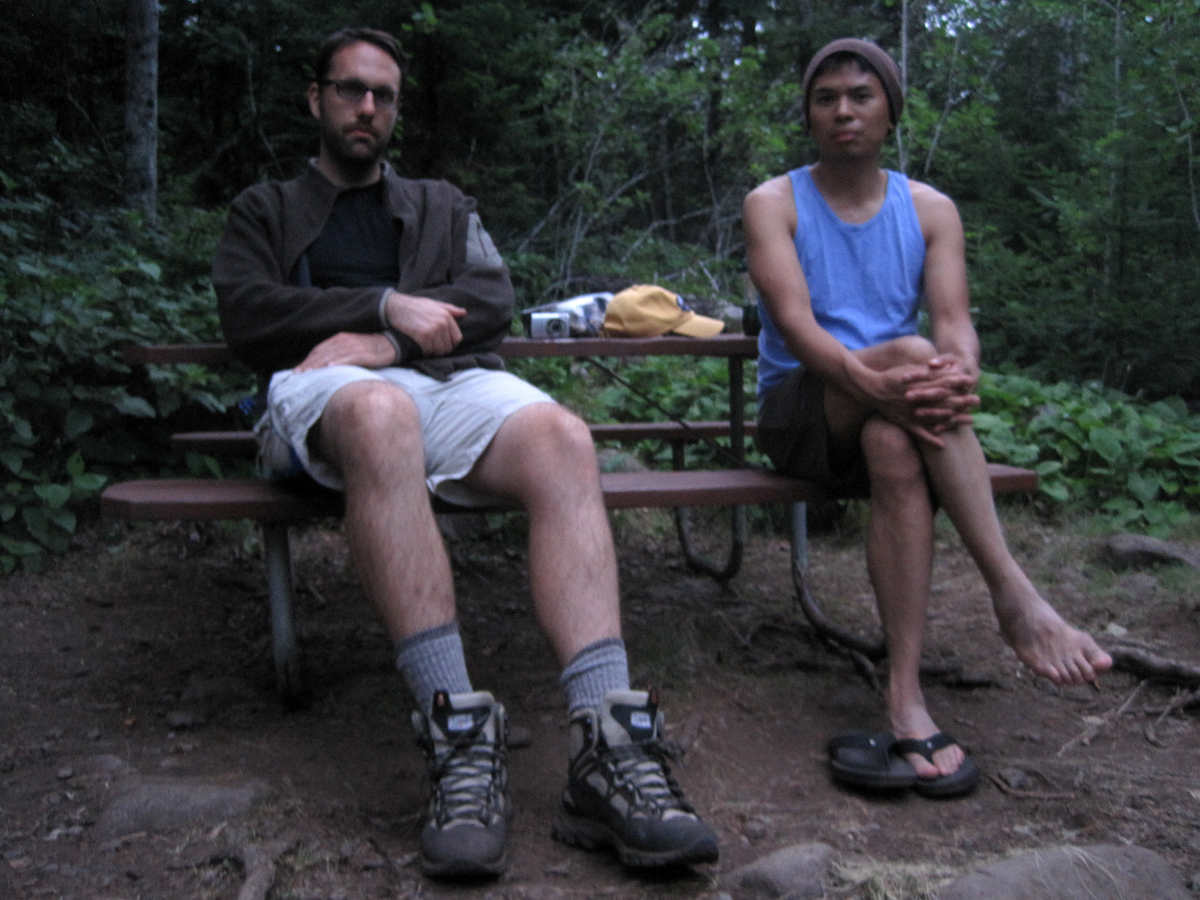 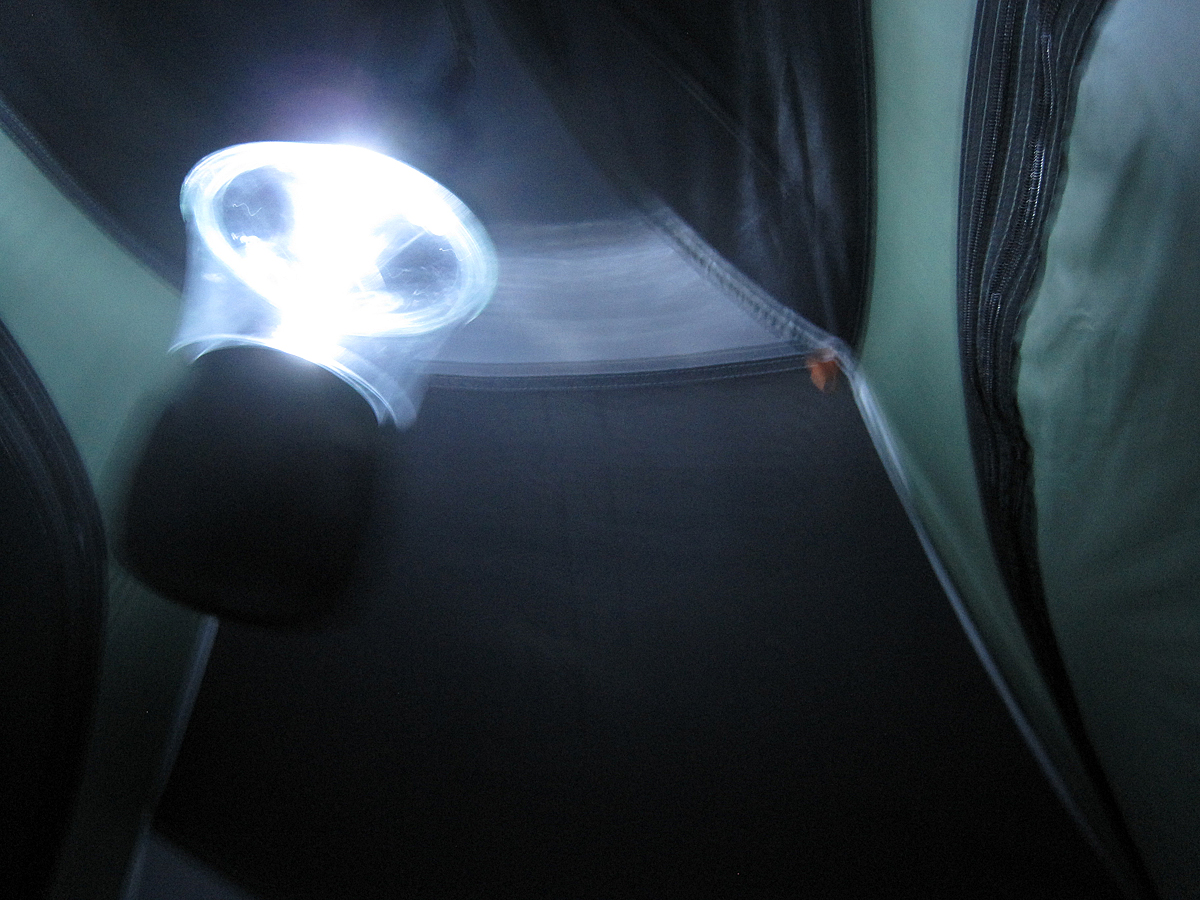