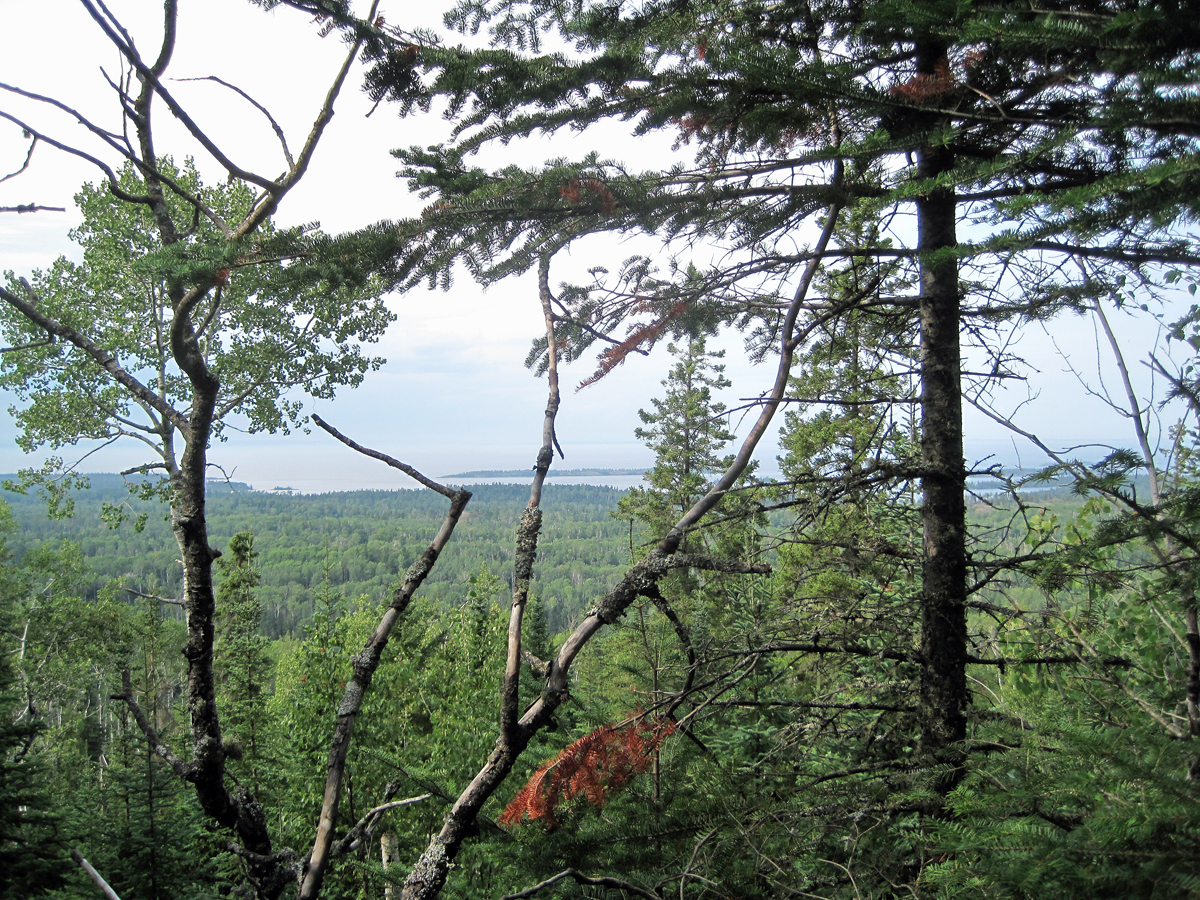 Crossing the Greenstone Ridge, we set off on the Lane Cove Trail, glad to be headed downhill, and about two thirds of the way through our hike for the day. The north side of the ridge is much steeper than the south side, and we were rewarded with a lovely view out into Lake Superior to the north. The trail descended in a series of steep switchbacks through a forest dominated by tall birches. Everything felt more lush, and somehow wilder, on this side. 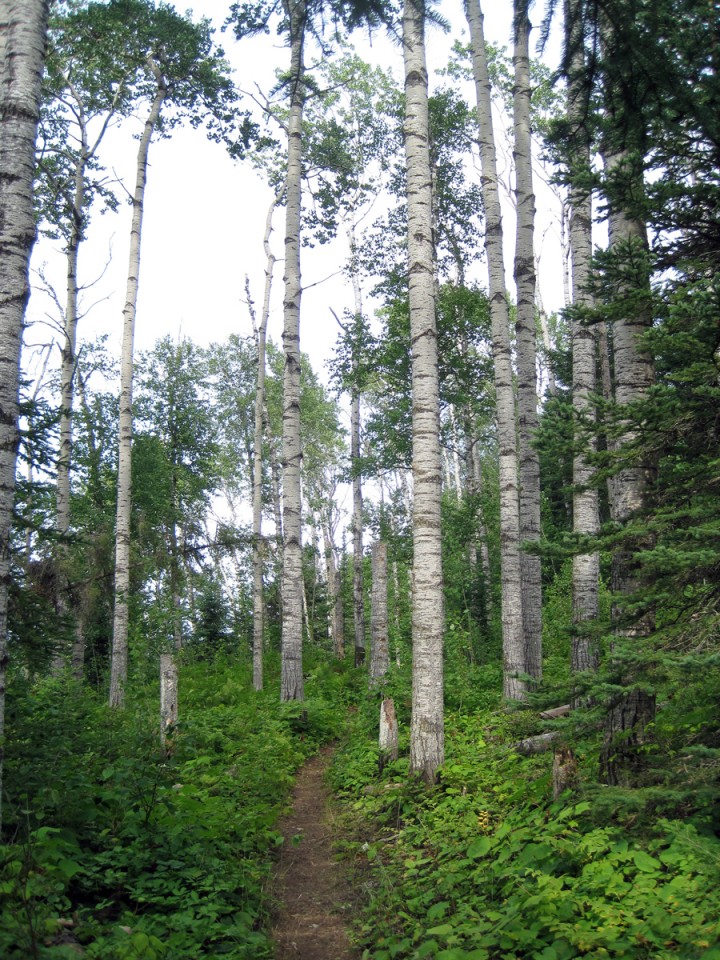 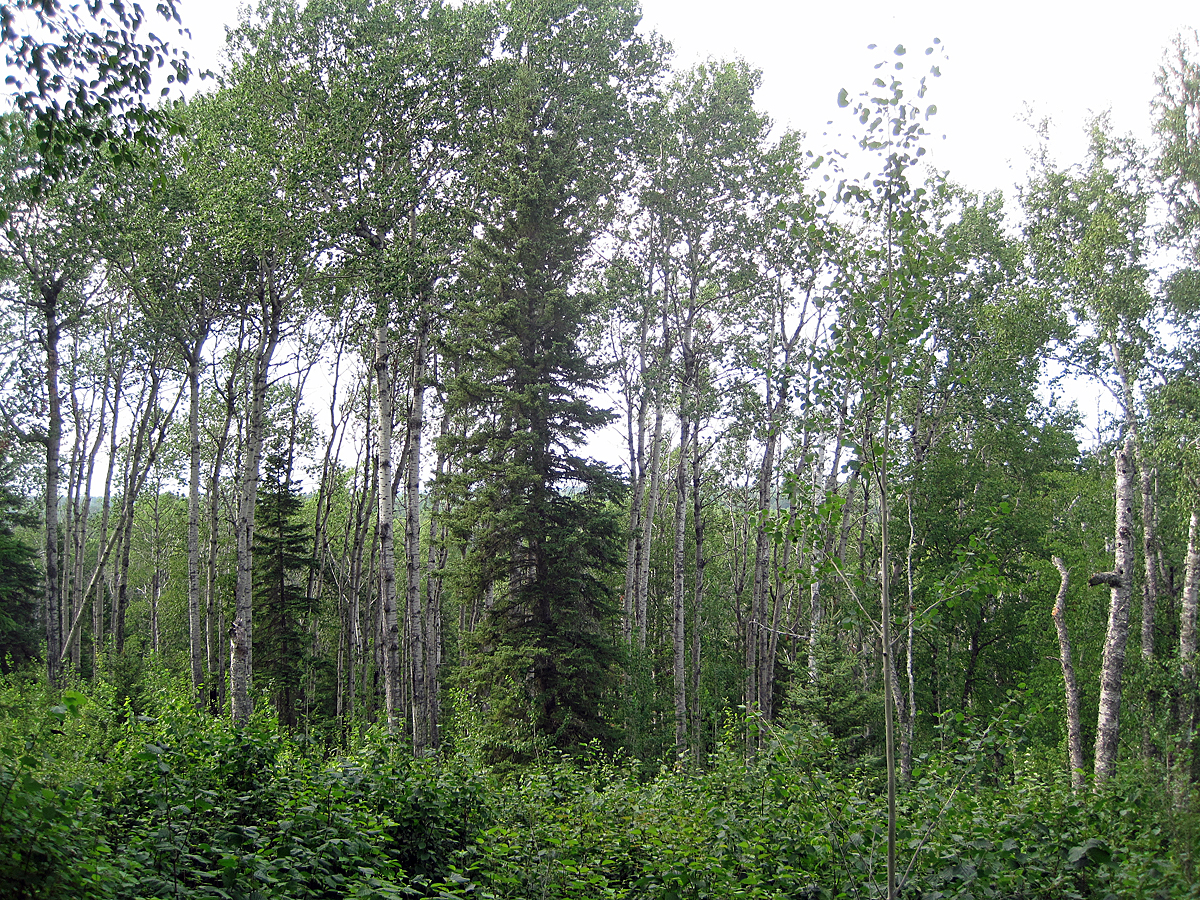 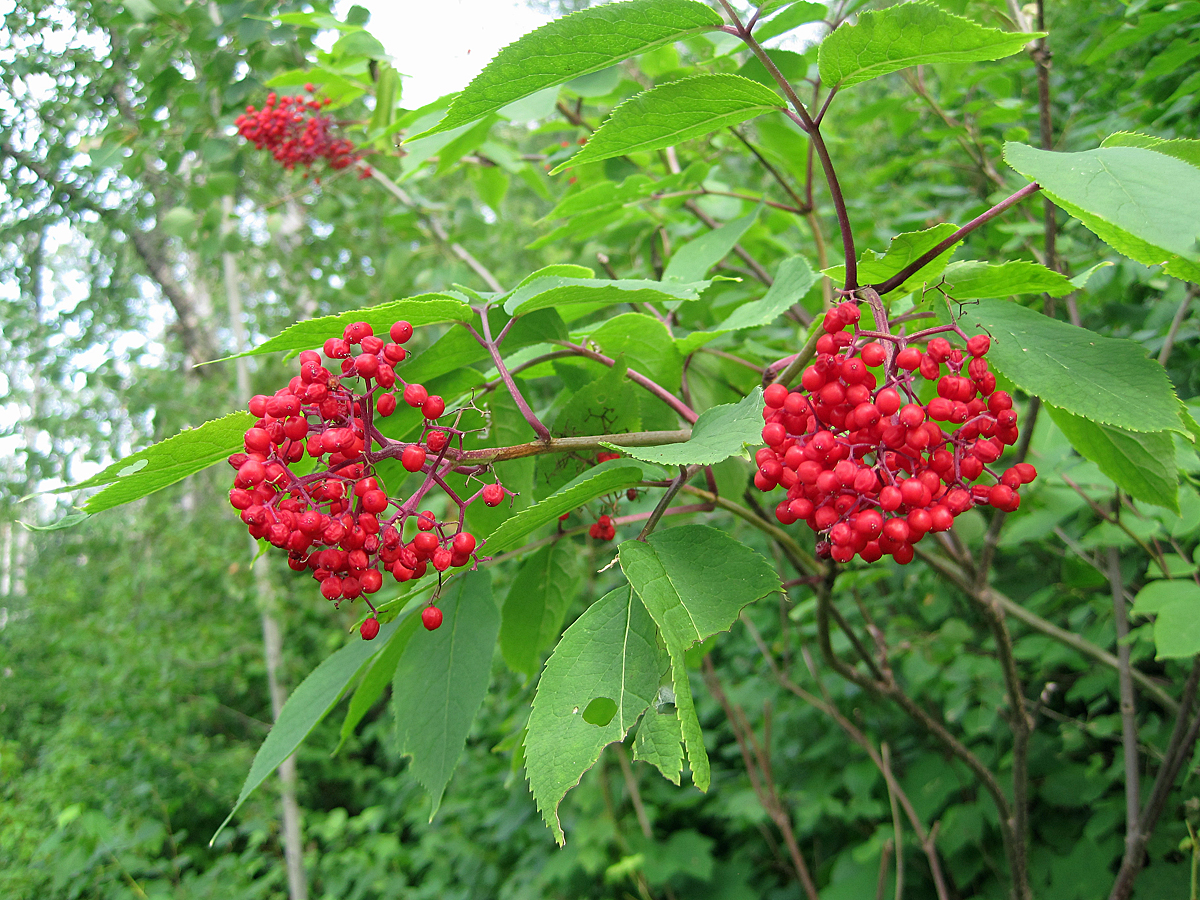 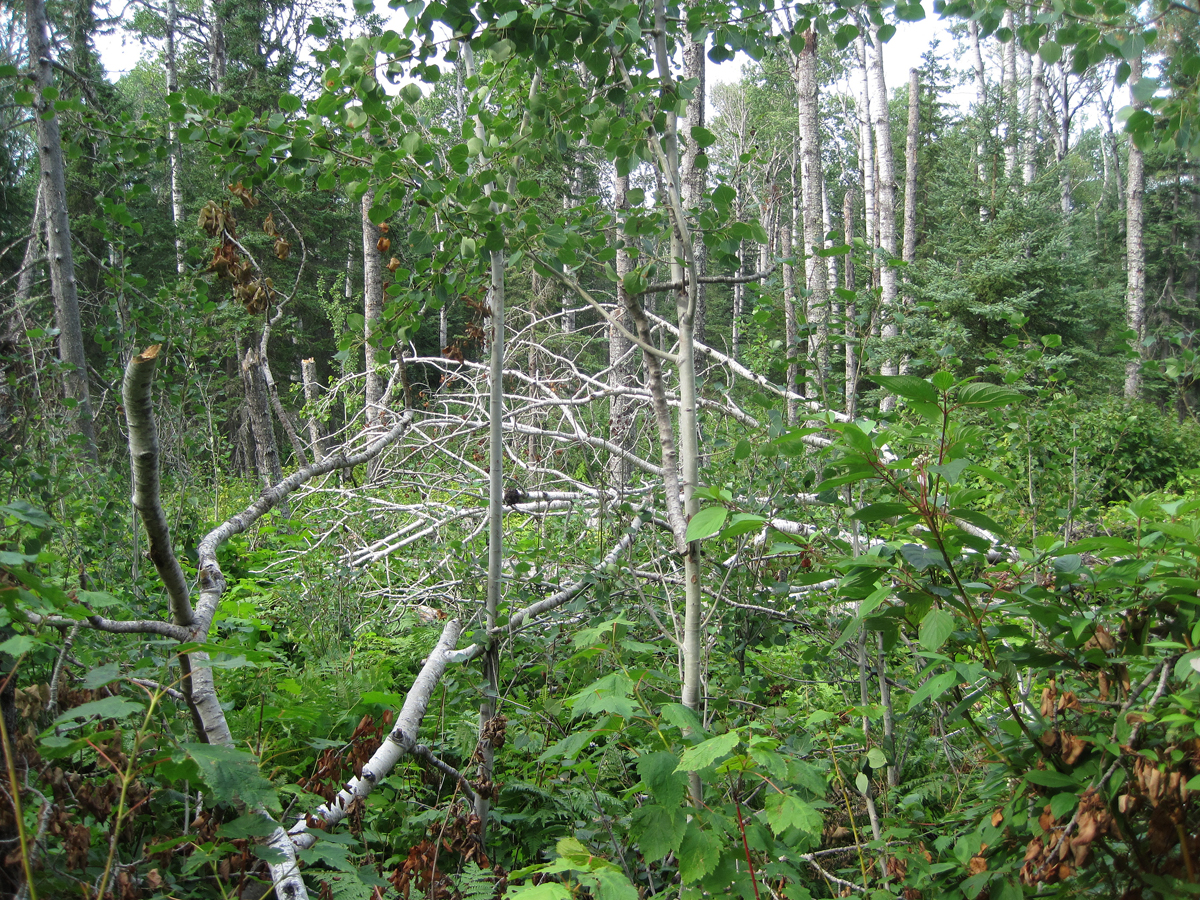 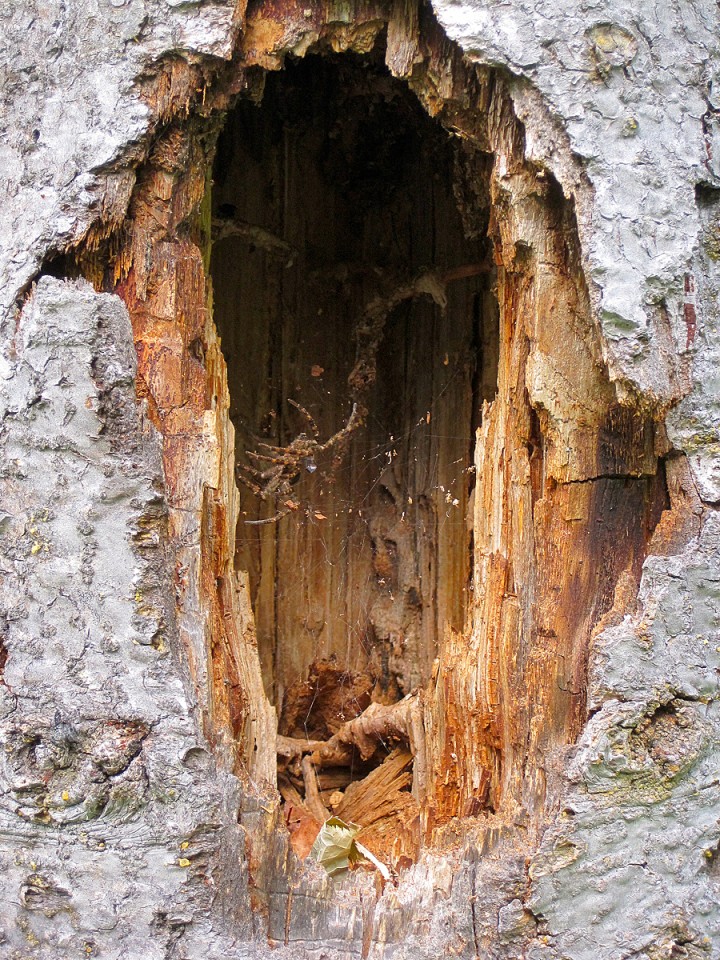 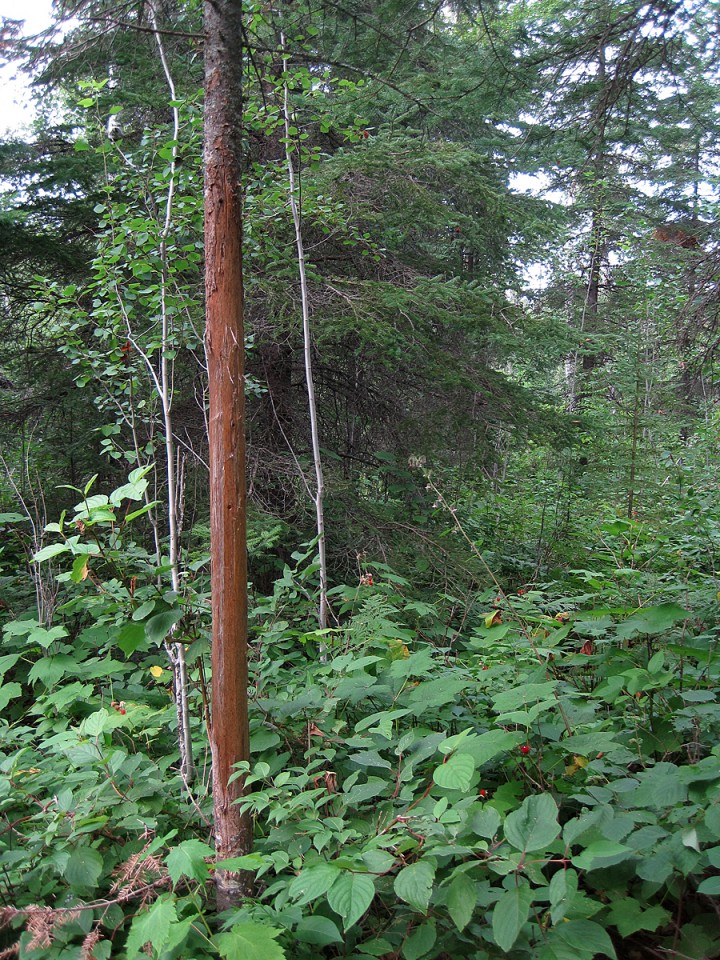 This tree’s trunk has been stripped by moose. 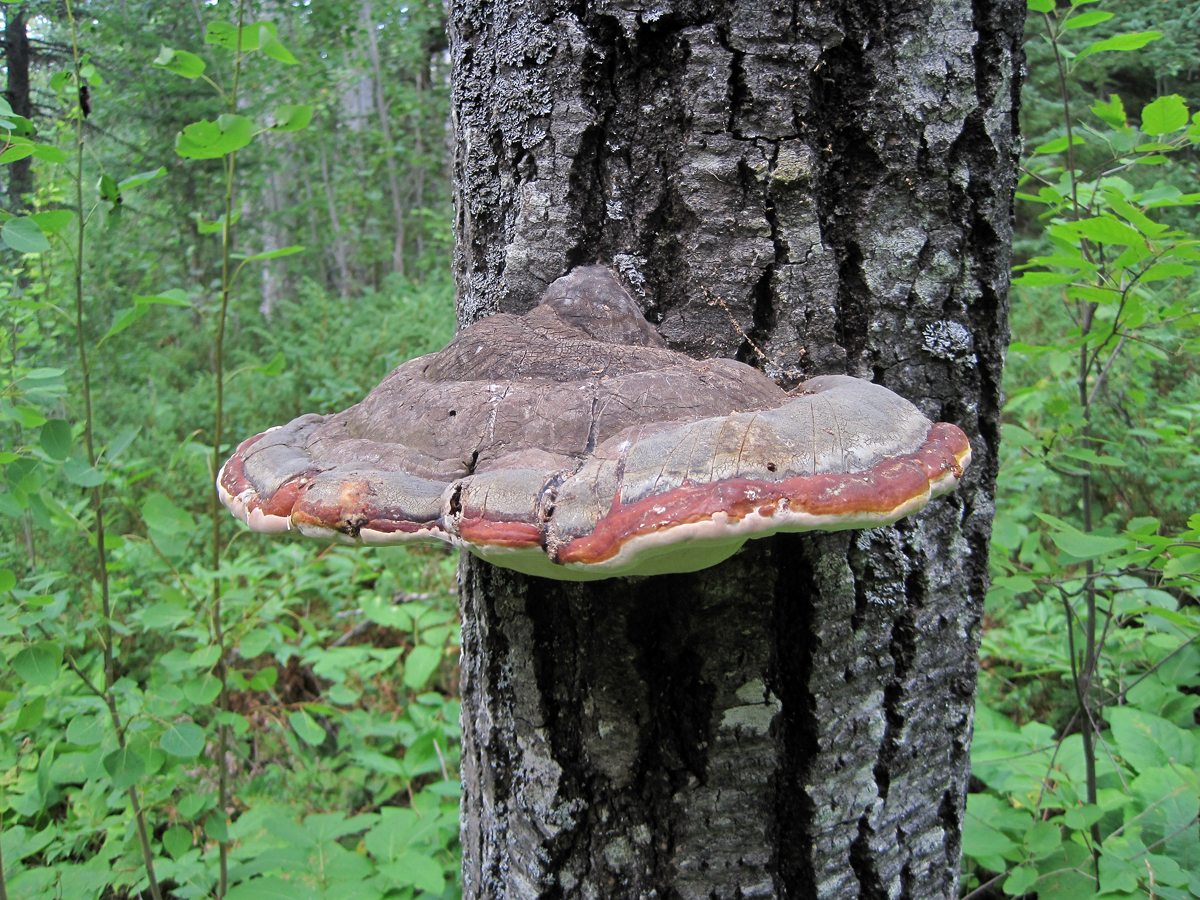 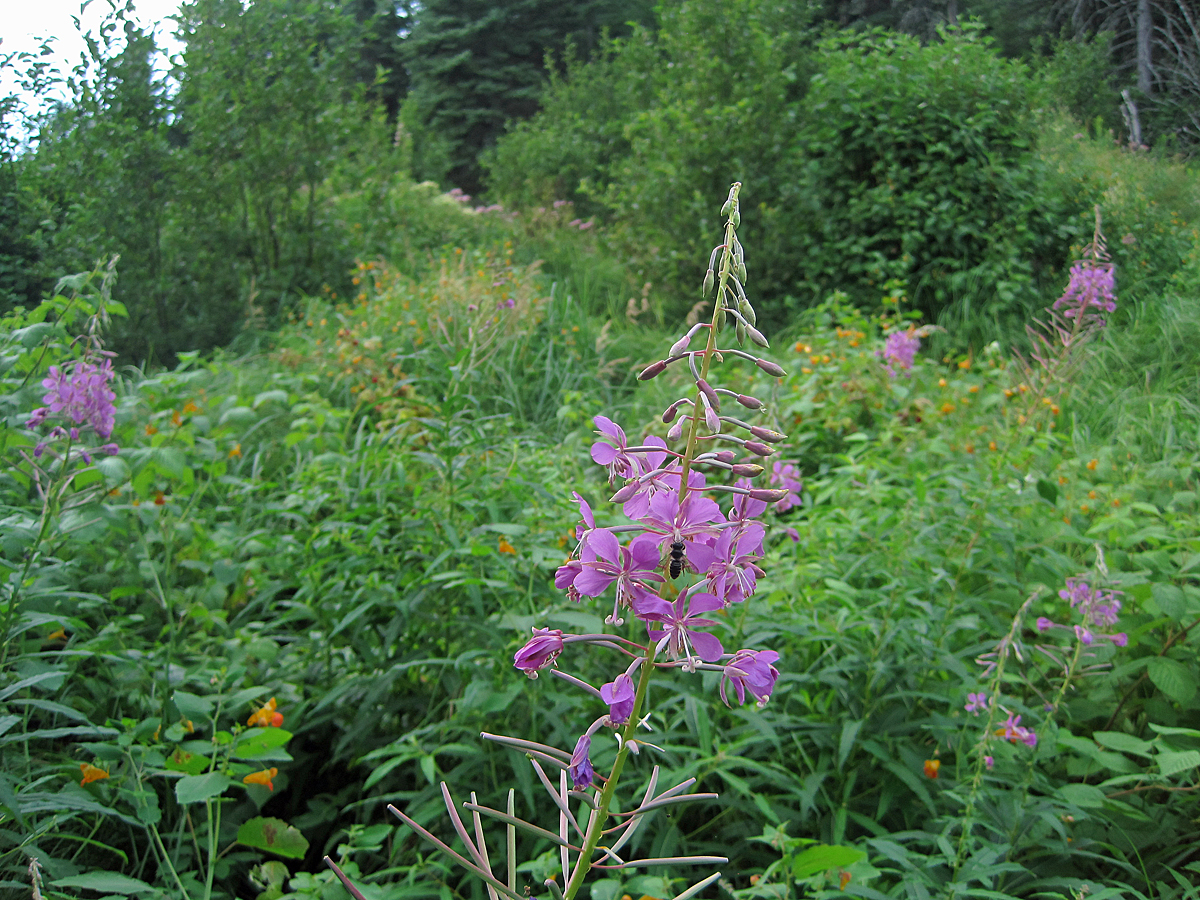 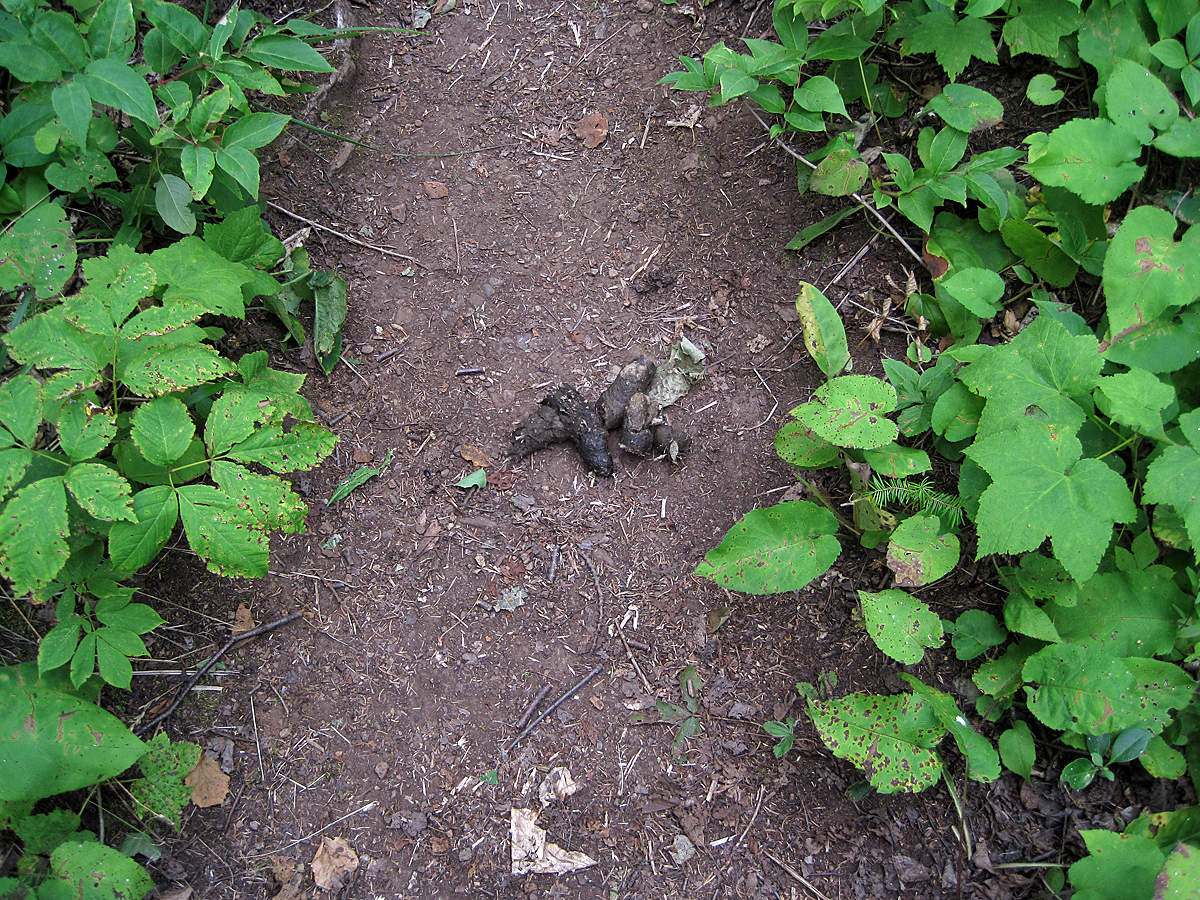 Wolf scat on the trail

After a quick descent from the 1,000 foot elevation of the ridge, we crossed a series of smaller ridges, each with wetland of some sort in between as we slowly approached the north shore. When Adam got our backcountry permit from the rangers at the visitor center, he’d inquired about what happened if all the camp sites at Lane Cove were taken, and she said we’d either have to find someone willing to double up, or we’d have to backtrack to the Three Mile Campground. The number of campsites (five) was in the back of all our minds as we crossed the final ridges, hoping that there would be a place for us to rest. 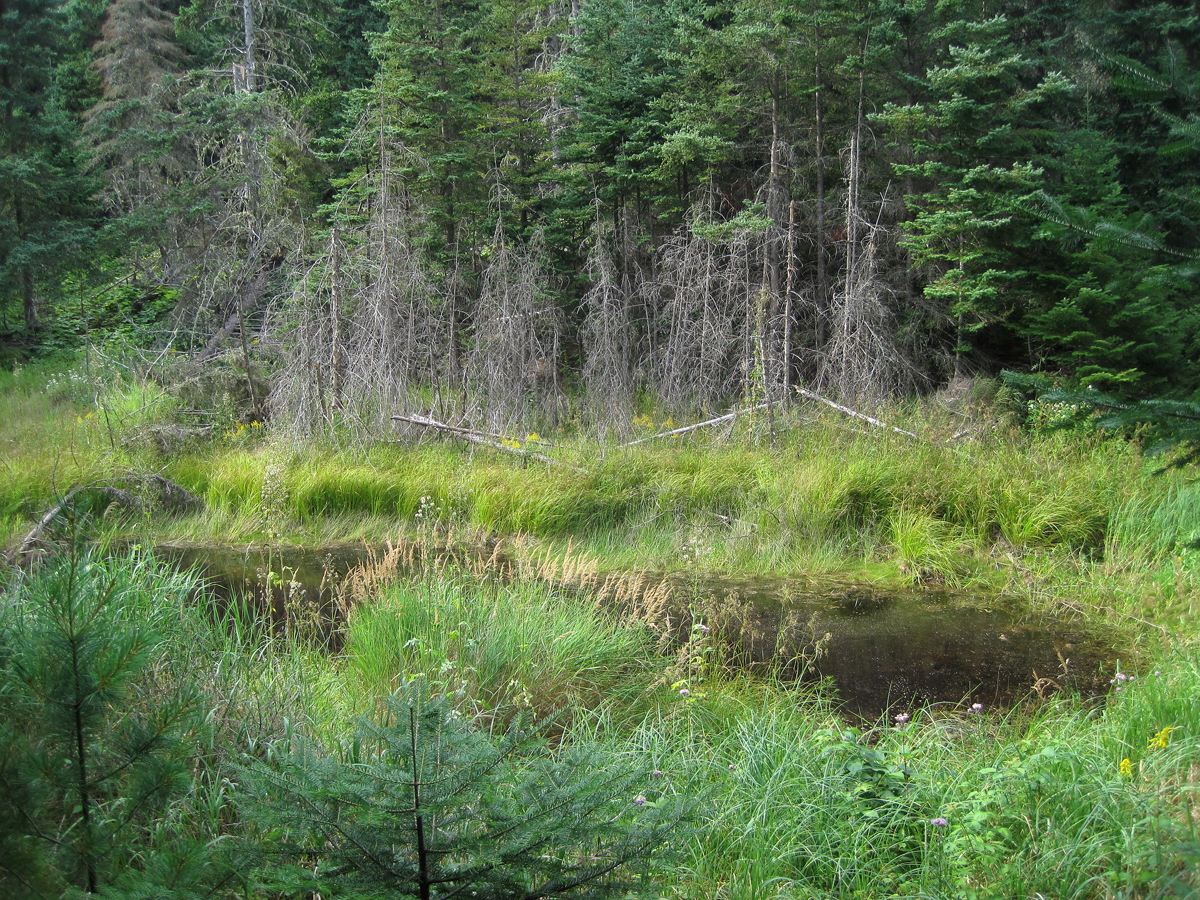 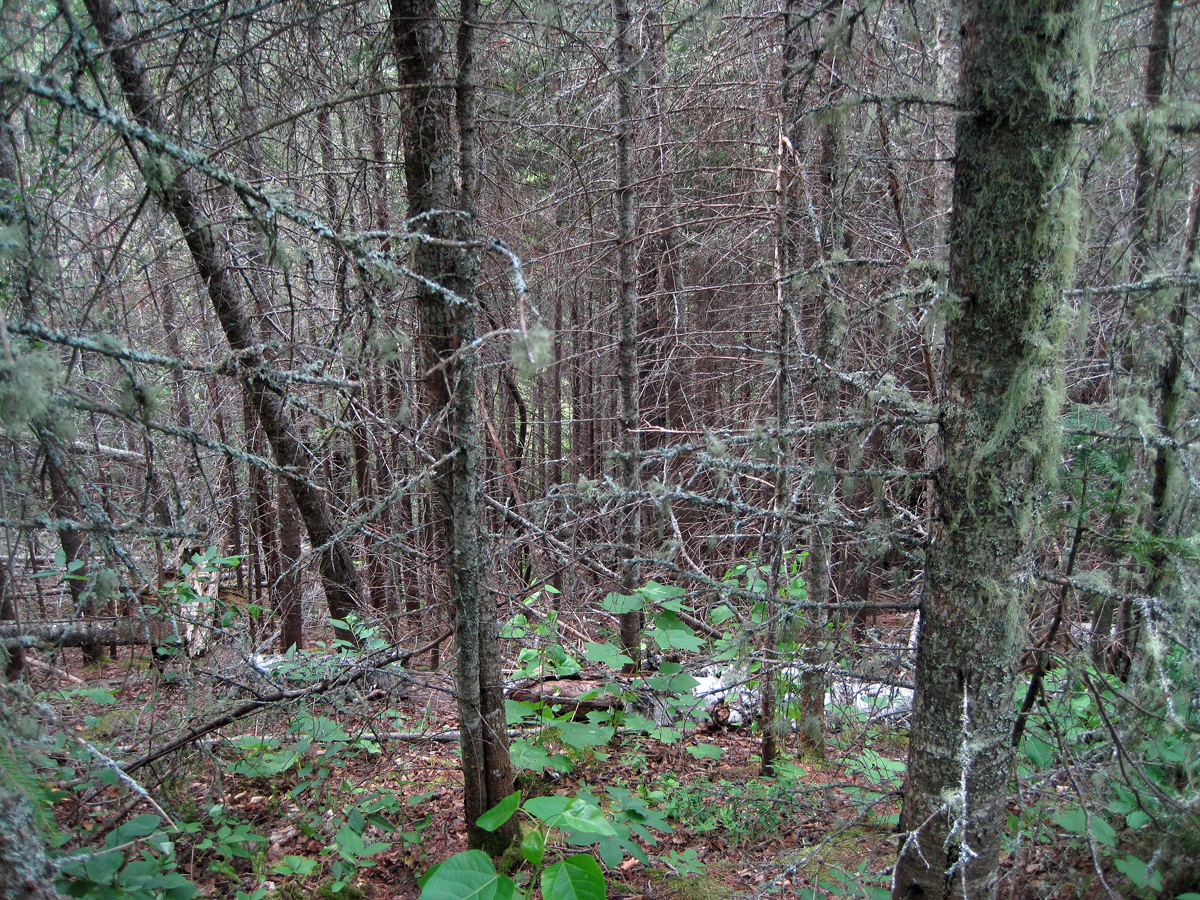 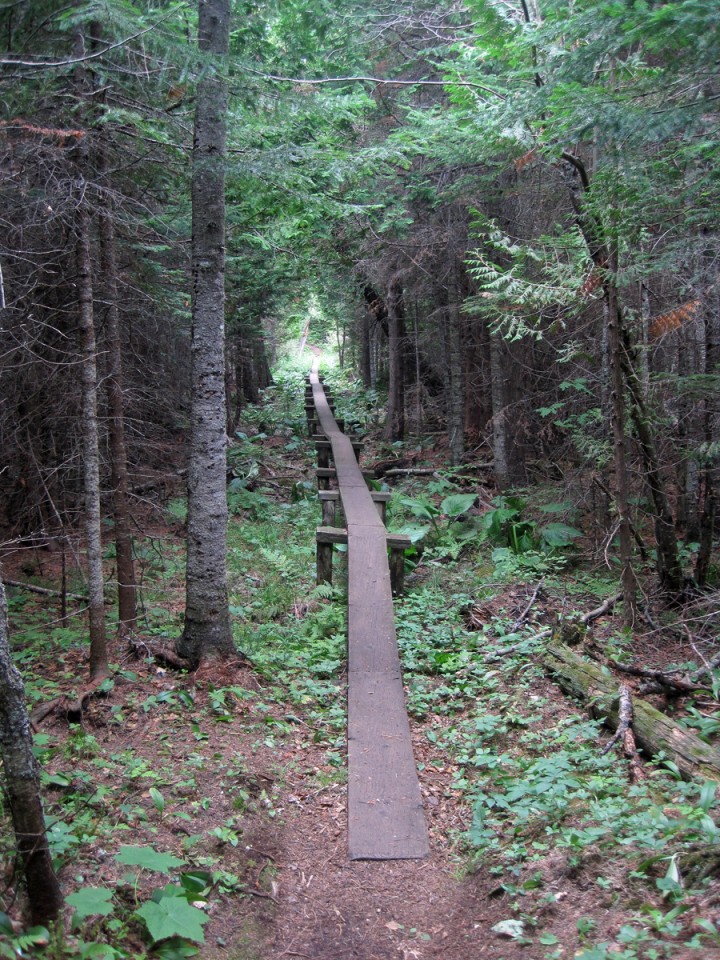 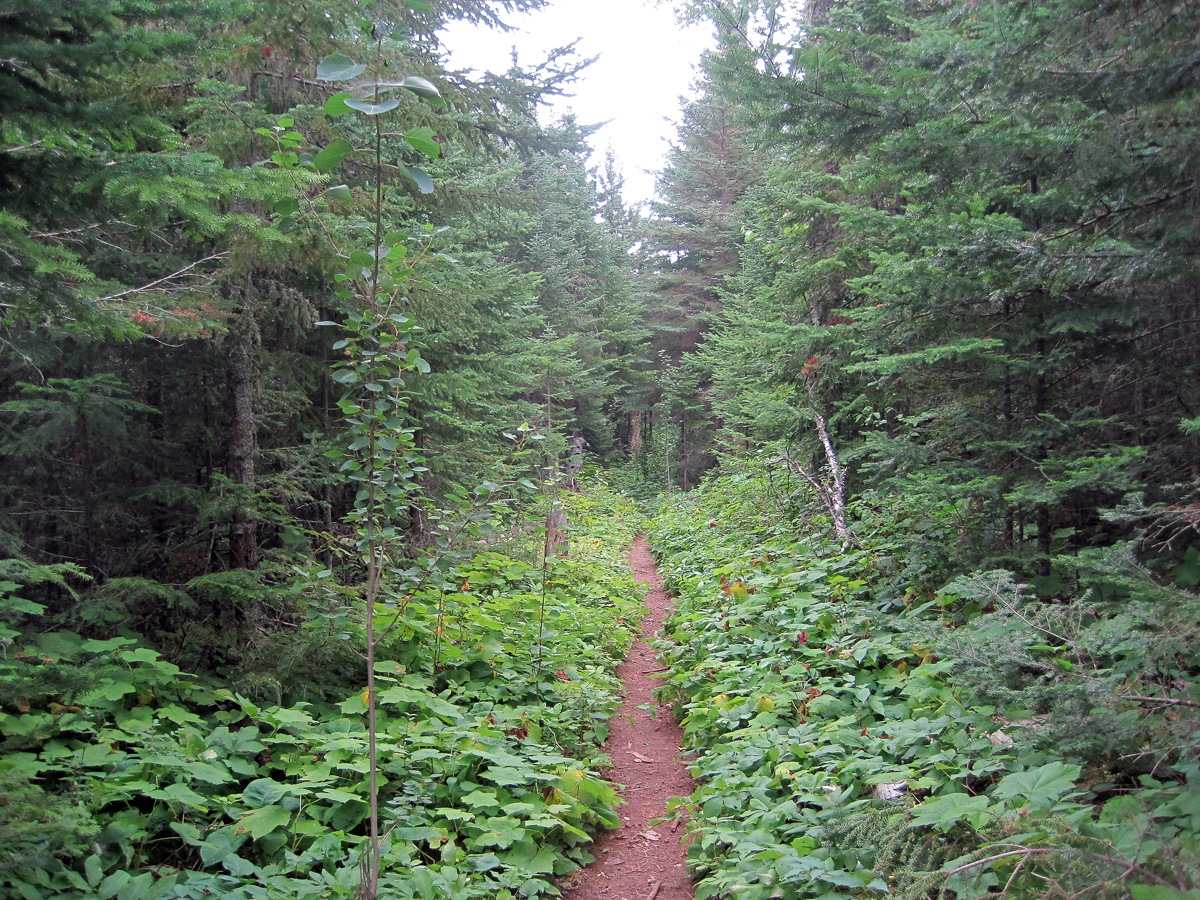 After a glimpse of the cove, and one more turn back into the woods, and under a fallen trunk, we were almost there. 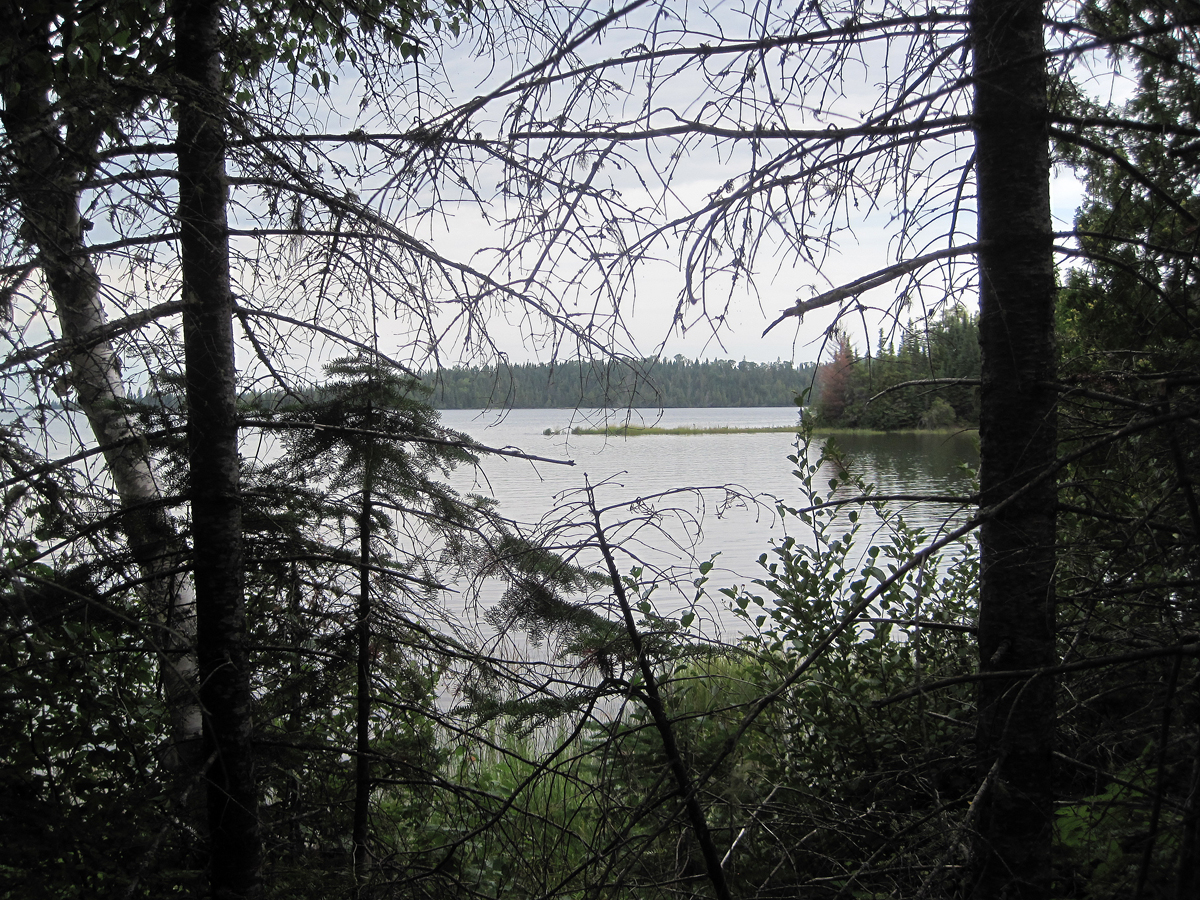 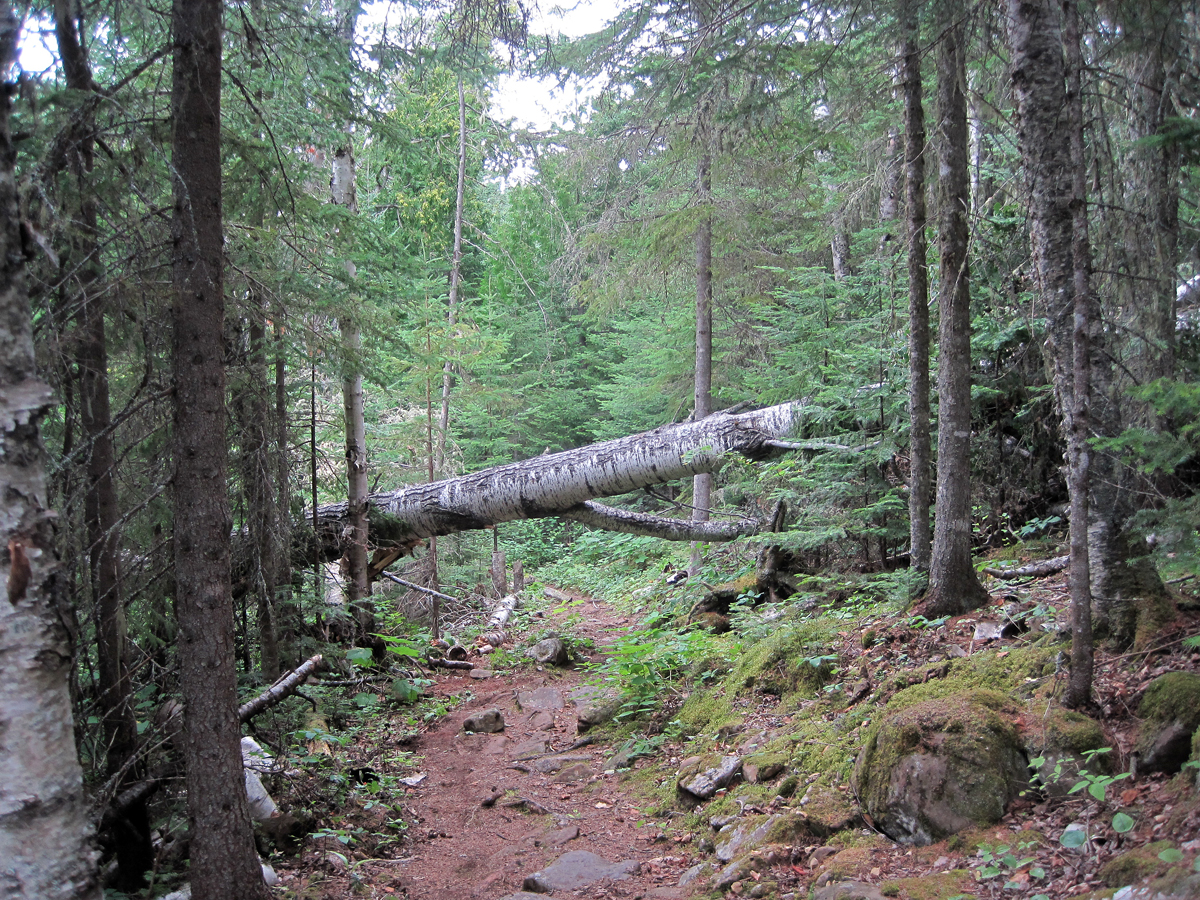 And there was no room. All five campsites were taken. Not only that, but people were doubled up already. After only encountering two other hikers in the almost seven mile hike, we ended up being crowded out. Facing the decision either to split up and try to see if someone could spare some room, or hike the 4.4 miles back up and over Mount Franklin, we realized that we really had no choice. Phil made use of the privy, we shouldered our bags, and we set back out, hoping to reach Three Mile before dark. 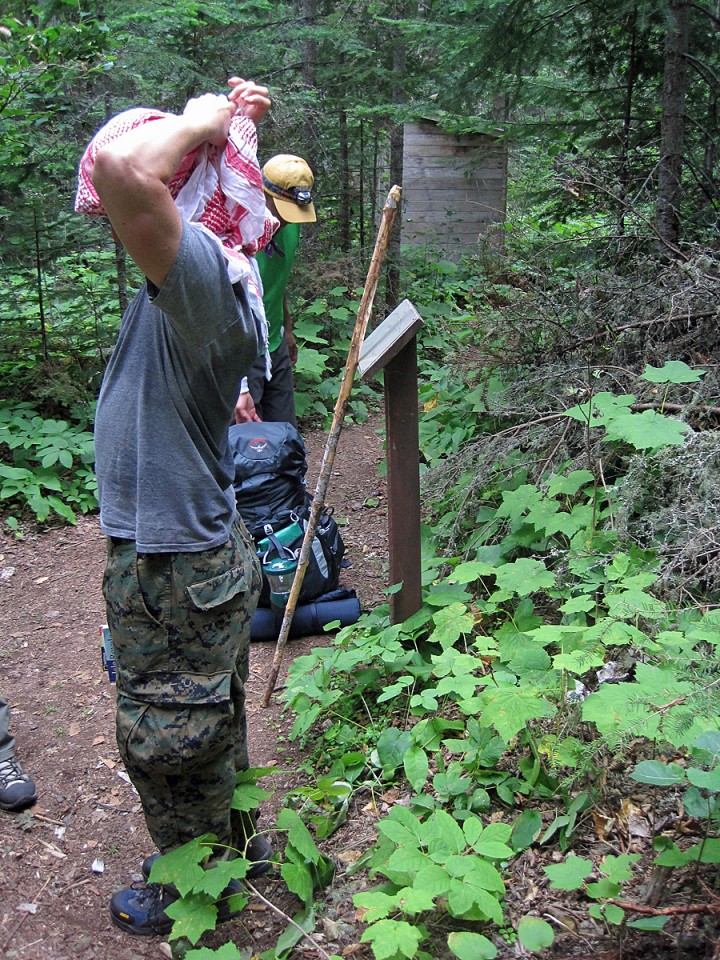 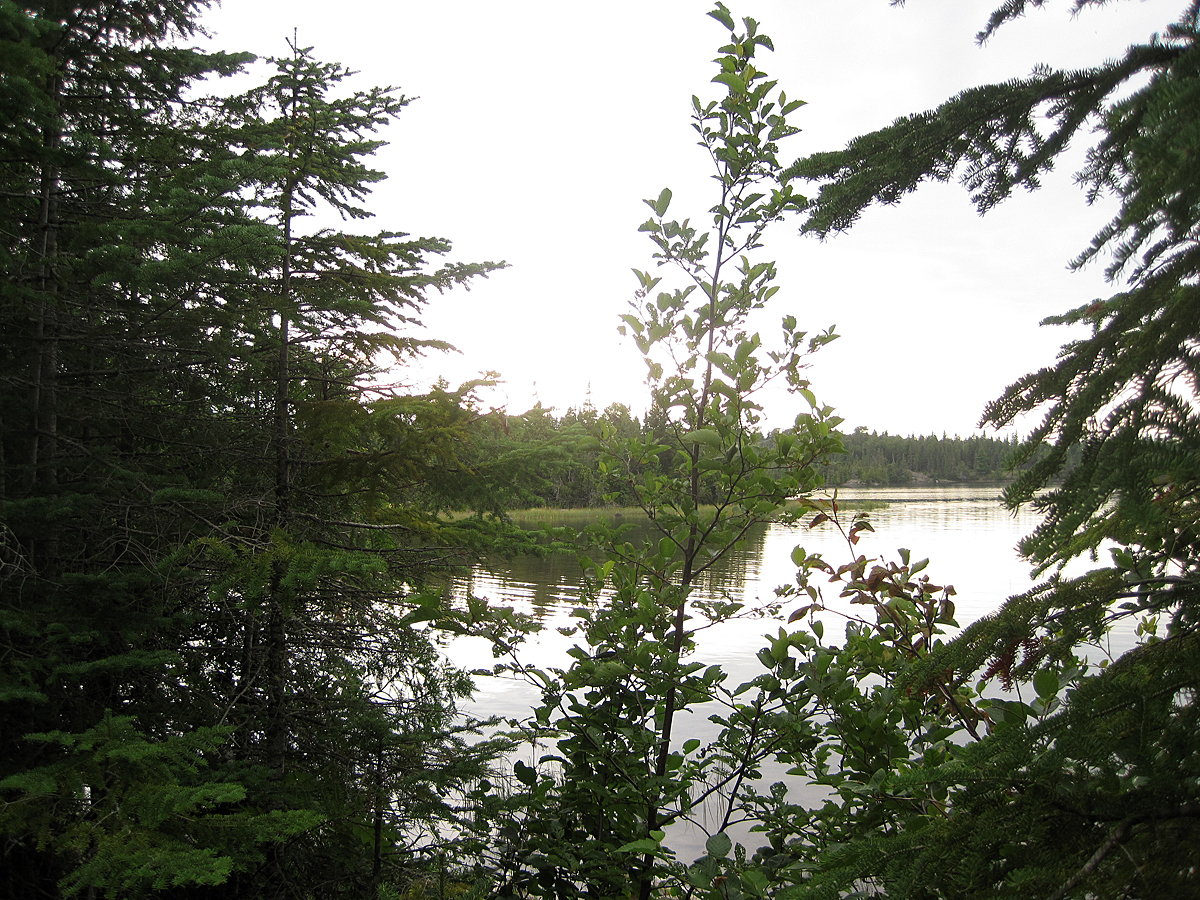 I’d drunk all my thee liters of water by the time we reached Lane Cove, so we stopped at a creek, and Sean and Adam filtered some fresh water. 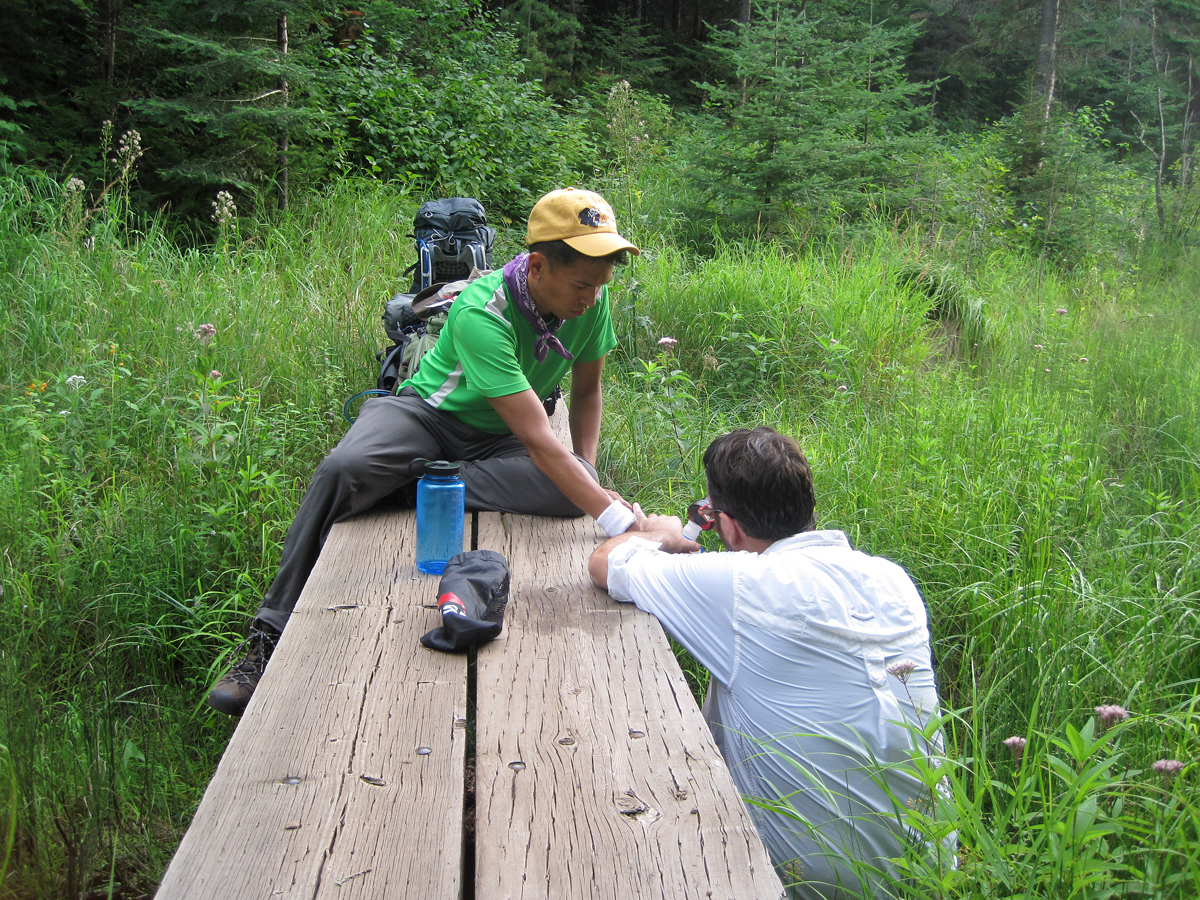 As the switchbacks got steeper in our unexpected second climbing of Mount Franklin of the day, Adam suggested we talk to keep our minds off the hike. The high spirits of earlier in the day gave way to discussions of politics and Detroit’s possible avenues for revitalization. 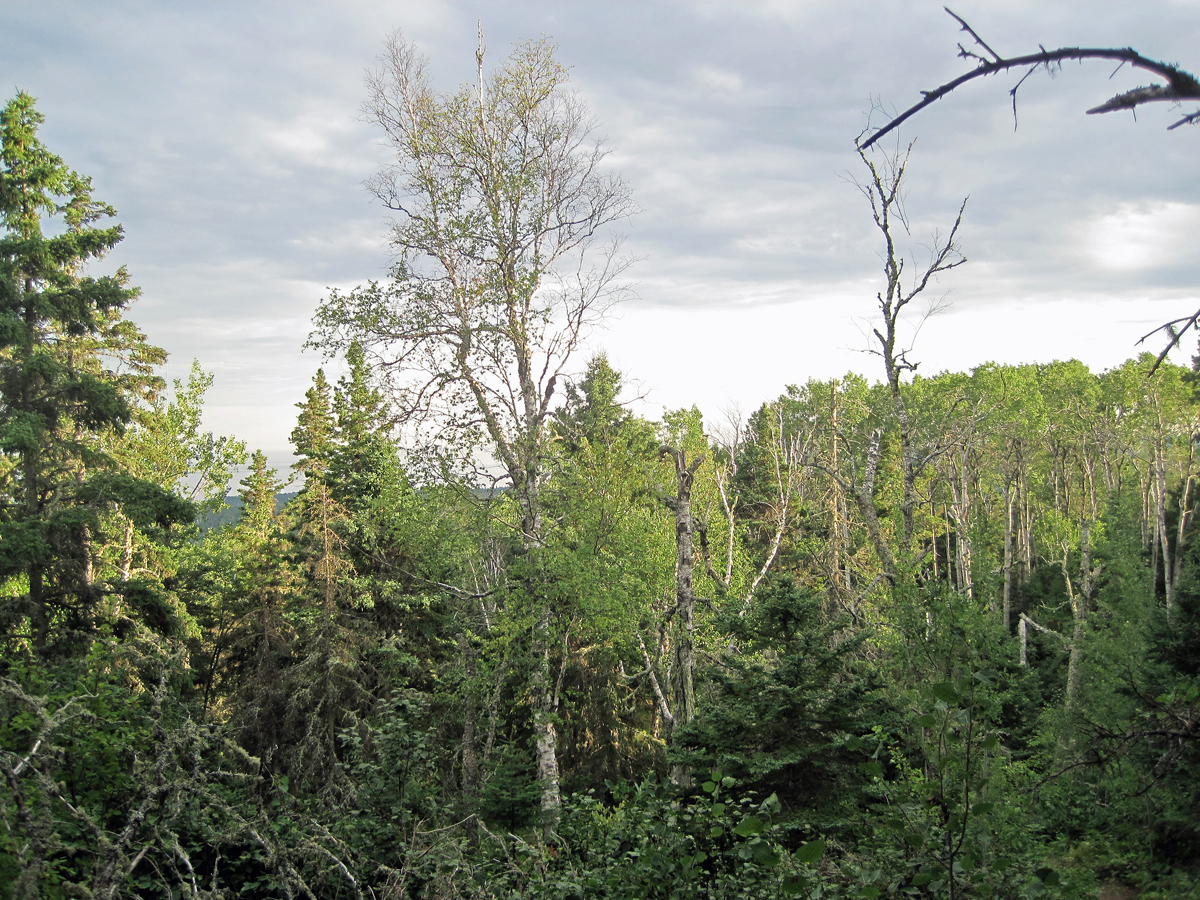 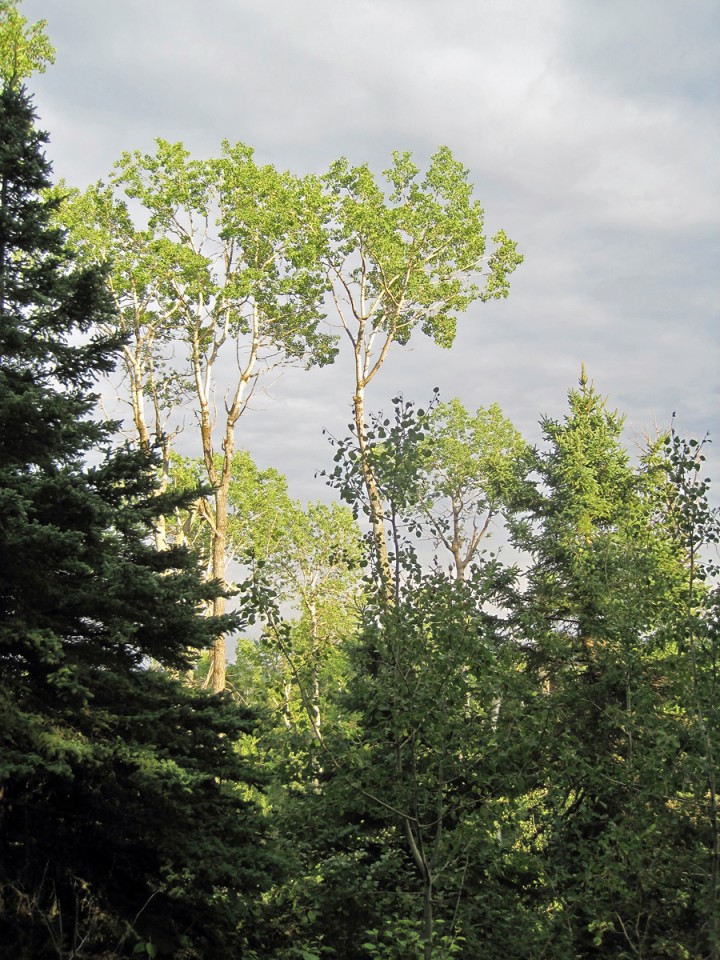 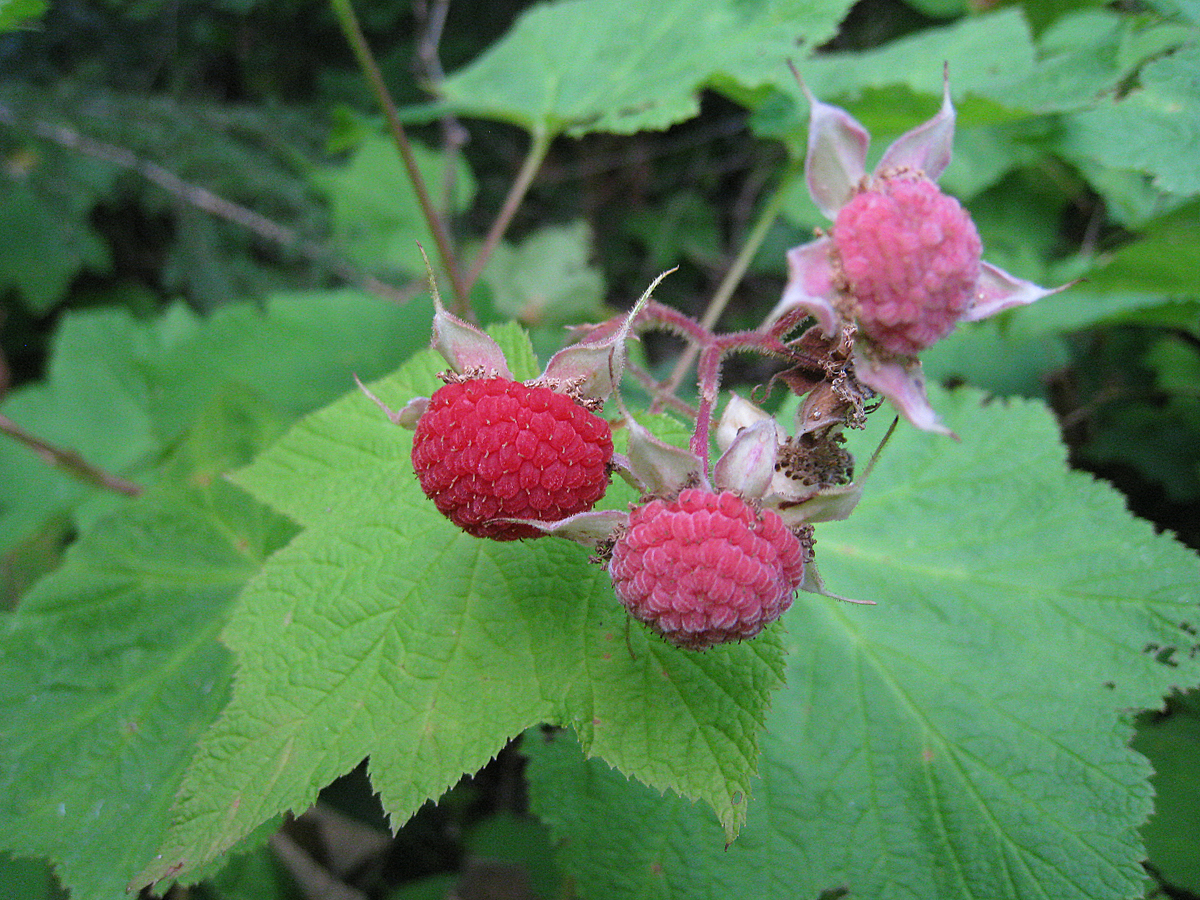 Although we were not allowed to take anything from the island, we were allowed to eat berries, like these thimbleberries on the side of the trail. Image: Sean M. Santos

We took a few quick rests on the way down the Mount Franklin Trail, and toyed with contingency plans if we were not able to make it to Three Mile before dark. 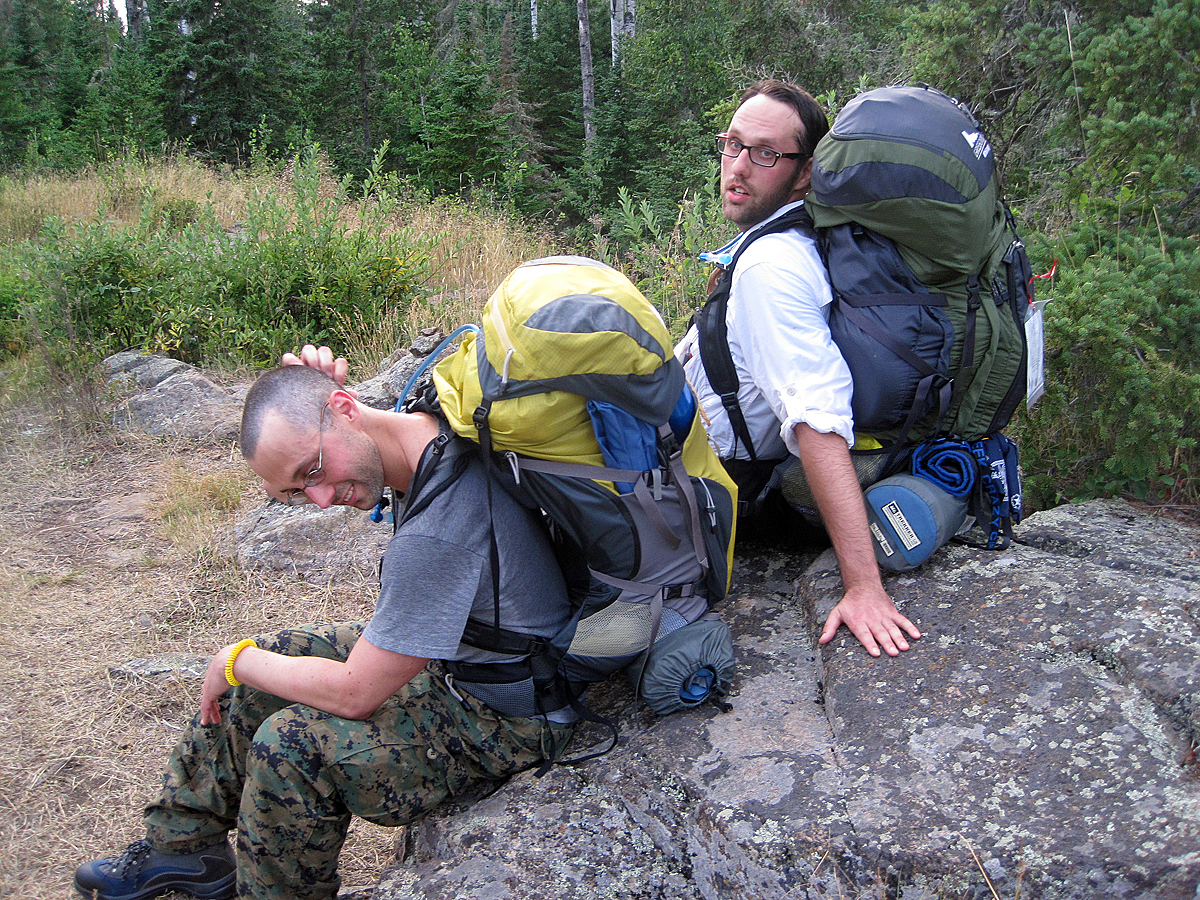 We arrived just as the final of the sun’s rays were hitting the trees of the barrier islands across Rock Harbor. The first few shelters and campsites were full, and our hearts began to sink again, but then bingo! Number 8 was available, and right on the water of Rock Harbor. 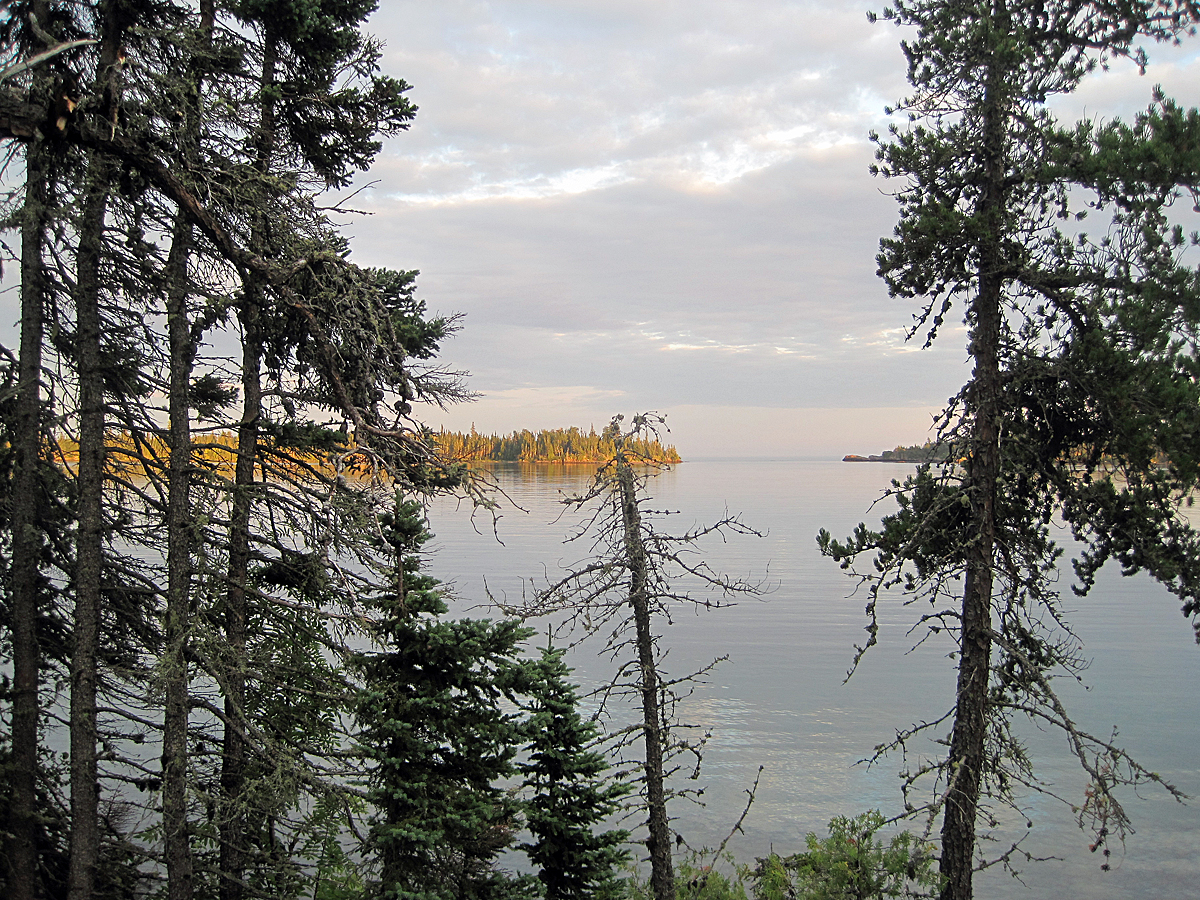 We were able to set up camp in the remaining light, and had a lantern-lit dinner before the moon rose. Soon after, we collapsed from our unexpected eleven-mile hike and double climbing of the Greenstone Ridge. It was the end of only our first day on the island. 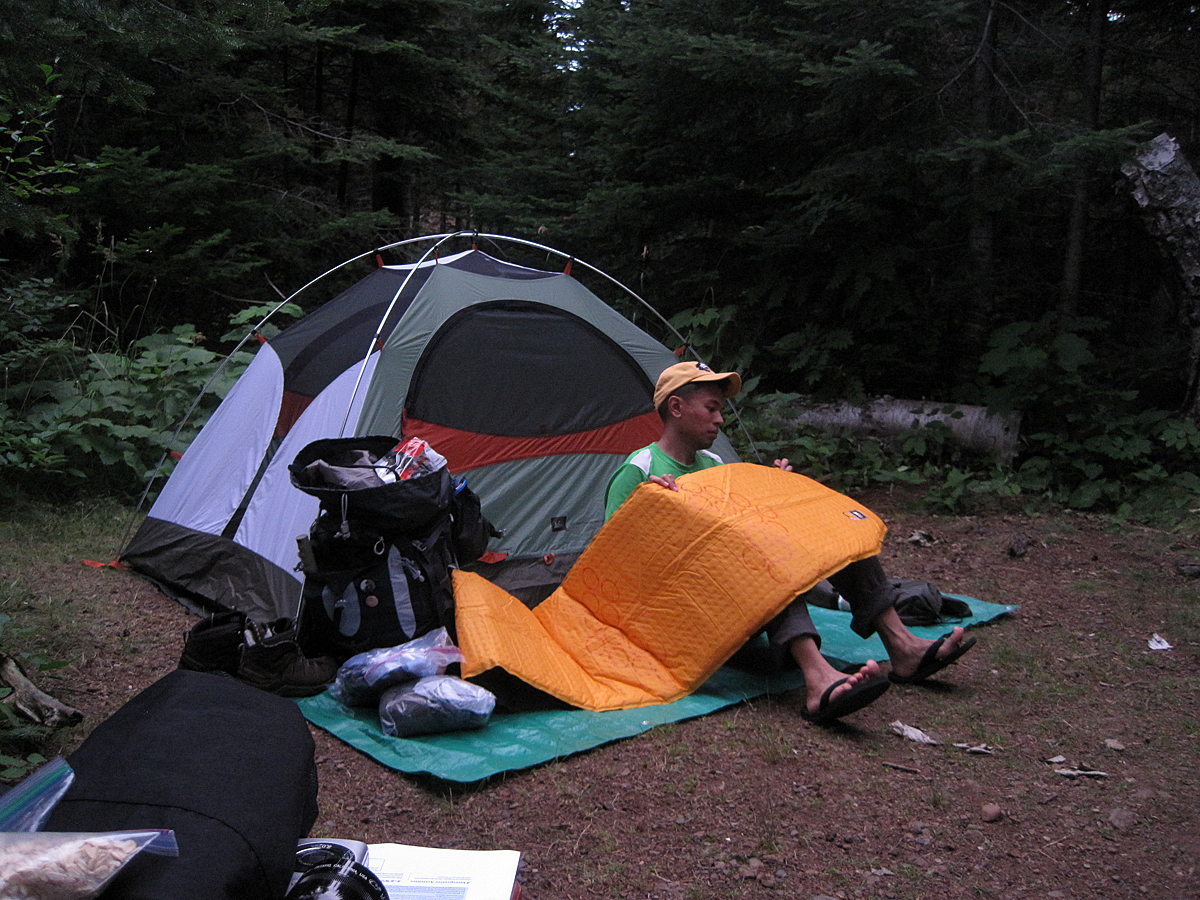 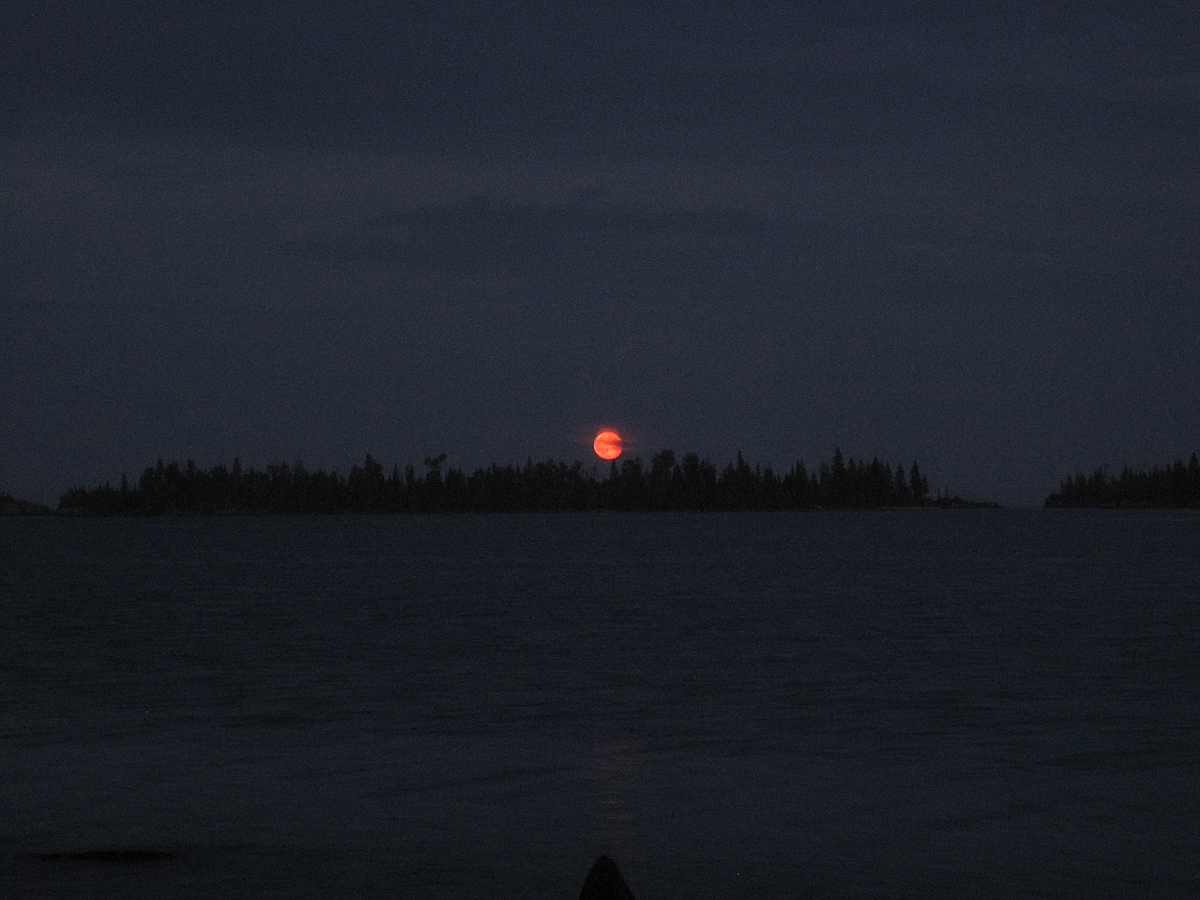 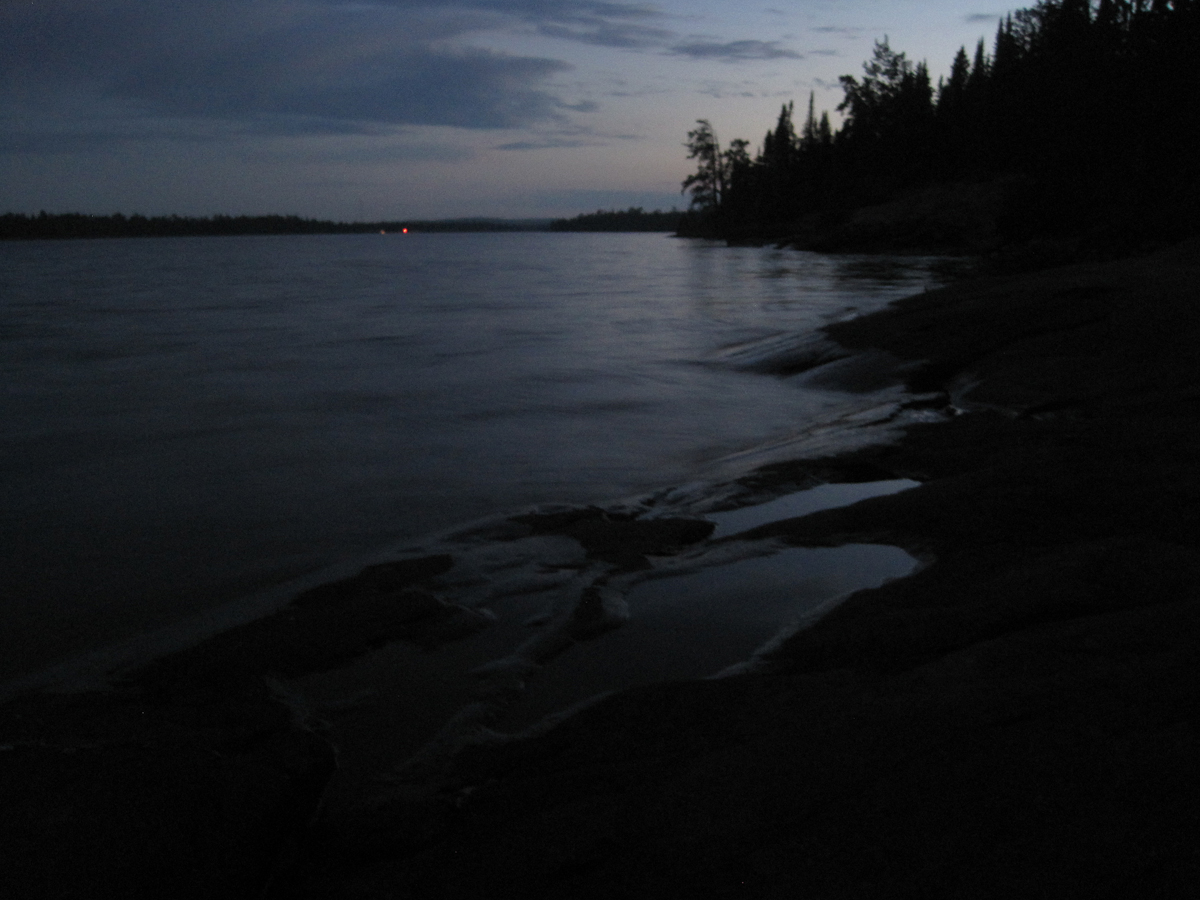 5 thoughts on “Isle Royale National Park: Lane Cove, or There and Back Again”