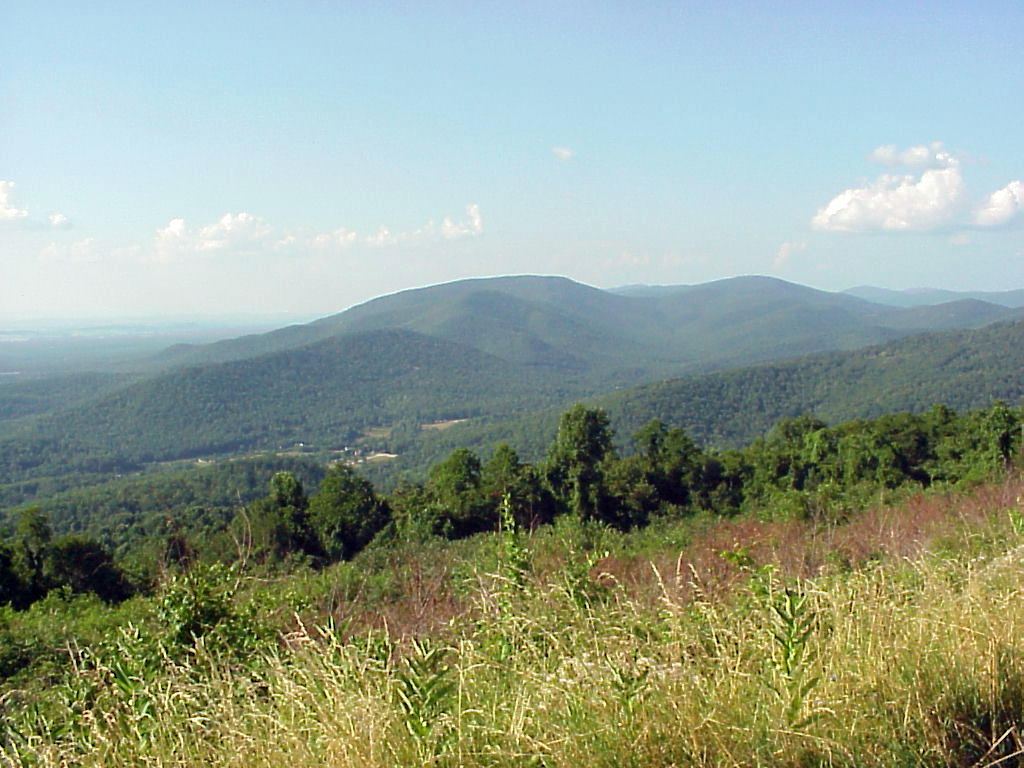 Almost a decade ago, in July 2001, my then-boyfriend, Nathaniel, and I went on a road trip from Ann Arbor, Michigan to visit a friend in D.C. After a few days in the district, we continued to Manassas National Battlefield Park in Virginia and then on to Kittyhawk, North Carolina.

On the drive back to Michigan, we passed through Virginia. Looking at the Rand McNally, I noticed that Shenandoah National Park was…in the same state that we were! And it wasn’t too far out of our way, so we decided to head to the park.

We reached the south entrance (also the northern terminus of the Blue Ridge Parkway) in the late afternoon and proceeded along the park’s famous Skyline Drive. The drive zig-zags along a stretch of the Blue Ridge Mountains, at varying times offering views west into Shenandoah Valley and east toward the Virginia piedmont. 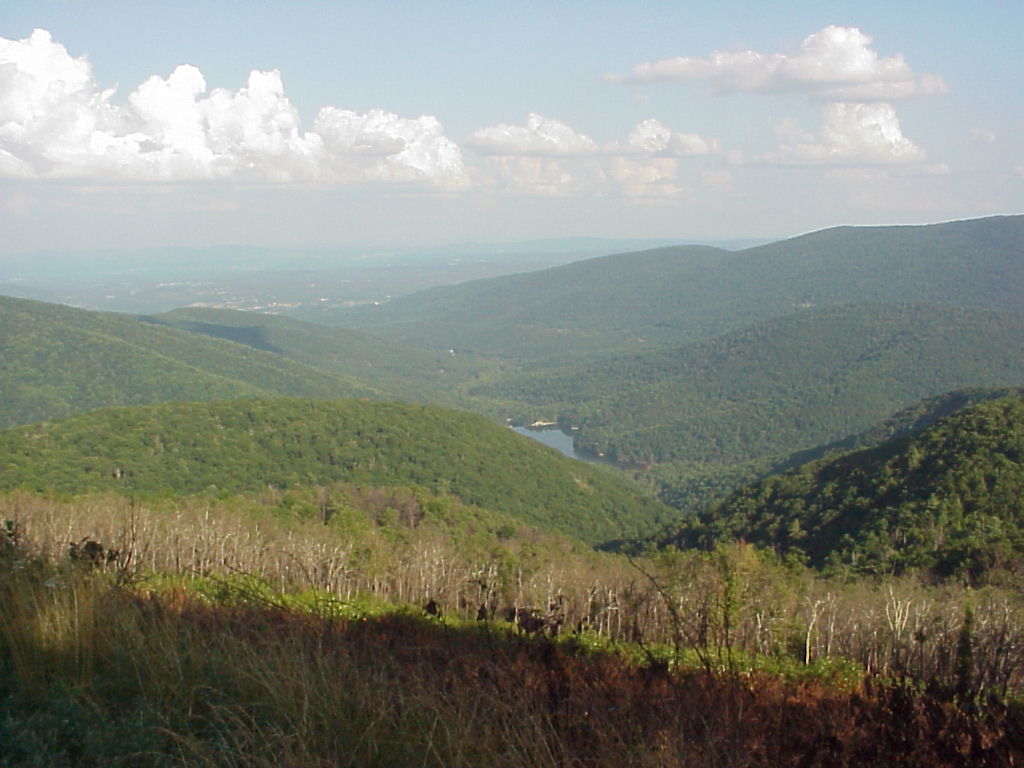 An easterly view toward the low country.

A westerly view into Shenandoah. 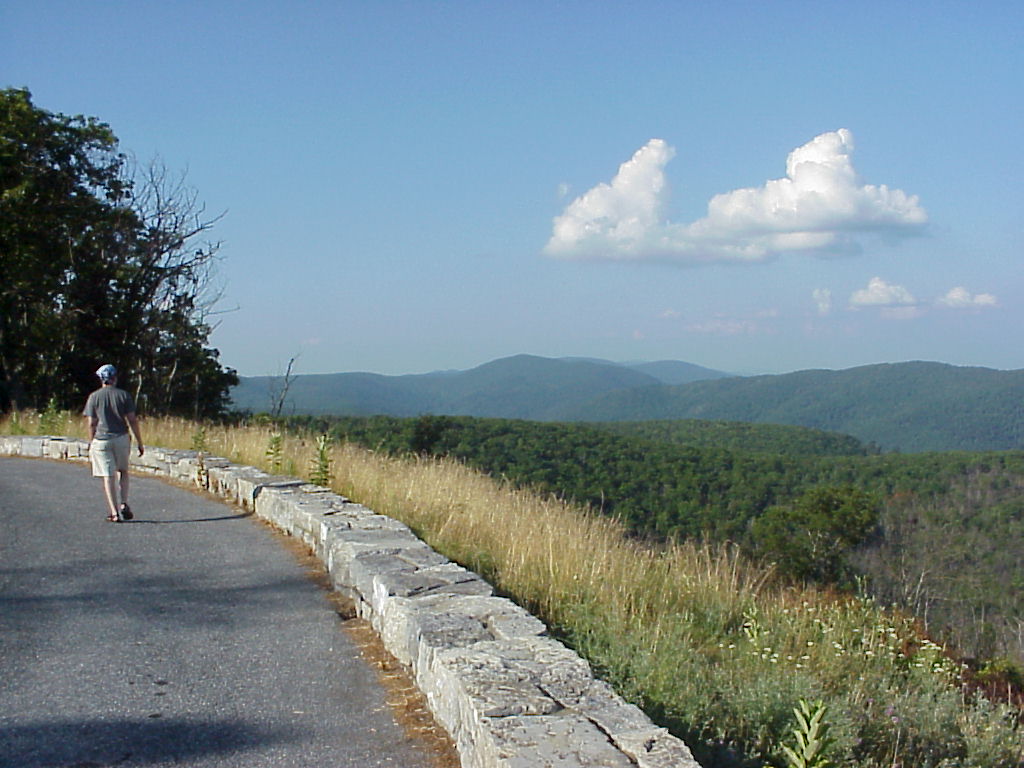 A view of me walking at an overlook (photo by Nathaniel Wright).

We continued north to the halfway point where an east-west road crosses the park and allows for a quick exit. We drove west into Shenandoah Valley and eventually through the George Washington National Forest and West Virginia, crossing the Eastern Continental Divide and the Ohio River. We continued on through the night, passing Columbus and Toledo, Ohio before reaching Ann Arbor late next morning.

(A note on the images: Ironically, in the digital age, there are only four photos from our drive through the park. We were hindered by a now-defunct technology not unlike the limitations of film. The digital camera was one wherein you insert of floppy disk (as opposed to a memory card) to store the images. Each disk held 5-10 images, and we were limited to a finite number of disks. Also, the image quality is far inferior to either the film-captured images (Grand Canyon, Yosemite) that preceded, and the high-res digital images that would follow (Cuyahoga Valley, and presumably all others). The only quirk in this timeline would occur 2.5 years later when I took a film camera to Badlands National Park.)