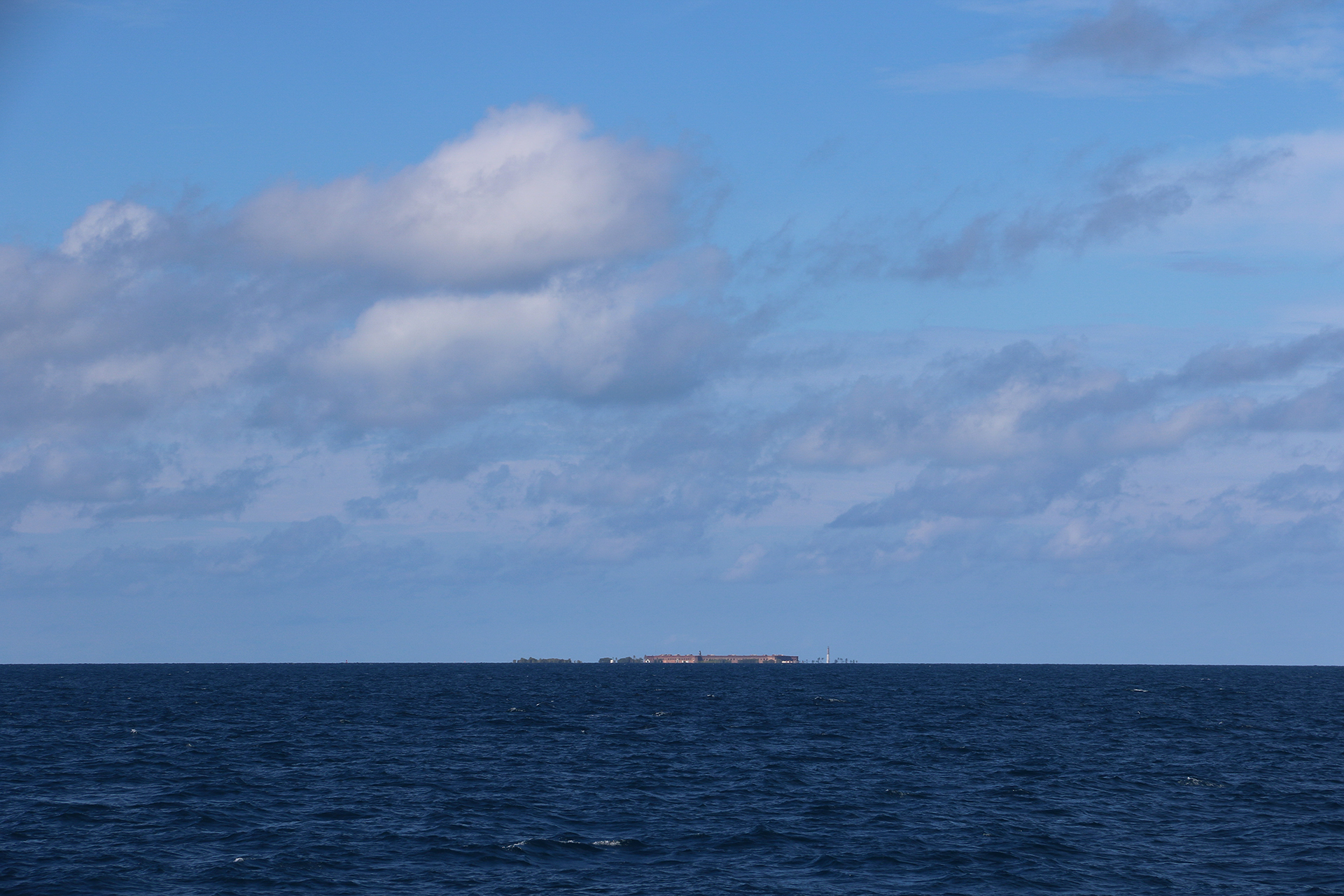 Dry Tortugas National Park protects almost 65,000 acres in the Gulf of Mexico seventy miles west of Key West, Florida. The National Park is surrounded by the Florida Keys National Marine Sanctuary and the Tortugas Ecological Reserve. While the surface area of the Park is mostly water, a handful of tiny islands rise above the waves for a total of 104 acres of land. Chief among these are Loggerhead Key, which boasts the 157-foot tall Dry Tortugas Lighthouse, and Garden Key, site of Fort Jefferson and the primary hub of visitation in the Park. Only one other island, Bush Key, of the remaining five is open to the public. President Franklin D. Roosevelt declared the Dry Tortugas island group a National Monument in 1935. The boundaries were expanded in 1983, and Congress upgraded the Monument to a National Park in 1992.

END_OF_DOCUMENT_TOKEN_TO_BE_REPLACED 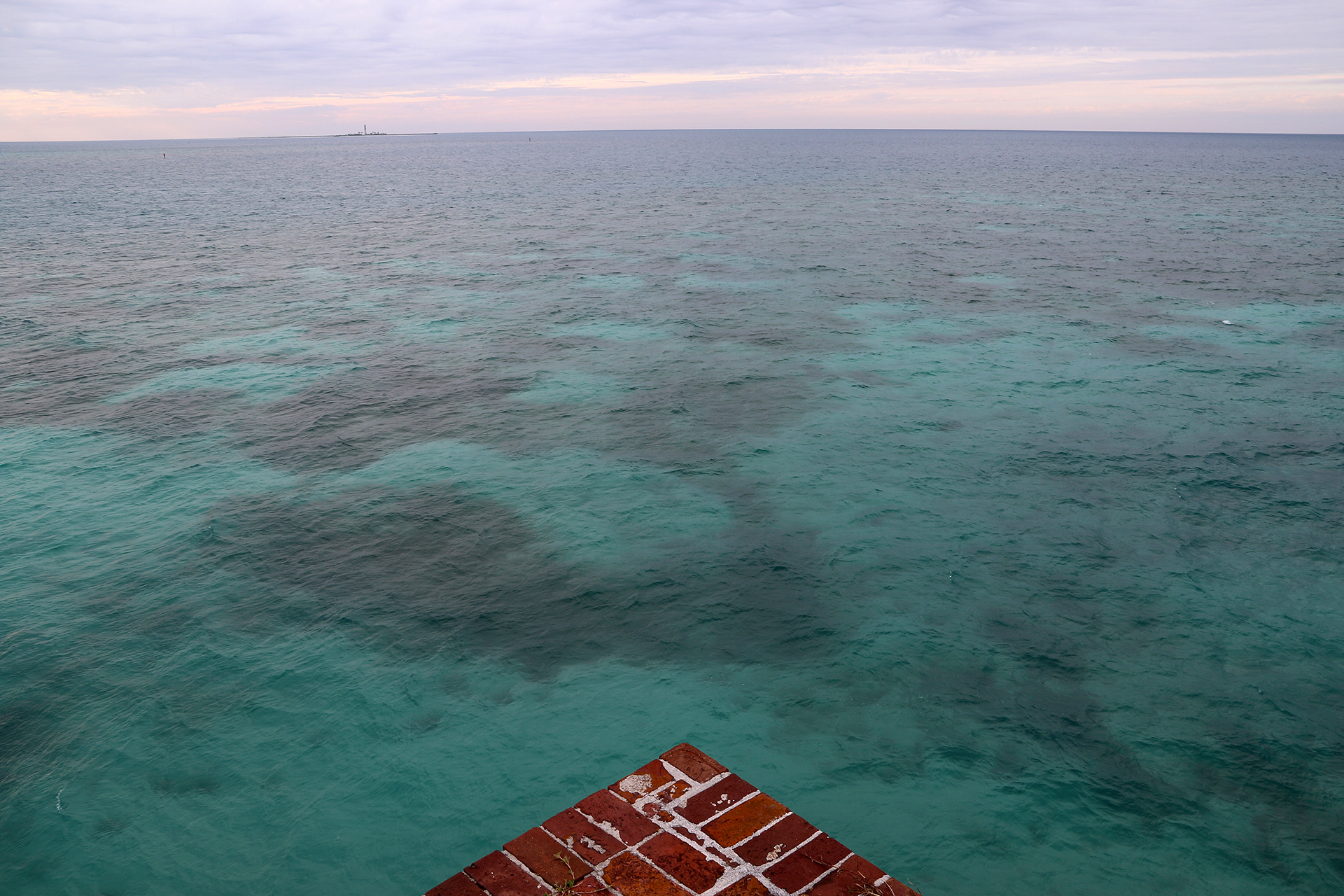 [Note: It feels strange to be writing about our trip to Dry Tortugas National Park and Biscayne National Park while those Parks are closed and damaged and while Florida is just beginning to recover from the devastation of Hurricane Irma. But these places will reopen and recover, and any part this website plays in encouraging more people to visit these Parks and spend money this winter and in years to come in the Florida Keys will, I hope, help in some small way.

As 2016 aged, Sean and I reached the conclusion of our aim to calibrate the National Parks that we had visited so that by the end of the National Park Service Centennial year we would have been to the same National Parks. After our descent of the Grand Staircase, Sean had been to twenty-one Parks to my twenty Parks since he had been to Dry Tortugas National Park during a spring break trip to Key West while he was at Michigan State University in the 1990s. He had caught up to Yosemite, Shenandoah, and Grand Canyon, and now it was my turn. We would, logically, add Biscayne National Park to our trip, thereby ending 2016 with our visited-Parks number at a not-too-shabby twenty-two.

END_OF_DOCUMENT_TOKEN_TO_BE_REPLACED 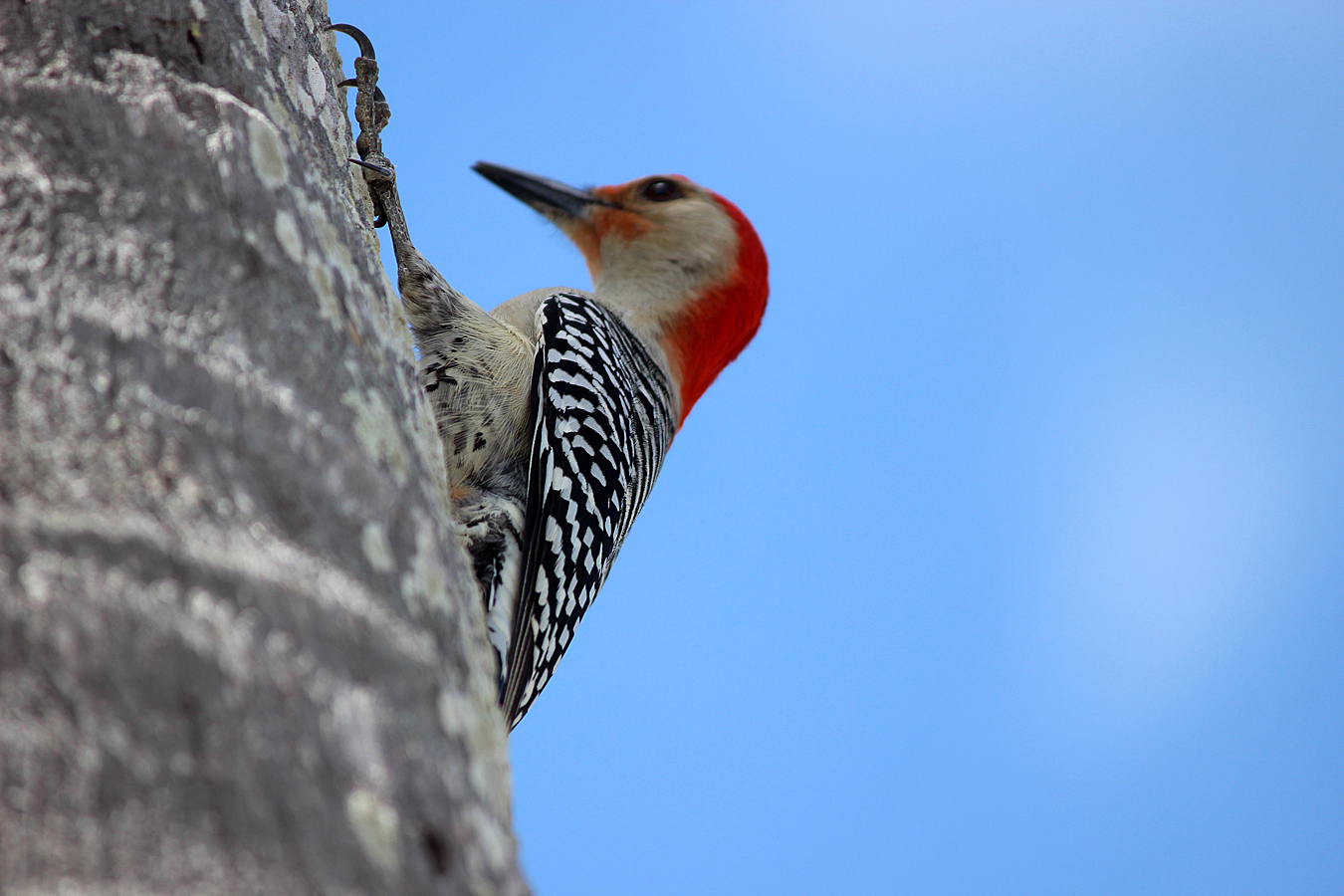 Unsurprisingly, even a short trip to Everglades National Park yielded the longest confirmed species list I’ve yet compiled in a National Park. We certainly spotted more species than those listed here, particularly trees and insects. Nevertheless, the following are the identifications I am confident in.

END_OF_DOCUMENT_TOKEN_TO_BE_REPLACED 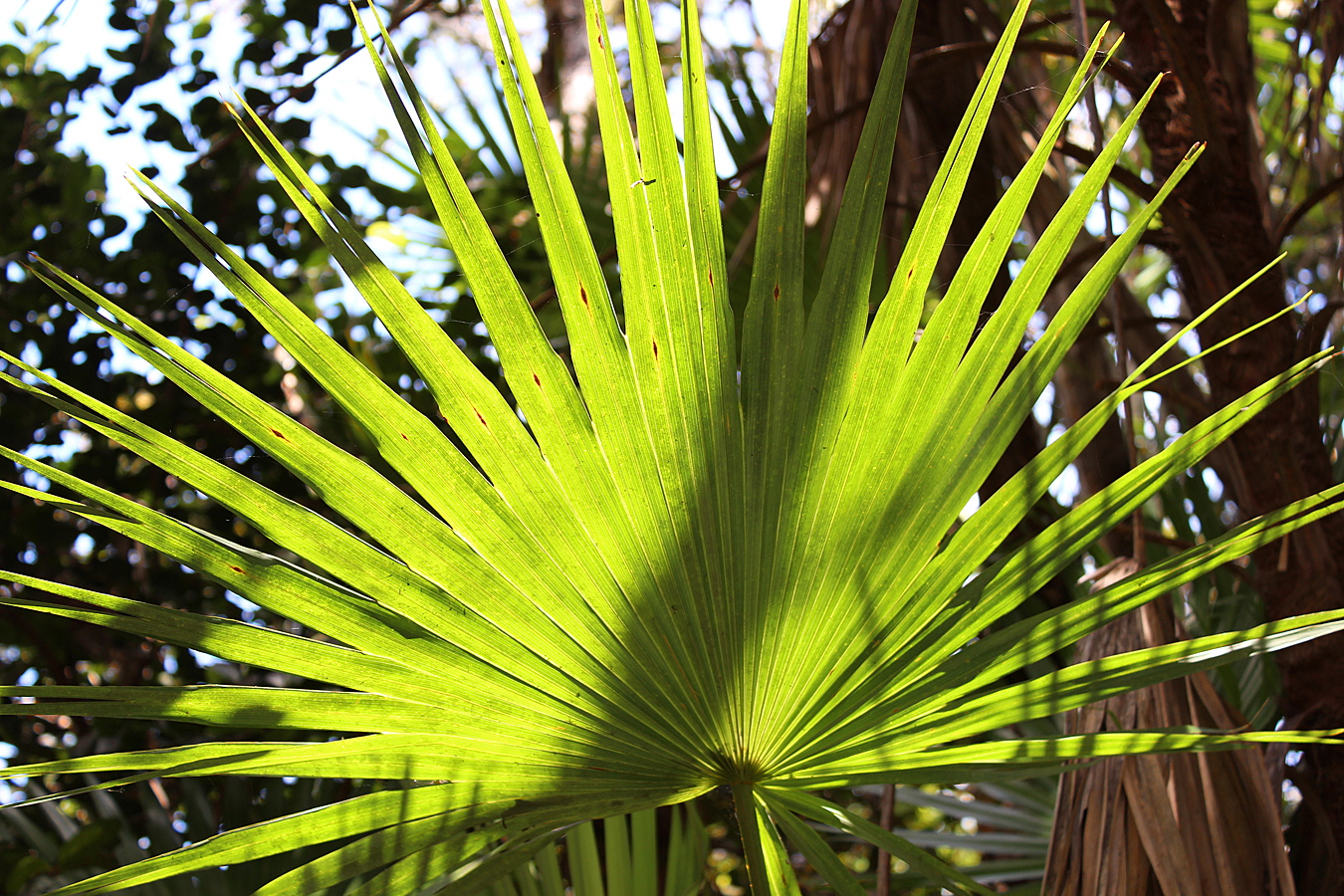 Our final stop in Everglades National Park was Mahogany Hammock, a hardwood hammock or island of dense trees and vegetation rising inches above the sawgrass prairie. It was the afternoon of Sunday, April 12, and our two-day visit to the Everglades was coming to its end.

Beyond the opportunity to visit a hammock ecosystem, we were attracted to this particular hammock because it boasts the largest Mahogany tree in the United States. The hammocks are areas of higher ground that are not flooded in the wet season. They are able to support an array of trees and plants are feel dense and jungle-like.

END_OF_DOCUMENT_TOKEN_TO_BE_REPLACED 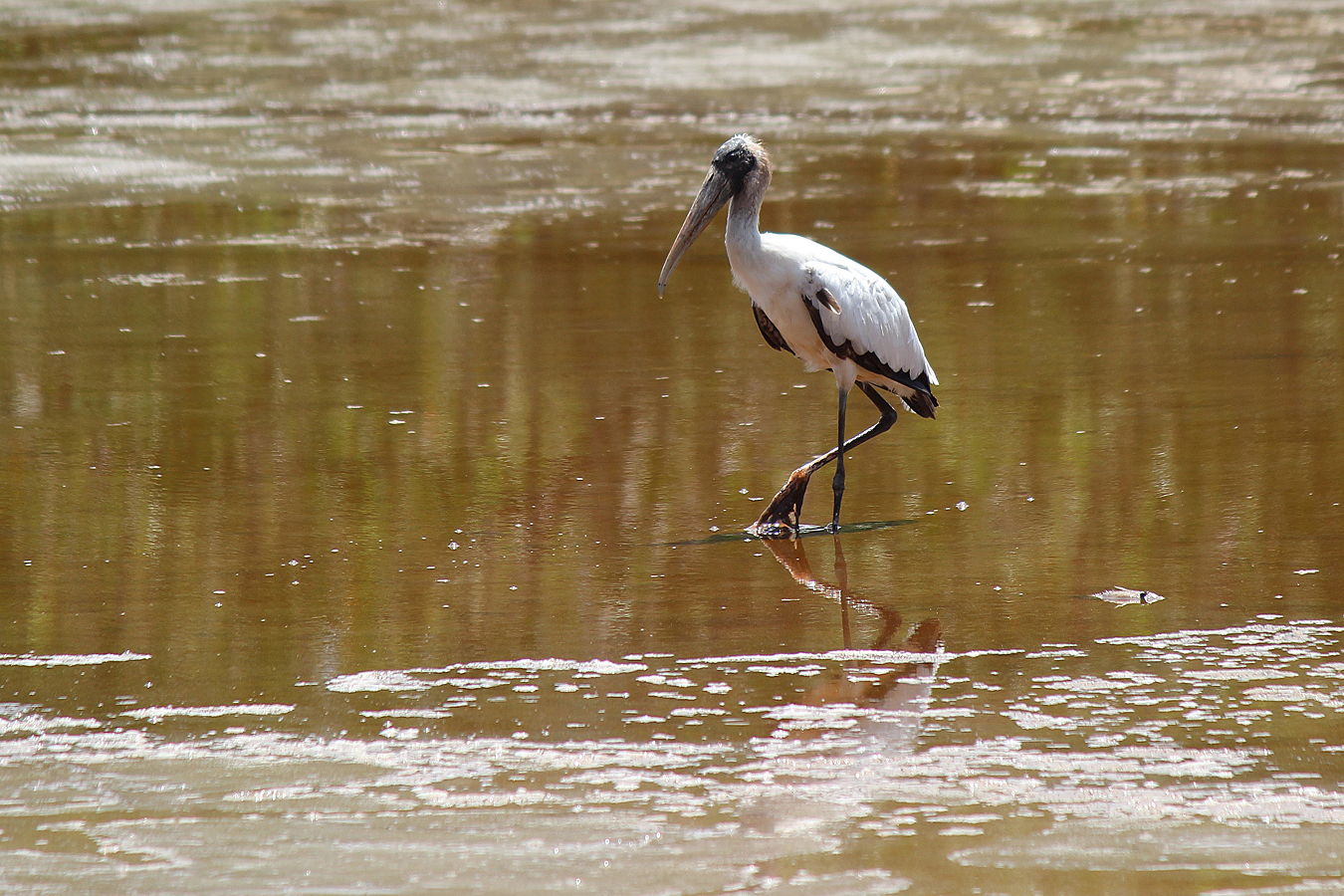 After our boat tour of the Everglades backcountry on Sunday, April 12, it was time to say goodbye to Flamingo at the end of the park road and begin the journey back to Lake Ashton. Although it was early afternoon, none of us was particularly hungry. So instead of grabbing a bite at Buttonwood Cafe, we began the drive, knowing that we’d stop at least a few times before we left the park.

The first stop, not far from Flamingo, was small Mrazek Pond, visible from the road with an area to pull over and park. We’d noticed the pond and that it boasted bird life on the way to Flamingo the previous afternoon. Now we were going to have a look.

END_OF_DOCUMENT_TOKEN_TO_BE_REPLACED 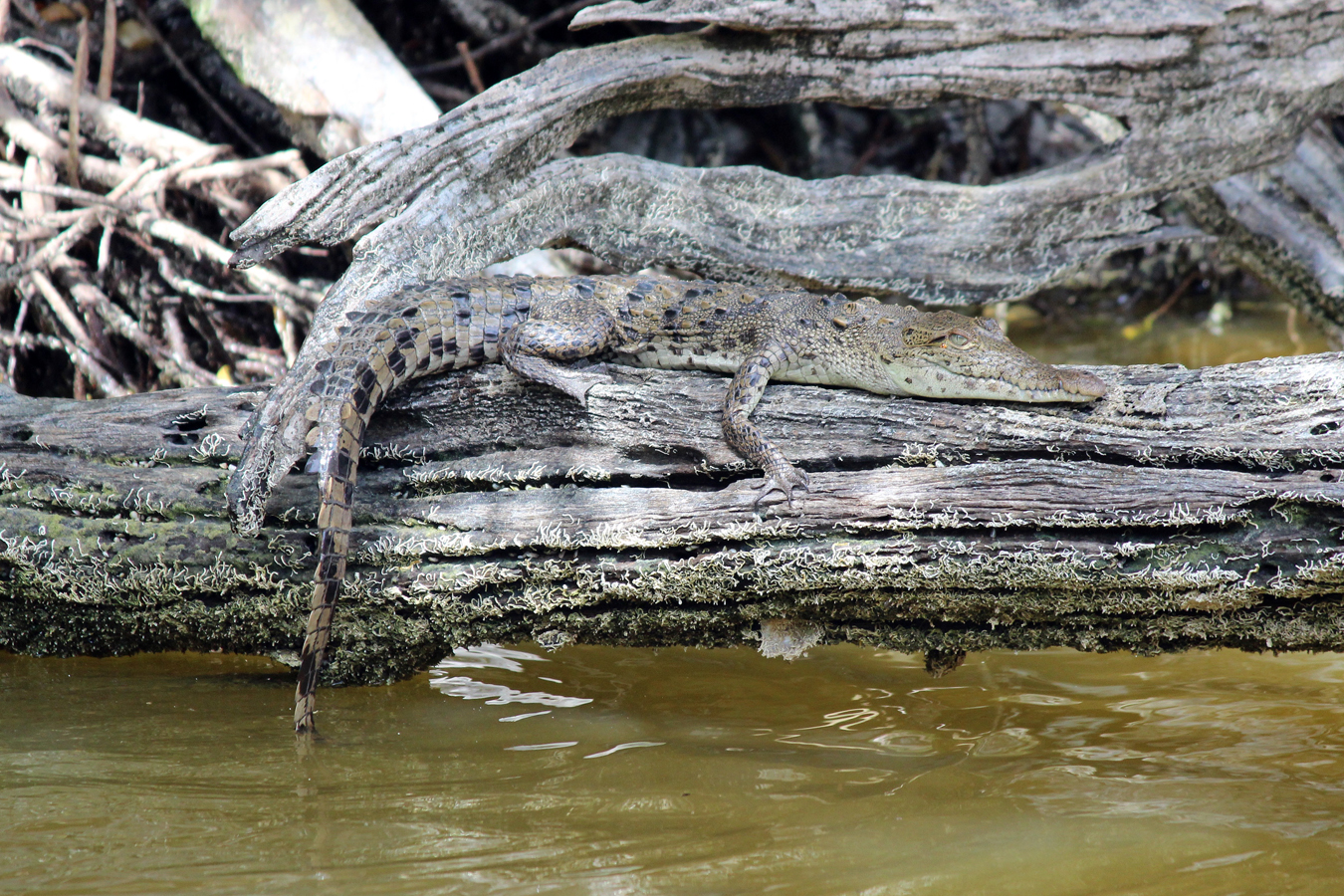 It was late morning on Sunday, April 12. After visiting Anhinga Trail and Pa-Hay-Okee Overlook, my parents, Sean, and I were on the pontoon boat, The Sawfish, waiting to depart Flamingo Marina for the concessionaire-operated Backcountry Tour of Everglades National Park.

The tour would give us just a taste of the Park’s vast mangrove estuaries, where the freshwater of the Everglades spills into the saltwater of the Gulf of Mexico and Florida Bay, creating a fertile nursery for fish, invertebrates, reptiles, and birds. The tour travels the first ten miles of the ninety-nine-mile Wilderness Waterway, a marked paddling trail that stretches from Flamingo to Everglades City.

END_OF_DOCUMENT_TOKEN_TO_BE_REPLACED 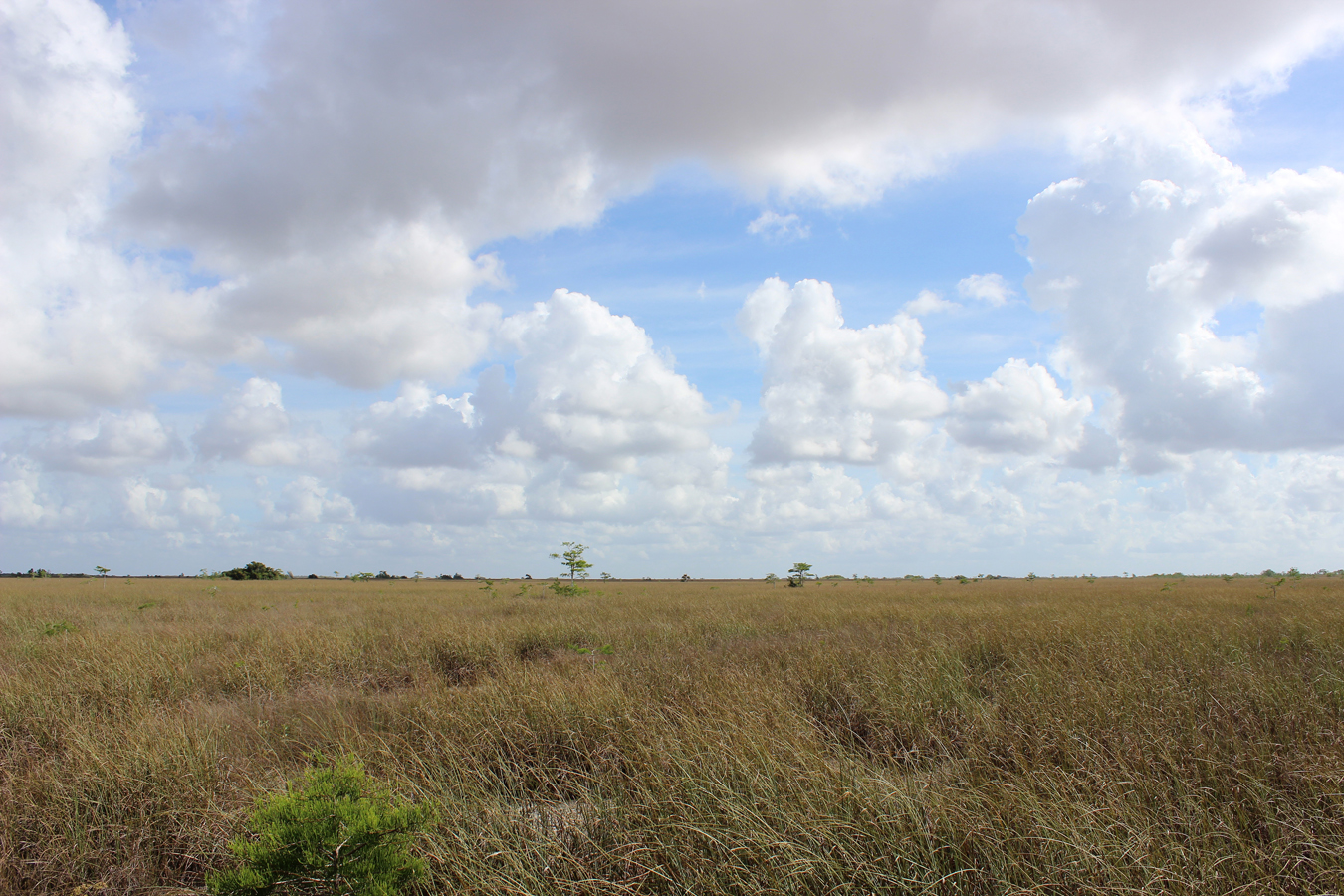 There are no other Everglades in the world.

They are, they have always been, one of the unique regions of the earth, remote, never wholly known. Nothing anywhere else is like them: their vast glittering openness, wider than the enormous visible round of the horizon, the racing free saltness and sweetness of their massive winds, under the dazzling blue heights of space. They are unique also in their simplicity, the diversity, the related harmony of the forms of life they enclose. The miracle of the light pours over the green and brown expanse of saw grass and of water, shining and slow-moving below, the grass and water is the meaning and the central fact of the Everglades of Florida. It is a river of grass.

Everglades National Park was established in 1947 and protects more than 1.5-million acres of sawgrass prairie, mangrove estuaries, pine rocklands, hardwood hammocks, and Florida Bay. It was the first National Park created specifically for wildlife, to save a threatened ecosystem. It is a UNESCO World Heritage Site and an International Biosphere Reserve.

Yet for all that, it is one of the most threatened landscapes on the continent.

END_OF_DOCUMENT_TOKEN_TO_BE_REPLACED 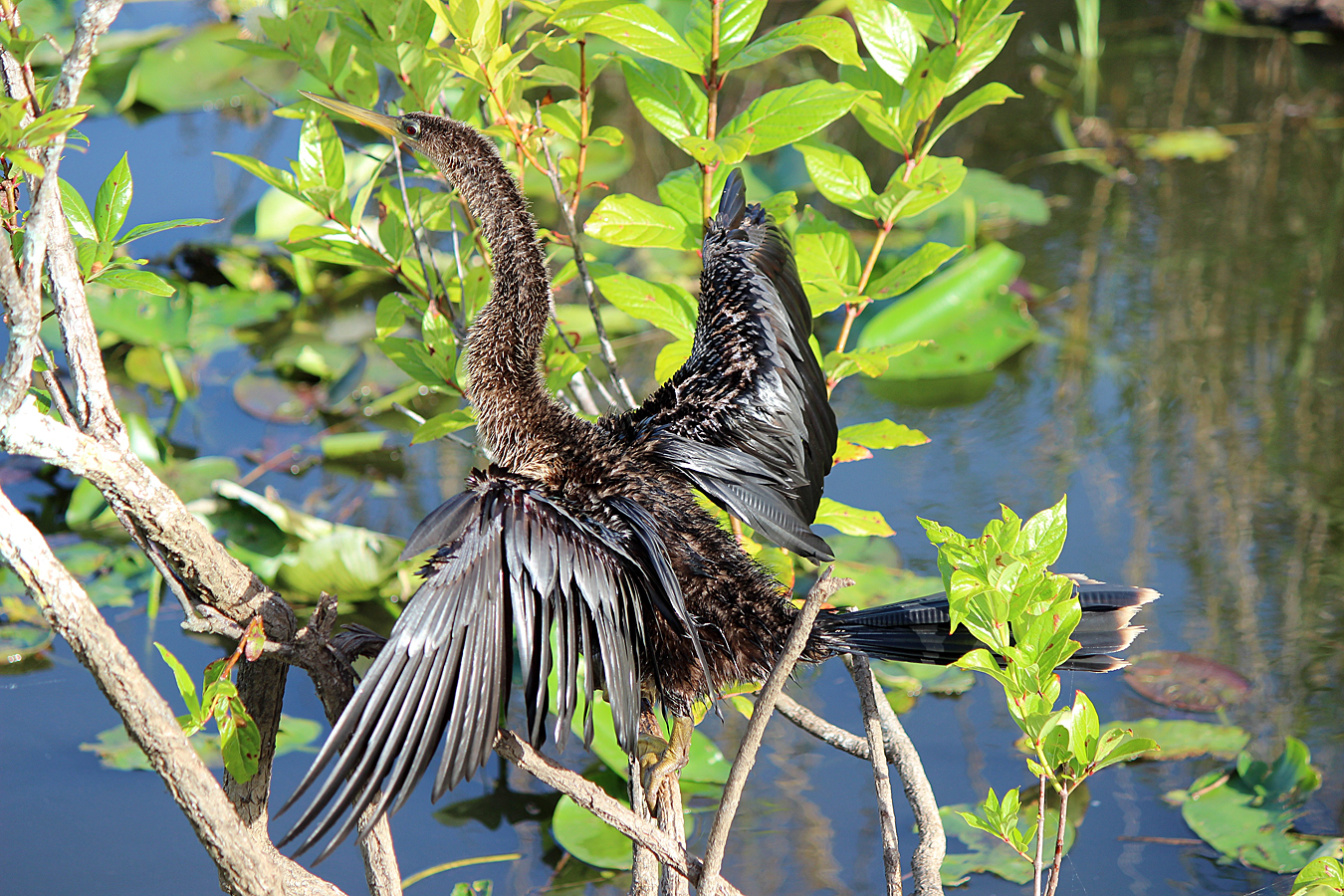 Sunday, April 12, Sean, my parents, and I woke up at 6am at our hotel in Homestead. We wanted to get an early start to be able to see much along Everglades National Park’s scenic drive before we had to be in Flamingo for our 11am backcountry boat tour. Our first stop that morning would be Anhinga Trail, not far from the Park entrance in a section of the Park that had been a Florida State Park before the National Park was established. The trail was highly recommended by my Openlands coworker and friend, Linda, as well as by various guides.

END_OF_DOCUMENT_TOKEN_TO_BE_REPLACED 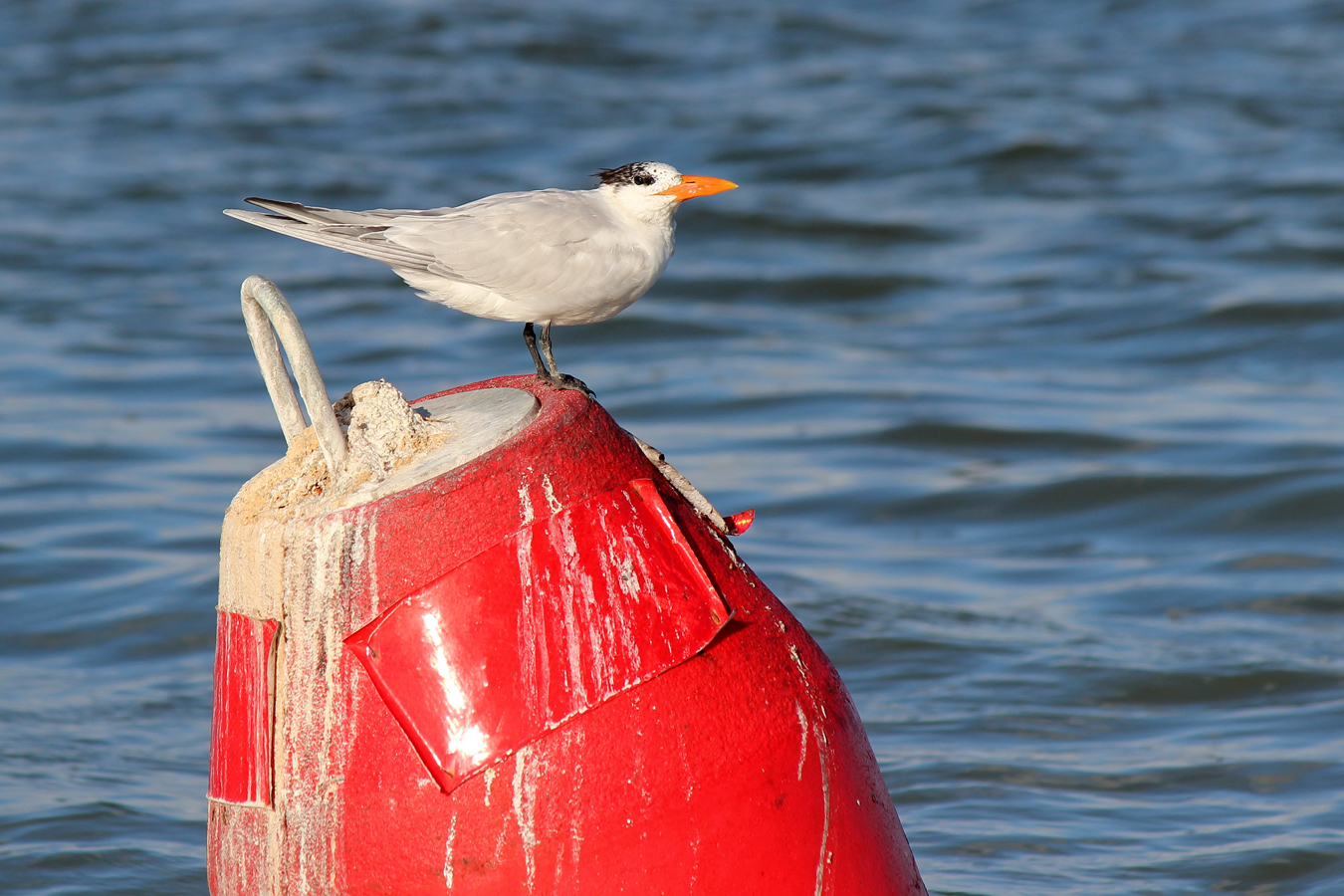 We had tickets for the sunset tour of Florida Bay on Saturday evening, April 11 at 6pm. From our hotel in Homestead, the park entrance was about a twenty-minute drive. Flamingo, where the marina was located, was another thirty-eight miles away at the end of the park road. We didn’t want to be late, so after we’d dropped our bags at the hotel, used the restroom, and refilled our water bottles, we set out toward Everglades National Park.

END_OF_DOCUMENT_TOKEN_TO_BE_REPLACED 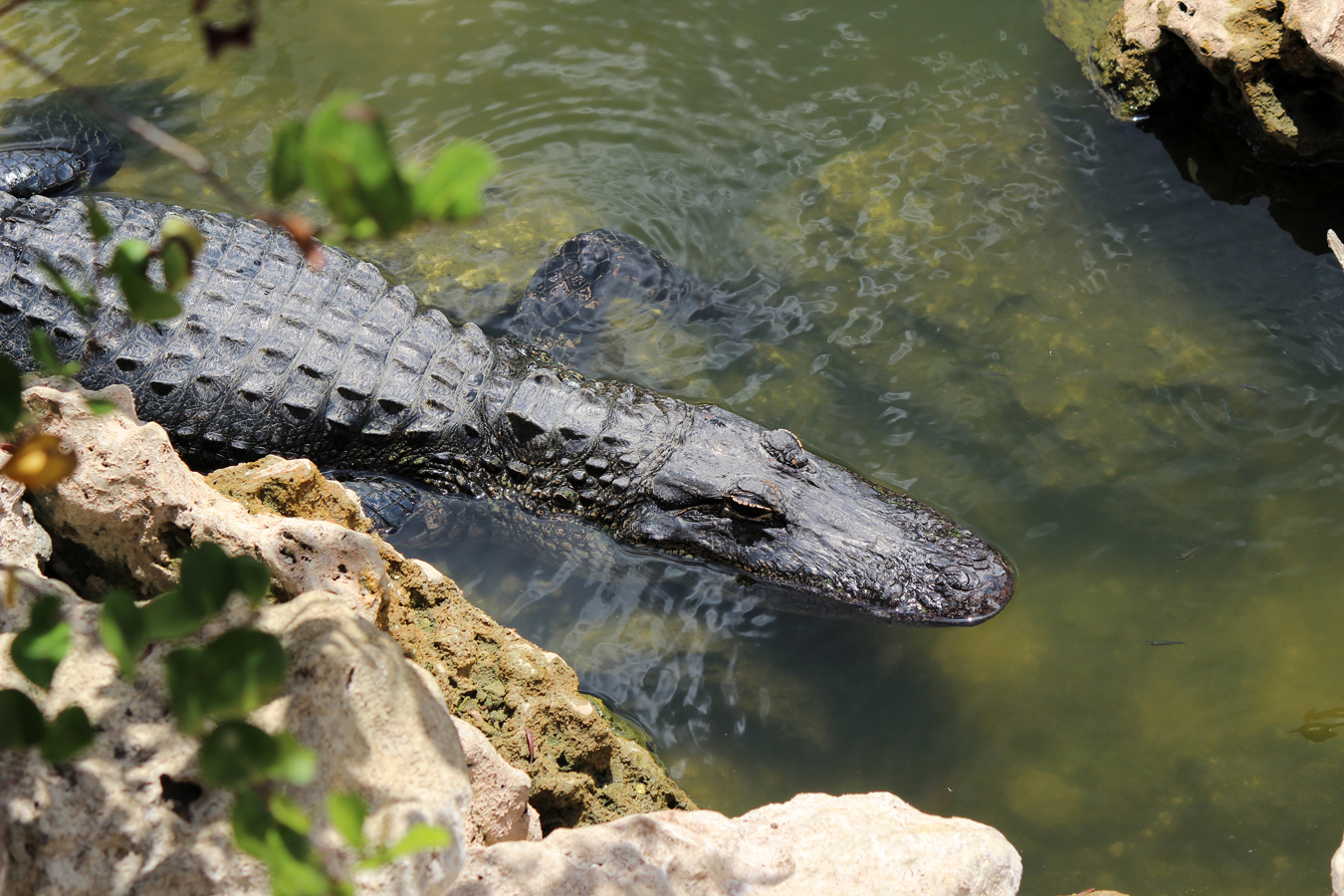 Our journey to Everglades National Park began on Saturday, April 11 at Lake Ashton, the retirement community my parents were renting a house in for March and April. Sean and I had flown from Chicago after work on Thursday. Friday evening we’d spent packing for the Everglades and preparing a picnic lunch for Saturday afternoon.

Our first destination was Big Cypress National Preserve, which protects 729,000 acres of the northwestern section of the Everglades ecosystem. Because of the habitat diversity in the Preserve, it is critical for the endangered Florida Panther. Some 30-40 panthers live in the Preserve, compared with 8-10 in Everglades National Park. Although it was part of the original proposal for the National Park, the Big Cypress Swamp was ultimately not included in the Park when it was established in 1947. Two major east-west thoroughfares bisect the Preserve, I-75 (nicknamed Alligator Alley) and US 41 Tamiami Trail.

END_OF_DOCUMENT_TOKEN_TO_BE_REPLACED

As They Are: Exploring the National Parks
Blog at WordPress.com.